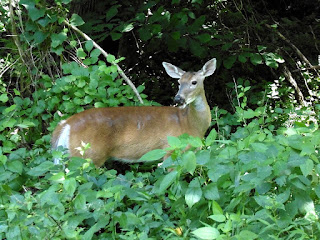 Whatever your interest in or aversion to white-tailed deer, you may eventually see fewer of them sprinting across the road, eating your cabbage or magnified in your rifle scope. The reason: chronic wasting disease, a fatal, incurable affliction that continues to spread through four states in the Chesapeake Bay watershed.

Hunters and wildlife managers in the region can do little but slow the spread, hoping to head off the kind of scenario that has devastated deer populations in a few other states. 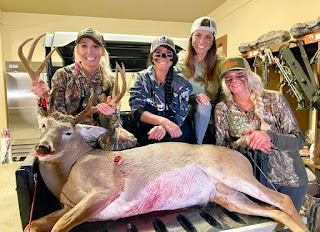 Though the number of deer found with CWD in Bay watershed states is relatively low so far — a total of 1,309 in Pennsylvania, Maryland, Virginia and West Virginia — the disease is expanding into new areas of each state. (New York found five CWD deer on a captive deer farm in 2005 but no infected deer have been found in the wild. CWD has not been found in Delaware.)

Pennsylvania, the state with the nation’s third-highest buck kill and second-highest number of deer hunters, has been particularly aggressive in thinning out deer populations to stop the spread in four affected areas in the state since CWD was first found there in 2012.

Yet, during hunting seasons last fall, the incidence of reported CWD rose in one disease management area to 14% of all deer shot, up from 8% the previous year. It was, said the Pennsylvania Game Commission’s top wildlife manager, “a punch in the stomach.” 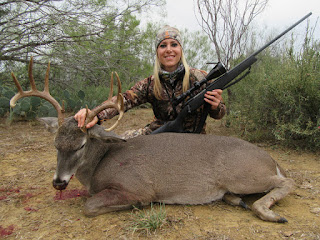 “Unfortunately, the road you seem to be heading down right now will likely lead to a lot more of those punches in the stomach,” warned Bryan Richards, a wildlife biologist with the U.S. Geological Survey’s National Wildlife Health Center at a recent virtual forum about CWD in Pennsylvania.

In Virginia, where CWD was first detected in 2009, diseased deer have been reported in seven new counties over the last two years.
. . .
“We’re approaching this realistically. I don’t think we can stop it from spreading,” said Brian Eyler, deer project leader for the Maryland Department of Natural Resources.

So far, no humans or livestock have gotten sick from eating or coming in contact with infected deer — unlike mad cow disease, to which CWD is related. But in one lab experiment, monkeys fed a diet of infected meat did contract the disease. As a precaution, national health officials advise against eating venison from a deer found with CWD. Some food banks no longer accept venison donations.

“It’s a game changer if it spreads to humans,” Eyler said. 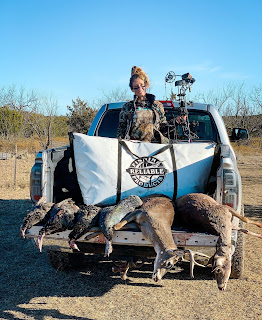 CWD is thought to be caused by malformed or “folded” proteins in the animal’s brain, called prions, produced in the bodies of white-tailed deer and other cervids such as mule deer, moose, elk and reindeer/caribou. These aberrant proteins pass on the malformation to normal proteins, spreading the condition through the brain. The accumulating folded proteins riddle the brain tissue with tiny holes, rendering it spongelike and increasingly dysfunctional. As the brain impairment progresses, it causes health effects such as emaciation, but also significant behavioral changes — and invariably death.

Scientists say it is possible that prion-infected body fluids left behind by sick deer can remain viable on the ground or other surfaces for years, perhaps decades. There is no sign that deer are building up a resistance to the disease.

“Many hunters have never seen [an obviously] sick deer with CWD. It’s hard for them to fathom this clinical killer is out there. But [it is]. CWD is a death sentence for every deer that catches it,” said Richards of the USGS. The disease can take up to two years to kill an otherwise healthy deer. During that time, with associated brain impairment, the animal is much more likely to be hit by a car than a hunter’s bullet.

CWD was first detected in North America in a mule deer at a government research facility in Colorado in 1967. Since then, it has spread to 26 states.

Georgia won't miss the deer, but prion diseases scare me.