A bountiful crop this bright and frosty morning, thanks in large part to the second attack on the Capitol yesterday, resulting in the death of yet another Capitol policeman, and the perpetrator. Technically, this shouldn't be election related at all, but thanks to the Capitol incursion, it need discussion in the same vein. The actual attack (if that's what it really was) occurred around 1 PM. Matt Margolis at PJ Media with the breaking news, Capitol Police Officer and Suspect Dead Following Knife Incident

The Capitol Police Twitter account reports that “USCP is responding to the North Barricade vehicle access point along Independence Avenue for reports someone rammed a vehicle into two USCP officers. A suspect is in custody. Both officers are injured. All three have been transported to the hospital.” USCP later corrected the announcement, clarifying that the vehicle incident occurred on Constitution Avenue, not Independence Avenue.

The driver of the car let the car, and attacked the officers, and was shot and later died. AllahPundit at Hot Hair has the detail, Suspect Killed After Ramming Two Police Officers With Car At Capitol; Update: Officer Dead; Update: Suspect ID’d? Update: Officer ID’d. The officer was identified as William "Billy" Evans, and the perp as a 25 year old Indiana man named Noah Green. Ace, Media Holds Its Breath To Find Out If Story About a Man Ramming the Capitol Hill Barricades Is a Story Or Not, Depending On His Race pdate: Suspect Dead; One Cop Reportedly Dead; Multiracial White Supremacy Again?

If he's white, it's a Major National Story.

If it turns out he has a name like Aminadab Gaxiola Gonzalez, then it's not a story, and anyone asking why it's not a story will be declared to be a racist by a Daily Beast racist.

Without having the slightest clue about the "security incident" at the Capitol, I'ma go ahead and call white nationalist terrorism on this one.

Matt Margolis again, Capitol Attacker Identified, and the Left Won't Like This Not trying to hold you in suspense too, long, it turns out the perpetrator was a black follower of Nation of Islam, and Louis Farrakhan. NYPo, Suspect who smashed into barrier at US Capitol identified as Noah Green "Noah Green, 25, who may have been living in Virginia, described himself as a “Follower of Farrakhan” on his Facebook page, in reference to Nation of Islam leader Louis Farrakhan." Insty, DOWN THE MEMORY HOLE IN 3..2..1: Suspect who smashed into barrier at US Capitol identified: reports. Nick Arama at Red State, Video of Alleged Suspect in Capitol Incident, Suspect IDed as Alleged Member of Nation of Islam. Sundance at CTH, Ideological Follower of Louis Farrakhan Attacks White House, One Officer Killed – Capitol Hill Police Cannot Find Motive, Media Deflect Identity of Suspect and, of course Ace, Capitol Vehicular Insurrectionist Identified as Noah Green, Black Nationalist and Nation of Islam Follower "White Black Nationalism did this." Stacy McCain, Report: Nation of Islam Supporter Killed After Attacking Cops at U.S. Capitol
And a day follows night (and vice versa) via the Wombat's In The Mailbox: 04.02.21,  Weasel Zippers, Facebook Deletes All Mention Of Capitol Hill Attacker, no good anti-white supremist story, no good anti-gun story. Also, The Geller Report: Capitol Attacker Is Farrakhan Follower
And of the original Capitol incursion? Wa Ex has Capitol Police watchdog's preliminary report on Jan. 6 riot criticizes 'deficiencies'. Ya think? 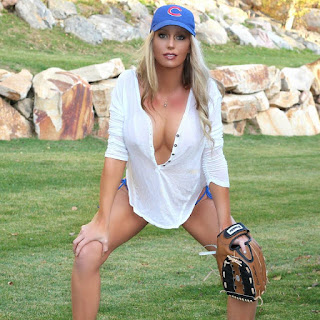 And on to the next major topic, ESPN, MLB moving 2021 All-Star Game from Atlanta over Georgia voting law

Major League Baseball announced Friday that it is moving the 2021 All-Star Game out of Atlanta in response to a new Georgia law that has civil rights groups concerned about its potential to restrict voting access for people of color.

The 2021 MLB draft, a new addition to All-Star Game festivities this year, will also be relocated. 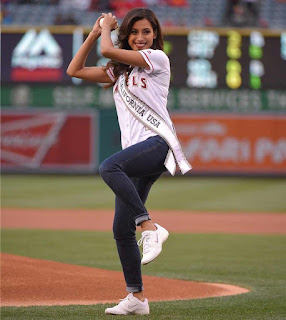 This is another step on the continuum. It is remarkable how many corporations; and yes, professional sports are corporations first and foremost; are willing to collapse their business model on behalf of wokeism and political ideology. However, that said, this is a predictable step when you think about our earlier discussions of blue regions and red regions and how they would break-down in a soft civil war surrounding politics and freedom. 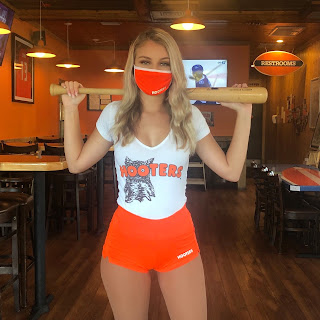 NR,  MLB Moving All-Star Game from Atlanta over New Georgia Voting Law. Also from the Wombat's In The Mailbox: 04.02.21, Paul Mirengoff at Power Line says Down with Major League Baseball! and Ace, Your Friends at Major League Baseball Are Attacking the Citizens and Economy of Georgia on Behalf of the Democrat Party and Their Radical Racist Election-Rigging Activist Base

Because the perp in what I'm calling "The Capitol Vehicular Insurgency" is black, this is officially not a Major National Story, so I'm moving on.

Like CNN and MSNBC and the NYT and NPR and ABC and NBC and CBS and the Washington Post and AP and Reuters and Bloomberg all are.

Here's your daily reminder that we are all feeding your enemies who want to harass, imprison, dominate and kill you. . . .

I'd boycott MLB, but I can't since I don't watch it or go to games already. Maybe they could start a lingerie league? Twitchy, LeBron James gets dragged in epic fashion after declaring his support of MLB pulling the All-Star Game out of Georgia

Things LeBron is okay with: the systematic rape of Uyghur women.

Things LeBron is not okay with: making Georgia voters request absentee ballots eleven days before an election so they have enough time to mail them back by Election Day. https://t.co/e57Op1zMcA 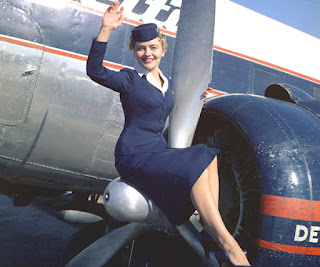 Reagan McCarthy at Town Hall, Gov. Kemp Will Not be 'Bullied' By Woke Corporations Outraged Over Common-Sense Voting Bill. The editors of NR are trying to refurbish their conservative credentials with Georgia Should Stand Up to Corporate Bullies. Actually, it's the corporations that need to stand up to woke bullies. Shut up and play ball (or fly the damn plane)! Sean Davis at NYPo, Liberals pressure corporations into Georgia boycotts — it’s time to ignore the mobs And the WSJ editors decry Woke and Weak CEOs

John McCormack at NR, Ossoff Breaks with Biden, Opposes Call to Move MLB All-Star Game from Georgia. I hope this pisses of the state into voting Republican for the next 200 years.

AllahPundit at Hot Hair, who also appears to be trying to re-establish his conservative bona-fides in the wake of the 2020 election, White House Still Lying About What Georgia’s Election Law Says. He's just repeating what he's heard. Althouse notes WaPoo's Glenn Kessler admitting to Biden's lies, "Though still early in his presidency, these three false claims have been repeated by President Biden despite previous fact-checking.". The Dispatch explains Why State Election Reform Bills Don’t Signal a New Jim Crow Era.Geoff Duncan at USA Today, Georgia's election reform law isn't voter suppression, but Republicans need to ease up "Republicans have a huge hole to climb out of because of the 2020 election. Conservatism shouldn’t be confused as divisive or mean-spirited." No, they don't need to ease up, but they do need to explain it. Sister Toldja at Red State, Democrat Lawyer Marc Elias Uses Photo of Black Woman to Explain Georgia Voting Law, It Does Not Go Well

The new Georgia law will require voters to submit ID to vote by mail. If they use their driver's license, they need to provide the #.

One of the two numbers below is correct. If they put the other, it will be rejected.

Are you sure you would pick the right one? pic.twitter.com/3yQZAgioLO

So, like they wouldn’t be able to figure out that the number beside where it says “DL NO.” is the one they are supposed to use? Please also note that the sample driver’s license he used was one that included a photo of a black woman. He got called out on the racism in rather spectacular fashion, including by RedState’s Jeff Charles . . .

At NYDN,  How the For the People Act could supercharge cancel culture. For Democrats that's a feature, not a bug.

Sundance, Sketchy Business – Maricopa Arizona County Board of Elections Holds Emergency Meeting Then Refuses to Allow Election Audit In Local Facility. If Democrats really wanted to convince us they didn't steal the election, they should stop acting like they have something to hide. But they do want us to think they stole the election, and there's nothing we can do about it.

Mike Brest at WaEx, Ex-Trump aide rakes in $500,000 in first month of challenge against Republican who voted for impeachment

Former Trump aide Max Miller drew more than half a million dollars in the first month of his campaign against a Republican who backed impeachment.

The money raised by Miller, a 32-year-old former White House adviser to former President Donald Trump, comes from contributions by more than 2,500 donors across the 50 states, according to Fox News.

Miller is challenging GOP incumbent Ohio Rep. Anthony Gonzalez, who was one of 10 House Republicans who voted in favor of the "incitement of insurrection" article of impeachment following the Jan. 6 breach of the Capitol. Trump was acquitted by the Senate in February. Trump became the first president in history to be impeached twice, let alone acquitted both times.

Trump endorsed Miller shortly after he announced his candidacy.

And this explains a lot, from Raheem Kassam and Natalie Winters at TNP,  REVEALED: China’s State Propaganda Group Boasts Control Over Western Think Tanks, ‘Election Integrity’ Groups, And Even Joe Biden’s National Security Team. And they've given us no reason to disbelieve them, either.

The Wombat has Rule 5 Sunday: Selina Kyle & Catwoman and FMJRA 2.0: Love Removal Machine ready on time and under budget.