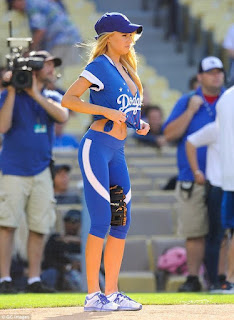 We're still following the fallout from the Georgia law restoring a little bit of sanity to the electoral process there. As we noted yesterday, MLB Moves All-Star Game To Colorado, Which Has Voter ID Laws, Significantly Less Diverse Than Georgia. (Da Wire) and NYPo calls out Schmuckers demagogy on the matter, Sorry, Schumer (and MLB): Georgia’s voting laws less restrictive than NY’s. But, the liberals know they cheated in Georgia, and they damn well expect to be able to cheat next time too. Twitchy, MSNBC’s Kyle Griffin accuses Sen. Tim Scott of misleading people after he pointed out the demographics of Atlanta vs. Denver. Well, somebody has to watch MSNBC.

As a lifelong baseball fan, I take no pleasure in declaring that I won’t spend another penny on the Grand Old Game this season. And that might turn into many seasons. The MLB is against Georgia’s sensible election reforms. Election reforms that better ensure honest, fairer contests are critically more important than my pleasure. They should be more important than yours. 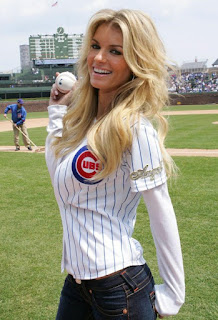 Over the weekend, President Trump called for boycotts. As usual, Trump hit the nail on the head. Per Fox News, April 3:


Trump asserted that MLB’s leadership was "afraid of the Radical Left Democrats," claiming the party pressured the league to relocate its mid-summer game because of Georgia’s new election law, recently signed by Republican Gov. Brian Kemp.

The MLB and corporations that Democrats enlist or strongarm to inflict pain on Georgia citizens need to have the hurt put on them. Our money is our power and we need to leverage it fully. Note that if Democrats can punish Georgians for the “offense” of restoring elections integrity, they can and will do the same to us in our states for whatever reasons they warrant. It’s not a matter of if, but when. 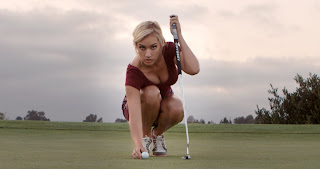 My boycott of MLB continues since approximately 1968, when I went to a Dodgers game with a church group. AllahPundit at Hot Hair, struggling to refurbish his conservative credentials, Walkback? Biden Never Told MLB To Boycott Georgia, Says Psaki. No, but he certainly offered support. And, from PM, White House press sec won't rule out Biden voicing support for 'efforts' similar to MLB's Georgia boycott. Also from AllahPundit, Backing Off? Biden Dodges When Asked Whether The Masters Should Be Boycotted. From Tyler O'Neil at PJ, Ga. State Rep. Calls Joe Biden's Bluff on Georgia's 'Jim Crow on Steroids' 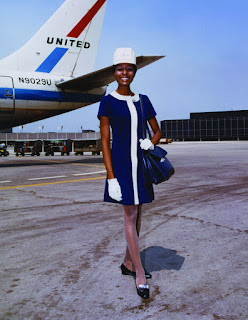 I happen to have Delta Million Miler Status and Diamond Medallion Status. I make considerable effort to adjust my flight plans so I can maintain this status.

It does not please me at all to discover that Delta CEO Ed Bastian does not spend every waking minute of his time on the job making sure customers like me get the best service possible. 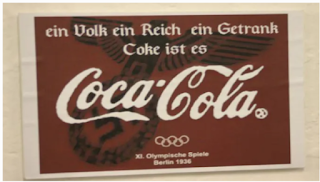 JB Shurk at Am Think, Maybe Coke Should Be Cancelled for Its Nazi Past. OK with me, I can tolerate Pepsi or even generic.

Did you know that Nazi Germany was one of Coca-Cola’s biggest markets? Have you ever seen an official Coca-Cola advertisement promoting the company’s partnership with the Nazis during the 1936 Olympics under a jingoistic tagline — “One people, one country, one drink, Coke is it” — that would have made Adolf Hitler proud? No?

Rich Lowry at NR, Anyone Using the ‘Jim Crow’ Charge as a Political Weapon Should Hang His Head in Shame and at Da Wire, Psaki Refuses To Answer If Biden Will Stop Lying About Debunked Georgia Election Law Claim. Of course he won't; when all you have is a hammer . . . Joy Pullman at Da Fed, If Democrats Will Cry ‘Racist’ No Matter What, Republicans Should Pass Much Stronger Laws. Their amps are already turned to 11.

Rasmussen, 75% Say Voter ID Necessary, Majority Oppose Georgia Boycott, Sundance at CTH, MAGA Majority, 75% of Voters Support ID Requirement, Majority of Voters Do Not Support Georgia Boycott, and  Fox, Georgia voting law changes are OK with Americans, 42% to 36%: poll. Kira Davis at Red State says The Time Has Come for Reasonable Americans to Stand up and Draw a Line in the Sand

There are times for compromise and times to draw a line in the sand, and friends, the latter has arrived. It is time to draw our lines. Many thought the battle was the election, but that was simply the opening shot fired. The actual battle is unfolding before our very eyes across every single social class and industry. At this very second, there is a fight brewing in thirteen states over election fraud reform.

“H.R. 1 would be a total disaster” because “it institutionalizes the avenues to perpetuate voter fraud in the United States of America,” Gov. Abbott warned.

“Texas will have no part of it,” the governor declared. Instead, Texas and other states will move their state election dates so they don’t coincide with federal elections. That way, the states can concentrate on preventing voter fraud without being entangled with the federal election disaster, he said:

“And so, states like Texas and other states, we will just pull out of having elections at the same time that the federal elections take place, so we'll be able to ensure the integrity of the election process in Texas, regardless of what H.R. 1 does.”

538 explains Why The Republican Party Isn’t Rebranding After 2020. Because they didn't really lose.

At RCP, Never-Trumper AB Stoddard whines that Insurrection in America Fades Within 90 Days. There was no insurrection, you dumb twit. There were some bad actors, but they never really expecting to capture the government. Politico whines about  Understaffed and overtaxed, Capitol Police reeling from trauma of body and mind. Now do Portland and Seattle.

The Wombat has Rule 5 Sunday: Selina Kyle & Catwoman and FMJRA 2.0: Love Removal Machine ready on time and under budget.