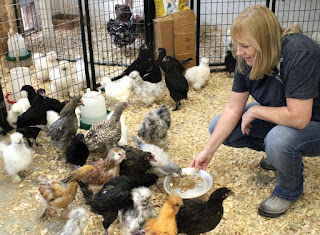 
The Maryland Department of the Environment plans to appeal a state judge’s ruling that the agency must account for ammonia discharges to the air before issuing water permits to high-density poultry farms.

The move would bring the legal clash to the Court of Special Appeals, the state’s second-highest court.

“We are committed to advancing the science, stewardship and conservation practices that seek to reduce pollution from poultry houses,” MDE Secretary Ben Grumbles said. “We are also committed to regulatory certainty in the wake of the unprecedented ruling in the lower court.”

But Montgomery County Circuit Court Judge Sharon Burrell ruled March 11 this year that state officials must also regulate ammonia released into the air, because some of it falls into waters protected by the federal Clean Water Act, namely the Chesapeake Bay and its tributaries. 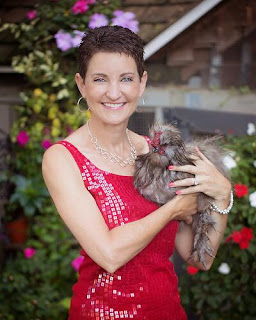 On the other hand, given the prevailing winds, I suspect most of the the ammonia from Eastern Shore chicken houses is carried out to sea before it rains out.

Ammonia is a form of nitrogen, a nutrient that can trigger algae blooms in the Bay, creating oxygen-deprived “dead zones” where nearly no life exists. Reducing nitrogen runoff from farms is one of the top goals of the state-federal Bay restoration program.

MDE officials say that, if the state is also required to limit ammonia air emissions from poultry operations to improve water quality, it would open the door to regulating similar air emissions from a wide variety of sources, ranging from vehicles to landfills. Confusion and regulatory chaos would ensue, they say.

The circuit court lawsuit was initiated by the Assateague Coastal Trust, a group based in Berlin, MD, that has long opposed the chicken industry’s expansion on the Delmarva Peninsula. Maryland’s portion of peninsula boasts some 2,000 chicken houses, which emit gaseous ammonia through giant fans. The gas is largely the product of poultry urine.

The thought is generally right, but technically speaking, chickens, like all bird, do not urinate. Their feces and solid uric acid from their urinary tract are mixed together. The ammonia is produced when the uric acid is broken down by bacteria.

I think having judges overruling state agencies responsible for regulations should be done with some care. State agencies have to consider many factors before instituting a rule, while judges get to substitute their own opinions, which may or may not be backed up by any actual knowledge.

The Wombat has Rule 5 Sunday: Hane Ame ready and waiting at the The Other McCain.