Election 2020: Still on the Midnight Train Through Georgia 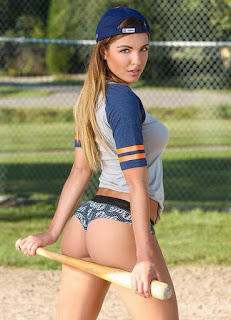 We still seem to have Georgia on our minds. I'll start with this report from AllahPundit at Hot Hair, who claims  MLB commissioner yanked All-Star Game after speaking with Stacey Abrams, which is odd because now she's against the boycott, because it hurts Georgia. Unintended consequences.


Stacey Abrams? The same Stacey Abrams who’s been telling voters in Georgia ahead of her next run for governor in 2022 that she’s against boycotts for fear of the economic damage they’ll do to lower-income workers?

From Breitbart, Gov. Brian Kemp: Stacey Abrams Is ‘Biggest Flip-Flopper Since John Kerry’ on Georgia Boycott. She probably didn't think they'd do it, so she could continue to race-bait. Charles Gasparino on Twitter:

SCOOP: @MLB sources say owners were blindsided at least by the timing of @RobManfred's decision to pull the All-Star game from Atlanta. Also said his decision came after speaking w @staceyabrams, which is odd since she has now said she's against the boycott. Story developing" 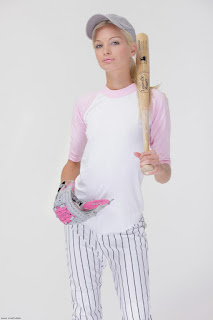 From the Wombat's In The Mailbox: 04.07.21 (Afternoon Edition) Power Line says Georgia Smear Blowing Up In Biden’s Face,  and J.A. Cartwright at Da Fed,  Embracing Cultural Marxism Will Only Hasten MLB’s Demise. Paul Bradford at Am Great, Want the MLB To Respect Conservatives? Boycott the League. But I already was.

Matt Margolis, PJ Media, White House Tries to Distance Biden From MLB Decision to Relocate All-Star Game, but We've Got the Receipts. Jordan Davidson at Da Fed, Biden Flip-Flops On Georgia Boycott, Refuses To Say The Masters Should Relocate. AllahPundit watches Morning Joe so you don't have to, "Morning Joe": Let's face it, it's impossible to square Biden's positions on the All-Star Game and the Masters 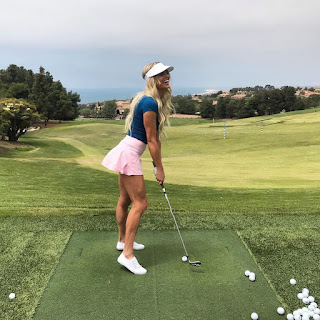 From the Wombat's Late Night With In The Mailbox: 04.07.21 This Ain’t Hell, United Airlines Promises To Be Racist And Sexist In Hiring Pilots  and at The Federalist: Baseball’s Commissioner Cares More About Politics Than About The Fans, It’s High Time We Made Corporate America Feel Real Pain, And Here’s How We Can Start  and Mark Steyn: The Moral Preening Of Corporate Woke. At Breitbart, Nolte: Woke United Airlines Admits It Will No Longer Train Most Qualified Pilots.   Who do you want to land the plane, the white ex-military pilot, or the LGBTQ+ affirmative action choice? Kurt Schlichter says The GOP Needs to Understand That the Corporations Are Its Enemy Sundance, President Trump Gives Extensive Interview on Corporate Boycotts, Election Reforms, JoeBama, The Border Crisis and the Collapse in Foreign Policy, on Rumble so it won't be censored:. Insurrection! from Da Caller, ‘There Is No Rational Basis’: Georgia Official Says He Won’t Enforce New Voting Law. Guy Benson at Town Hall, Heh: Georgia Republican Introduces 'Voter Suppression' Bill to Adopt Election Laws from Joe Biden's Delaware. Human Events, Overwhelming Percent of Americans Support Voter ID Requirements. mrcTV, Guess Who Likes Georgia’s ‘Racist’ Voter Laws...Black Voters, Survey Says. WSJ, The Democrats Are Stuck in 1964 "By constantly invoking the ghost of Jim Crow, they treat black voters as if they were helpless children." Most of them don't remember 1964. They're mostly invoking China's "Cultural Revolution".


A judge in Michigan has vindicated President Trump by ruling that Secretary of State Jocelyn Benson, a Democrat, broke state law when she unilaterally changed election rules concerning absentee balloting in the 2020 election. This ruling legitimizes a key claim made by the Trump legal team in its challenges to the 2020 election.

The court made the following conclusion:

Over 3.1 million Michiganders voted by absentee ballot in November. Biden “won” the state by just over 154,000 votes, according to the state-certified results.

And another on the horizon? Sundance, Democrat Lawfare Group Including Perkins Coie Sends Legal Threat to Group Auditing Maricopa County Election. If they didn't cheat, why do they resist all attempts to investigate?

This is very interesting… and it appears the professional Democrat machine is increasingly apoplectic at the Maricopa, Arizona, ballot audit approved by the state senate and affirmed by the state courts.

The Maricopa County board of elections has thrown every roadblock against the state legislature trying to block the audit. However, a state judge agreed with the legislative intent and affirmed the authority of the audit. Then the county board held an emergency secret meeting and refused to allow the auditors to use their facilities. {Go Deep}

Part of the audit authorization (included in the state’s audit instructions) was for a limited canvassing of actual voters; meaning the auditors can go to the homes/locations of people/groups and verify they actually voted or submitted the ballots attributed to them. This ability to go directly to the source has triggered a politically connected legal team known as “Protect Democracy” into another level of panic. The Protect Democracy group uses Clinton’s infamous law firm Perkins Coie.

Perkins Coie is threatening the contracted auditing agency, Florida-based Cyber Ninjas, with legal action if they follow through with their authority and question the voters who are attributed as sources of thousands of ballots in single geographic locations. [Perkins Coie Threat Letter Here]

Nick Arama at Red State, Cause of Death Comes in for Folks Who Died at Capitol Riot

According to MSN, Dr. Francisco Diaz, the chief medical examiner of Washington, D.C. announced the determination as to cause of death:


• Ashli Babbitt, 35, died by homicide from a gunshot to the left shoulder. She was shot by a Capitol police officer while trying to climb through a door near the House chamber.

But the real shocker, perhaps, is the cause of death of Boyland. Boyland’s cause of death had been reported as potentially being crushed/stepped on by the crowd. Folks on the left cruelly mocked her carrying of the Gadsden flag, joking that she’d been tread on. Media blamed the death on the crowd of Trump supporters. But this determination makes it clear that, once again, the wrong cause of death was being peddled, just as it had in the initial reporting on the death of Officer Brian Sicknick. Initially, Sicknick’s death was claimed to be a result of being hit with a fire extinguisher. Media later backed off that claim when no evidence that that ever occurred could be produced. We pointed out on Jan. 10 that it may not be as the media was claiming.

But once again, the death of Sicknick is still pending and that’s incredibly concerning and there are questions as to why. This is months, at this point, with his family also waiting. His death was wrongly used for political purposes. Two men have been charged with assault on Sicknick for allegedly spraying him with a chemical spray but they haven’t been charged in his death. Why is it taking so long to come out with a determination? At this point, we can only think there may be political reasons that the cause of death is being held up. If the reason is he died of a stroke, as the family believes may have been the case, that might take away from the Democratic narrative about murder.

Cited at Hot Hair, NYT Boehner blasts Trump, saying he "incited that bloody insurrection". Boehner basically represents all that is wrong with the GOPe. At WaEx, Jerry Dunleavy watches history being erased in real time, Facebook removes account of Capitol attack suspect and ‘Follower of Farrakhan’

The Wombat has Rule 5 Sunday: Selina Kyle & Catwoman and FMJRA 2.0: Love Removal Machine ready on time and under budget.
Posted by Fritz at 10:06 AM