No exciting pictures from the beach today, it was seasonable, a bit breezy, mostly blue sky. But I did get to talk with a blog reader today, not something that happens everyday. 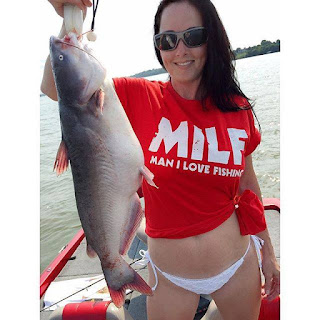 Anyway, DNR is expressing it's gratitude to the MD legislature for their attempt to break through some red tape which is hindering the use of invasive Blue Catfish as a fisheries target: DNR Applauds Resolution to Ease Restrictions on Blue Catfish Industry


The Maryland Department of Natural Resources is pleased to report that the Maryland General Assembly passed legislation aimed at helping the state control the invasive blue catfish population by reducing burdensome regulatory roadblocks that have disincentivized markets.

Senate Joint Resolution 4, sponsored by Senator Guy Guzzone and Delegate Dana Stein, urges the United States Congress to oppose certain burdensome inspection rules promulgated by the U.S. Department of Agriculture (USDA), which has drastically impeded the harvest and sale of blue catfish as a form of reducing the destructive species’ booming population. 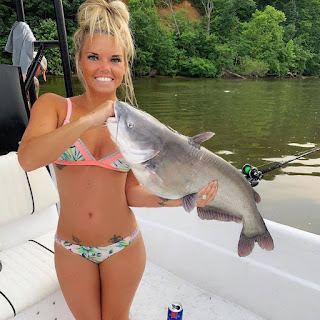 Which doesn't mean that Congress will actually get around to doing anything about it, but with Maryland being a blue state it might be more favorably received.

Previously under the purview of the Food and Drug Administration, regulation of all species of catfish was granted to USDA by Congress in 2017; since then regulations have required the presence of a USDA inspector on premises during blue catfish processing. These inspectors are a significant cost to the dealer and inspectors’ schedules don’t often match up with the working hours of the dealers. Additionally, the processing rooms have to be cleared of all other products, causing disruptions to the rest of the business.

This requirement in particular led to at least one dealer going from bringing in 1,000 to 2,000 pounds per week before the regulations went into effect to less than 100 pounds per week of product purchased second-hand. Maryland’s legislation urges a return of catfish oversight to FDA, consistent with all other seafood processing.

“It is clear that the current inspection rules are designed to deter dealers and processors from buying this invasive species,” DNR Secretary Jeannie Haddaway-Riccio said. “Restoring the former rules will help incentivize their removal from our waters while providing new opportunities for our watermen, our seafood dealers and our restaurants. We thank the Maryland General Assembly for recognizing that and passing this Joint Resolution, particularly as these businesses recover from the economic impacts of the pandemic.” 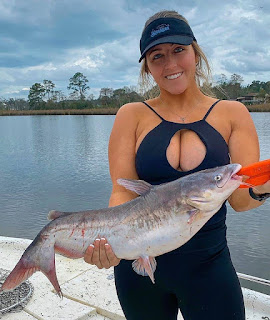 IIRC, these rules were put in place during a panic about possible importation of unclean catfish from foreign sources, and was not aimed at the Blue Cat fishery in particular.

Blue catfish are a significant threat to the ecosystem because of their rapidly increasing populations and capacity to consume significant amounts of native species, like crabs and striped bass.

A native of the Mississippi River basin, blue catfish were introduced to the mid-Atlantic in the 1970s. Since then it has exploded in population and range, and can now be found throughout Chesapeake Bay and Potomac River watersheds. The department continues to increase its outreach and promotion of blue catfish as a fishery — both commercial and recreational — including a video that highlights commercial techniques that can be used to successfully target the species.

FWIW, the one time I brought home a Blue Cat, one that attacked a steel jig in the lower Potomac when I was fishing for stripers with Pete, Georgia thought it was better than Striped Bass.

The Wombat has Rule 5 Sunday: Hane Ame ready and waiting at the The Other McCain.