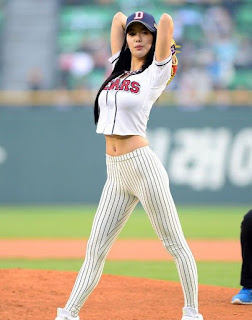 If you can figure out a safe place to do it. A reminder from Ryan Mills at NR, MLB Has Never Before Shown Interest in Voting Laws — in Georgia or Anywhere Else. Unfortunately I'm out of free views, event though I still get a paper copy (Thanks Mom!), so I'll have to rely on Hot Hair's pull quote:


But in the nearly two months that Georgia lawmakers were crafting and debating the election law, MLB leaders did not engage with them at all, and did not express any concerns about the law before Governor Brian Kemp signed it on March 25, state leaders told National Review. “I do not recall any interaction with Major League Baseball for sure, and I do not recall any interactions with anybody representing the (Atlanta) Braves organization the whole time that we were debating and working through the bill,” said Barry Fleming, the state representative who sponsored the House version of the election bill. MLB also didn’t engage with Kemp before he signed the law. He told Fox News he only had a brief conversation with Manfred before Manfred pulled the All-Star Game from Atlanta. “I talked to the commissioner, offered to explain anything he wanted in the bill, because I heard they were getting pressured. He thanked me for that,” Kemp said. “And then I got a call saying they had moved the game. No dialogue whatsoever, which is just disappointing.” 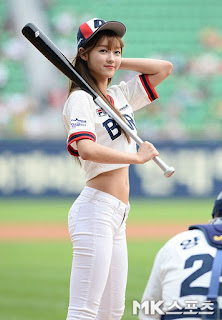 Also from NR, Rich Lowry reminds of the time That Time Stacey Abrams Suppressed the Vote. which, curiously, I can access.

By the time the reader of the Stacey Abrams book Our Time Is Now gets to page 89, he is numb with the relentless contentions that any effort to make the Georgia elections system more secure or economical, any bureaucratic mistake or inefficiency, is evidence of a dastardly scheme to suppress the vote.

Then, he is jolted alert again when Abrams writes how while in the state legislature in 2011, she co-sponsored legislation to slash the early-voting period in Georgia in half — and succeeded.

Yes, by her own logic, Stacey Abrams suppressed the vote in Georgia and did it more blatantly than anything in the state’s new voting law, which will actually extend early-voting hours in many places. 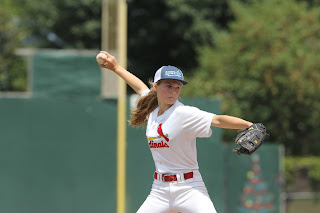 
“I don’t watch baseball anymore, Brian,” Wells said. “I refuse to watch it because of this. I don’t want no part of it, and this was my life. … For me not to want to go to a baseball game or even watch, it kills me because I don’t put up with that kind of crap, and I don’t condone it.”

A scathing report by the US Capitol Police watchdog obtained by CNN reveals that there were even more law enforcement failures prior to January 6 than previously known, including new details about expired ammunition, ineffective shields and a previously unreported warning more than two weeks ahead of the insurrection about a map of the Capitol's underground tunnels that was posted on a pro-Donald Trump website.

I don't think those tunnels are a well kept secret, and well, that expired ammo was still good enough to kill the unarmed Ashli Babbitt, wasn't it? And, by the way, just who was it who shot her? And speaking of phony insurrections, from PM, BREAKING: BLM activists force their way into Iowa State Capitol, and nobody got shot.

And using the Capitol Incursion as an excuse, Sundance at CTH posts Another Tripwire Crossed – Pentagon Orders Updated Screening of Military to Identify “Extremist” Outlooks in Preparation for What is to Come… Are you now, or have you ever been a supporter of Donald Trump? I hope he's wrong:

Let me be clear…. I fully expect to see the standing U.S. military deployed against any state who stands up against unconstitutional federal demands. I have made this assertion since the jaw-dropping revelations about the Pentagon during the first impeachment effort in August 2019 and the lack of leadership from the military in removing Lt. Col Alexander Vindman from his compromised position.

♦ WHAT: As I look forward the likely origination point for military deployment will be federal COVID mandates, though it could also be state election issues. ♦ HOW: The hardline leftists are weaponizing the military for political benefit. ♦ WHEN: As a result of severe federal government intrusion it is only a matter of time before states start to rebel against federal COVID demands. That, in my opinion, will be the inflection point and posse comitatus will be suspended.

Also from Wombat's In The Mailbox: 04.09.21 (Evening Edition), the The Geller Report addresses how PA Forced To Remove 21,000 Dead People From Voter Rolls. I'm sure Philly is keeping a few thousand in reserve for a rainy voting day. Also, from Transterrestrial Musings: Why Not Fewer Voters?

Like Kevin Williamson, I too have always thought that there is nothing intrinsically desirable about increasing the number of people voting. As with many things, quality is much more important than quantity.

Agreed. Just because you can vote, doesn't mean you should. And at Town Hall Reagan McCarthy complains that Lisa Murkowski Gets a Boost from a Major Conservative Group as Primary Challenge Heats Up
The Wombat has Rule 5 Sunday: Hane Ame ready and waiting at the The Other McCain.
Posted by Fritz at 10:46 AM