Election 2020: They're Making a List, and Checking it Twice

They're gonna find out if you're naughty or nice. An odd lot, not much to tie them together.

As we've seen, and  John Solomon at JTN reports Growing number of black leaders embrace voter ID, reject Biden's Jim Crow claims, "From sports to politics to business, black leaders are beginning a counteroffensive against Stacey Abrams' views on voting". But they won't get the fawning press.

Ken Blackwell, Ohio's first African-American secretary of state, said the news media and some corporations have wrongly twisted the narrative and made something that is popular in Georgia's new election integrity law look racist. But he predicts it will backfire.

"You have the mainstream media, you know, initially trying to gaslight the American people, making those of us who see this as a very common-sense practical policy and procedure to be somewhat crazy or racist, and we're not buying it," Blackwell told Just the News. 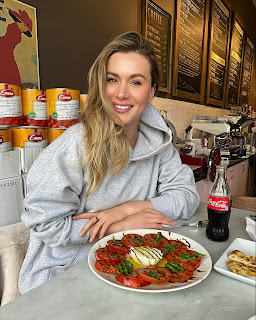 
The proper remedy to such actions by woke corporate executives is for shareholders to keep wokeness out of corporate public pronouncements. Nearly every Republican and many Democrats will vote against woke corporations with their feet and, when possible, their pocketbooks. Virtue signaling will result in increasing public disaffection and a switch to competitor’s products. It is immeasurably more important to many corporate customers to preserve our Republic through voting regulations that prevent fraud and abuse.

Misguided corporate woke dereliction of duty has caused these two Coke fans, and probably millions more, to switch to Pepsi and challenge of your market share.

Natalie Winters at TNP,  Man Admits To Mail-In Ballot Fraud In 2020 Election. Impossible! Our betters have told us this just doesn't happen!

In the Maricopa County audit, HE reports Maricopa County Judge Recuses Himself From 2020 Election Audit Case. It appears to be a trivial case of a judge having had one of the lawyers in the case as an intern, but will it change the complexion of the oversight? The judge excusing himself was appointed by Republicans; he will be replaced by one appointed by Democrats.

At Am Great, Julie Kelly discourses on The Feds’ Nonexistent Case Against Alleged Sicknick Assailants "There is no reason to keep these men in jail, let alone in solitary confinement, in a D.C. prison." The process is the punishment.

The internal investigation by JoeBama’s Department of Homeland Security (DHS) serves two purposes. [Memo Link Here] First, it will identify anyone with nationalist outlooks and/or ‘America First’ ideology; in essence it will identify JoeBama’s political enemies (those that didn’t vote for Biden).

Second, it will send a chill through the ranks within all DHS agencies to quiet any dissent to the approved leftist approach (the DHS political agenda). This is essentially putting DHS through the same process previously deployed against the FBI during Robert Mueller and James Comey’s terms. Eliminate any and all opposition to the JoeBama agenda.

It doesn’t take a deep political thinker to understand exactly what DHS is attempting to do. They need to cement as many leftists, communists and radical left-wing perspectives as quickly as possible. To accomplish this they need to remove any internal opposition to the plan.

They have already announced similar programs being deployed against Americans; and the FBI is currently promoting the incarceration of anyone suspected of attending the January 6th DC rally. This effort by DHS is more of the same…

And don’t forget the United States Postal Service is also operating their own investigation into Americans, using their technical capability and their own police force… Now tie today’s announcement with: “DHS Preparing to Use Private Contractors to “Scour Public Data and Social Media” To Compile Dissident Citizens for Watch List and No Fly Lists“…. what is described in the Yahoo article about the USPS; and what is described in the DHS memo; is almost identical to what we previously outlined.

More on the new USPS effort from Charlie Kirk at HE: The USPS Is Making a List. Who Is Checking It Twice—and Why?

What is really going on here? The answer is simple. Every totalitarian government relies on surveillance. The Jacobins did in 18th century France. China has the Ministry of State Security; East Germany had the Stasi. Stalin had the NKVD. And so on. In the United States, where totalitarianism doesn’t necessarily come naturally given our founder’s embrace of natural law and the natural rights codified in our constitution and bolstered by amendments, we are off to a clumsy start in using the USPS—although some of the recent actions of the FBI and Justice Department do suggest a more comprehensive and coordinated effort has been underway.

Are you now, or have you ever been, a Trump supporter?

Ace, LOL: Neocon Dynast and Typical Beltway Liberal Liz Cheney Not Ruling Out a 2024 Presidential Run. "As Sheriff J.W. Peppers said, "For which side?"" The Deep State's side, of course.

Wombat-socho has Rule 5 Sunday: Alegrachan and FMJRA 2.0: Island up and running for your digital delight at The Other McCain.