JB Martin at Town Hall posits the MLB's Decision Has to Do with Woke Virtue Signaling, Not Voting Rights. Given that they're moving the All Star Game to a state with similar, if not more restrictive voting rights, something else has to explain it. 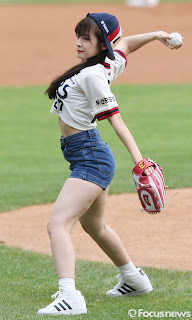 Manfred made an unforced error when he first decided to relocate his league’s All-Star Game from Georgia. He compounded the error when he decided to relocate the game to Colorado, a state that by any objective review actually makes it harder for people to vote than does Georgia, thereby revealing his choice had nothing to do with voting rights, and everything to do with woke virtue-signaling.

Manfred won’t be able to undo the damage he’s already done, but there is still time for him to avoid future damage to the league he leads and to the cause he professes to support. Major League Baseball should immediately reverse its decision to relocate the All-Star Game to Denver, and instead move it back to Atlanta. 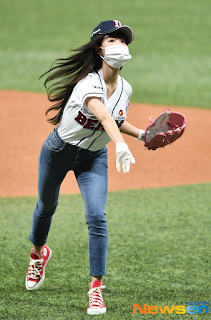 As I write this, Manfred is being vilified by fans for giving in to a left-wing mob, costing majority-minority Atlanta jobs, and being second-guessed by many MLB officials and owners for naively thrusting the game into one of the thorniest political issues of our time by taking a stand on Georgia’s controversial new law.

Still, you can sympathize with his predicament. The president of the United States falsely suggested the Georgia law was racist because people might have to show ID to vote. Biden then, idiotically, urged MLB to play the All-Star game somewhere else.

Once that fuse was lit, the usual group of corporate wokesters jumped into the fray: Delta, Coca-Cola and, of course, Larry Fink, the uber-progressive CEO of money-management powerhouse BlackRock that has seeded the Biden administration with its top executives.

Then it was game on for the activists who descended on the commissioner’s office in droves. Manfred spoke with various players about the issue and was worried about protests and boycotts, people close to him tell me.

First, they were not “corporations” on the call, that is not an accurate description. The assembly was a group of “multinationals” discussing their objectives, goals and outlooks on politics. There is a difference between an ordinary corporation and a multinational corporation. Multinationals hate capitalism.

When I say most multinational corporations hate capitalism many people look confused.

Let me help by sharing a short video that explains why:
. . .
The first myth busted in that video explains why corporations do not like capitalism. That’s why Big Tech is also against capitalism.

First, let's do away with the word "capitalism," which was always a Marxist slur on the concept of free markets. Big businesses (and big governments) do not like free markets, they always seek an advantage over their smaller competitors and are more than happy to buy it from politicians. Nick Waddy at Town Hall writes How Conservatives Can Avoid the 'Nice Guys Finish Last' Trap

Conservatives will simply never be as ruthless as progressives. We don't believe in the politicization of every consumer decision. We don't seethe with rage in our spare time, waiting to be told who and what to hate next. Besides which, we're not naive enough to believe that, if Coke, Delta, and Major League Baseball occasionally knuckle under to leftist intimidation, that makes Pepsi, or United, or the NFL any better. Give them time: they'll disappoint us with their cravenness too.

The answer, I suggest, is to organize conservatives as much as possible not around protests, boycotts, and upsurges of outrage, as around positive demonstrations of solidarity with those rare — very rare! — politicians, celebrities, corporations, organizations, and ordinary citizens who make themselves conspicuous by their decency, their rationality, and their patriotism. If the symbol of leftism is the clenched fist, then why not make the symbol of conservatism the high five?

The most successful demonstration of such constructive conservative “activism” in recent years was the failed leftist boycott of Goya Foods, and the much more effective right-wing “buycott” that followed it. When Goya CEO Robert Unanue, a Hispanic, triggered liberals with his praise of President Trump in July 2020, they vowed to bring his company to its knees. Conservatives, however, rallied, and many, including me, bought Goya products for the first time in our lives. Goya sales soared.

But we can learn to be more ruthless, too.  ‘Clear the Capitol,’ Pence pleaded, timeline of riot shows. Meanwhile, in the actual insurrection WATCH Antifa Sets Portland ICE Building on Fire with Officers Trapped Inside (Breitbart). But no rioters, armed or unarmed, were shot. Teach at Pirate's Cove notes SJW Pentagon Chief Looks To Purge People Who Have Wrongthink

Essentially, if you don’t conform the Progressive doctrine (because they’re totally about tolerance and multiculturalism, you know), you will be labeled an extremist and booted. This should do wonders for recruitment, eh, with tough Republicans saying “no, thanks”, and soy boy liberals, overweight and soft liberal women, and transgenders with serious mental health issues joining

Secretary of Defense Lloyd Austin on Friday signed a memo ordering several “immediate actions” to weed out extremism in the ranks.

Driving the news: The memo comes after Austin in February ordered commanding officers to hold a “stand down” to discuss extremism among the armed forces. The issue gained heightened attention after multiple service members and veterans were arrested for their alleged actions in the deadly Jan. 6 Capitol siege.

What he’s saying: “The vast majority of those who serve in uniform and their civilian colleagues do so with great honor and integrity, but any extremist behavior in the force can have an outsized impact,” Austin wrote in his memo Friday.

So, you know this will excuse “extremists” in gangs, extremists who advocate for Leftist causes, right? Our military is boned. It’s going to become weak and useless, and radicalized with Leftism.

At the Independent Sentinel, another link to that excellent video of  Professor Eastman, a 2020 election insider, describes the shenanigans. Althouse calls out the media gas-lighting on the election fraud matter in "A new Reuters/Ipsos poll finds that 55% of Republicans falsely believe Joe Biden's victory in the 2020 presidential election was the result of illegal voting or rigging."

"Additionally, 60% of Republicans incorrectly agree that the election was stolen from Republican Donald Trump."

CNN reports, aggressively inserting the view that the people who were polled are wrong. I believe that's a very unusual way to report an opinion poll, with insistence that the opinion is wrong and apart from any factual reporting that that makes it perfectly obvious that the opinion is mistaken.

This displays a desperate fear of the opinion, and I don't think it does much good. The urge to stamp the opinion out will tend to make those who hold it grip more tightly: What are they afraid of? Are they trying to get me to move on, telling me there's nothing to see here?


What is perfectly clear, however, is that Republicans' lack of faith in our current election infrastructure is a direct result of Trump's historic efforts to undermine the legitimacy of the 2020 results.

It's "perfectly clear" why people have this opinion? This is a news article, reporting a poll, and it's making an absolute assertion about why human beings believe what they do. That doesn't inspire confidence. It makes people suspicious, perhaps paranoid.

According to Dr. Frank’s work, in nine Michigan counties, including counties in the Detroit metro, over 66,000 ballots were recorded that are not associated with a registered voter from the October 2020 database. Also, Frank says in the counties, voter registration is either near or exceeds the county population.

Frank alleges the same pattern is seen not just in Michigan, but several other swing states too. He asserts that ballots were harvested at the precinct level, regulated at the county level, and determined at the state level.


The Arizona election audit continues to move slowly forward with a projected start date of mid-April. While the state Senate first-served Maricopa County with a subpoena for the information 115 days ago, the Senate is still fighting for access. One America’s Christina Bobb has more from Washington.

Also, Sen. Lankford: H.R.1. Makes It Easy To Vote And Easy To Cheat. Of course, that's the point.
And last, bummer dude! Instapundit HOW IT STARTED: David Hogg’s Pillow Company Is Proceeding Nicely.

Last week I told you about former teen and current gun-grabber David Hogg starting his own pillow company to take down My Pillow founder Mike Lindell. You can almost see the cartoon thought-balloon over Hogg’s adorable little head: “Hey, if a crazy crackhead can become a multimillionaire by making pillows, how tough can it be?” Unfortunately, young Mr. Hogg is quickly discovering exactly how tough it can be. And thanks to the modern miracle of Twitter, we can watch him sink into a pit of disillusioned despair in real-time.

The Wombat has Rule 5 Sunday: Hane Ame and FMJRA 2.0: Yes, That Song ready and waiting at the The Other McCain.