So, Pete blew his engine down in Florida and had to trailer it back up here to get a new 250 Honda installed. He got some break in hours yesterday, but today he wants to take it out for the rest of the break in hours and check out the fishing grounds, with Speckled Trout on the agenda, since Stripped Bass are still closed. We're leaving at 11 PM from Solomons, so I don't have the luxury of a long lingering morning over coffee and election coverage. You'll get it this way or not at all: 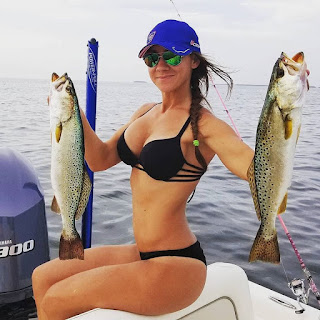 Police mistakes and the difference between Wright, Babbitt shootings- Jonathon Turley
WALSH: Ashli Babbitt Was Killed By Capitol Police On January 6. They Still Won’t Tell Us Who Did It Or Why. | The Daily Wire

Richard Grenell serves up numerous examples of how Dems & DC media were ‘interfering in the 2020 election’ – twitchy.com

QAnon candidates are winning local elections. Can they be stopped? – HotAir