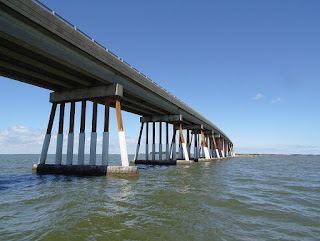 As I mentioned this morning, Pete and I and Mike were going out to run the boat to get some additional break in hours on his new motor, and look for areas for him to fish with clients later. A view from under the lower Honga River Bridge. No fish were found here. 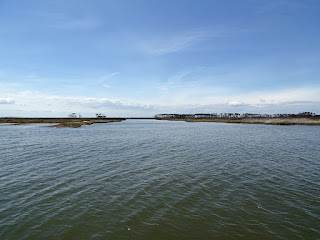 But we did find some fish here, at the mouth of a small tidal creek nearby. All Stripers, unfortunately out of season, and not supposed to be targeted. After a few fish and no Speckled Trout, we moved on. 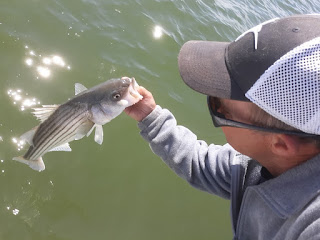 Pete throws back a nice one. 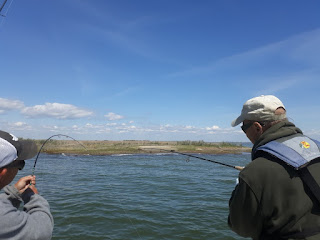 Pete and Mike have fish on at the same time. We moved from place to place, but the story was pretty much the same, stripers but no specks. 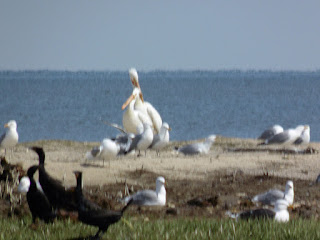 A couple of White Pelicans on Bloodsworth Island. According to this, they're way out of their range! 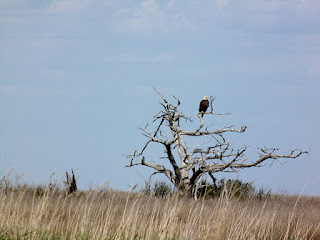 A Bald Eagle overlooks his domain, also on Bloodsworth 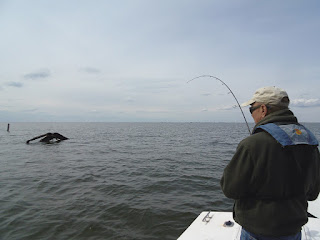 Mike bend a stick near a familiar piece of structure. It gets a little lower every year, sinking into the sand. No specks here either. 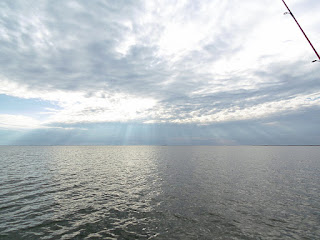 Later in the afternoon, the Bay calmed down nicely, and a layer of clouds came in. Looking across the bay from Magic Cove. No specks here either, but lots of stripers. 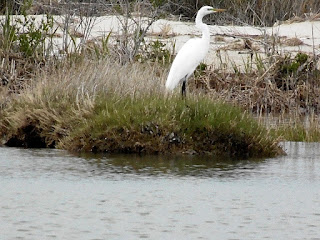 No specks here either, but a Great Egret.