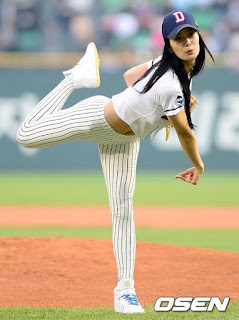 
Major League Baseball is moving its 2021 All-Star Game from Atlanta, Georgia, to Coors Field in Denver, Colorado. This, says ESPN, is "in response to a new Georgia law that has civil rights groups concerned about its potential to restrict voting access for people of color."

Or, more likely, MLB commissioner Rob Manfred moved the game because he is concerned about Rob Manfred.

Cobb County estimates that losing the game will cost the region more than $100 million. Atlanta, a city with a 51 percent black population — the largest Black-majority metro area in the nation — will lose most of all. They'll live, but it's certainly a peculiar way for professional baseball to show solidarity with the African American community.

Denver's Black population, on the other hand, is somewhere around 9%. You want to see a segregated city, come visit Denver. That might be something Manfred, who runs a league with one Black majority owner, could ponder as his limo drives by the blinding whiteness of neighborhoods like "Stapleton" — officially changed to the anodyne "Central Park" less than a year ago — on his way from Denver International to downtown. 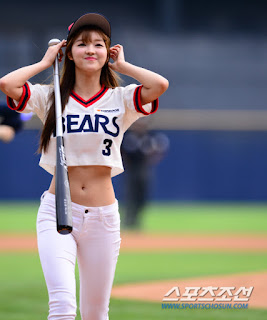 Another funny way of showing your concern for alleged "voting restrictions" is by moving the All-Star Game to a state that in many ways has voting laws at least as stringent as Georgia's. To vote in Colorado, a person also needs photo identification, just as they do at the will-call window at Coors Field. Like Colorado, Georgia allows voters without ID to use the last four digits of their Social Security number, a bank statement or utility bill, a paycheck, or any other government document with their name and address. Though ID requirements are the provision Democrats hate most, they are broadly popular among voters, which is why they are compelled to use hyperbole and disinformation when talking about the rest of these laws.

Colorado also requires signature verification for mail-in ballots. Over 10,000 voters are rejected every election because of bad signatures. This is the kind of shameful disenfranchisement that Manfred now supports.

You might recall Joe Biden and other Democrats ginning up anger by falsely claiming that parched voters would be denied a mere glass of water under this new law, though the restriction is aimed more at specifically curtailing what campaigns can hand out. It's hardly unique in the nation. Colorado, like 37 other states including Delaware and now Georgia, also prevents campaign workers from handing out water or food or paraphernalia to voters near a polling place. Though, to be fair, on this front, perhaps none have as restrictive a policy as New York, the home of Major League Baseball headquarters. 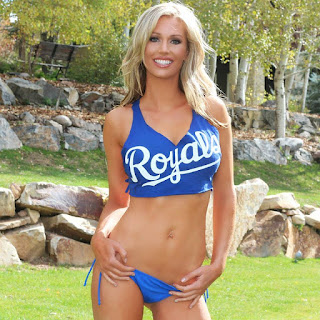 Georgia, like Colorado, also has no-excuse absentee voting. But Georgia's is more expansive, with a minimum of 17 days of early voting — and a provision allowing counties to request two additional Sunday voting days can bring the total to 19 days. Colorado has 15, which, using the quickly changing standards, basically makes it a state of Bull Connors.

Some will correctly point out that Colorado, which was moving to an all-mail election before COVID-19, automatically mails ballots to every "active" voter — something most states hadn't even contemplated before last year, and then only on an emergency basis. As a former Colorado resident, I can tell you, it is not uncommon for people to get the ballots of former residents, of grown kids long gone, or of dead relatives in their mailbox. It's a mess. Yet, whatever your opinion is on that policy, if failing to automatically provide every resident a mail-in ballot, whether they ask for one or not, is now considered "Jim Crow on steroids," MLB is going to have an impossible time rationalizing having any event in any state. Or at least, any state that takes its elections seriously.

Michael Barone, Will Joe Biden's Jim Crow Big Lie Boomerang?. Probably not, most of the media will back him up.


The big lie works — until it doesn't.

The big lie in this case is Joe Biden's charge that the changes in Georgia election law passed by the majority-Republican legislature and signed by Republican Governor Brian Kemp on April 1 being are "Jim Crow on steroids." This was doubling down on his March 25 press conference statement that the law "makes Jim Crow look like Jim Eagle."
. . .
That of course was wrong, and so was Biden's claim that the Georgia law closed off voting after 5:00 p.m. Even Washington Post fact-checker Glenn Kessler awarded Biden the maximum four Pinocchios.

The only thing more infuriating than Major League Baseball’s unprecedented decision to punish Georgians over their state’s recent election law has been the national media’s dedication to lying about what the law says and does.

Twitchy,  Dude, take the L! Jake Tapper just LOSES it when pushed further on why CNN isn’t leaving Georgia in heated back and forth. Funny. Hypocrisy, thy name is journolism.

Jake, how can you work for a company headquartered in Georgia? Don’t you have a moral obligation to quit and relocate to an Alaska-or Maine-based media company if your employer won’t boycott the state? https://t.co/VFaVcfRqPP

Newt again, The Democrats Do Not Want Voting Integrity. That's obvious; they want a system where cheating is easy in the Democrat controlled cities.

This helped me realize something: Not only are the Democrats lying about Georgia’s law – they want changes in election laws that make it easier to cheat on the vote count and steal votes. Furthermore, what the Democrats want in election “reform” is virtually the exact opposite of what the American people want.

Sundance at CTH presents An Insiders Perspective on President Trump’s Claims of Election Fraud From Legal Counsel John Eastman. It's a long video, but well worth the time:

The Left and the Democrats have become a secular trinity of evil. The final addition has been their hijacking of corporate America to do their bidding and represents the merging of three strains of evil that we thought had been left to the ash heap of history in the 20th century: Fascism, Nazism, and communism.

The combined market capitalization of the Fortune 500 is over $32 trillion, represents two-thirds of GDP, and employs over 25 million people. Instead of remaining neutral, these companies are openly attacking half of the country and our founding principles. Elite and privileged CEOs, instead of serving to their broad-based, pluralistic, and diverse customer base, incoherently and ignorantly pontificate about their customers’ racism, sexism, and “deplorableness.”

MLB, Coke, Delta, and Home Depot CEOs all decided it was going to help their bottom line profits to virtue signal their fake indignation and disapproval of Georgia’s democratically elected legislator and Governor that passed new voter integrity laws. In protest, NYC-based Baseball commissioner Bob Manfred, who is paid $11 million per year, moved the All-Star game from predominately black Atlanta to predominately white Denver. Newsflash, in polarized American politics, nearly 80% of the US population support voter ID laws. Did these CEOs forget that an ID is required to board a Delta flight, check into a hotel, pick up your will-call baseball tickets, and buy beer at baseball stadium? Manfred will not be impacted by the move but the small businesses in Atlanta will lose $100 million in revenue. Odds are against Manfred relinquishing his exclusive membership at August National Golf Club that hosts the Masters golf tournament in protest; because that would require a personal sacrifice.

We saw how Amazon, Google and Apple conspired to “de-platform” a direct competitor, Parler. At the time, free speech social media company Parler had surged to be the #1 downloaded app. Amazon, Facebook, and Twitter have decided to become the arbiters of free speech: Amazon engages in digital book burning of conservative authors, Facebook shadow bans conservative posts, while Twitter bans conservative influencers including President Trump who had 80 million followers and earned 75 million votes in the 2020 election, the most of any Republican president.

At NotTheBee, the Bee's chronicler of things unlikely and yet true,  This Dem lawmaker seriously tried to compare the Capitol riot to PEARL HARBOR

I didn't think of Johnny Cash as such a good picker.
The Wombat has Rule 5 Sunday: Hane Ame ready and waiting at the The Other McCain.
Posted by Fritz at 11:14 AM