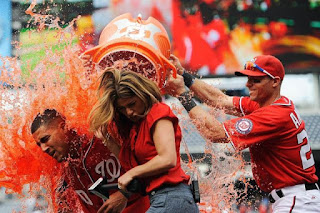 Ace, Sources: Stacey Abrams Was the One Who Convinced the MLB to Boycott Her Own State -- And Then She Lied About Having Always Been Against That "This grotesque whore of a pig might have told the last lie she'll ever tell with any kind of political power." Dan McLaughlin at NR, Democrats Don’t Actually Believe a Word of Their ‘Jim Crow’ Rhetoric on Georgia


The fact that Georgia Democrats are now so desperate to be seen opposing boycotts of the state’s economy is the best evidence that they never really believed their own overheated rhetoric in the first place, and are now in a panic at what happens when you tell lies so big, they escape your control and take on a life of their own. We have seen before where that leads. It is comforting to see that they now recognize that they have gone too far. Georgia voters should ask what else these people are lying to them about. 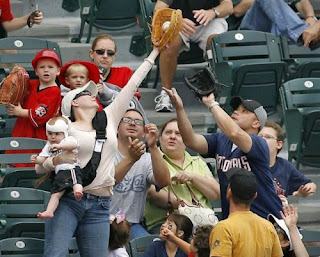 This one from April 2, that was misfiled for a while, still holds up well, Stephen Kruiser at The PJ Media, Morning Briefing: Biden and His Idiot Supporters Are Trying to Cancel Georgia. Even though they (barely) won the state in the recent election, they hate for historical reasons, and it shows. Tyler O'Neil. PJ Media, Biden Calls Woke Capitalism's Attacks on Georgia 'Reassuring'  Breitbart, GOP Rep. Carter: Biden ‘Doing Irreparable Damage’ to Georgia, But Won’t Boycott Olympics in China. Uyghurs don't vote. When you've lost the WaPoo, Opinion: When Biden targeted the All-Star Game, he hit the wrong Georgia. It's the old rural/urban split again. WaPoo wants to punish the rural folk, but hitting the All-Star game affects the Democrat leaning urban folk: 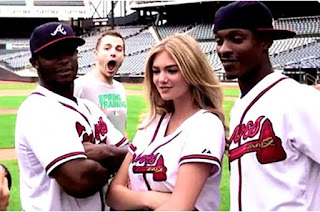 One sad lesson to be taken from this episode is that it’s another manifestation of both the extent and the consequence of the political, economic and social polarization in Georgia and nationally. The truth is, a $100 million blow to Metro Atlanta’s economy was a small price for the legislation’s rural sponsors to pay to satisfy Republican voters who still believe their own party’s officials stole the presidential election from President Donald Trump and handed it to Biden.

Arguably, it’s no price at all. State Sen. Max Burns, who chairs the Senate Ethics Committee that produced the final version of S.B. 202 and is listed as its No. 1 sponsor, hails from Sylvania, Ga., which is more than 200 miles from Truist Park. It’s doubtful he or his constituents will suffer economically because the All-Star Game will now be played in Denver — at least not immediately.

From the Wombat'sLate Night With In The Mailbox: 04.07.2,   Power Line: Biden Begins His War On The Suburbs. I beg to differ; it's been an ongoing guerrilla war for years.
Always at trip, Sen. John Kennedy: MLB Commissioner’s Decision to Turn Baseball into a Blue Sport ‘Makes Me Want to Heave’ (CNS News). PM, Jake Tapper slammed by critics after touting MLB's Georgia departure but defending CNN's Atlanta HQ. Boycott CNN! Wait, I already am. 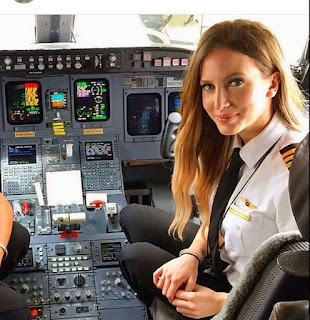 "Our flight deck should reflect the diverse group of people on board our planes every day,” it reads. "That’s why we plan for 50% of the 5,000 pilots we train in the next decade to be women or people of color.”

Now do the NBA or the NFL or MLB.

Insurrectionist, Atlanta Mayor Lance Bottoms Signs Executive Order Circumventing GA Election Laws. Da Wire.
Looks like all reasonable stuff, but I'm suspicious of the training, which will likely involve circumventing the anti-fraud aspects of the law. Mark Jarrett at Am Think thinks The new Georgia voting law is anything but ‘Jim Crow 2.0’. Of course, that was just polemics. As Gabe Kaminsky at Da Fed notes, for example, Instacart Attacked Georgia’s Voter ID Law But Requires Its Own Shoppers To Provide ID. The hypocrisy on the voter ID front is just mind boggling. Morning Conslut, Voting Law Strengthens Brian Kemp’s Standing With Georgia Republicans. "Is It Enough to Stop a Divisive Primary?  The Georgia governor’s popularity is on the upswing with GOP voters, but it hasn’t fully recovered from Trump’s 2020 attacks". The Democrats are making him look good. Is it deliberate? I doubt it.
Bring out your dead! Breitbart, Kentucky Governor Andy Beshear Signs Bill to Clean Voting Rolls and Expand Early Voting. Da Signal, Pennsylvania Agrees to Exhume Dead From Its Voter Rolls, and Gabe Kaminsky again, Lawsuit Forces Pennsylvania To Ensure It Takes Dead Voters Off Its Voter Rolls. Why would anyone fight taking the dead off the voter roll? Only if you expect to use them to vote.

The suit, filed in November, alleged that at least 21,000 deceased individuals were still on voter rolls during the 2020 presidential election. Data compiled by the Watchdog group alleged that more than 9,200 of the people registered had been dead for at least five years, in addition to nearly 1,990 that had been dead for 10 years. An estimated 197 voters were dead for at least twenty years. The Pennsylvania Department of State did not agree in the settlement with the number of dead voters.

Our ideal election system would look like this:
Did we miss anything?

From Mike LeChance at LI, Man Held for Capitol Riot Alleges He Was Beaten by Jail Guards "“was severely beaten by correctional officers, [is now] blind in one eye, has a skull fracture and detached retina”"

For weeks, Capitol riot defendants being held in Washington have complained that they are locked in their cells with virtually no human contact for 23 hours a day. But a startling, graphic account offered publicly in court on Tuesday by one such inmate, Ronald Sandlin, went further: alleging that guards have subjected those charged in the Jan. 6 events to violence, threats and verbal harassment.

“Myself and others involved in the Jan. 6 incident are scared for their lives, not from each other but from correctional officers,” Sandlin said during a bail hearing conducted by video before U.S. District Court Judge Dabney Friedrich. “I don’t understand how this is remotely acceptable,” he added, saying he was being subjected to “mental torture.”

In an unusual direct plea to the judge, Sandlin said another Capitol riot defendant, Ryan Samsel, “was severely beaten by correctional officers, [is now] blind in one eye, has a skull fracture and detached retina.”

Wa Free Bee,  Nation of Islam Calls Supporter Who Assaulted U.S. Capitol ‘Brother With Such Great Potential’ "Organization vows to find motive for attack, including mind control" At least somebody is looking for a motive, goodness knows the media won't do it. And anyway, Who Cares if a Nation of Islam Racist Killed a White Cop? "Social media and the Democrats are suddenly struck colorblind."

Linked at Pirate's Cove in the weekly Sorta Blogless Sunday Pinup and linkfest. The Wombat has Rule 5 Sunday: Selina Kyle & Catwoman and FMJRA 2.0: Love Removal Machine ready on time and under budget.