Legislation requiring Virginia to study gold mining and its effects on health and the environment is headed to the governor, but without an earlier provision that would have banned any large-scale gold mining of over 10 acres in the state until July 2023.

On Thursday, the House of Delegates agreed to the modified version of the bill that cleared the Senate Tuesday.

The Senate Committee on Rules removed the temporary moratorium on gold mining Feb. 12 with little discussion after Weyerhaeuser, a forest products company that owns land in Buckingham County where Canadian company Aston Bay Holdings is conducting exploratory drilling for gold, and the Virginia Transportation Construction Alliance testified in support of the study but opposed the ban. 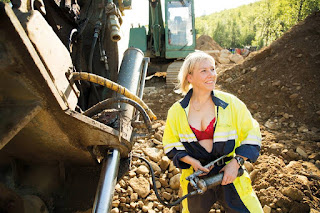 “Placing a moratorium on permit issuance is simply premature in our opinion while this study is underway,” said Katie Hellebush, a lobbyist for Weyerhaeuser. “Several layers of adequately protective permitting processes exist from local to federal levels and address each concern outlined in this bill.”

The legislation, which was carried by Del. Elizabeth Guzman, D-Prince William, stemmed from concerns about Aston Bay’s drilling in Buckingham and the company’s comparison of the site’s potential in an investor statement to the Haile gold mine in South Carolina. That 5,000-acre mine is the only active operation of its kind east of the Mississippi and has recently been charged with numerous environmental violations by South Carolina regulators.

Gold has not been mined in Virginia on a large scale for decades. The only company currently mining gold in the commonwealth is Big Dawg Resources in Goochland, which targets small, previously mined sites under 10 acres in size while also cleaning up mercury pollution. 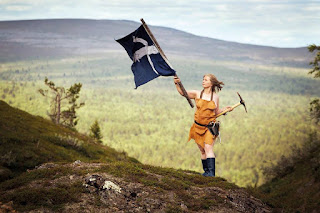 The mercury being the result of old mining, where extraction of gold by forming an amalgam with mercury was common. It's still a serious problem in parts of California, Alaska and Canada.

It's not widely known, but there is a band of gold bearing geology that runs along the foothills of the Appalachian Mountains, the Piedmont, running from Georgia to Maine. It's not as rich as the "Mother Lode" country of California, or the Yukon on Alaska or the Klondike in Canada, but in it's day, it supported quite a few mines, at a time when the value of gold was far lower than it is today (but to be fair, prices were also much lower). Most of the mines have been abandoned, but if you know where to go you can still occasionally find color in a pan.

You only have to watch Gold Rush on TV for a few episodes before you realize that industrial scale gold mining can be terribly disruptive to the environment. Large areas are stripped of soil, and the subsoil washed to extract the gold. They do landscape restoration afterward (and yes, it's in the budget), but it must take years to look good again.