Rockfish in the News 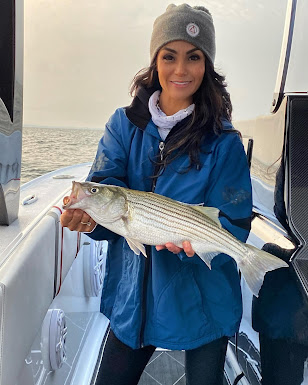 Chris Dollar: This amendment will be the roadmap for preserving rockfish for next 10 years


Two things stood out to me during the ASMFC’s Striped Bass Management Board discussion: Approving the release of the Public Information Document for Draft Amendment 7, which went off without a hitch, and the convoluted debate on circle hooks that ran two-plus hours! (I am not joking.) Let’s take the second part first.

Few people appreciate a robust exchange of ideas more than me, and I get the respectful parliamentary style the ASMFC follows. But I never saw this coming. Perhaps I should have. Man, that was some twisting, weird rabbit hole we detoured down.

I cannot possibly recount accurately the back-and-forth among members about everything from definition of “bait” to specific gear such as tube and worm jigs. Long-story short, some states are struggling to implement the circle hook requirement, and, as I read it, also probed about the possibility of an exemption. 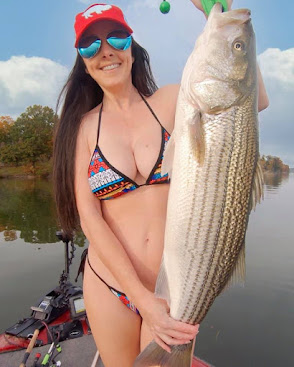 Maine and Massachusetts seem to voice the biggest concerns, I assume in response to push back from the fishing community. In the end, the striper board decided to form an ad hoc committee to hash out the issues, with a report due by early March. This could open a can of worms, if other states also begin to rethink its circle hook rules, so stay tuned. Unfortunately, the kerfuffle sucked up all the time, leaving those in the public who wished to comment effectively muted.

Maryland implemented mandatory non-offset circle hooks when live-lining or chumming in 2018. Circle hooks, when used properly, help prevent gut hooking. When first mandated, my phone blew up with folks wanting to express their dissatisfaction over the new rule; several said they wouldn’t comply. I’ve long championed circle hook use and think they’re a good conservation tool. However, last year’s bust of six charter boat captains and the numerous citations issued to private anglers for non-compliance tells me that circle hook acceptance, and proper use, as well as on-the-water enforcement are still works in progress. 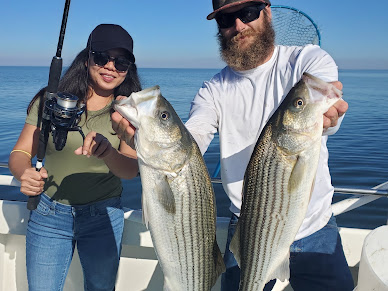 Even if every angler and charter skipper up and down the coast and from Swan Point to Cape Henry used them perfectly and practiced exceptional release techniques, the savings to rockfish stocks is still relatively small compared to other factors. Anyone who thinks we can rebuild rockfish on mainly on the back of circle hooks is delusional.

The good news is that, as expected, the ASFMC approved for public comment the Public Information Document (PID) for Draft Amendment 7 for Atlantic stripers. This is the first step in the process to make changes to the Interstate Fishery Management Plan (FMP). It is a fact that rockfish are in decline, and of particular concern is the drop-in numbers of large breeders. 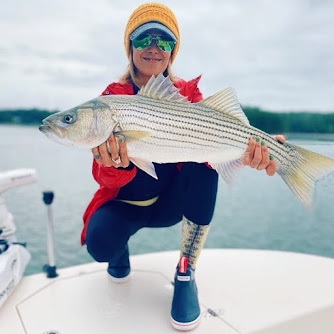 That is quite a challenge, given the striper fishery that runs from Maine to North Carolina is far from monolithic. The timeframe for public hearings is March and April, likely held virtually. If all goes well, when the coastal striper board meets in May they’ll need to consider the public’s input, and then set ASMFC staff to work implementing items for inclusion in Draft Amendment 7.

I’ve fished for stripers in earnest since the moratorium was lifted, and written on rockfish conservation since 1997, so I cannot overstate how important Amendment 7 is for the future of this iconic gamefish. Amendment 7 will be our roadmap for the next 10 years at least. Every fishery manager and biologist, professional skipper and guide, hardcore angler and tackle business owner I’ve spoken with has a somewhat different take on what needs to happen. All agree, however, that this is a huge opportunity — perhaps the last in my lifetime — to get it right. 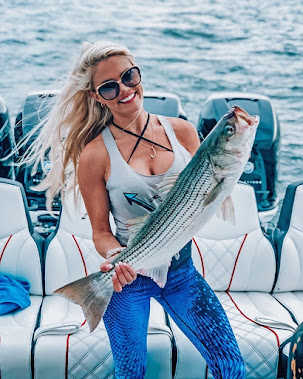 At this point, my view on Striped Bass is fairly simple; we're in a serious down phase in their population, probably for a number of reasons including heavy fishing, disease and weather affecting spawning and recruitment. We only have control over one those factors, fishing.  Recruitment has been on the weak side for several years, while fishing pressure has stayed fairly high. Our only weapon is to reduce fishing. If we don't seriously curtail the taking of stripers for both recreational and commercial fishermen coast wide, until we have enough recruitment (and then enough time for the fish to grow to a reasonable size to fish), we will just continue to whittle down the population until a coastwide ban on striper harvest is necessary.
The Wombat has Rule 5 Sunday: A Death Goddess For Your Consideration ready for your consideration at The Other McCain.
Posted by Fritz at 4:12 PM