Because It's Different When They Do It 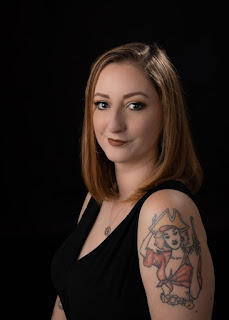 
In a very interesting plot twist, it turns out the Washington Post op-ed writer who blasted the Tampa Bay Buccaneers and called the use of the Buccaneers’ name “problematic” because it is “romanticizing ruthless cutthroats” has an interesting tattoo and selective outrage.

“While this celebration of piracy seems like innocent fun and pride in a local culture, there is danger in romanticizing ruthless cutthroats who created a crisis in world trade when they captured and plundered thousands of ships on Atlantic trade routes,” Jamie L.H. Goodall wrote in the Post op-ed.
Goodall, who received a PhD in history in Pirates in the Atlantic/Chesapeake/Caribbean from Ohio State University, says she can be found at the Maryland Renaissance Festival “dressed as my alter ego: Torienne, Ship’s Scholar of the crew Mare Nostrum,” according to her website.

“I drink and I know things,” she adds. 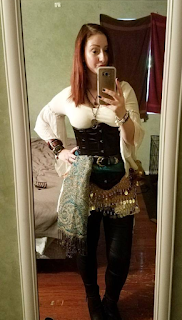 Maybe she should change her flavor of Kool-Aid.

It’s like Jamie didn’t think people would go looking into her past to see what her story is. There is no need to get into some philosophical battle with PhD nerds over this story. Let’s pretend we’re having garage beers here. Jamie clearly thinks it’s horrible that Tampa Bay uses Buccaneers as a nickname because her politics tell her it’s supposed to be bad, and when you’re woke there are no days off. You have to be fully outraged at all times, even if you have this as a shoulder tattoo.

Now Jamie will fade off into Internet history, and she’ll go back to romanticizing pirates. Her work here is done. Football teams aren’t allowed to romanticize pirates, but Jamie is.

Why does an apparently moderately well educated woman think she can cosplay as a pirate while decrying a football team named after pirates? Because she knows that her class abhors the class of people who like football, and any thing she can do to denigrate them will be well received by her "peers."