There's money in plastics, just not the way you think: Morgan State U Gets $1 Million to Study Bay Microplastics

Baltimore’s Morgan State University is diving into the issue of microplastics in the Chesapeake Bay, thanks to a nearly $1 million federal grant.

Morgan State is Maryland’s largest Historically Black University, a research institution along Herring Run in Northeast Baltimore, which leads into Back River.

The $999,999 funding, announced by lawmakers U.S. Senators Chris Van Hollen and Ben Cardin and Congressmen Dutch Ruppersberger, John Sarbanes, and Kweisi Mfume (all D-Md.), focuses on microplastics’ impact on marine ecosystems, with the Chesapeake Bay serving as a model.

Microplastics are very small (less than five millimeters) pieces of plastic debris that can be ingested by marine life, settle on shorelines and in underwater grasses, and even attract other chemicals to carry along with them. 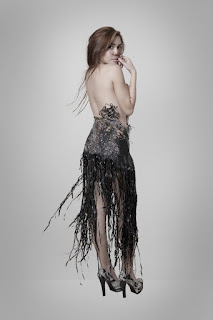 Attracting pollutants is a thing that particle in general do, whether they are sediment, biological detritus or plastic. Evidence that property is a problem for biota and not a benefit are still lacking.

The Chesapeake Bay Program warns that alarming amounts of plastics, often too small to see, are increasingly being found in the Bay. To date, the U.S. Geological Survey has found microplastics in all samples taken at nontidal stations in the Chesapeake watershed—not just the Bay proper, but also its rivers and streams.

With the new funding, Morgan State students will participate in STEM research, and the funding will allow the university to recruit and support students pursing doctoral degrees on this important issue.

“This new federal grant funding will help Morgan State University lead the way in microplastics pollution research and accelerate aquatic cleanup efforts. It’s a clear win-win – helping us to improve the health of the Bay while investing in the capabilities of our researchers at Morgan State,” said the lawmakers in a joint statement.

The funding was awarded through the National Science Foundation’s Historically Black Colleges and Universities Research Infrastructure in Science and Engineering (HBCU-RISE) program, which supports STEM research at HBCUs that offer doctoral degrees in science and engineering disciplines.

I was in the business back when they first started about worrying about microplastics in the ocean and in the bay. As far as I know, they've never really demonstrated that microplastics really have any negative effects on biota; they spin theories, but either they never get tested, or they get tested and prove false, and never see the light of day because of the known scientific publishing bias for positive results.

Back when we were looking for materials that were largely inert to contain organisms, we would often choose plastics of various sorts. Mostly, they just don't like the idea that the plastics are there.