I Guess I Need to Buy a Few More 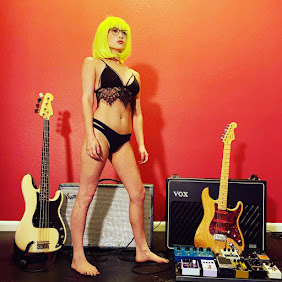 From blog-friend Edward Teach at Pirate's Cove, Wood For Guitars Could Become Ruined Because You Ate A Tasty Burger Or Something


Another story of doom and gloom from the Cult of Climastrology, and it’s all your fault

It is the wood that the rock greats have sworn by—swamp ash, in the form of their Fender Telecaster and Stratocaster guitars—for over 70 years. If you’ve ever listened to rock, you’ve probably heard a swamp ash, solid body guitar. But now, climate change is threatening the wood that helped build rock and roll. 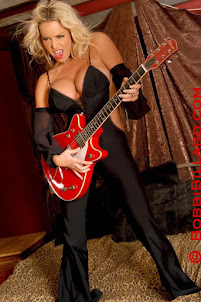 In today’s podcast, veteran guitarist Jim Campilongo takes us through the finer points of swamp ash and what it would mean to lose it.

Unlike usual posts, that’s all there is. You can watch the video, which is as climacrazy as you’d expect. Just another bit of fearmongering from the cult

Don't watch the video, it shows nothing, except some moderately decent guitarist noodling around on two different guitars, pretending to show you the difference in tone. I don't doubt that a solid body has a different sound than a hollow body, and maybe even the type of wood could make a slight difference, but far and away, the control over tone in electric guitars is done by the electronics. But guitarists tend to be like other audiofiles; they swear they can hear the difference between cables made with gold and cables made with baser metals; double blind studies not withstanding. 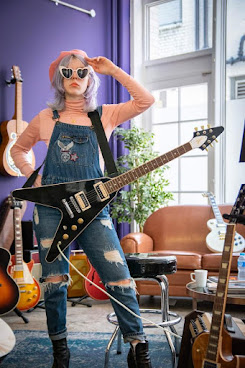 And just for due diligence, I looked up "swamp ash" since I'd never really heard of it, and it turns out it's not even a distinct species; just a word for a variety of deciduous trees that grow in swamps and can be turned into guitar bodies.
Wikipedia claims "As of 2020, climate change is creating a shortage of swamp ash suitable for making electric guitars," citing the Sci-Am article above, but I suspect it's due more to a plague of chainsaws unleashed by the demand for guitar wood.
The Wombat has Rule 5 Sunday: Niece Waidhofer up and running.
Posted by Fritz at 2:27 PM