Not unexpectedly, the Senate voted 56-44 that the shampeachment of Donald Trump, the "trial" to remove a person no longer president from the office (and then presumably to bar him from office), presided over by judge, prosecutor and juror Patrick Lahey was constitutional. If you want to see the action, Sundance at CTH has the video link, Senate Impeachment Trial for Insurrection, Day One – 1:00pm Livestream  NR's Zach Evans,  Senate Votes to Proceed with Trump Impeachment Trial

The Senate voted 56-44 largely along party lines to declare the impeachment trial of former President Trump constitutional, formally allowing the trial to proceed.

Six Republicans voted with Democrats to approve the constitutionality of the trial: Susan Collins of Maine, Ben Sasse of Nebraska, Mitt Romney of Utah, Lisa Murkowski of Alaska, Pat Toomey of Pennsylvania, and Bill Cassidy of Louisiana.

Reruns. . . Republicans will vote to acquit by relying on the defensible but unconvincing argument that a trial of an out-of-office President is not Constitutional. . . .Is anyone expecting any surprises? Ok, that's why they are called surprises. But I don't see any coming.

Joe Biden took time to remind people of this when asked whether or not he would watch the Senate impeachment trial of former president Donald Trump.

Those who did watch (I didn't except for a few minutes waiting for "The Curse of Oak Island" to start, it's less predictable and has a stronger plot than Shampeachment 2.0) said that Trump's new lawyer, Bruce Castor did a terrible job, changing his response to the persecution's emotionally inflamed opening. Dershowitz: I Have No Idea What Trump’s Lawyer Is Doing In Opening Arguments. Althouse, It was at precisely the 9-minute mark that I turned off the Bruce Castor opening statement, because I didn't need to watch someone else's nightmare and "Meandering Performance by Defense Lawyers Enrages Trump/The former president was particularly angry at Bruce L. Castor Jr., one of his lawyers, for acknowledging the effectiveness of the House Democrats’ presentation." Maggie Haberman reports (at the NYT).

It is painful to watch a legal proceeding where one side has far, far better legal representation than the other. Castor is a former prosecutor, so perhaps he's used to being on the side that is much better represented and has skills honed through encounters with overworked, underprepared criminal defense lawyers. I don't know if I want to feel sorry for Trump for his lack of representation, when there are so many people struggling with insufficient legal assistance. It's easy to ignore such people. They're not in the spotlight.

ADDED: Trump is a conspicuous victim of poor representation. But I do feel bad about it. I want to see a fair fight. Yet perhaps it is his fault for trying to dictate what his lawyers must argue and leaving them in the position where their only alternative was to walk away, leaving Trump to scramble for someone, anyone who will represent him, and those are the characters who are struggling to hold up Trump's end of the fight. It's a grisly spectacle, but Trump has responsibility for it.

In the end, of course, it shouldn't matter. 44 Republicans have decided the whole procedure is unconstitutional, likely forcing an exoneration, and causing the Democrats to resort to even more dubious tactics. Capt. Ed at Hot Air, Democrats’ Back-Up Plan: Let’s Do Something Unconstitutional Too

PM,  Constitutional scholar SHREDS Democrat impeachment manager for falsely claiming he supports Trump impeachment trial "Democrat impeachment manager Rep. Joe Neguse (D-CO) falsely claimed that constitutional scholar Jonathan Turley supported the belief that former presidents should be tried for impeachment." Lying liar lies ludicrously. From the Bulwark Boyz Girlz Kim Wehle, Call. Witnesses. "There was a crime. There is a trial. There should be witness testimony" while the WSJ intones How to Keep America Polarized "Democrats are happy to throw over any rule, custom or convention that gets in their way." 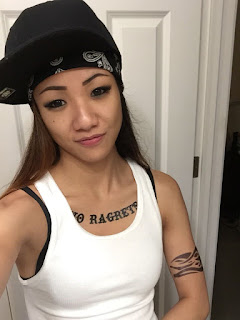 CNN reports House Republicans who backed impeaching Trump have no regrets as Senate GOP reckons with former President's role I hope they have no ragerts over their upcoming removal from office, either. Sundance DeceptiCons Perplexed, President Trump Support Not Waning – Retribution to GOP Increasingly Likely


Interestingly Politico is picking up on a fear amid the GOPe (establishment) that President Trump will likely not only survive the second insufferable impeachment effort, but he is likely to exit stronger than ever…. and that means retaliation against the DeceptiCon class of republicans.

This is the blind spot of the UniParty, their inability to see that smart Americans have identified their motives and are prepared to destroy them.

I wouldn't put it that strongly, but Republicans have noticed that a strong president can move the things they want accomplished forward, and won't be satisfied with representation that settles for mild opposition to the progressive agenda.

Katherine Mangu-Ward at Reason whines The Not-So-Peaceful Transfer of Power "Our long record of peaceful transfers of power now has an asterisk on it." Ace, That Time Article Reveals: The Institutional Left Kept Antifa Away from the Capitol on January 6th by... Ordering Them To Stand Down on January 6th I want to steal the whole thing, but with respect to Ace, only:

But there weren't any sizable protests on January 6th.

Well, that article in Time explaining how the left, and their Quisling partners on the pseudoright and in corporate America, rigged the election, it's explained why there wasn't an army of antifa and BLM protesters at the Capitol.

It's because the so-called "Architect" of the conspiracy saw the prize within his grasp, but realized that Trump could benefit if antifa showed up and started beating on peaceful protesters. (Remember: the vast majority were perfectly peaceful and the non-peaceful events didn't occur until later in the day.)

So this "Architect," and other influential voices on the left, told their antifa and BLM paramilitaries to stand down.

And antifa and BLM obeyed the orders.


There was one last milestone on Podhorzer�s mind: Jan. 6. On the day Congress would meet to tally the electoral count, Trump summoned his supporters to D.C. for a rally.

Much to their surprise, the thousands who answered his call were met by virtually no counterdemonstrators. To preserve safety and ensure they couldn't be blamed for any mayhem, the activist left was "strenuously discouraging counter activity," Podhorzer texted me the morning of Jan. 6, with a crossed-fingers emoji.

This establishes several things. First, despite what the organized establishment left says, they do in fact have great influence over antifa and BLM rioters, looters, and killers, and maybe sometimes outright control over them.

Bear in mind, antifa can only do what it does because it has an army of pre-paid lawyers to get them out of jail. The institutional left forks over the money for those lawyers, and seems to control them.

So when the left says "Don't show up," antifa and BLM know that could mean... no bail, lots of jail.

The Beeb has  Five takeaways from the arrests at the Capitol riots:

NYT, cited at Hot Air,  Trump Isn’t the Only One on Trial. The Conservative Media Is, Too. Behind the Black, Today’s blacklisted Americans: All Republicans who questioned the November election count

They’re coming for you next: The list of Americans whom the left and Democratic Party wish to blacklist just keeps getting longer. Now, in league with its chief slander organization, the Southern Poverty Law Center (SPLC), any Republican politician who wanted an investigation into the numerous and often very credible allegations of fraud and vote tampering in the November presidential election has been slated for cancelling and the destruction of their lives.

NYT whines Fox Files Motion to Dismiss Smartmatic’s $2.7 Billion Defamation Suit. Althouse, "The public had a right to know, and Fox had a right to cover, that the president and his allies were accusing Smartmatic (and others) of manipulating the election results, regardless of the ultimate truth or accuracy of those allegations."

Of course, NYT stuck in the "debunked", which is a lie, but one that the media has insisted on using to shut down the conversation.

Dennis Prager (always worth reading), at RCP thinks he stumbled onto The Most Important Question About the 2020 Election

So, then, there is one question I have never heard posed that trumps all other considerations: Would moral considerations prevent Democrats from cheating to oust Trump? Or, to put the question in the positive: Would Democrats deem it morally obligatory to cheat on behalf of Joe Biden?

For four years, the media and their party, the Democrats, told us every day that Trump is a fascist, a dictator, a racist and a white supremacist; that he was an agent of the Russian government -- a real-life Manchurian candidate. We were also repeatedly told by the lying media (Trump's accurate description of the mainstream media) that in Charlottesville, Virginia, Trump said there are "very fine" Nazis (see the PragerU video, "The Charlottesville Lie"). Yes, the media told us with a straight face that a man with a Jewish daughter, Jewish son-in-law and Jewish grandchildren said there are fine Nazis. Biden said he decided to run for president because of this lie.

So, then, here is the question: Why would anyone who sincerely believed Trump is a white-supremacist fascist dictator not cheat if he or she could prevent such a person from becoming or remaining president of the United States?

Let me sharpen this question: Isn't someone who could prevent a fascist, white-supremacist, Nazi-defending dictator morally obligated to cheat if he or she could prevent such a person from becoming president?

Actually, Scott Adams of Dilbert fame broached this idea in an podcast soon after the election, and I linked it. Don't make me try to find it. I'm not accusing Prager of plagiarism; it's just that good minds tend to follow similar paths.