But Can You Smoke Them?

One branch of the fang blenny family tree that has coupled these massive chompers with a venom that helps defend it from predators and compete with other little fish.

"We expected this venom to be intensely painful, but instead the bites are actually pain free," says associate professor Bryan Fry, head of the venom evolution laboratory at the University of Queensland's school of biological sciences. "What really surprised us was that [the fang benny's] venom contains these opioid-acting peptides." 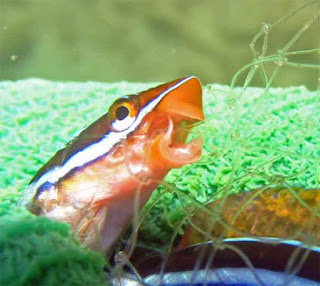 There are lots of fish with toxic stingers on fin rays (or in the sting ray's case, the tail) but his is the first fish I've heard of with a toxic bite


"Now, they're not trying to do pain killing as the intended use of the venom, rather it's been selected for the side effects. Anybody who's ever taken a pain killer knows you get a bit woozy, your blood pressure goes down, you're not terribly on your game, so in this case they're using a form of chemical doping to win this competition."

Does the fang blenny venom work on humans as a pain killer? 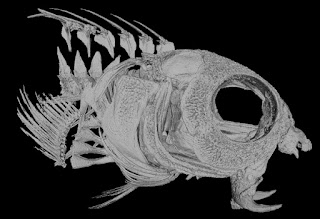 Many of these blennies also mimic common "cleaning fish", that pick parasites off of larger fish, and take a sneak bite. Does this venom somehow help in their attacks?


Likely yes, but it's only been tested on animals so far. However, the venom is not a mysterious new chemical; it's actually very similar to something we have in our bodies called enkephalin.

Because the chemical is a derivative of a type of peptide humans make naturally, says Fry, researchers are starting "much further ahead of the game" than they normally would be when exploring a potential new pain killer.

These enkephalins work like the natural pain killers in our own bodies. The question is, do the fang blenny version work better than our own? Are they more potent? Do they have fewer side effects? Most importantly, can we learn how they work and subsequently create a new drug?

I'm willing to bet it will be a long time before we see a new drug based on blenny venom, let alone help with the opioid crisis.