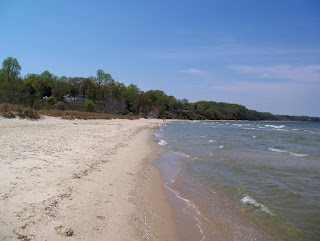 After some yard work and lunch, Skye "persuaded" me to take a walk down to the beach. 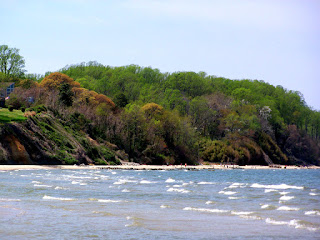 Yeah, Spring has been going a while now, but it's really beginning to show here. The trees along the cliff now have enough foliage to blush green, with some other shades from fresh leaves. 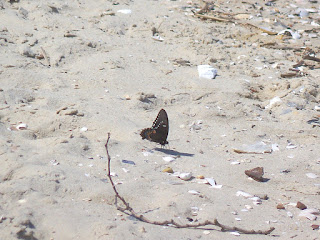 A new butterfly for the year, the familiar Spicebush Swallowtail, probably the most common of the three black swallowtails we see. 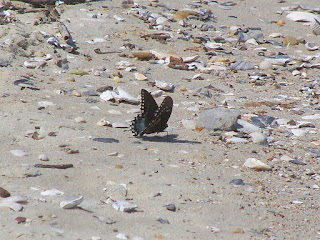 The greenish blue wash on the hind wings marks it as a male. The females are a more distinct blue. Males also form the majority of the butterflies "puddling" on the beach, to replace fluid and salts lost in mating. 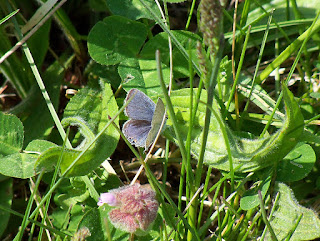 Another recent first is the Eastern Tailed-Blue, the tiniest of all our butterflies. One might cover up the fingernail on my little finger. 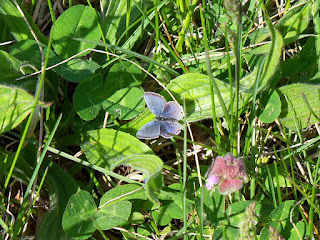 This little gem is also male, as the female has  much duller brown wings. 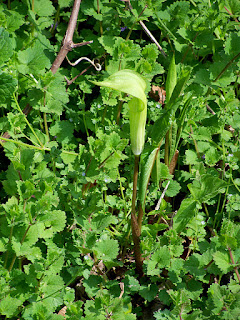 Some Jack-in-the-Pulpit along the roadside on the way home:


One account from the Meskwaki Indians states that they would chop the herb's corm and mix it with meat and leave the meat out for their enemies to find. The taste of the oxalate would not be detectable because of the flavored meat, but consuming the meat reportedly caused their enemies pain and death. They also used it to determine the fate of the sick by dropping a seed in a cup of stirred water; If the seed went around four times clockwise, the patient would recover, if it went around less than four times they would not.[4]

The oxalic acid in jack-in-the-pulpit is poisonous if ingested. Care should also be taken to avoid confusion with poison ivy, which has three leaflets somewhat similar in appearance. 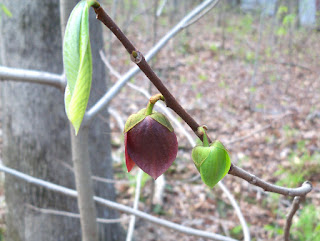 The Paw Paws are just getting going too, with a few small leaves, and their characteristic "liver" colored flower:


Pawpaw flowers are insect-pollinated, but fruit production is sometimes limited as few if any pollinators are attracted to the flower's faint, or sometimes non-existent scent. The flowers produce an odor similar to that of rotting meat to attract blowflies or carrion beetles for cross pollination. Other insects that are attracted to pawpaw flowers include scavenging fruit flies, carrion flies and beetles. Because of irregular fruit production, some believe pawpaw plants are self-incompatible, requiring cross-pollination between trees of different clones (patches).