The barracuda is a ray-finned fish known for its large size, fearsome appearance and ferocious behaviour. The barracuda is a saltwater fish of the genus Sphyraena, the only genus in the family Sphyraenidae which was named by Constantine Samuel Rafinesque in 1815. and is found in tropical and subtropical oceans worldwide ranging from the Eastern border of the Atlantic Ocean to the Red Sea and Caribbean Sea. They are found near the top of the water and near coral reefs and sea grasses.


Barracuda are snake-like in appearance, with prominent, sharp-edged, fang-like teeth, much like piranha, all of different sizes, set in sockets of their large jaws. They have large, pointed heads with an underbite in many species. Their gill covers have no spines and are covered with small scales. Their two dorsal fins are widely separated, with the anterior fin having five spines, and the posterior fin having one spine and 9 soft rays. The posterior dorsal fin is similar in size to the anal fin and is situated above it. The lateral line is prominent and extends straight from head to tail. The spinous dorsal fin is placed above the pelvic fins and is normally retracted in a groove. The caudal fin is moderately forked with its posterior edged double-curved and is set at the end of a stout peduncle. The pectoral fins are placed low on the sides. Its swim bladder is large.

Their teeth are not at all like Piranha, who have teeth more like little razors than fangs. Ask me how I know.


In most cases, a barracuda is dark gray, dark green, white, or blue on its upper body, with silvery sides and a chalky-white belly. Coloration varies somewhat between species. For some species, irregular and unorganized black spots or a row of darker cross-bars occur on each side. Their fins may be yellowish or dusky. Barracudas live primarily in oceans, but certain species, such as the great barracuda, live in brackish water. 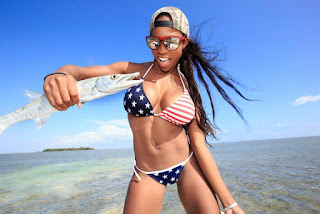 Some species grow quite large (up to 165 cm in length),such as Sphyraena sphyraena, found in the Mediterranean Sea and eastern Atlantic; Sphyraena picudilla, ranging on the Atlantic coast of tropical America from North Carolina to Brazil and reaching Bermuda. Other barracuda species are found around the world. Examples are Sphyraena argentea, found from Puget Sound southwards to Cabo San Lucas, Sphyraena jello, from the seas of India and the Malay Peninsula and Archipelago.

I've never caught a 'cuda, but not for lack of trying. I saw one attack a bluefish off the Fort Pierce Jetty once, and made a tremendous splash of blood in the water. I cast plugs at a couple of 4-5 footers, thick as my leg, off a pier at Key West, while Georgia and Corwin swam at the beach 100 yards away. I even had a guide hook and play one a while under the guide boat in Biscayne Bay once. Maybe someday.

Wombat-socho is back on time and within budget with "Rule 5 Sunday: Hyundai Race Queens." 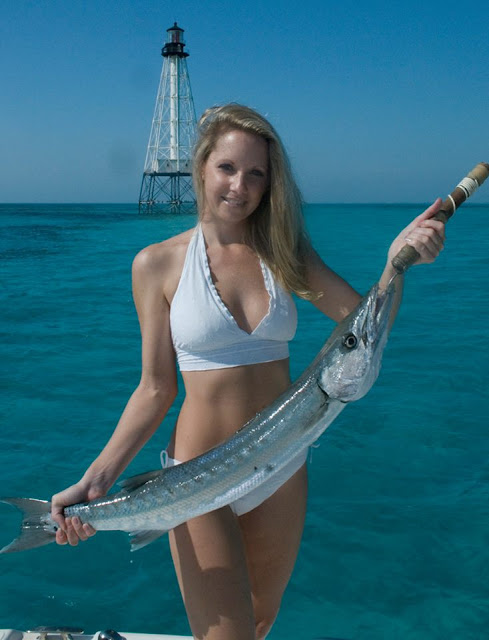 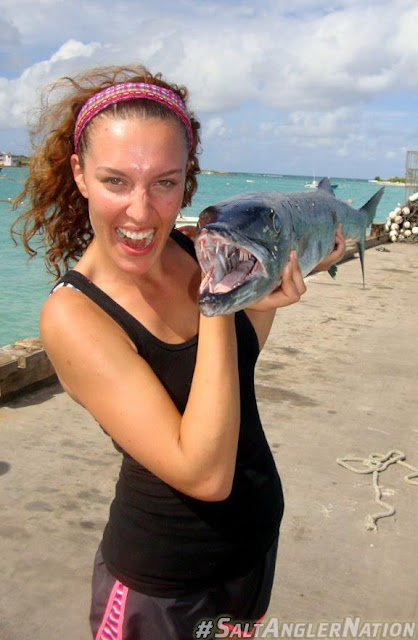 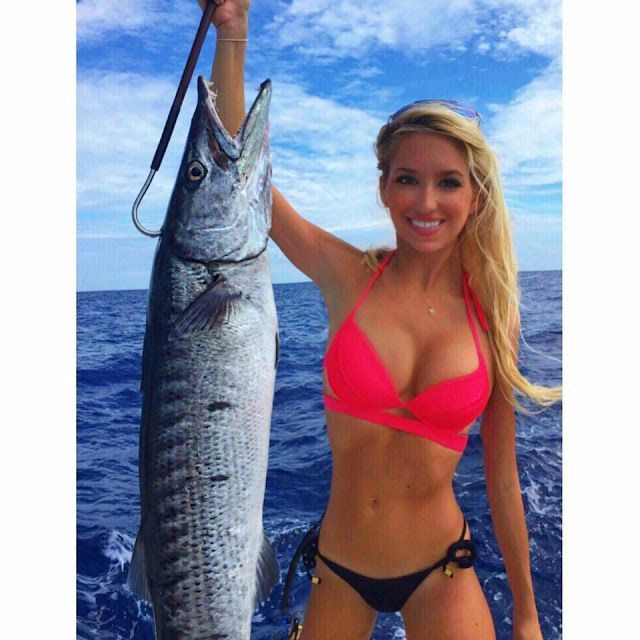 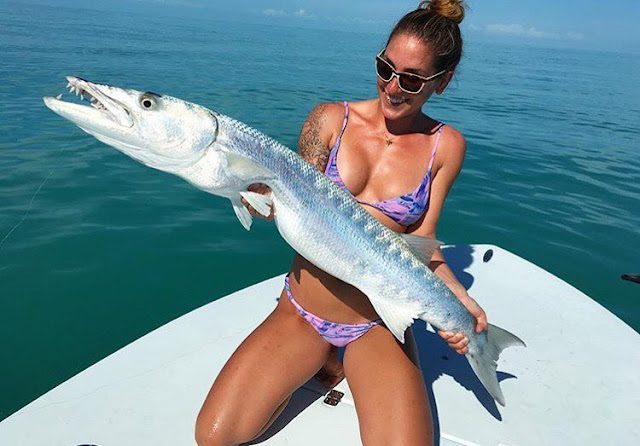 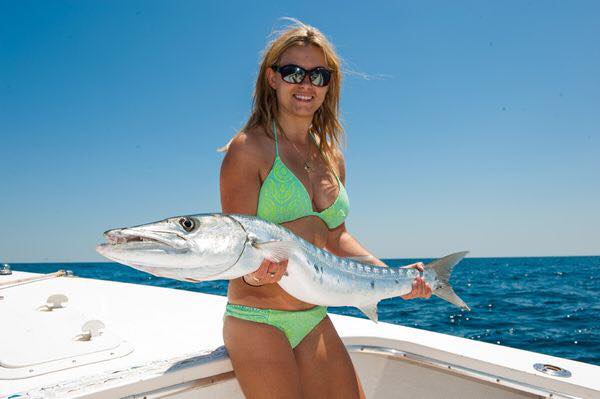