This week's fish pic subject is the Speckled Trout:


Cynoscion nebulosus, the spotted seatrout, also known as speckled trout, is a common estuarine fish found in the southern United States along coasts of Gulf of Mexico and the coastal Atlantic Ocean from Maryland to the Florida. These fish are also found in estuarine locations around Cape Breton Island of Nova Scotia, Canada. While most of these fish are caught on shallow, grassy flats, spotted seatrout reside in virtually any inshore waters, from the surf of outside islands to far up coastal rivers, where they often come for shelter during cold weather. Contrary to its name, the spotted seatrout is not a member of the trout family (Salmonidae), but of the drum family (Sciaenidae). It is popular for commercial and especially recreational fishing in coastal waters of the southeastern United States. Adults reach 19-32 inches in length and 3-15 pounds in weight.


Spotted seatrout live in the top of the water column and are most numerous along the coasts of the southeastern states, such as Texas, Louisiana, Alabama, Mississippi, Georgia, and Florida. They are also common along the coasts of North and South Carolina and Virginia. Estuarine coasts are prime settlement areas. They are uncommonly seen north of Delaware Bay and along the coast of Cape Cod, Massachusetts.

As you may have seen here, we also have a few Specks in Maryland, where they are mostly a summer fish, although a few seem to hang around into late fall and even winter.

Mostly, we associate them with the shallow, salt marsh areas, but they absolutely show up in deeper water at the bottom of the CCNPP discharge in fall and winter.


The spotted seatrout has prominent canine teeth. Like other fish of the family Sciaenidae, it has an elongated, soft dorsal fin witn scales; it is separated from the spinous dorsal fin by a deep notch. It usually has two anal spines and the lateral line extends to the tip of the caudal fin. The back has distinct spots scattered on it, including on the dorsal and caudal fins. Unlike some other members of the family Sciaenidae, the spotted seatrout does not have any chin barbels. In stained water, this fish's background may take on a golden hue. Its shape and coloration is reminiscent of a brown trout. This fish is closely related to the weakfish, Cynoscion regalis.

As well as the west coast sea trout Corvina. 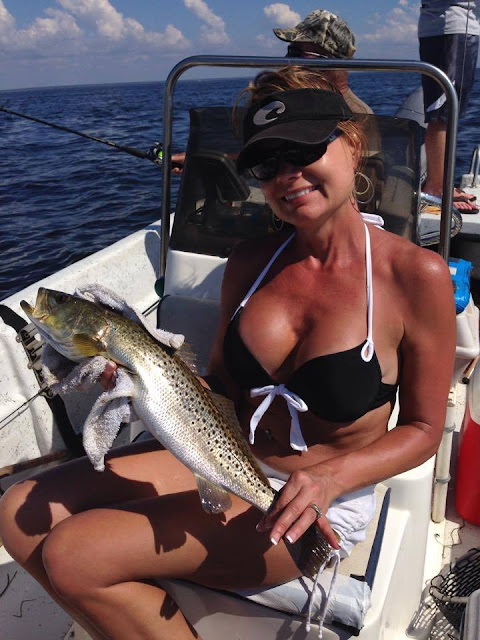 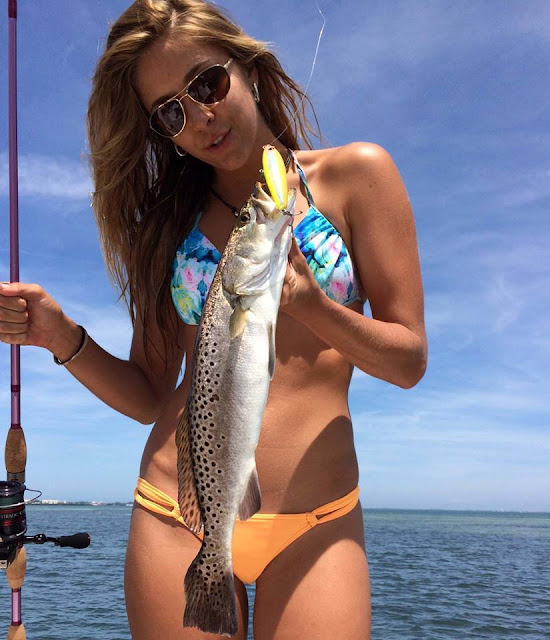 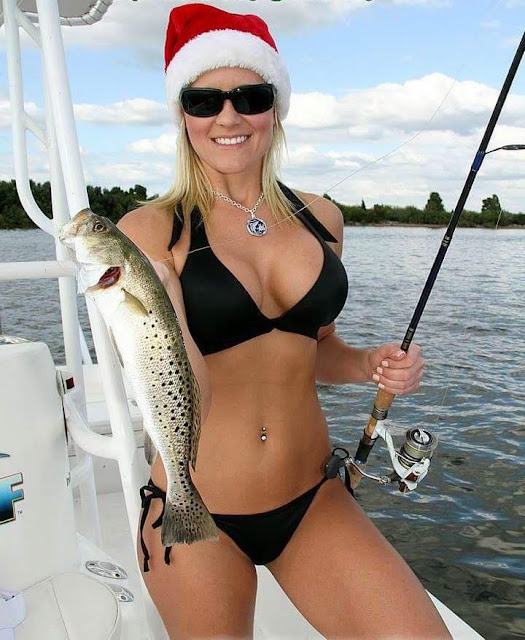 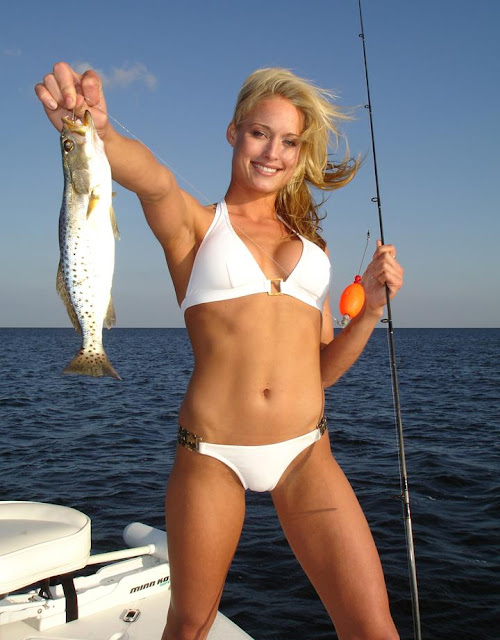 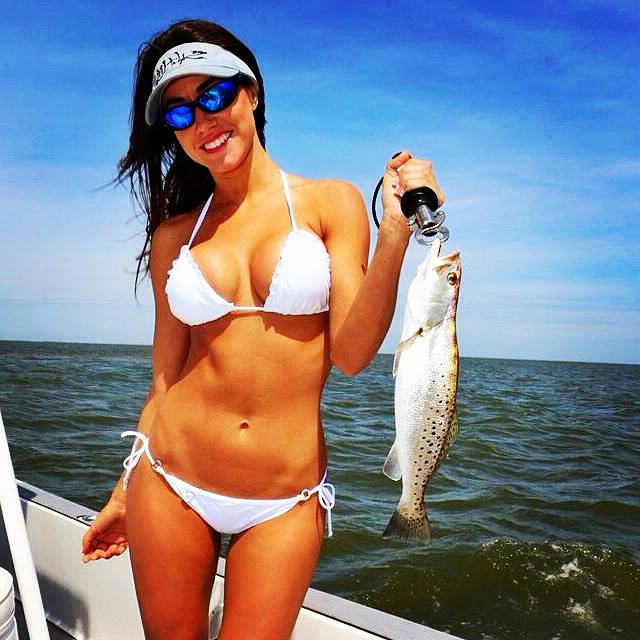 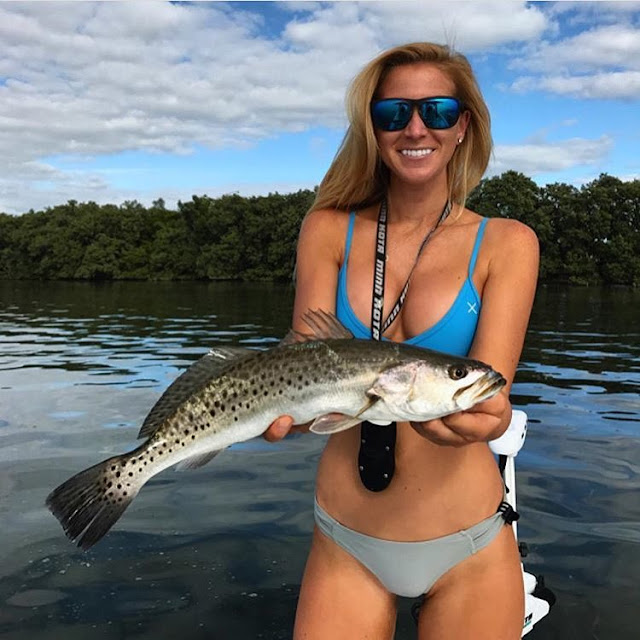 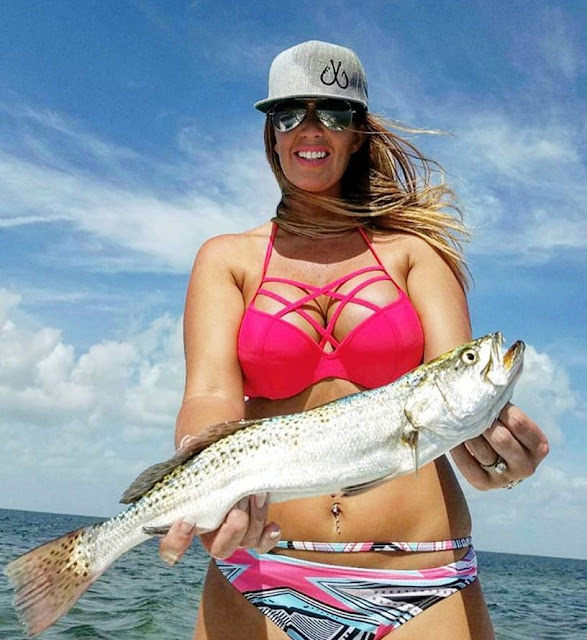 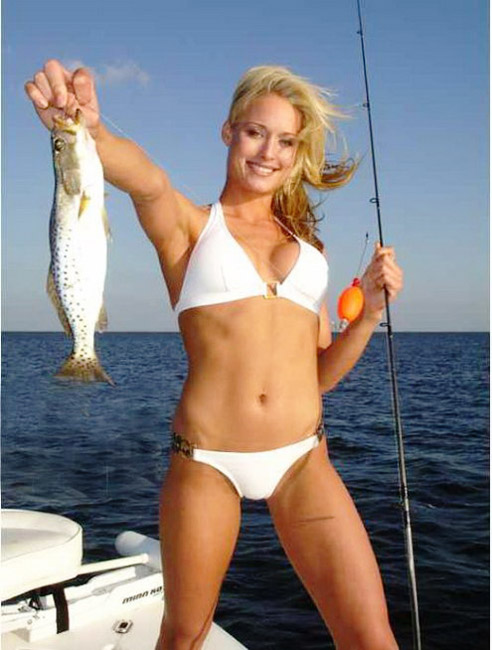 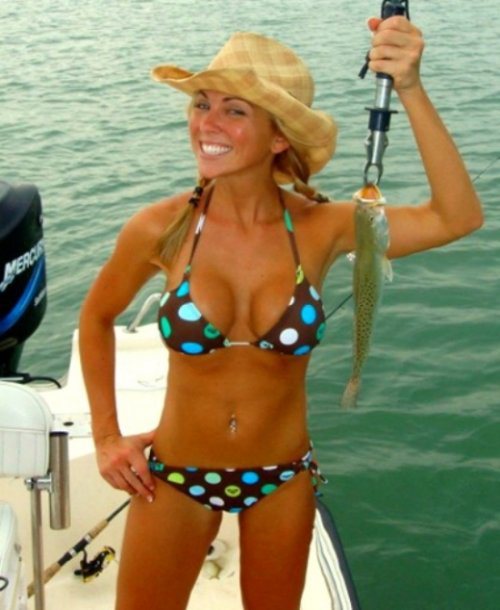 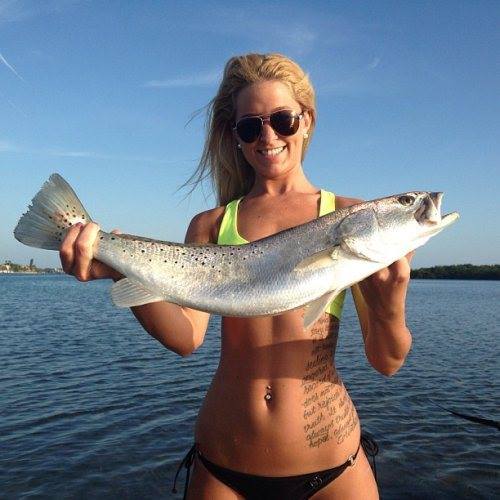 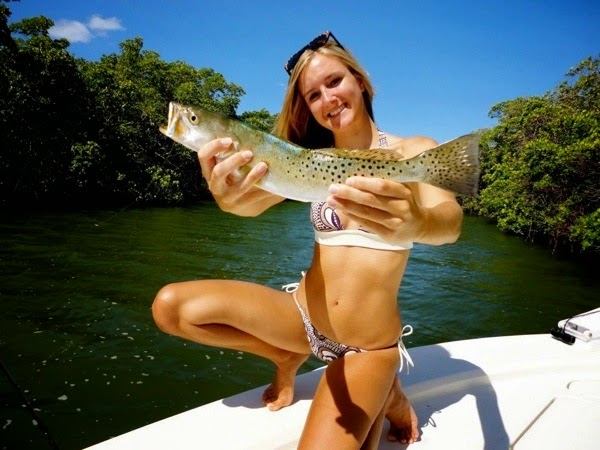 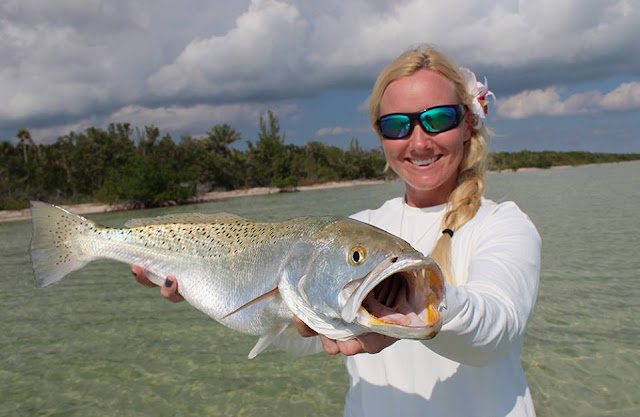 Email ThisBlogThis!Share to TwitterShare to FacebookShare to Pinterest
Labels: Cuties, fish, fishing, Me