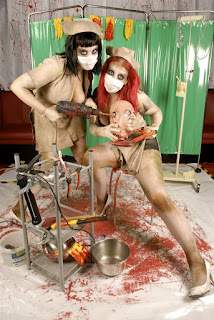 Like a zombie, it rises from the grave, and keeps killing: Judge Rejects North Carolina Blue's $130M ACA Program Claim

A federal judge dealt a major blow to a health insurer's attempt to recoup millions of dollars it says it is owed under an Affordable Care Act program designed to incentivize insurer participation in the ACA public exchange program.

Judge Lydia Kay Griggsby of the U.S. Court of Federal Claims in Washington, on Tuesday rejected a lawsuit brought last June by Blue Cross and Blue Shield of North Carolina. The company had accused the U.S. Department of Health and Human Services of failing to make good on its obligation to pay nearly $130 million under the ACA risk corridors program.

The opinion further widens the divide among Claims Court rulings addressing the issue of the federal government's nonpayment of risk corridor funds.

You fucked up, you trusted them. In an effort to keep people confused, the Trump administration succeeds:  White House commits to ObamaCare subsidies … for now; Update: Or not? 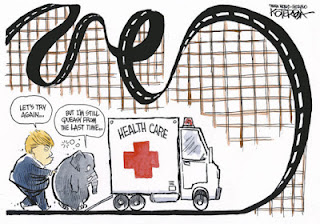 Is this Ivanka's fault or just left over Obama appointees in Justice? Trump administration to defend contraception mandate required under Affordable Care Act Contraception is a good idea, but mandates are not. Obamacare tax delay unlikely in government funding bill. Time to stop polishing this turd.  As if we didn't already have reasons to distrust the UN, they think repealing Obamacare could violate international law, but even Dana Milbank is dubious:


Though of questionable legal value, the U.N. letter is at least a bit of moral support for those defending Obamacare. Those attempting to deny health care to tens of millions of Americans would hurt their own constituents in a way that falls short of the standards we hold for ourselves and other countries. 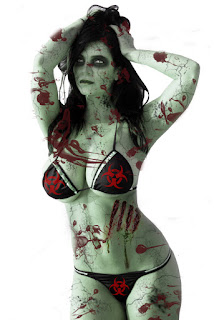 But enough about the old failing Obamacare, what about the Republican attempt to repeal and replace?  White House Still Pressing to Hold Obamacare Vote This Week, but more likely in early May. Trump: 'Doesn't matter' if healthcare vote is next week I agree. Who cares about 10 square days?  But do it soon. Obamacare Cost-Sharing Subsidies Will Not Be Part of the Deal Republicans Make to Keep Democrats From Shutting the Government Down, Ryan Claims:


Cost-sharing reduction payments are separate from the subsidies used to lower the cost of insurance premiums for people buying Obamacare plans on the exchanges (those who make under 400% of the federal poverty line). CSRs are additional payments made directly to insurers to lower out-of-pocket costs including copayments and annual deductibles. However, the way the law is written means that insurers must discount those items for people at the low end of the income scale whether or not they are receiving the money to cover it from the federal government. So if the CSRs are cut off, as Democrats worry the Trump administration made decide to do, insurers will be losing, even more on the exchanges than they already are.

Without the subsidies, the insurance companies will lose money even faster. 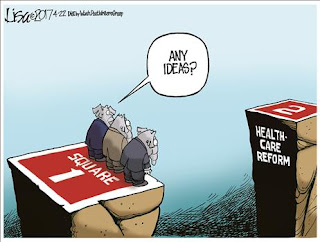 Evidence you can't fool all of the people all of the time, Poll: 50 Percent Have Little to No Confidence in GOP Health-Care Push. Experience suggests this is wise. But this time they'll get it right, right? House, White House considering Friday health care vote. Hey, that's tomorrow! So what's different this time? They got the Freedom Caucus on board: Changes to GOP ObamaCare repeal flips some conservatives, but of course, that means they could lose so-called moderates: Trump’s Health Care Bill Won Over The Freedom Caucus — But Risks Losing Everyone Else. The Hill's Whip List: 19 GOP no votes on new ObamaCare bill. New House Health Repeal Bill Is Already Losing The Senate. Centrist Republicans face growing pressure on Obamacare repealTo rephrase the immortal words of Will Rogers. "I belong to no organized political party; I'm a Republican". House leadership now open to changes to the AHCA after learning new info about EHBs/the reconciliation process, per leadership aide. Rules? We don't need no stinkin' rules!