Buzzed at the Beach! 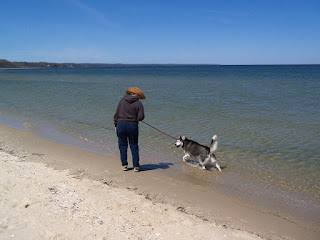 We took a beach walk after lunch. Another sunny day, working it's way up toward 65 F, and breezy at 12 kts from the south. The water is about as clear as it ever gets here, now. 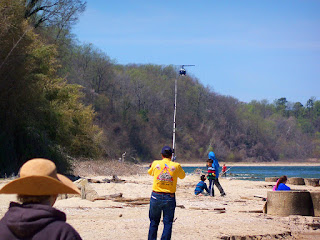 We were most of the way down the beach to Matoaka Cottages when we heard, but did not see, a helicopter. Eventually we saw it, below the top of the cliff, running south over the beach. 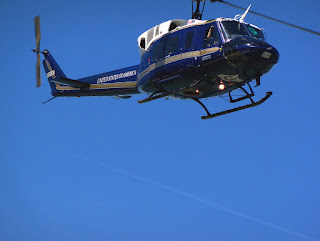 The helicopter is one used to ferry US Air Force big wigs. I've seen it, or one a lot like it,  here before, doing the same thing. Thanks, Captains Robert Yost and Justin Colby! It's a little cool for a bikini run yet, but in a month or so . . . 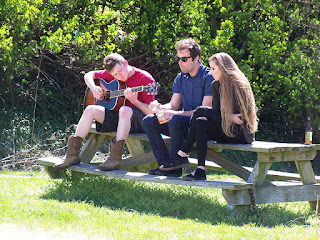 An impromptu concert at the Calvert Beach picnic tables. Nice guitar! Much too nice to risk at the beach. 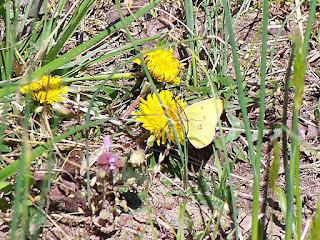 A run of the mill Clouded Sulfur checking out a Dandelion on the way home. They're quite plentiful now.
Posted by Fritz at 7:09 PM