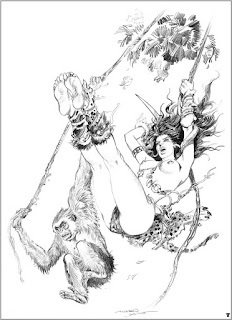 From a link at Althouse, back to the Washington Post: Accounts of girl raised by monkeys in India questioned

Amid a troop of monkeys in the Katraniaghat forest range in northern India roamed a naked human girl, playing with the primates as if she were one of them. She looked emaciated, her hair disheveled. But she appeared to be in a comfortable state, until the police arrived. A group of woodcutters had alerted authorities after spotting the girl, believed to be 10 to 12 years old.

When police approached her, the monkeys surrounded the girl, protecting her as one of their own, and attacking an officer as the girl screeched at him, the New Indian Express reported this week. After rescuing the girl, the officer sped away in his patrol car, the monkeys chasing him. 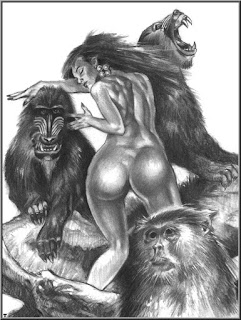 She was soon admitted to a state-run hospital in Bahraich, a city in the northern Indian state of Uttar Pradesh, where she has remained for the past two months. Doctors believe the girl had been raised by monkeys for quite some time, and her story has so far mystified authorities, sending them searching through reports of missing children in an attempt to identify her, according to the Associated Press.

In the Indian press, the girl has also drawn comparisons to Rudyard Kipling’s Mowgli, a feral child from Seoni, India, featured as the prominent character in Kipling’s “The Jungle Book.”

It's kind of a romantic story. Child lost/abandoned by parents, adopted by animals and raised "feral". It has happened. Many other animals will "adopt" young of another species. Some monkeys steal puppies and adopt them, and raise them until they bond with the monkeys and act as guard dogs.The reality is, there is a short period of development which is crucial to learning language, and becoming a successful member of human society. Tarzan and The Jungle Book are fiction. 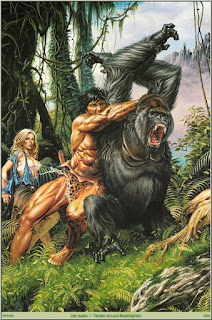 However, many such reports are hoaxes or exaggerations of situations. Now the editors are starting to back away from the story:


Editor’s note: New information has been reported since publication of this story that raise significant doubts about the veracity of the initial accounts on which it was based. The story relied on reports by the Associated Press and the New Indian Express quoting local officials who came upon her, and a video interview with the physician who treated her. These versions of what happened to her are now being questioned by other officials quoted in the Guardian and the Hindustan Times. While the girl appears to have been abandoned near the forest in question, according to these new reports, these officials do not believe she had been living among monkeys. The original headline has been changed, and you can read about the new developments here.