The weed of the day is Fennel, which, while not native to the Left Coast, is ubiquitous here, contributing a licorice smell which tries, and yet fails to conceal the Pelican shit odor: 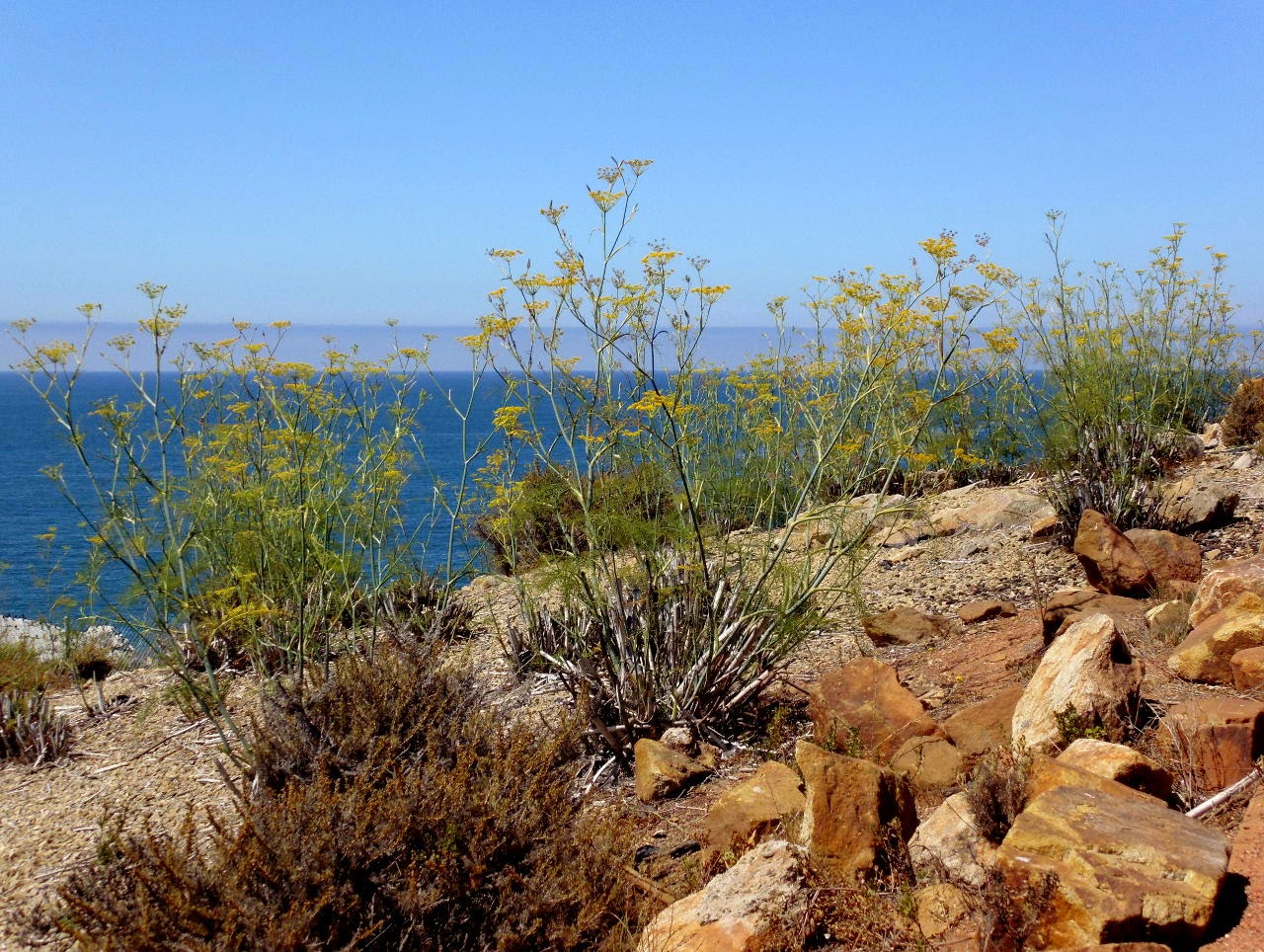 Fennel (Foeniculum vulgare) is a flowering plant species in the celery family Apiaceae or Umbelliferae. It is the sole species in thegenus Foeniculum. It is a hardy, perennial herb with yellow flowers and feathery leaves. It is indigenous to the shores of theMediterranean but has become widely naturalized in many parts of the world, especially on dry soils near the sea-coast and on riverbanks.

It is a highly aromatic and flavorful herb with culinary and medicinal uses and, along with the similar-tasting anise, is one of the primary ingredients of absinthe. Florence fennel or finocchio is a selection with a swollen, bulb-like stem base that is used as a vegetable.

We did spot a yellow swallowtail today, at a distance, but based on its appearance (mostly yellow), I doubt it was an Anise Swallowtail (which is on the county list), probably "just" a Western Tiger Swallowtail.


Fennel is widely cultivated, both in its native range and elsewhere, for its edible, strongly flavoured leaves and fruits. Its aniseed flavour comes from anethole, an aromatic compound also found in anise and star anise, and its taste and aroma are similar to theirs, though usually not as strong.

Florence fennel (Foeniculum vulgare Azoricum Group; syn. F. vulgare var. azoricum) is a cultivar group with inflated leaf bases which form a bulb-like structure. It is of cultivated origin, and has a mild anise-like flavour, but is sweeter and more aromatic. Florence fennel plants are smaller than the wild type. Their inflated leaf bases are eaten as a vegetable, both raw and cooked. There are severalcultivars of Florence fennel, which is also known by several other names, notably the Italian name finocchio. In North American supermarkets, it is often mislabelled as "anise".

As kids, we used to chew on the stems for the sweet licorice flavor.
Posted by Fritz at 8:07 PM