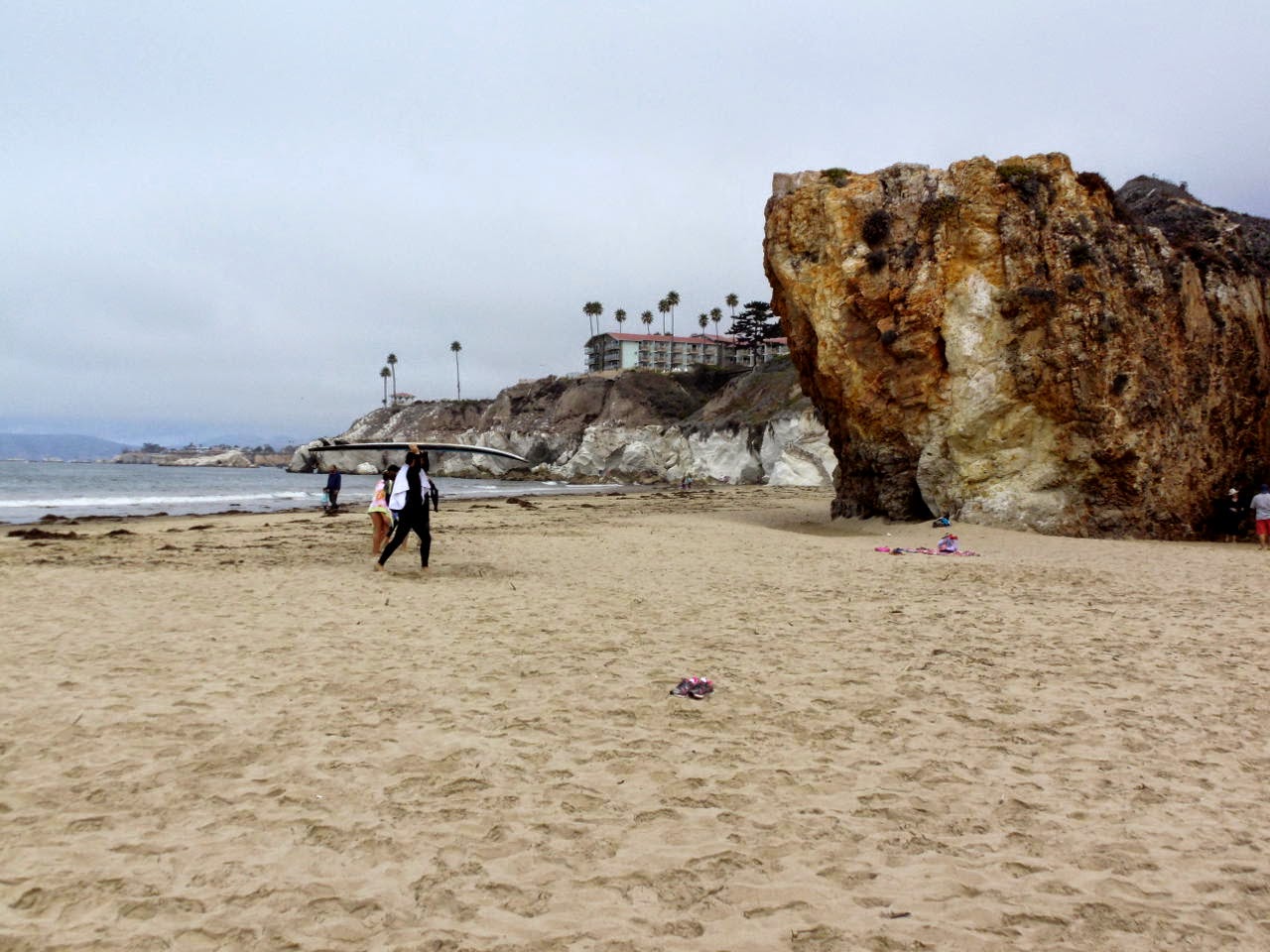 We started out walking while the sun was still buried in the morning coastal fog. 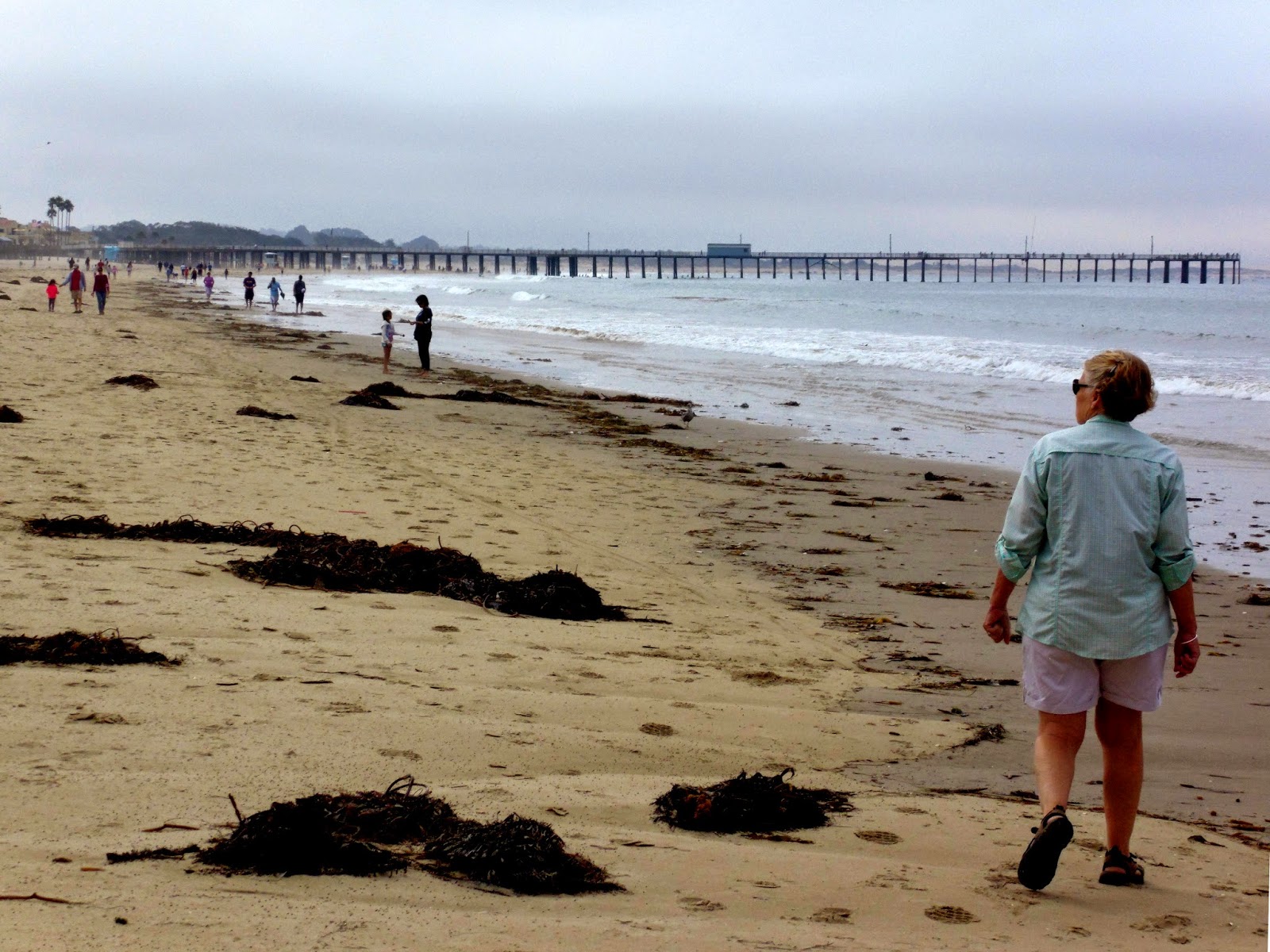 The tide was low, and the beach covered with trourists and various pieces of flotsam and jetsam, mostly big sea weeds. 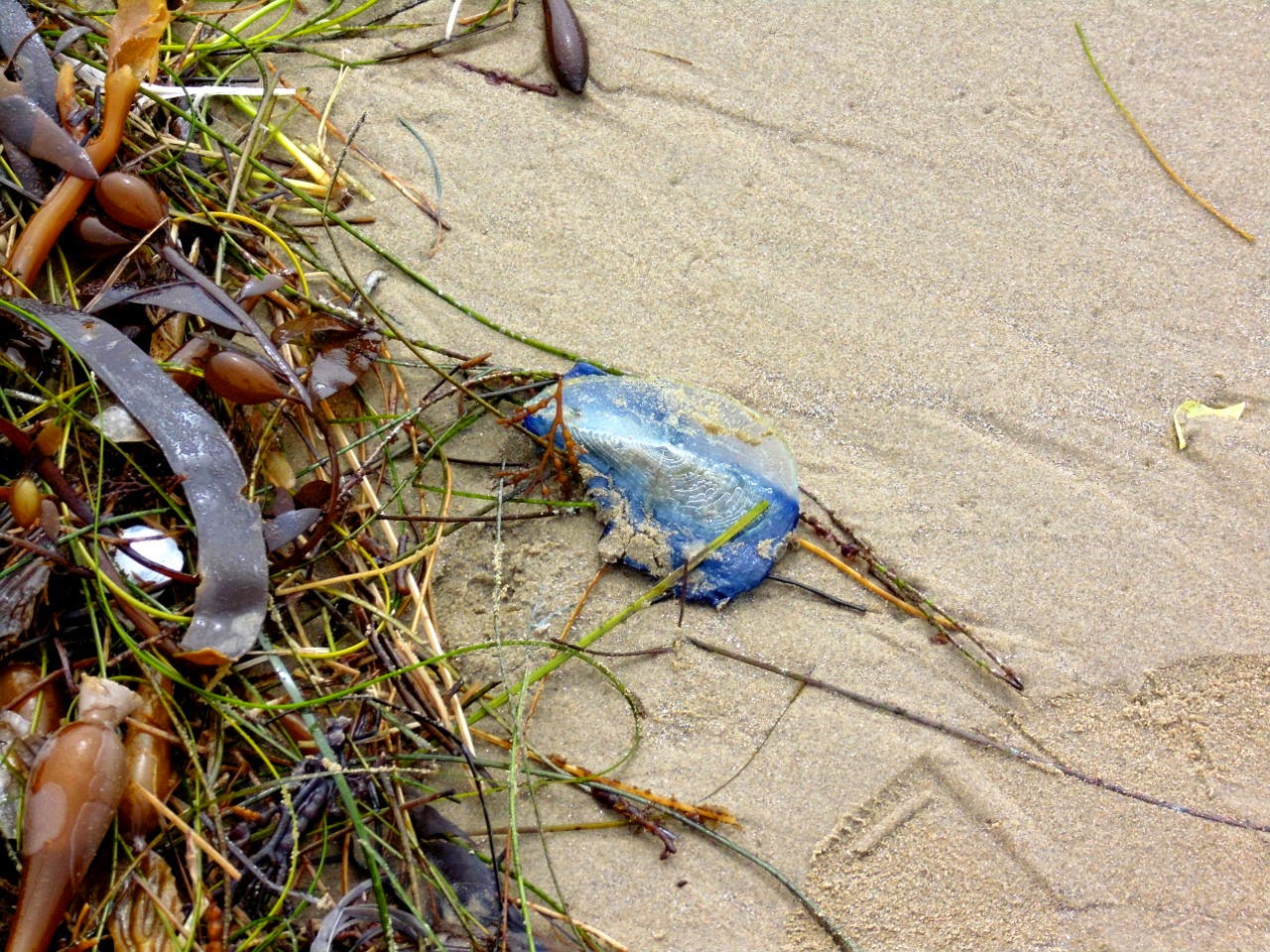 However, interspersed with them were some bizarre blue and clear plasticy looking things. 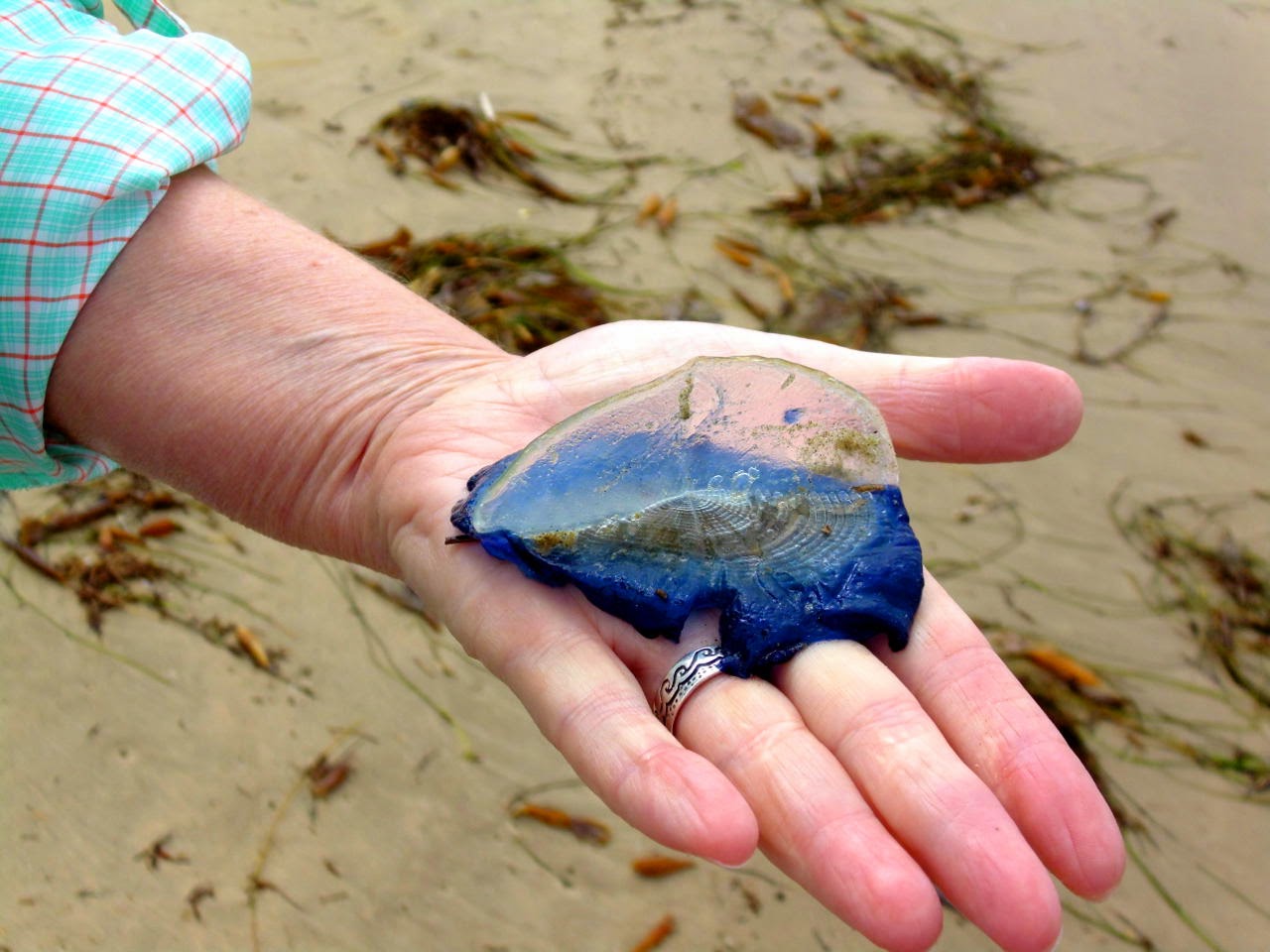 Velella, a form of jelly fish related to Portuguese  Man-of-War, but without the nasty sting. The clear sail, made of something stiff, helps propel them across the ocean, but often results in their stranding on beaches in droves. 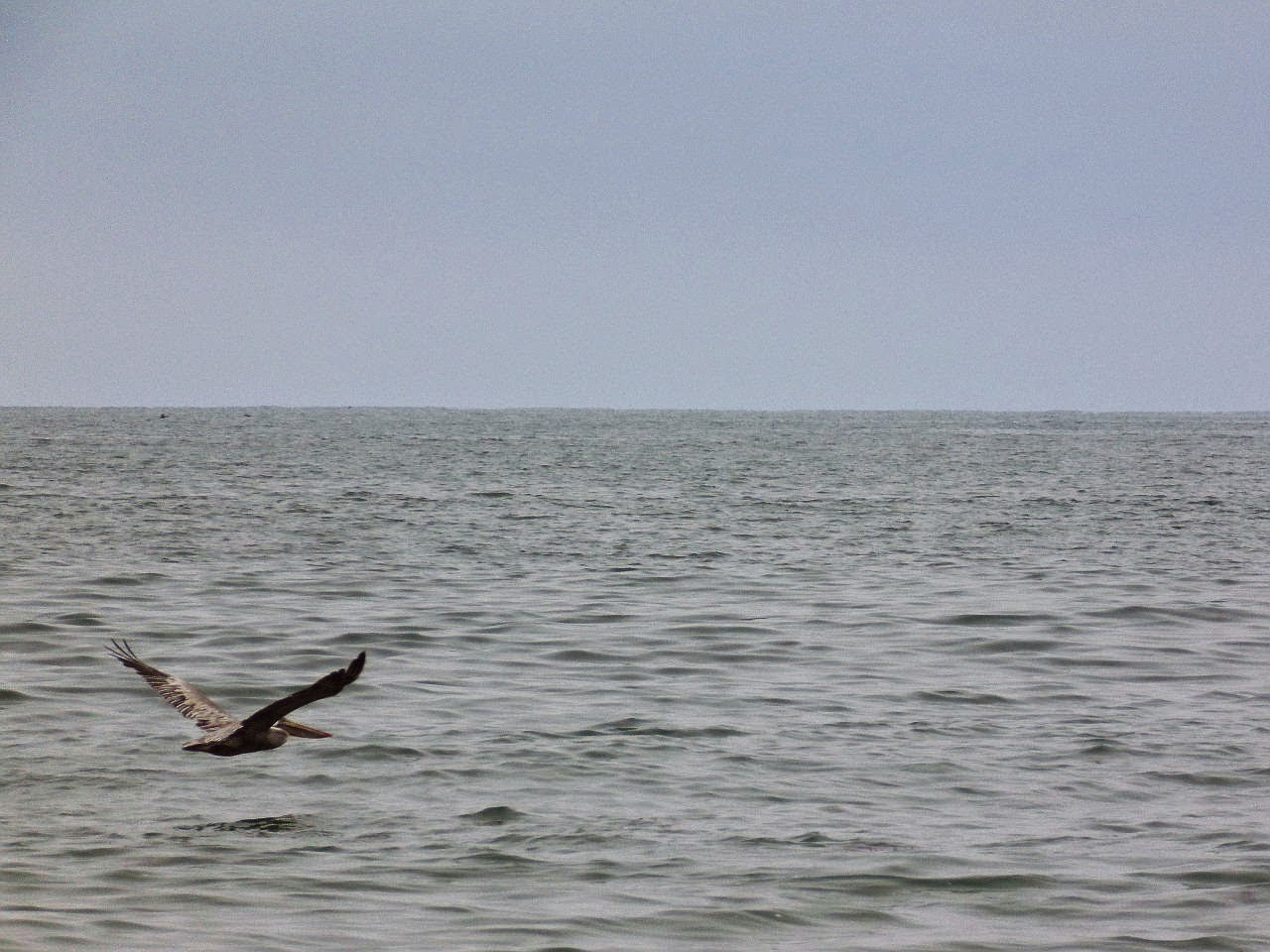 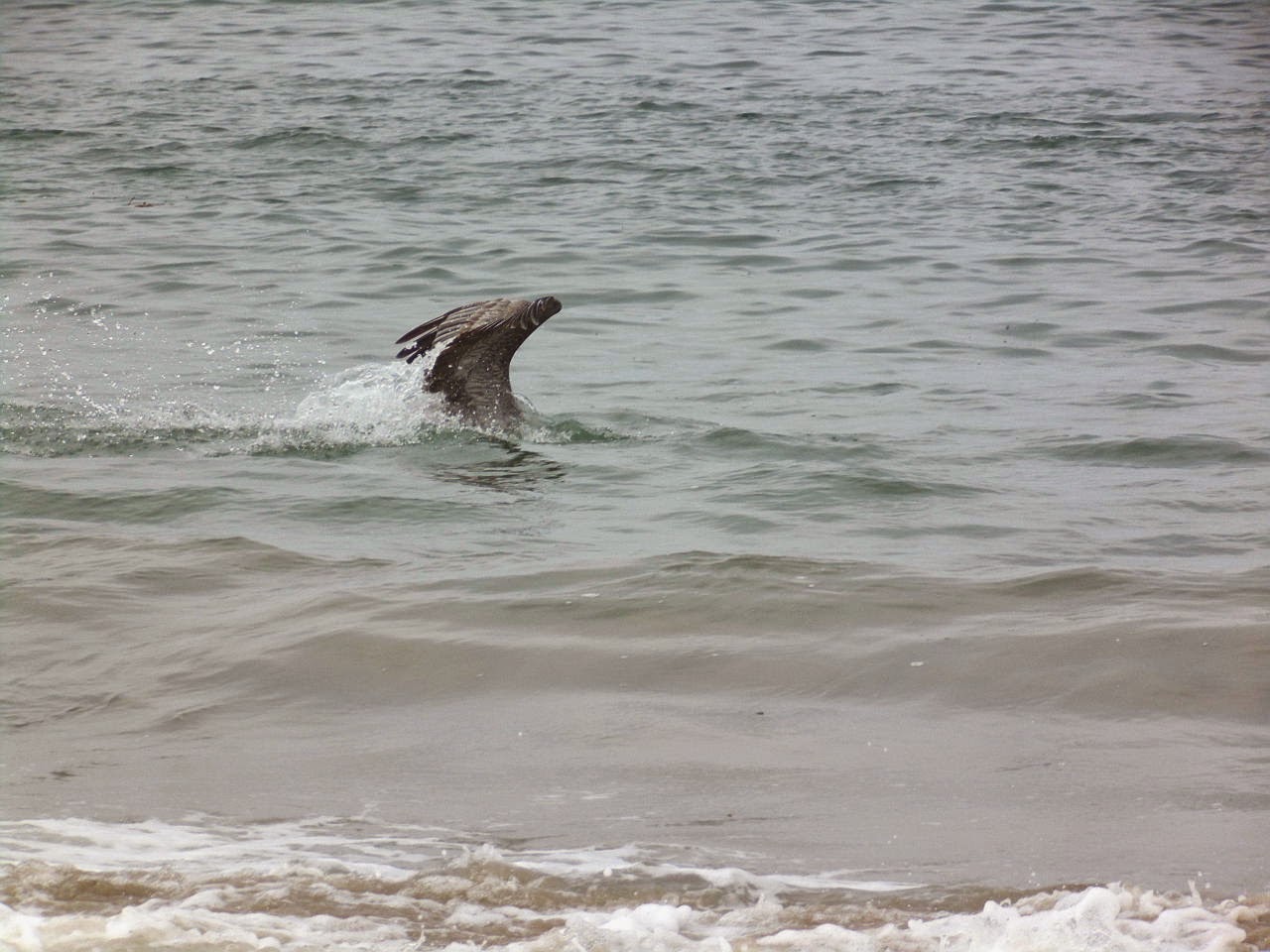 A Brown Pelican stops for a snack. There is a large shcool of baitfish off shore (probably anchovy) that the Pelicans, and huge flocks of Sooty Shearwaters congregate to eat. We also see plenty of whale spouts (and more rarely their backs), and dolphins 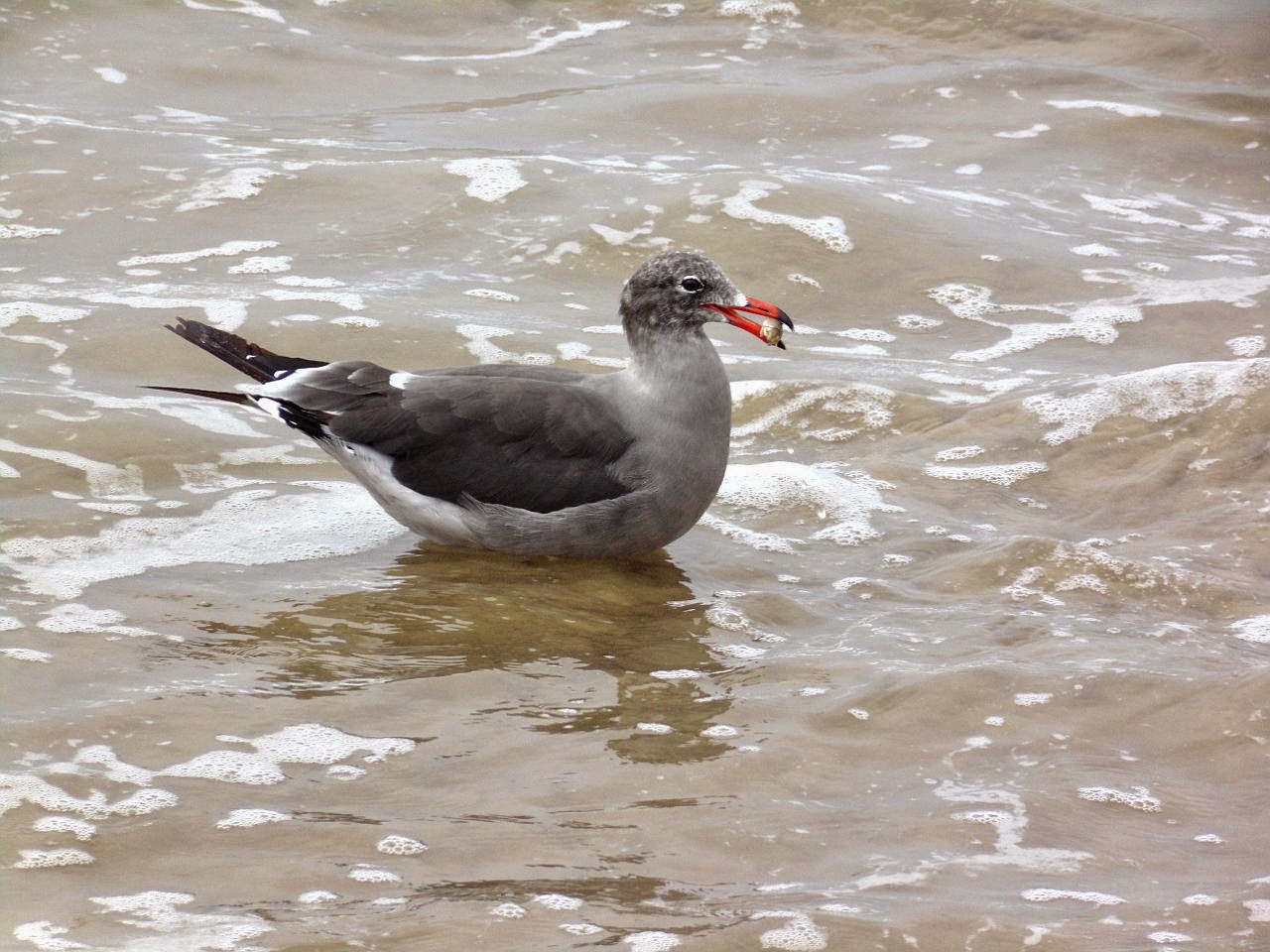 Heermann's Gull, one of the abundants gulls here, snacking on a Sand or Mole Crab it found swimming in the surf. I hate to think about zall the sand crabs I tormented as a child. 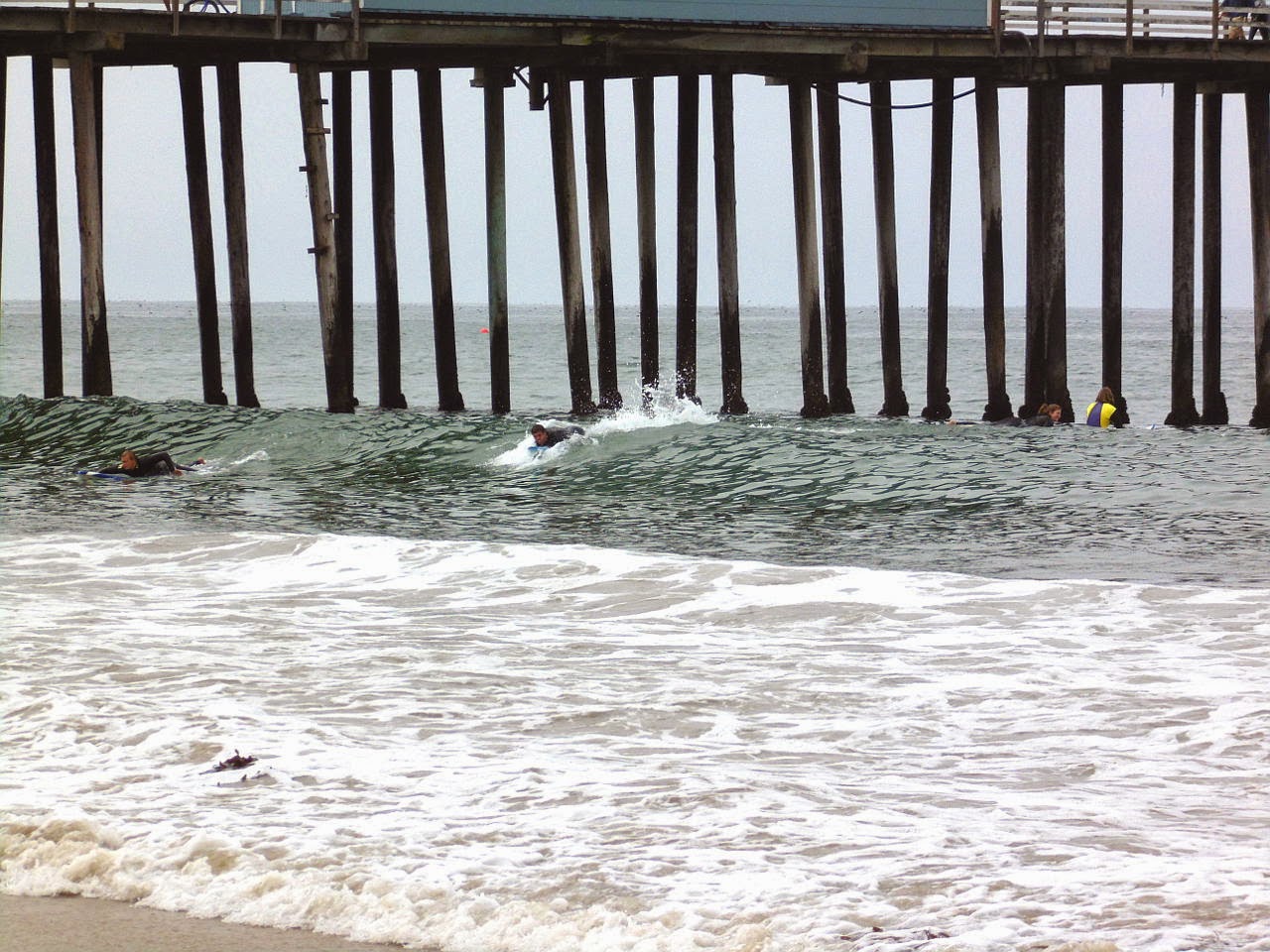 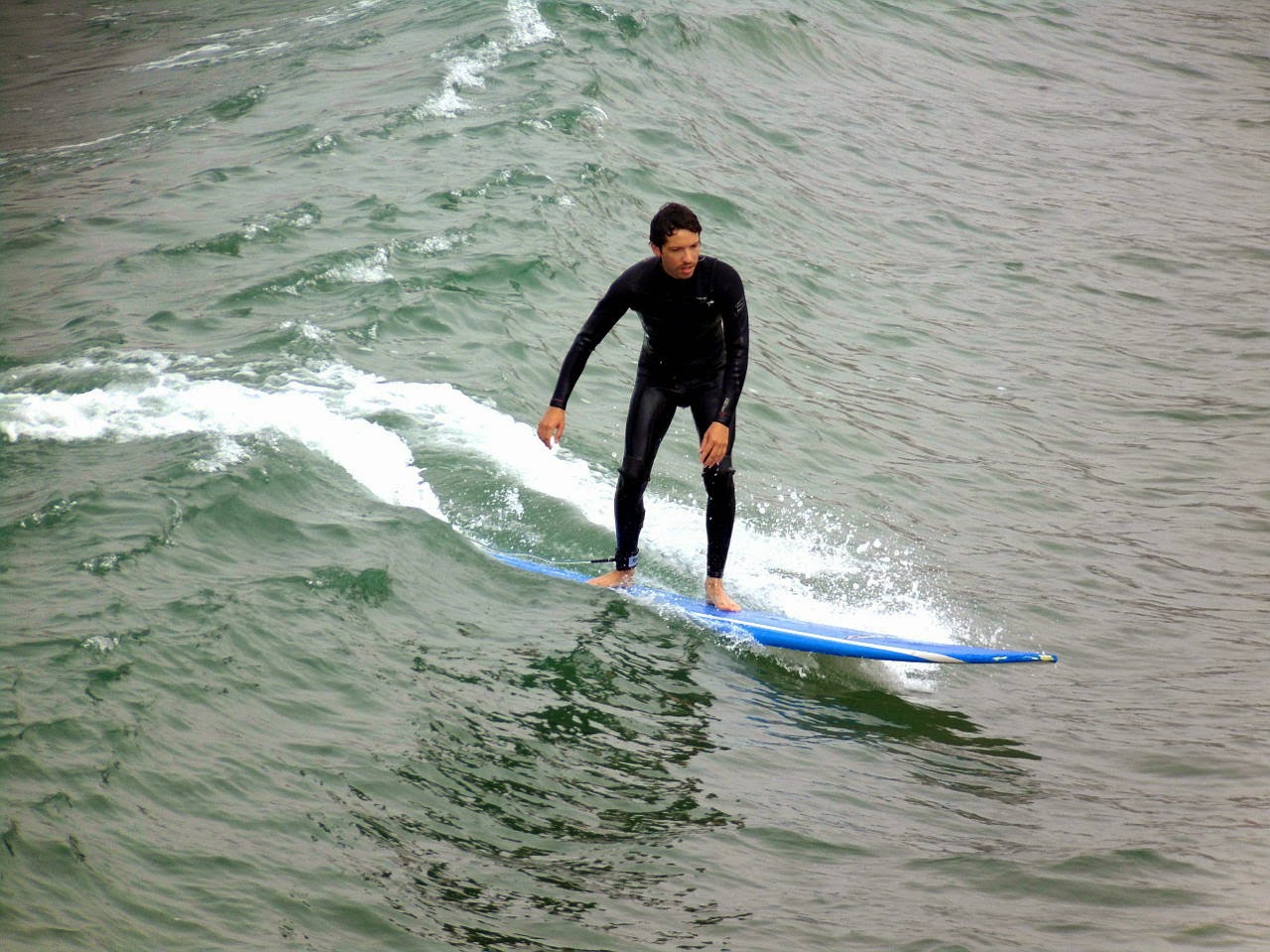 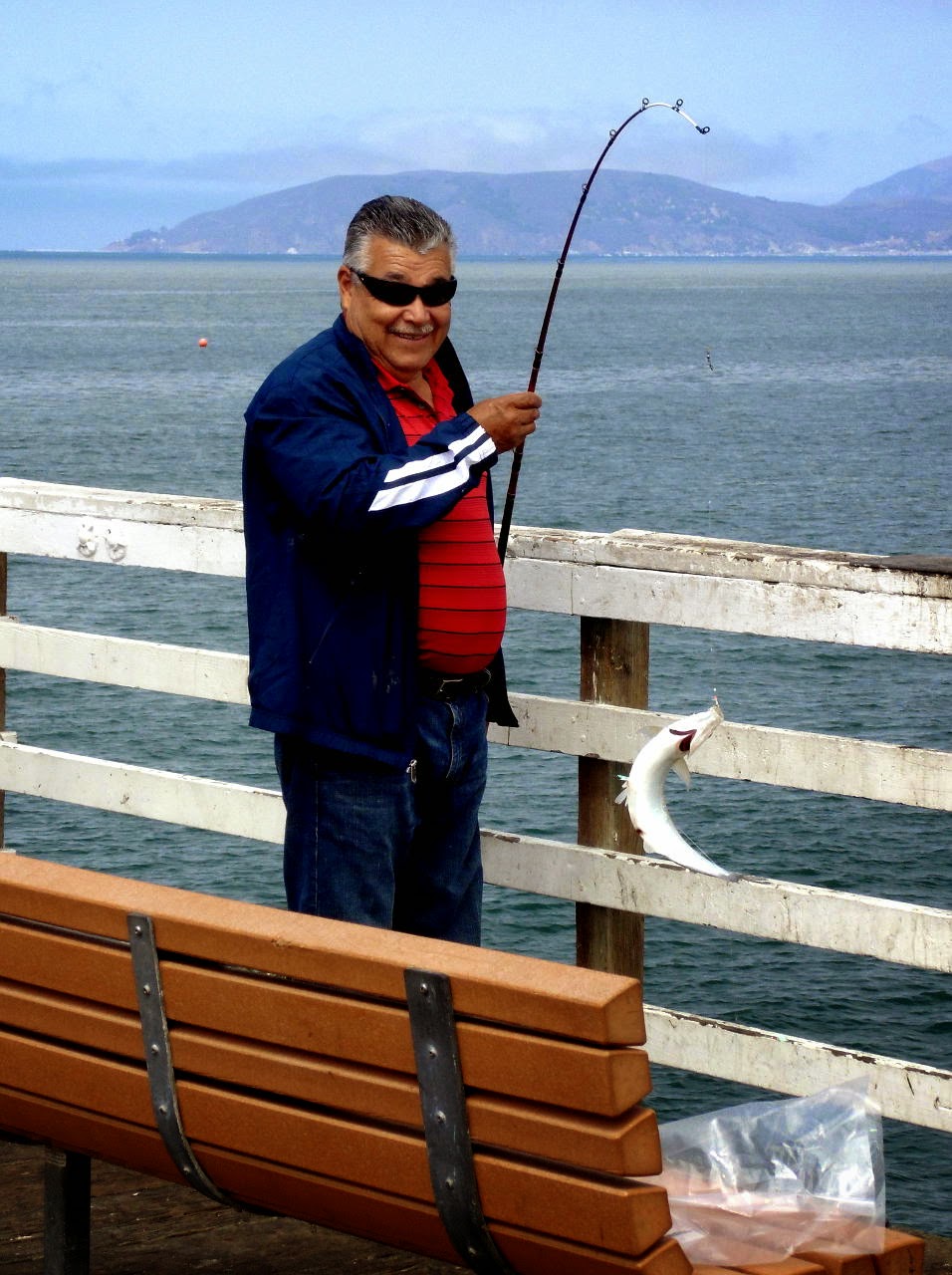 A lucky fisherman catches a big Jack Smelt off the pier. 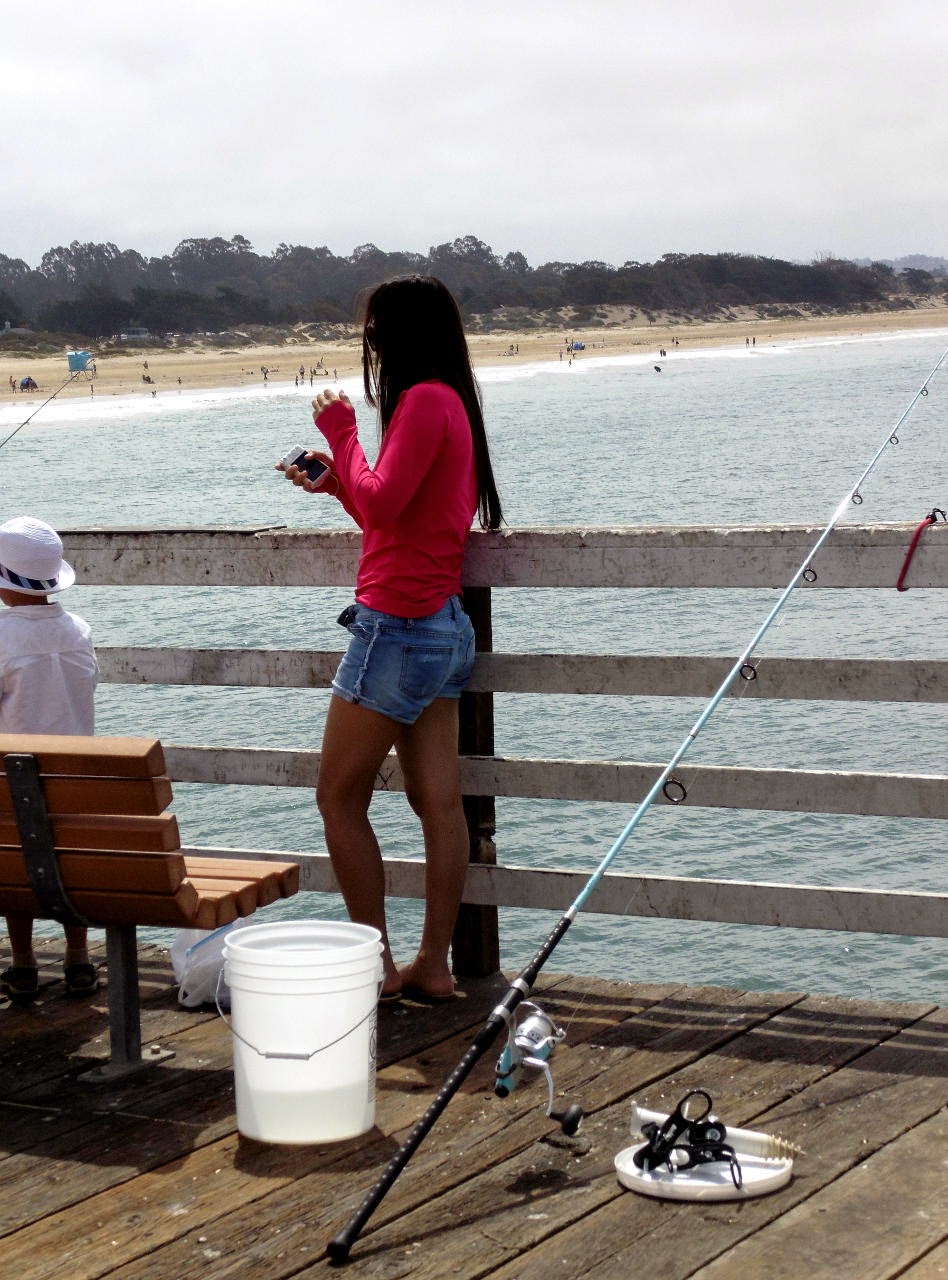 While this one checks her phone as she waits. 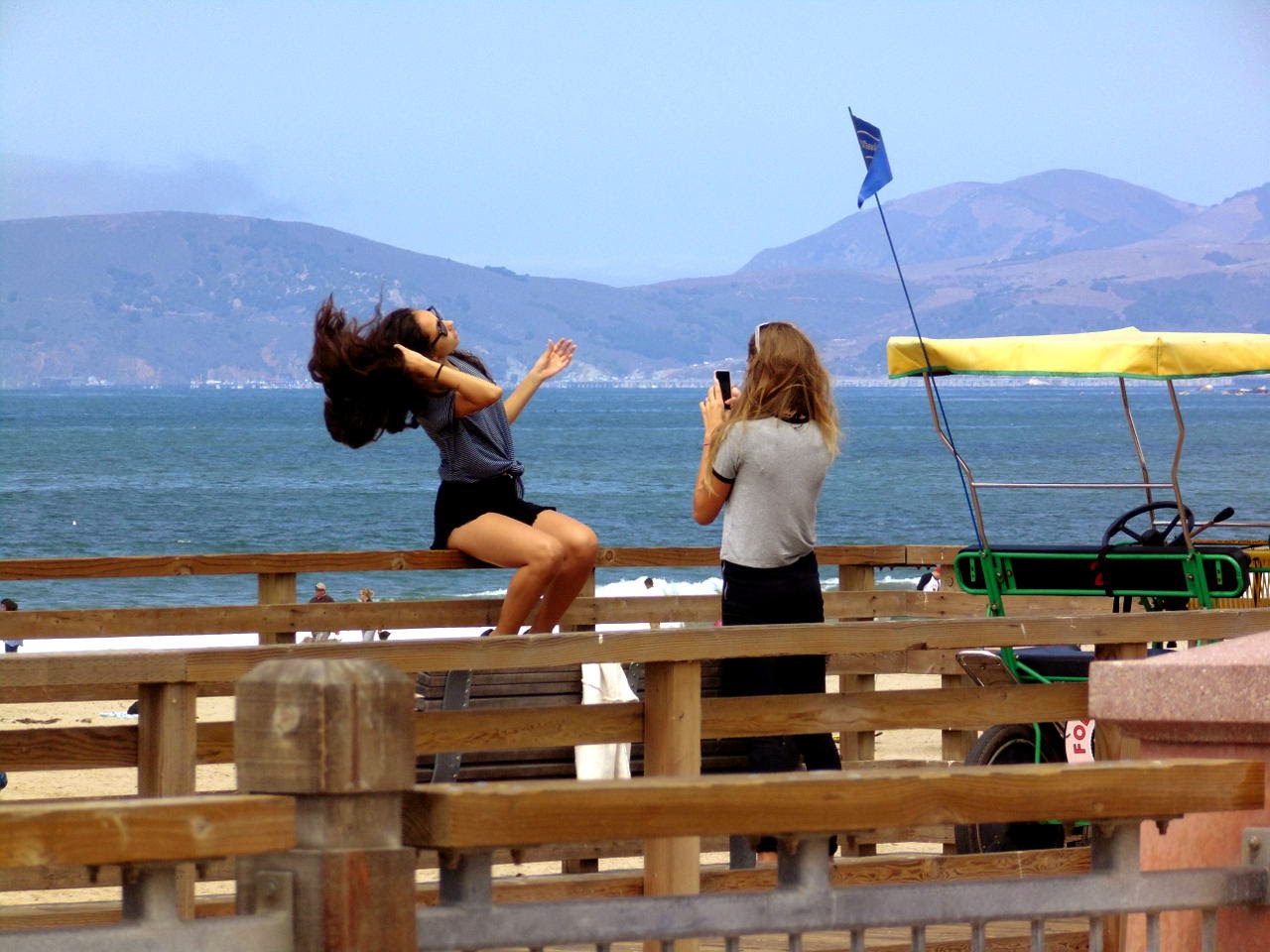 By now the sun was out, and we walked back to the Seacrest on the streets, checking out the gardens. 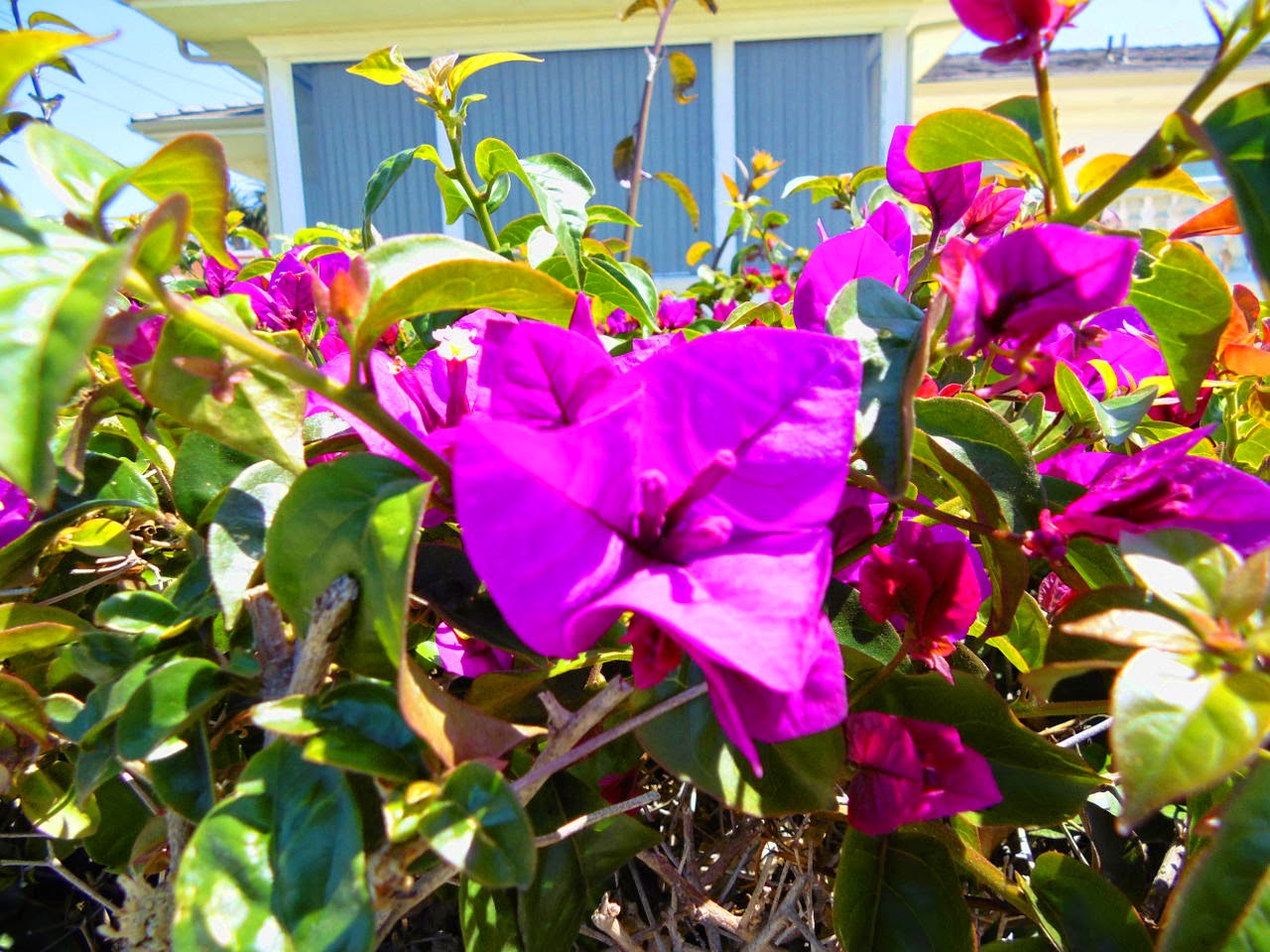 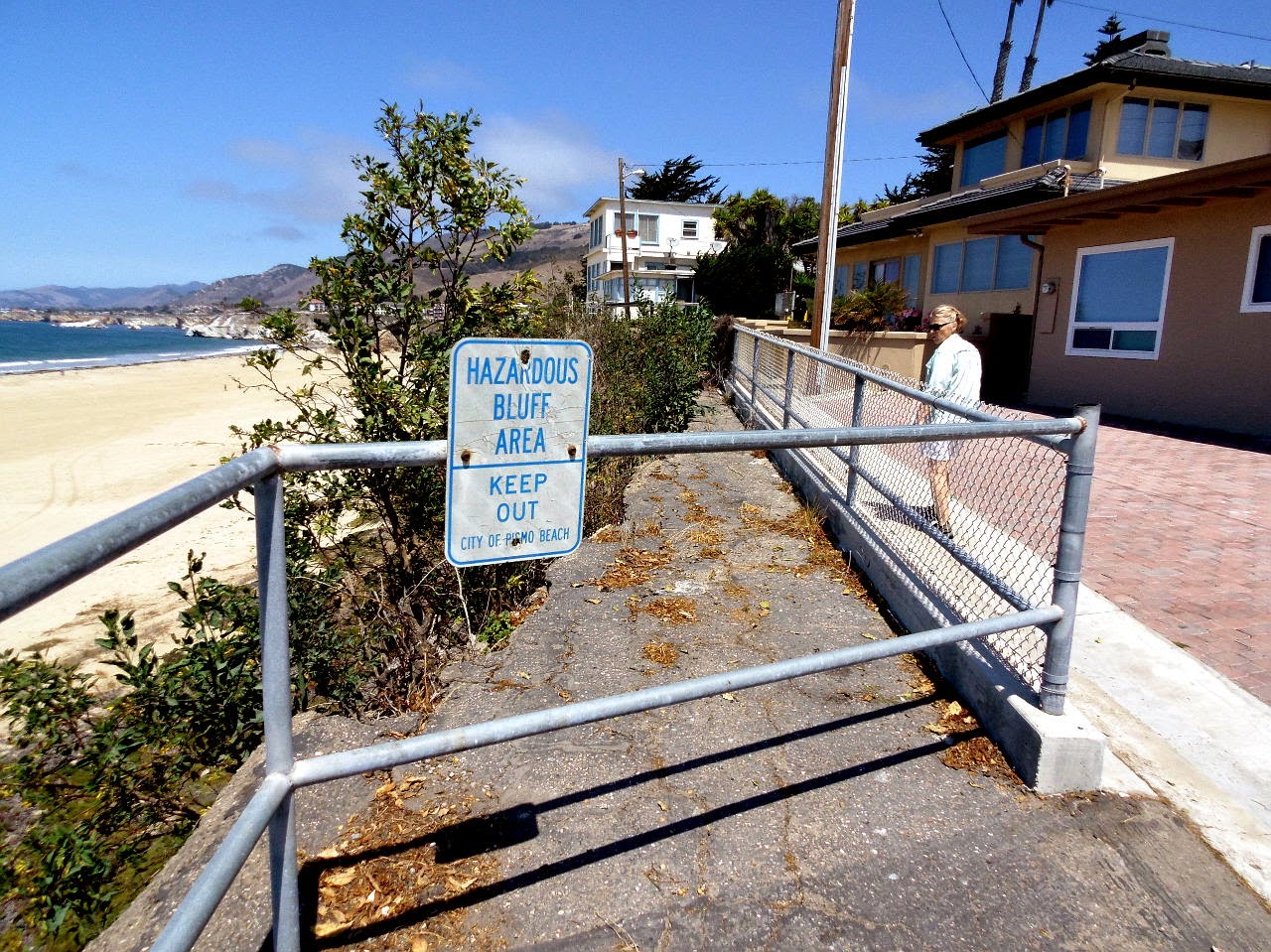 Day after day, the whole place shakin' away. 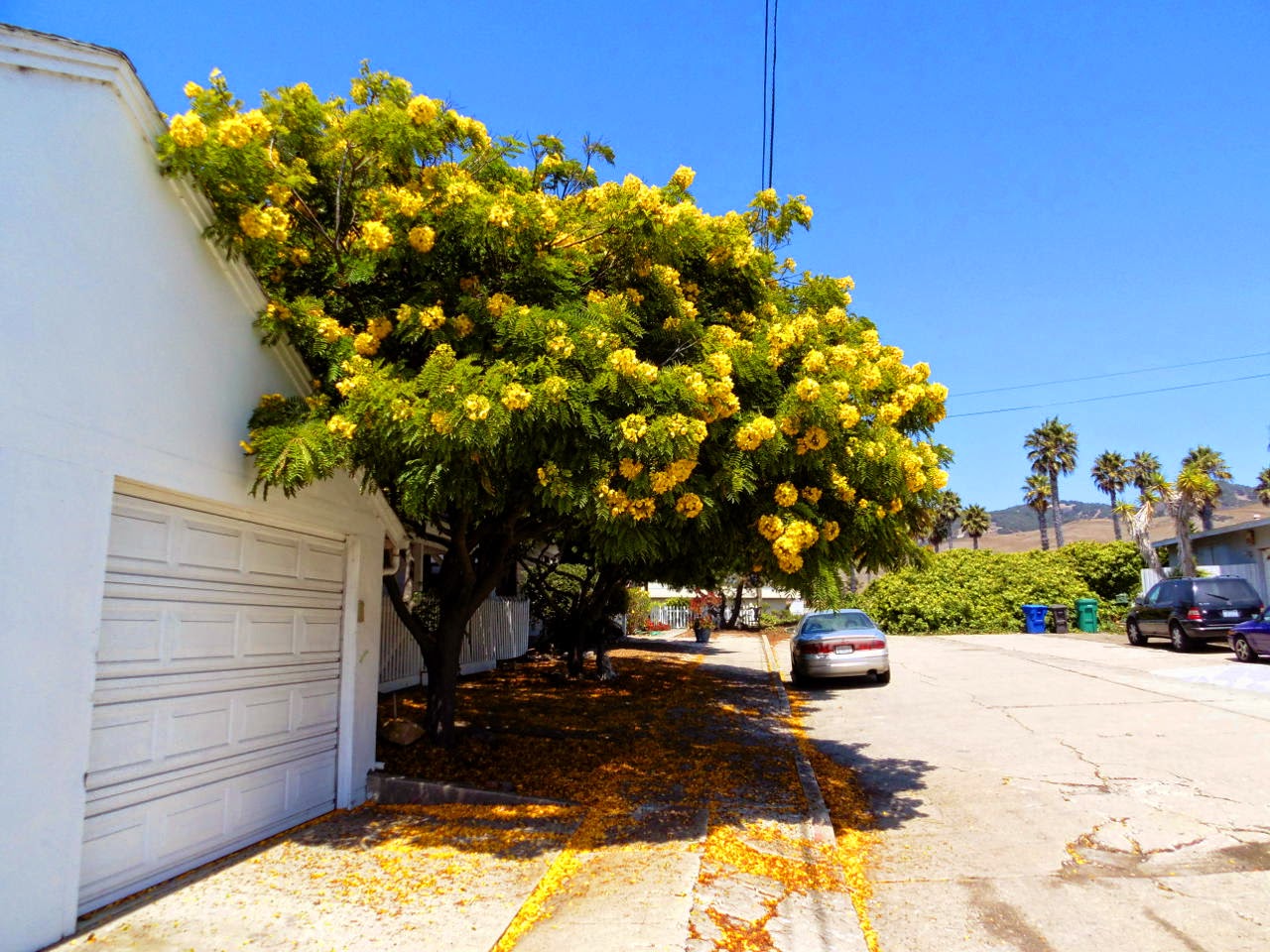 I don't know what this is, but it's beautiful. 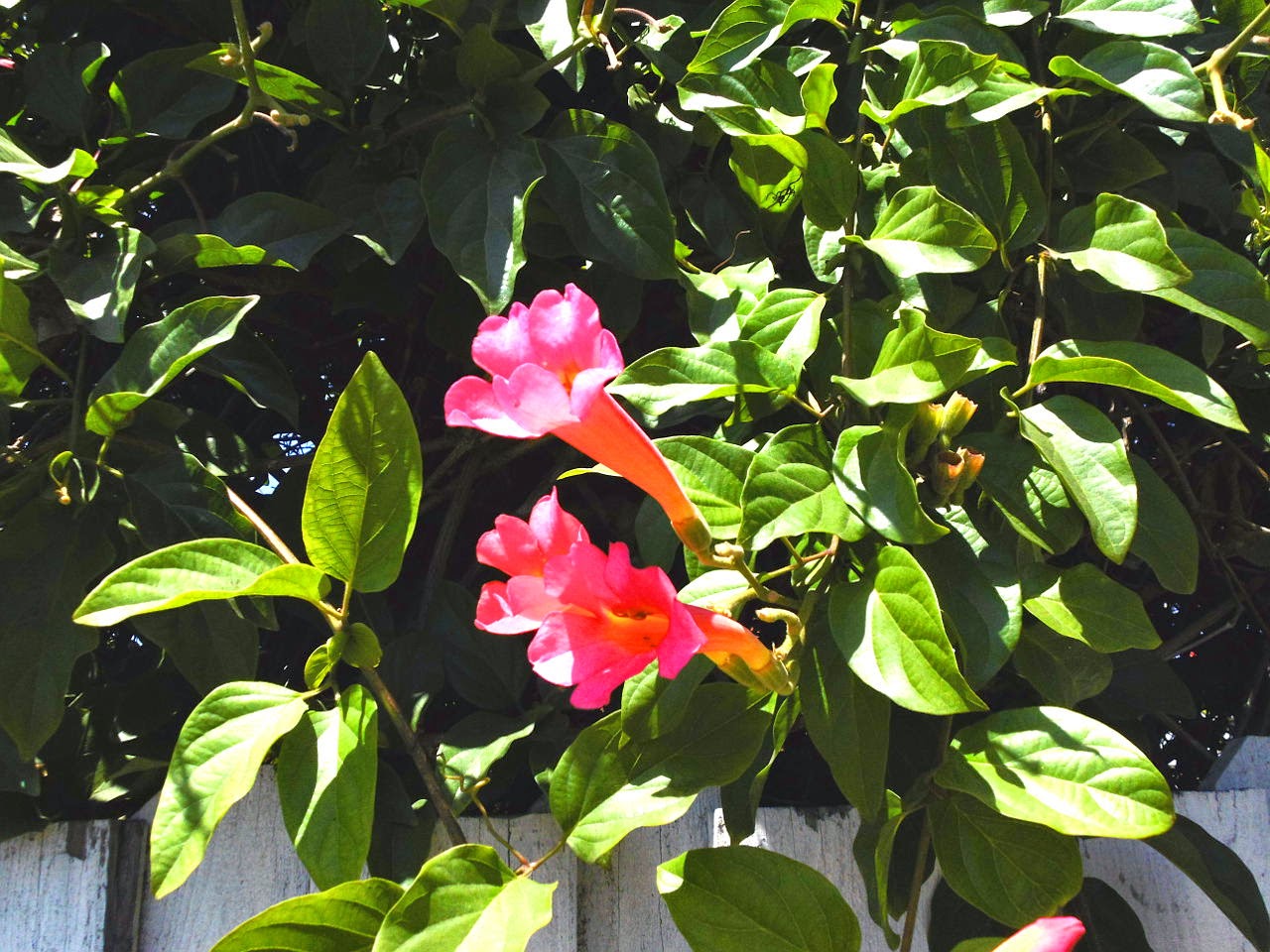 A much more refined version of the Trumpet Vine which grows wild back home. 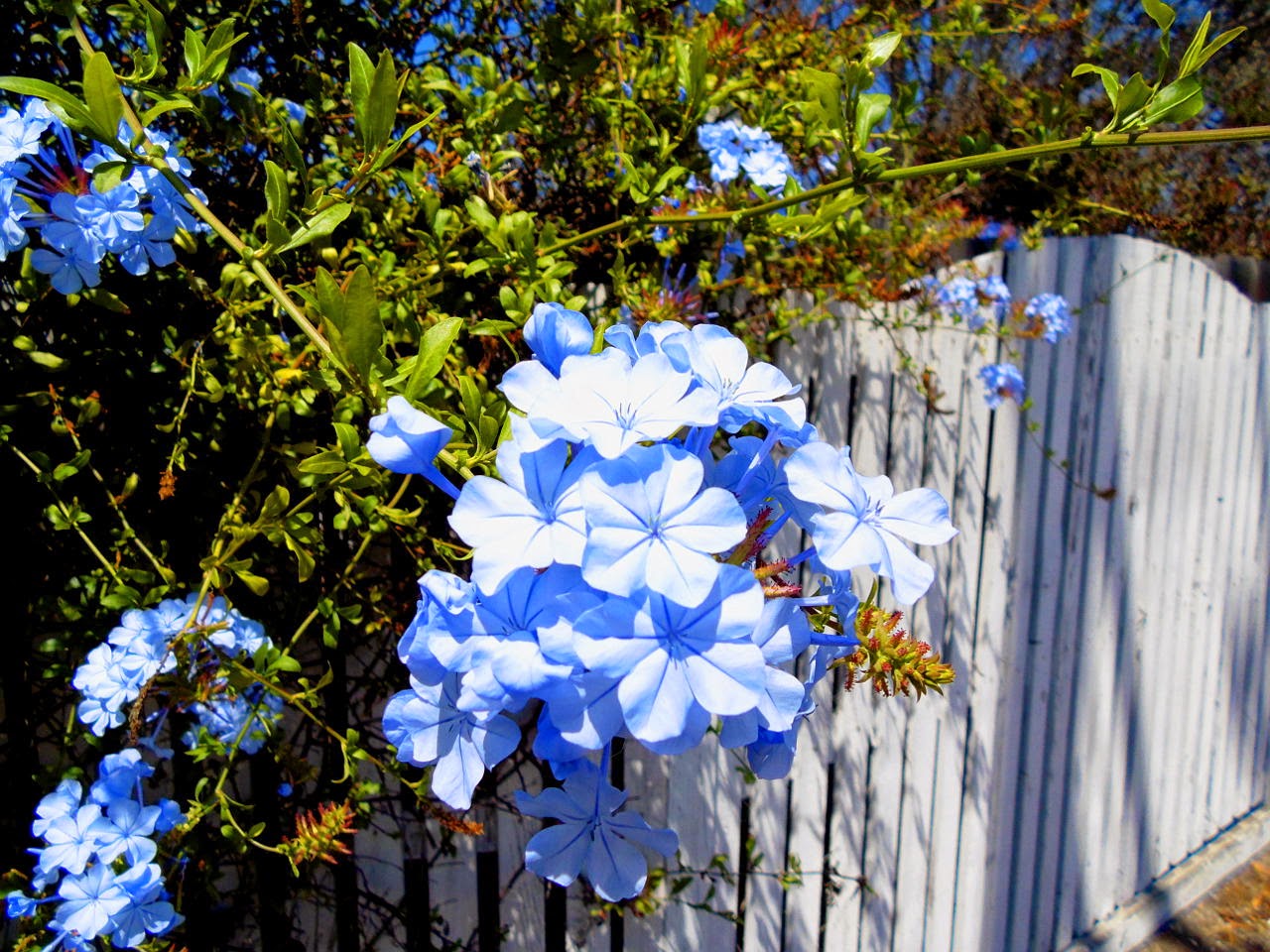 Don't know. I tried to get the color right, but it was brighter. 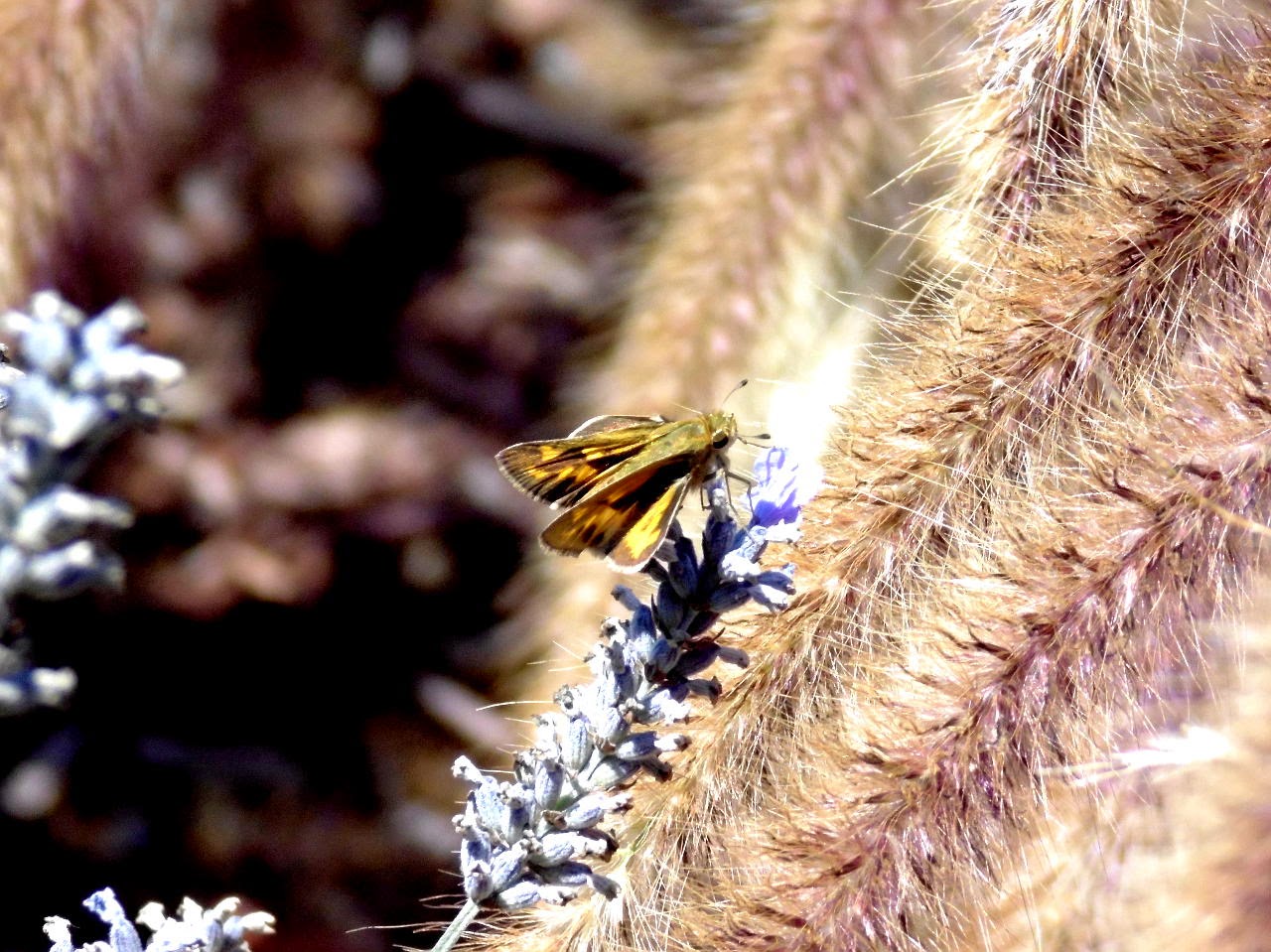 Very few butterflies out and about, but I did spot this skipper. A Fiery Skipper perhaps?
Posted by Fritz at 12:59 PM