The night before last was Mom's 91st birthday, and after a family dinner at her and Dad's favorite Pismo restaurant (Rosa's Ristorante) with 13 children, children in-laws and assorted grand children, we all gathered around one of the fire pits at the Seacrest for birthday cheesecake and raspberries. From the left, Georgia's legs, Mom, Dad, Kat, Ted and Brigette. 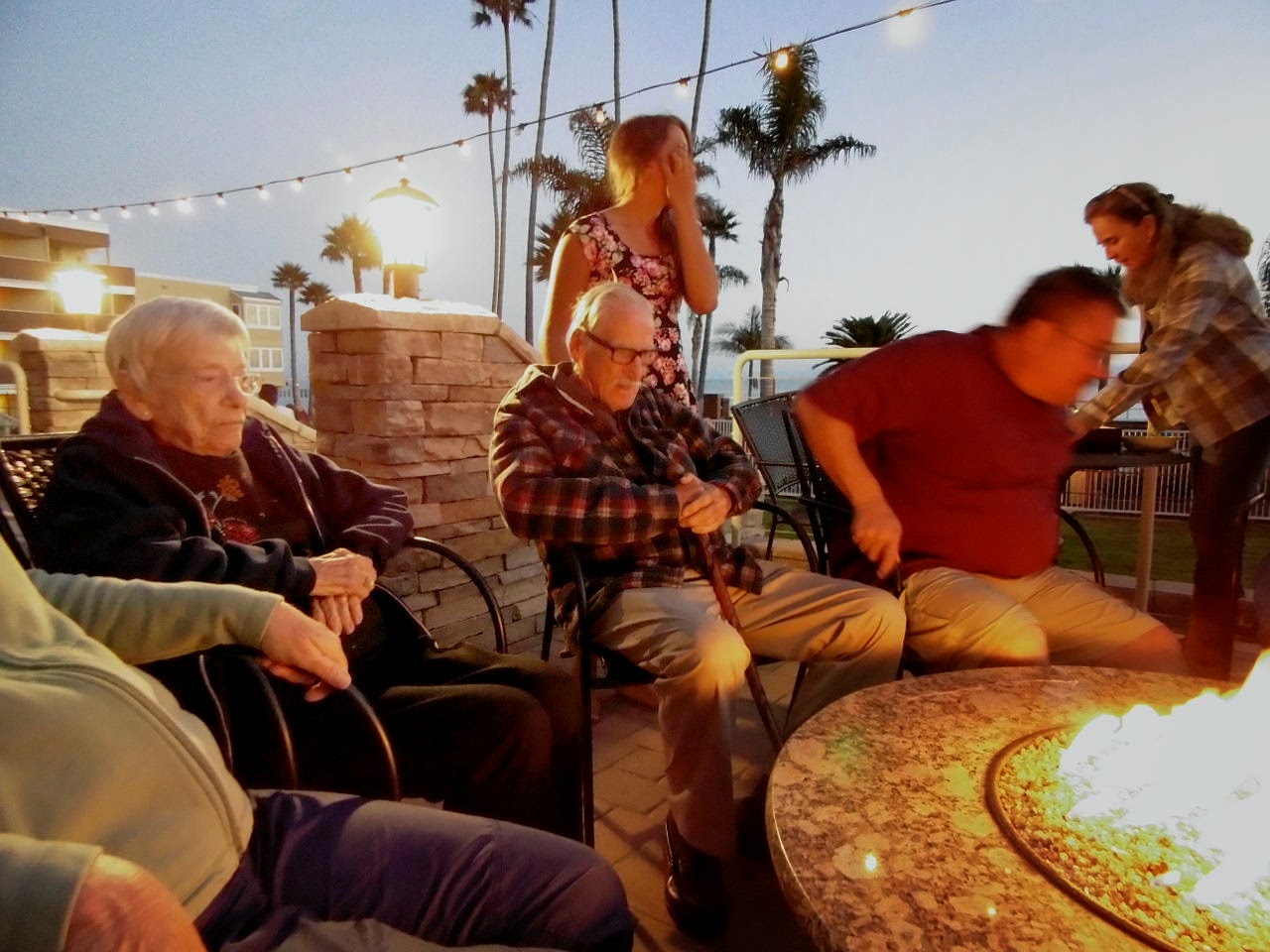 This morning we had the first foggy morning of the trip; lack of which is unusual for Pismo on summer mornings: 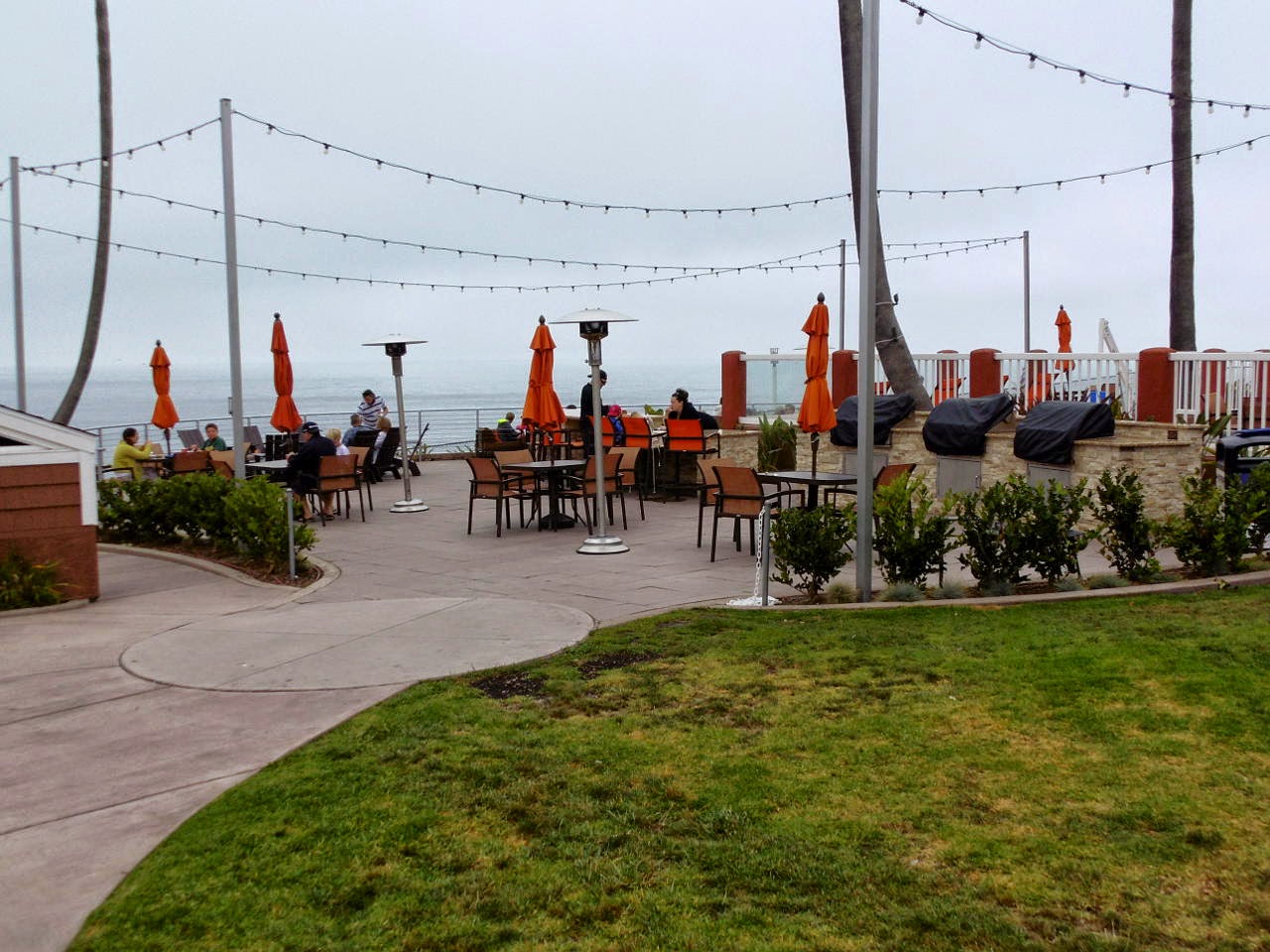 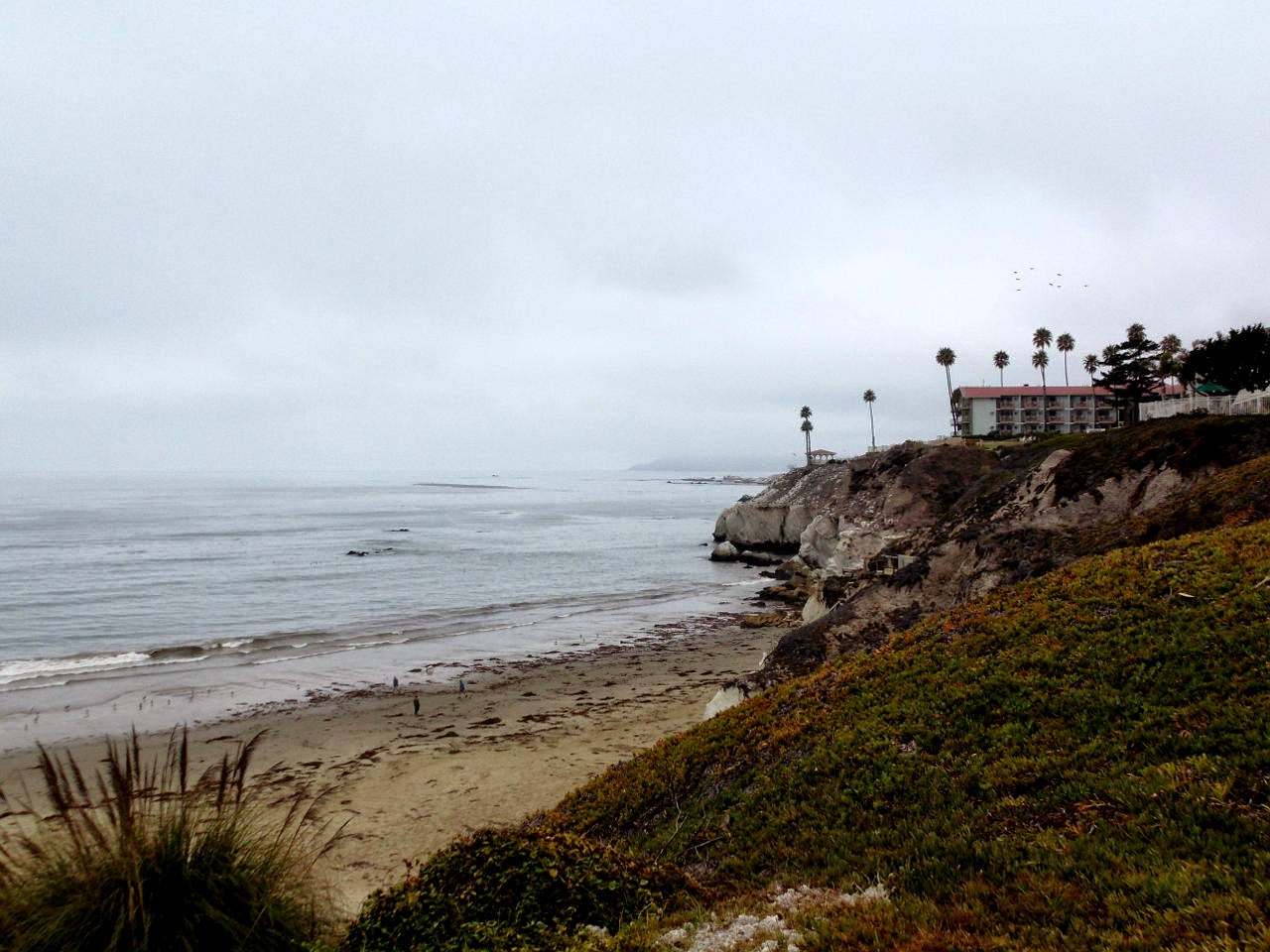 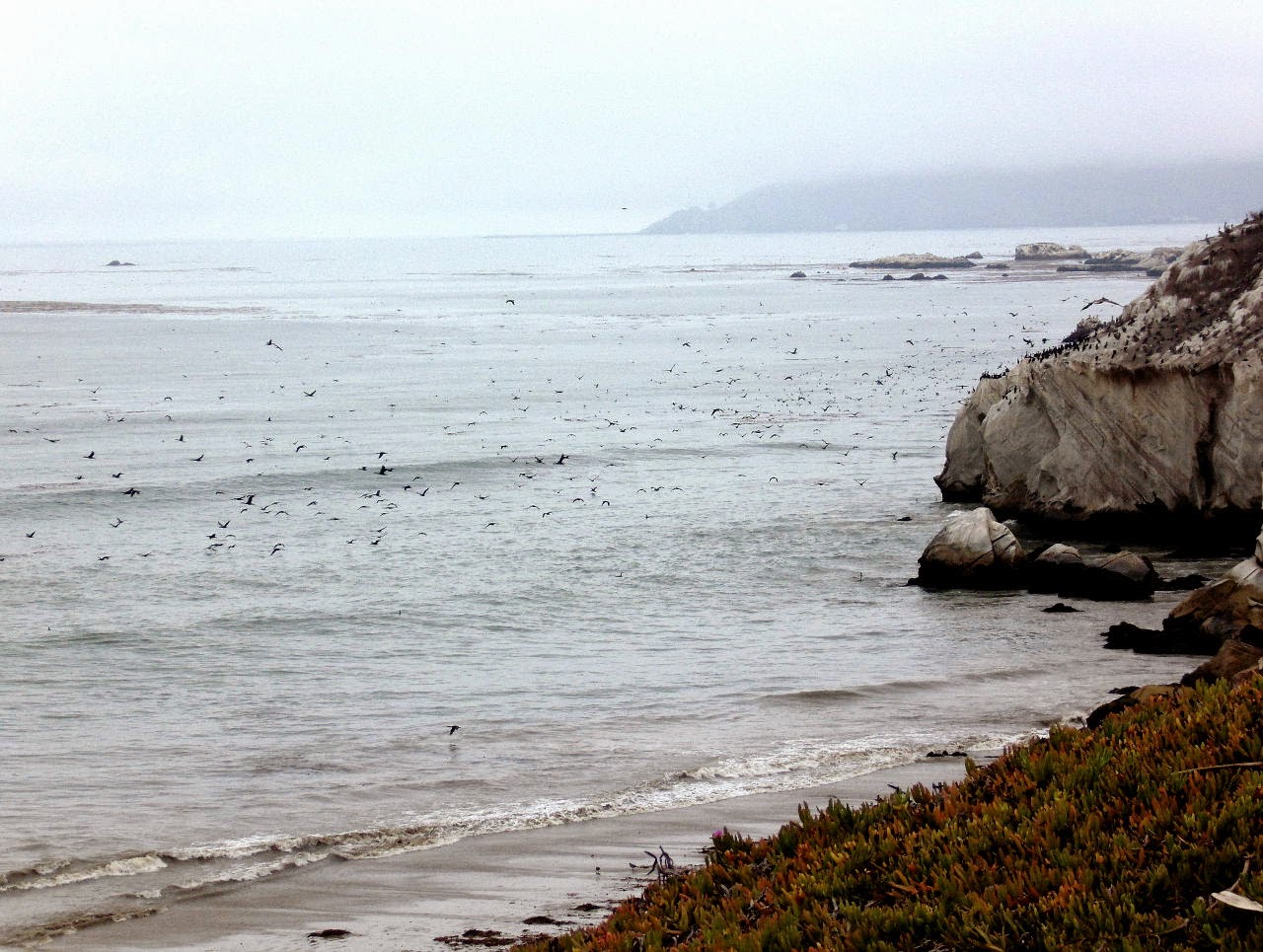 In the bottom pic we see birds, mostly cormorants and pelicans, streaming off the rocks to head out to the fishing grounds just offshore.

Today's expedition was to see the giant Elephant Seals who loll about on several beaches around San Simeon, some 50 miles up the road.

An interesting story, and a sign of the times in California, we stropped to eat in Cambria at the Main Street Grill.  The food and service was fine (for what it was), but a sign on the rest rooms directed patrons to porta potties in back as a result of water rationing.

A few more miles to the seal rookery: 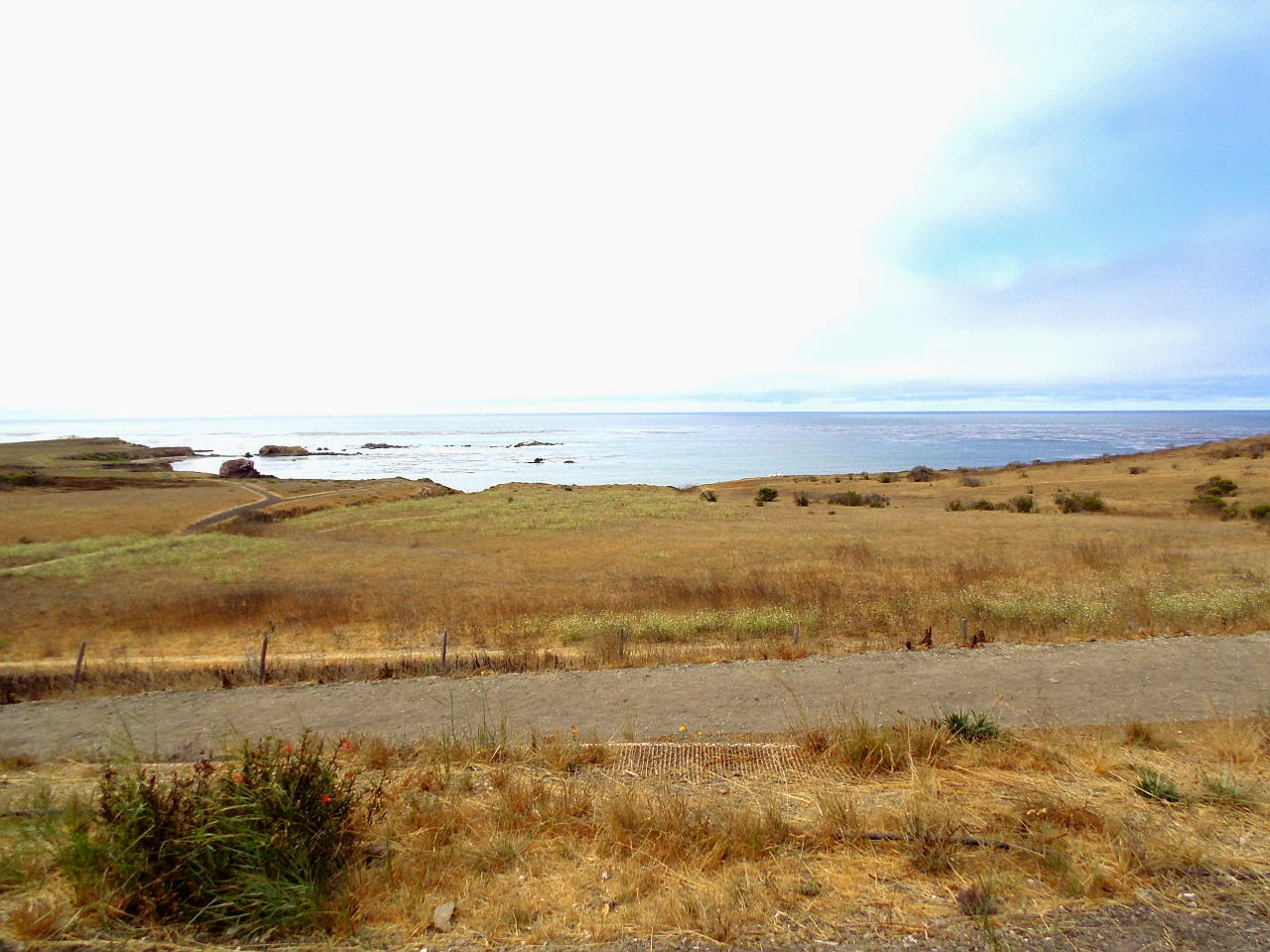 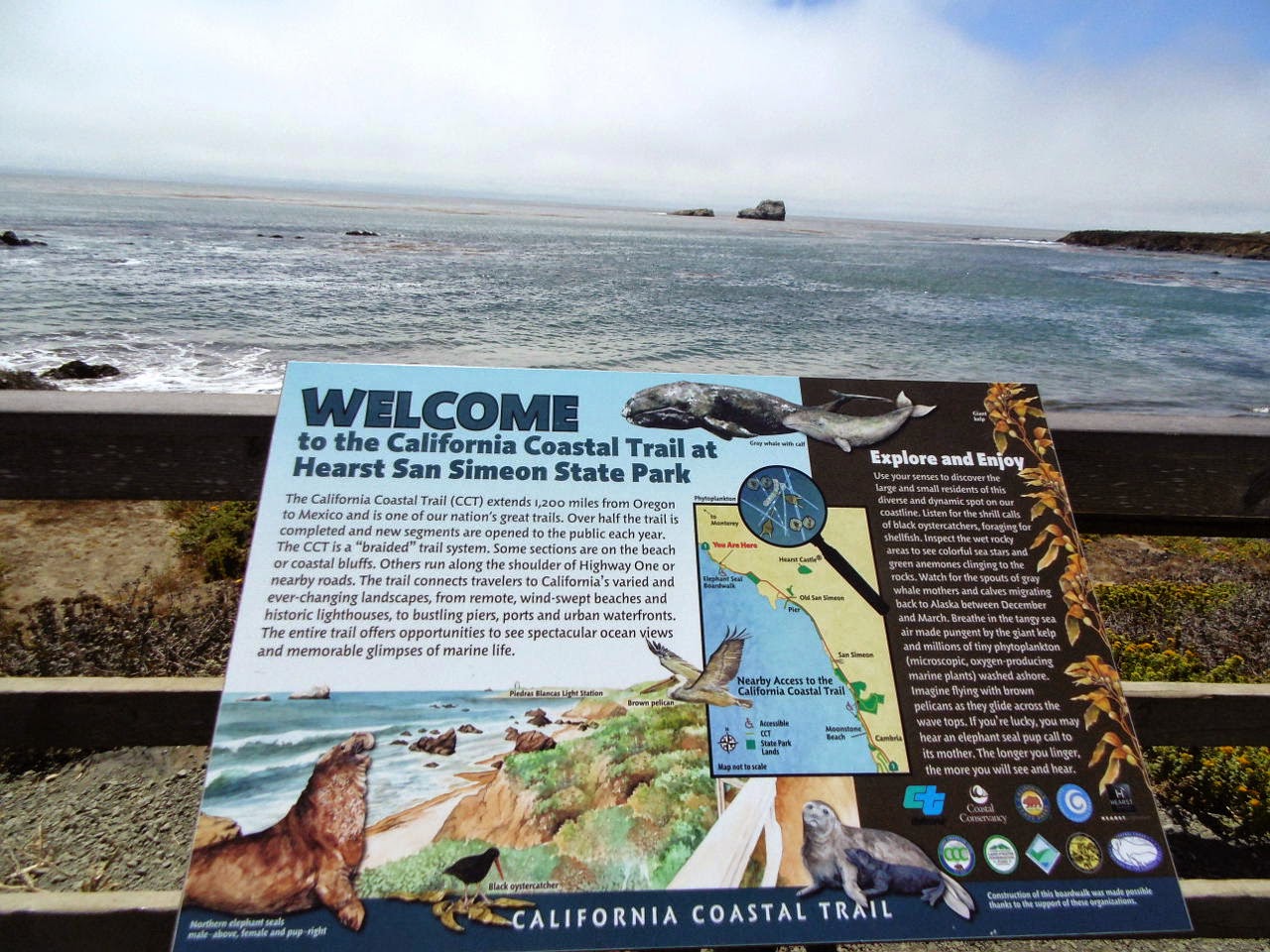 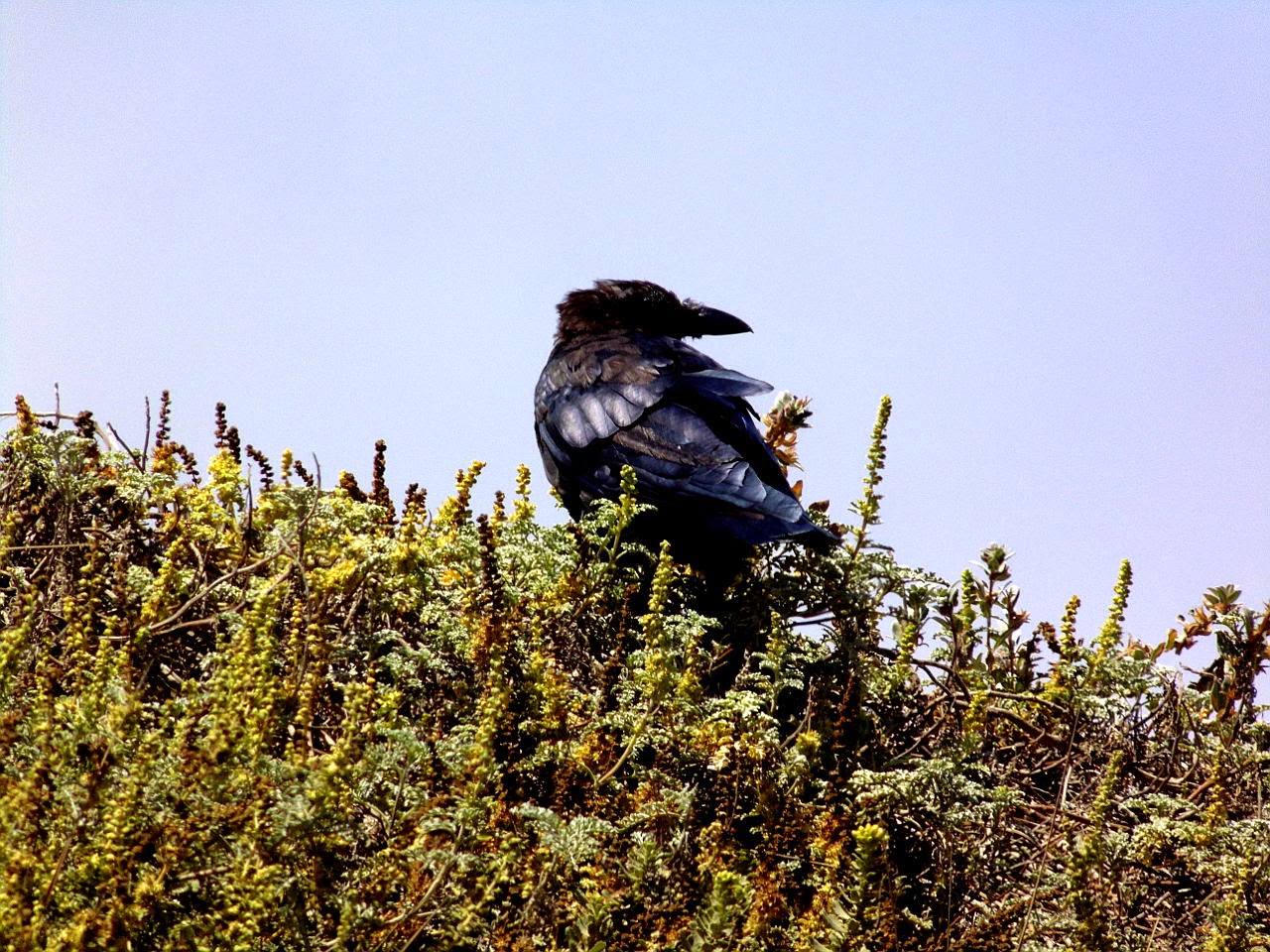 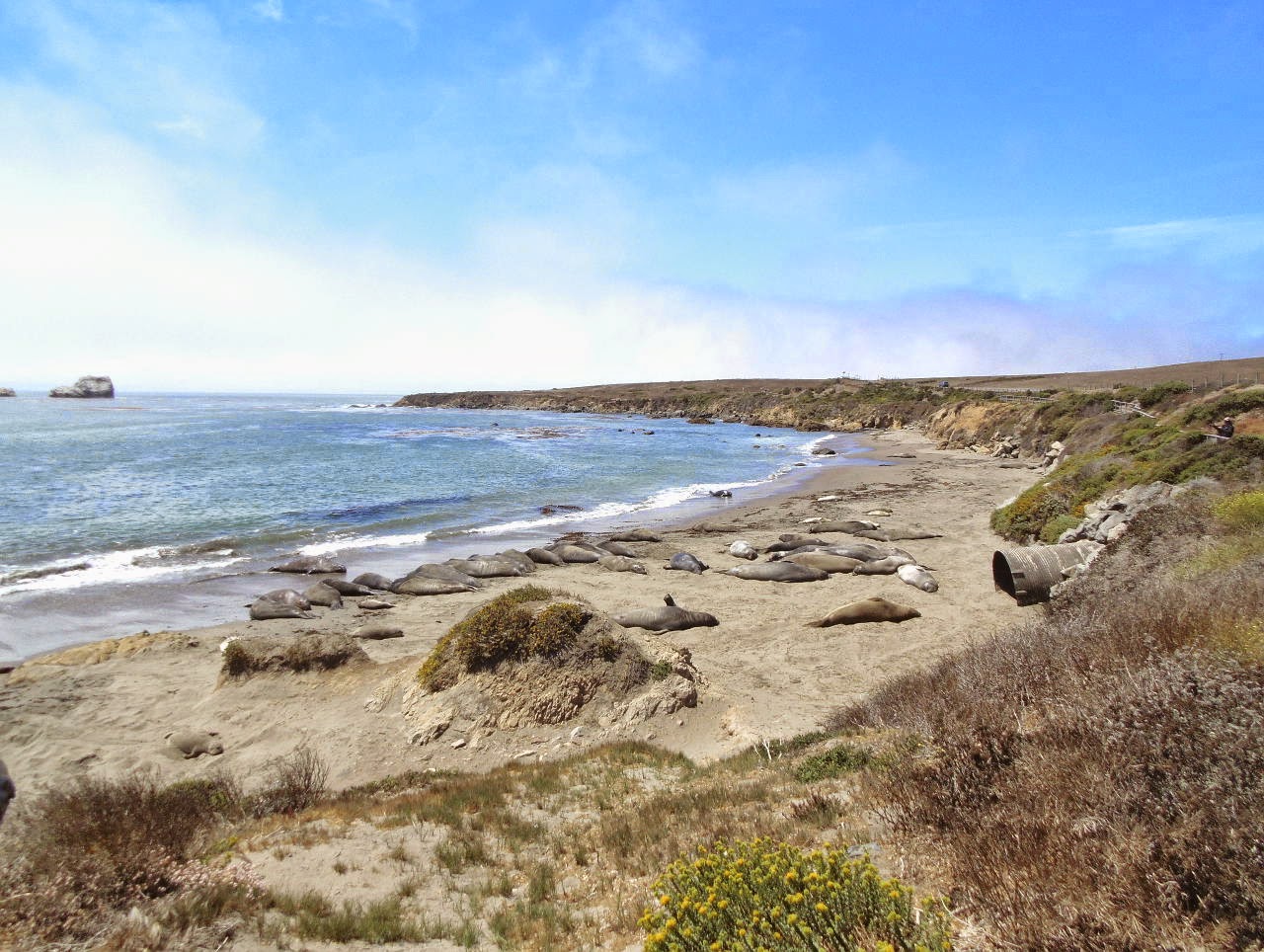 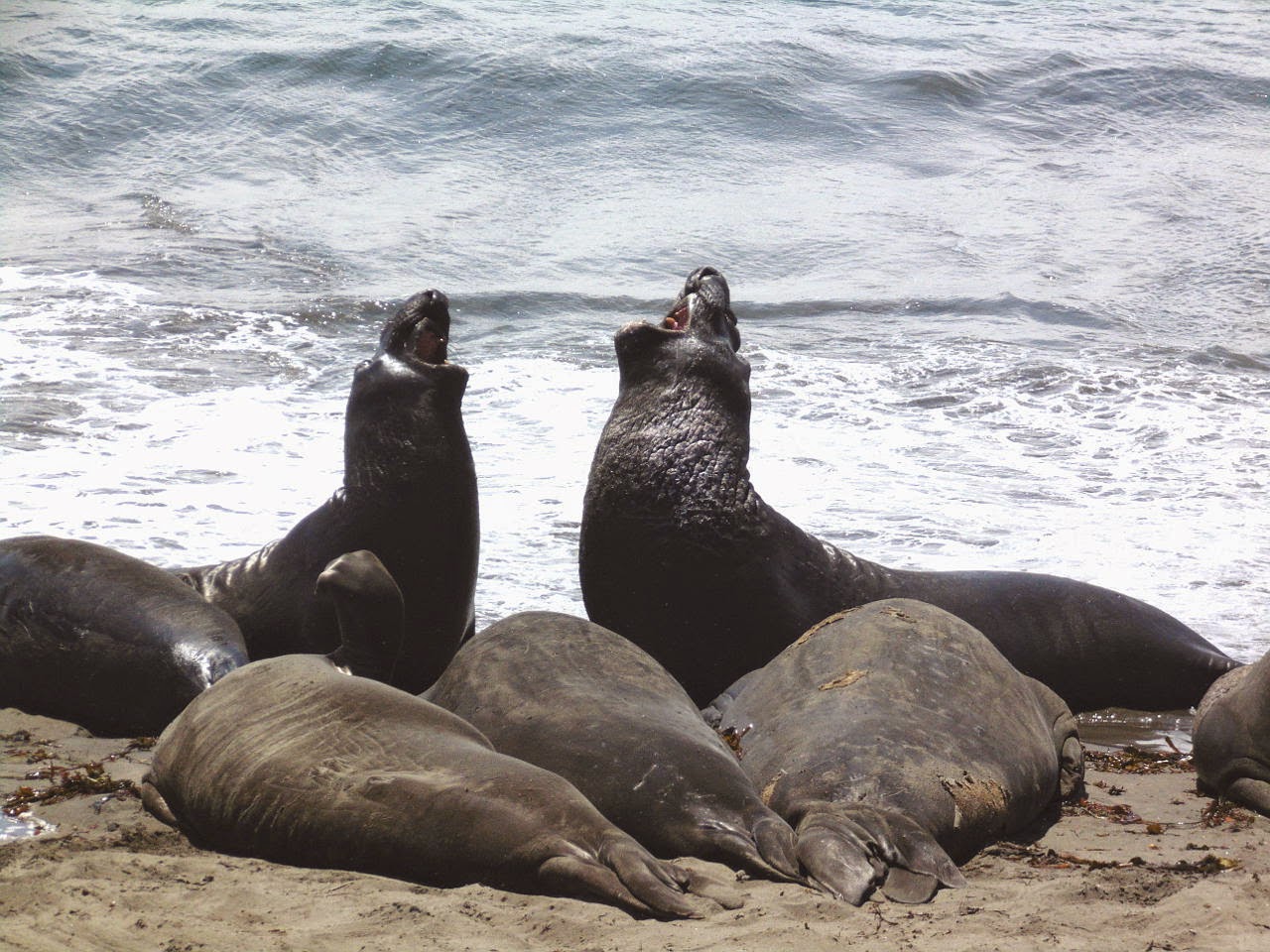 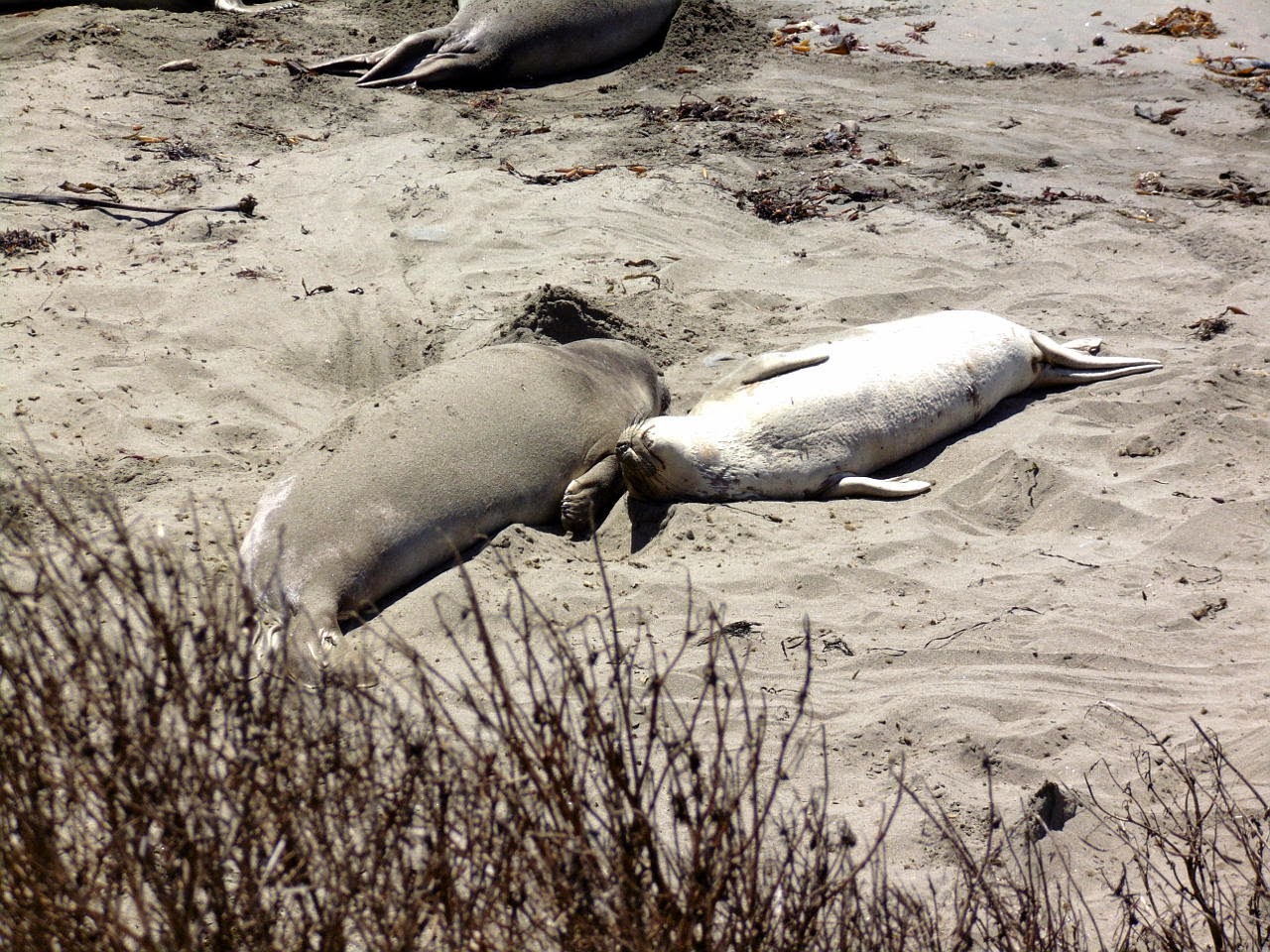 A short video of Jabba the Elephant Seal asserting his beach rights, and being welcomed onto the beach by one of his harem:

But almost of equal interest to me (I've seen the seals before), was the swarm of Common Buckeye butterflies attending to the pollination needs of a lowly flower on the bluffs above, along with a few of the ubiquitous Cabbage Whites. 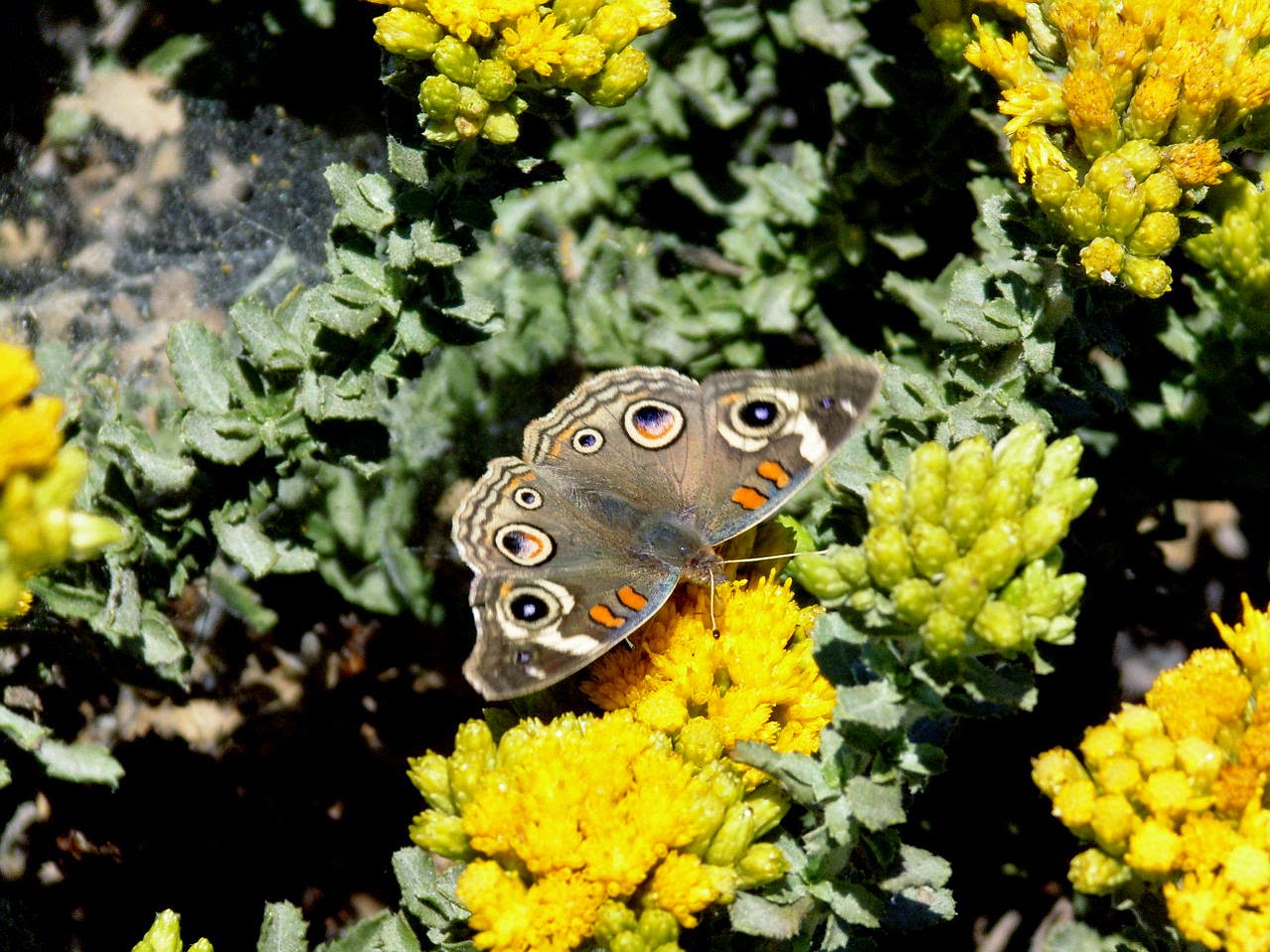 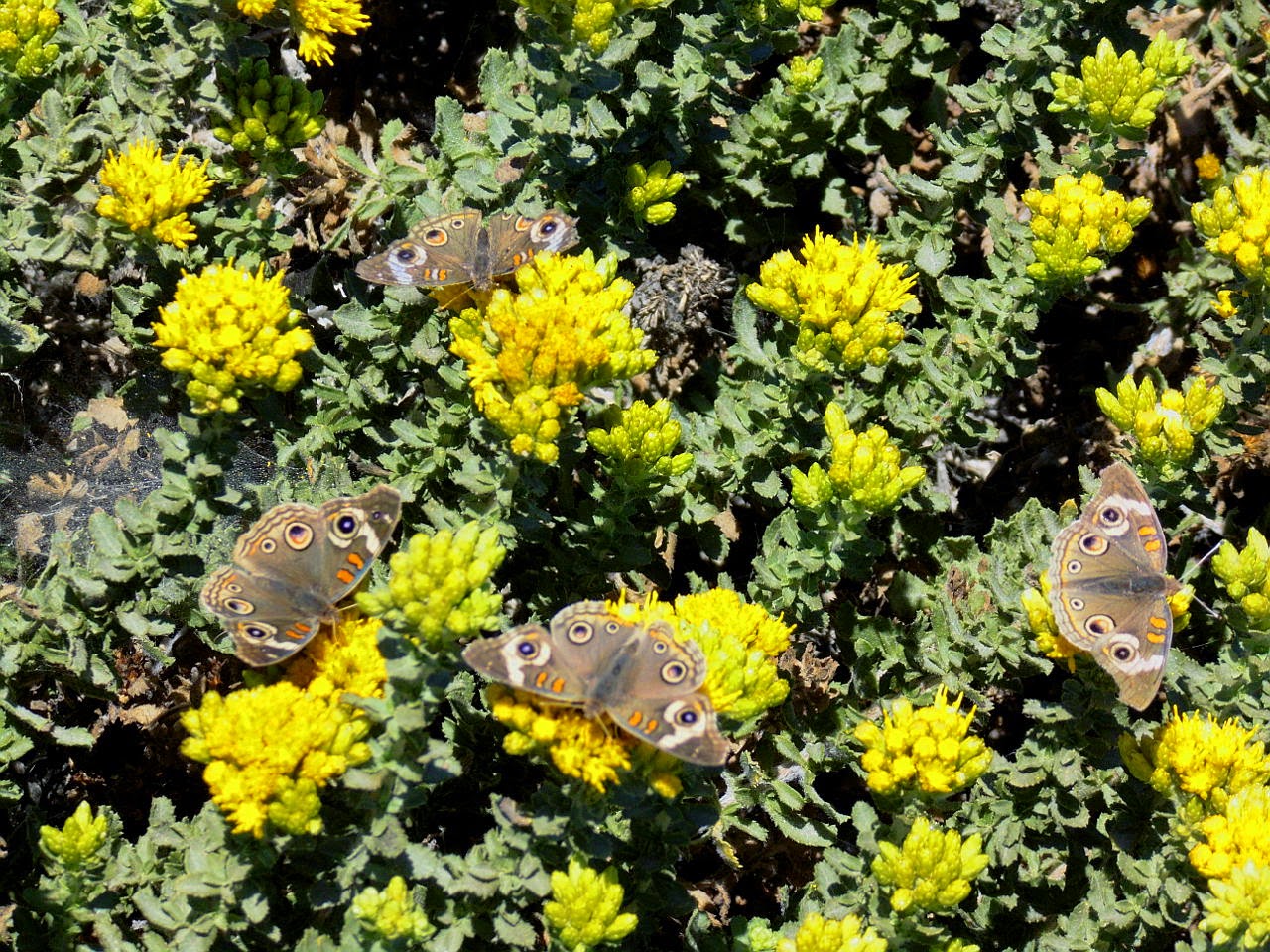 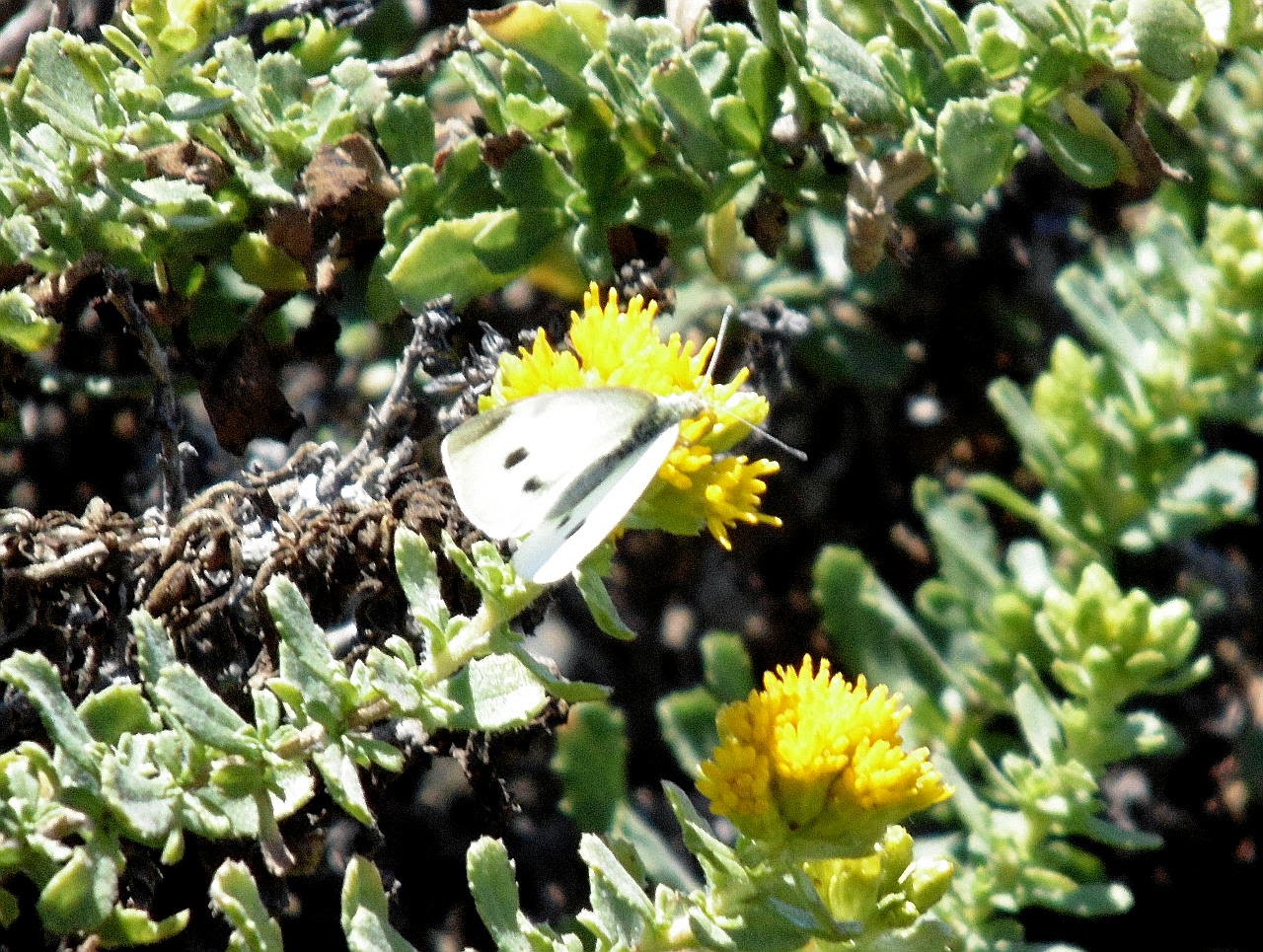 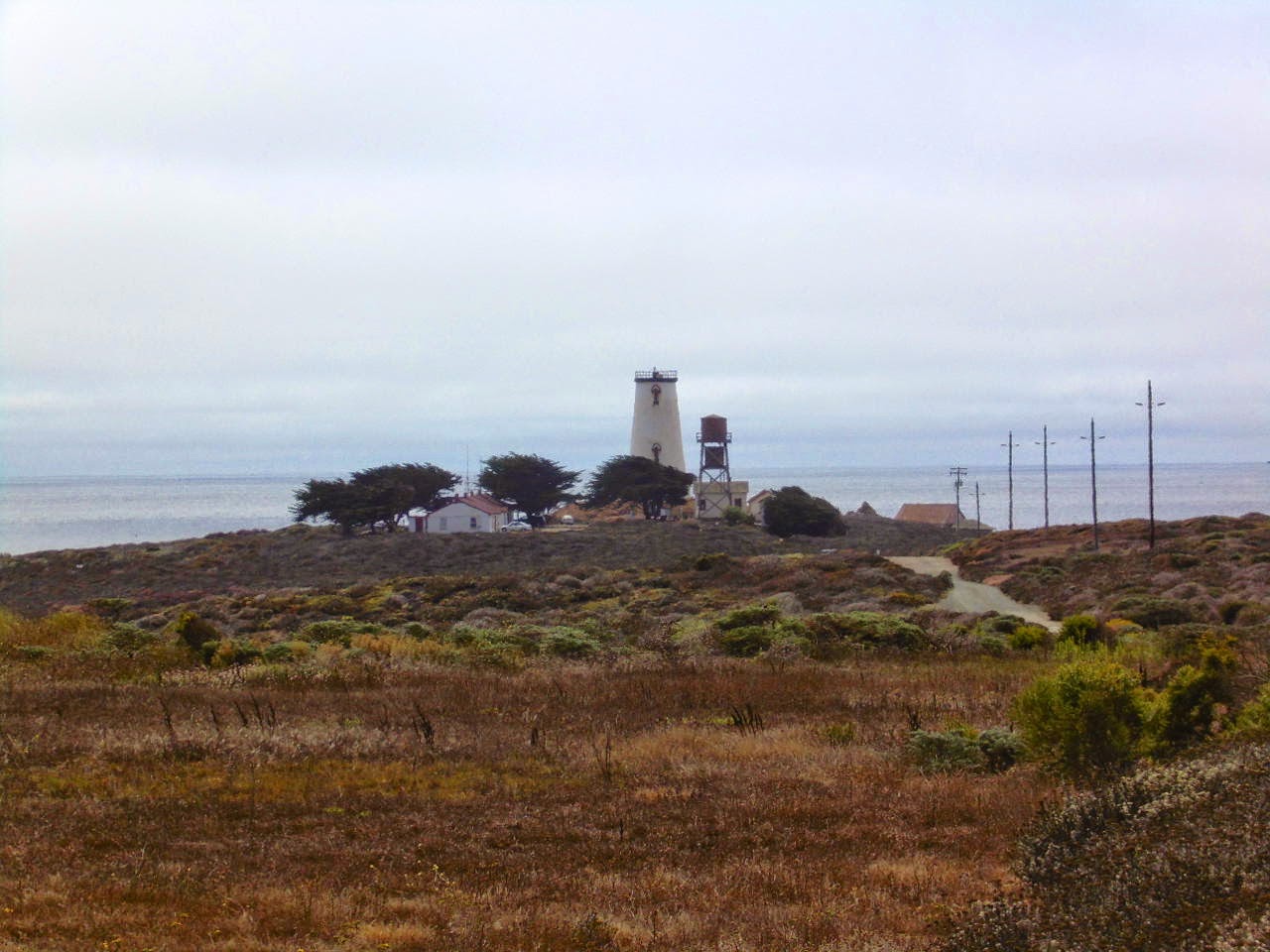 We turned at Piedras Blancas Lighthouse, and headed back to Pismo. Bonus pics below: 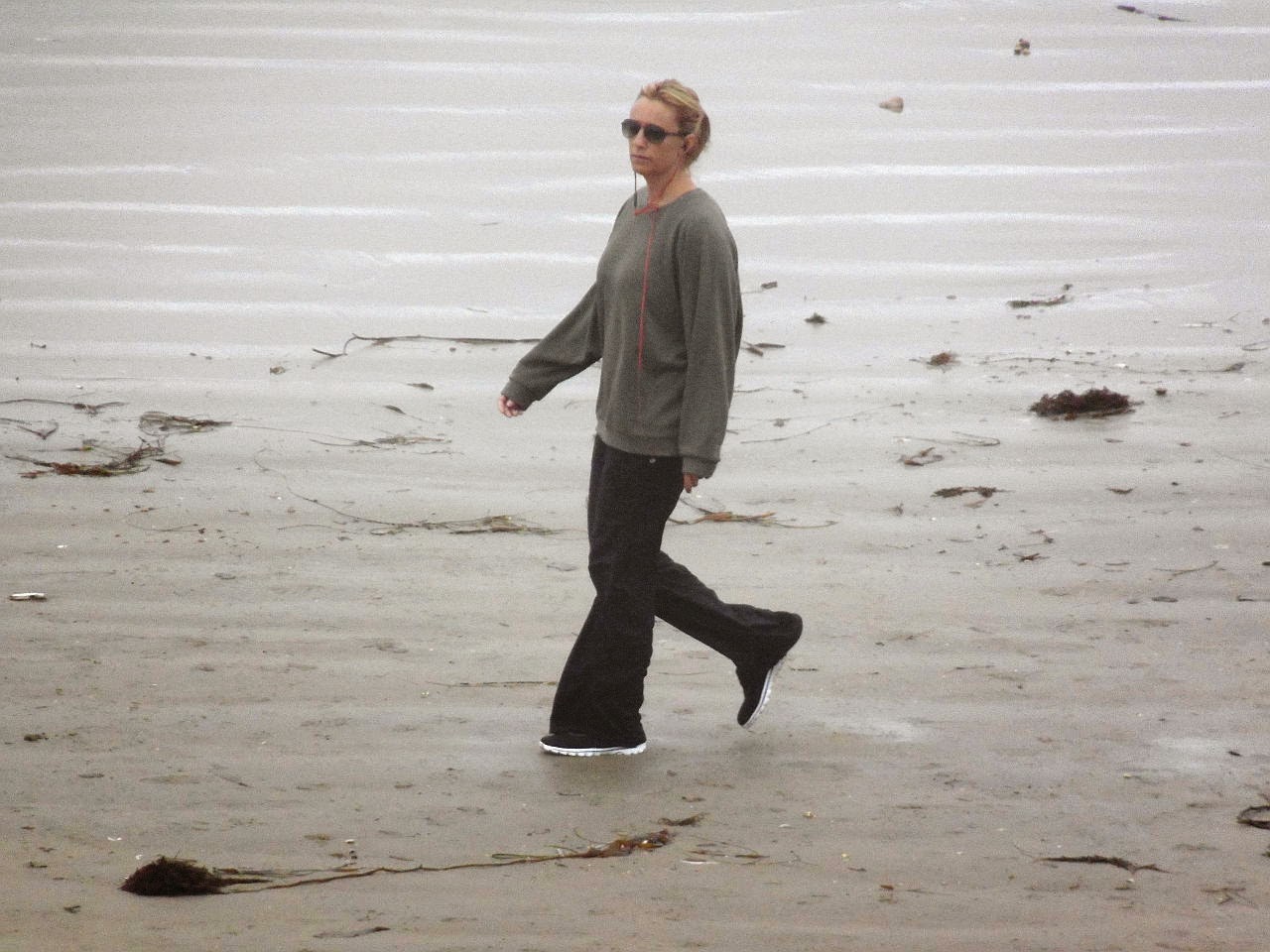 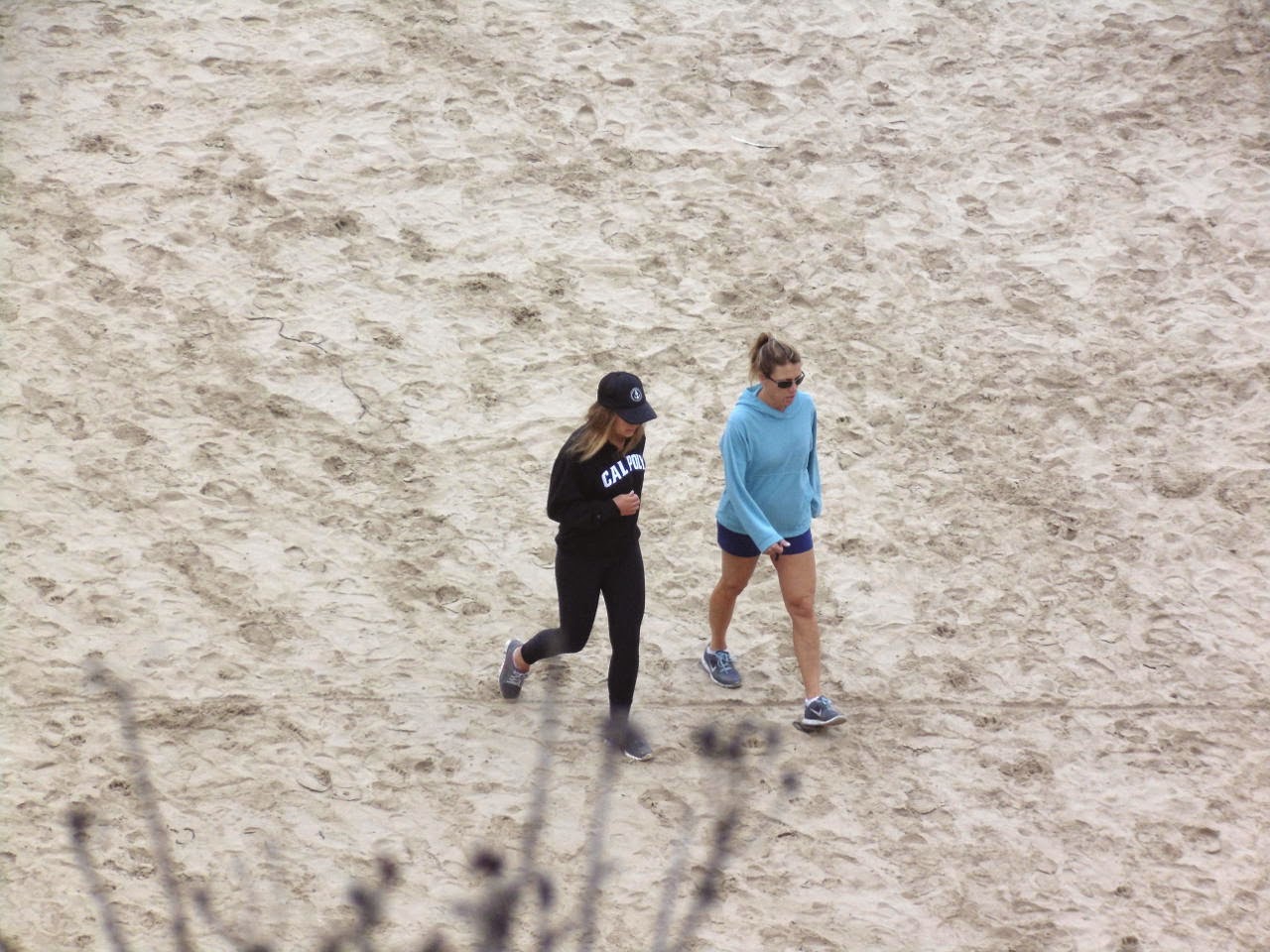 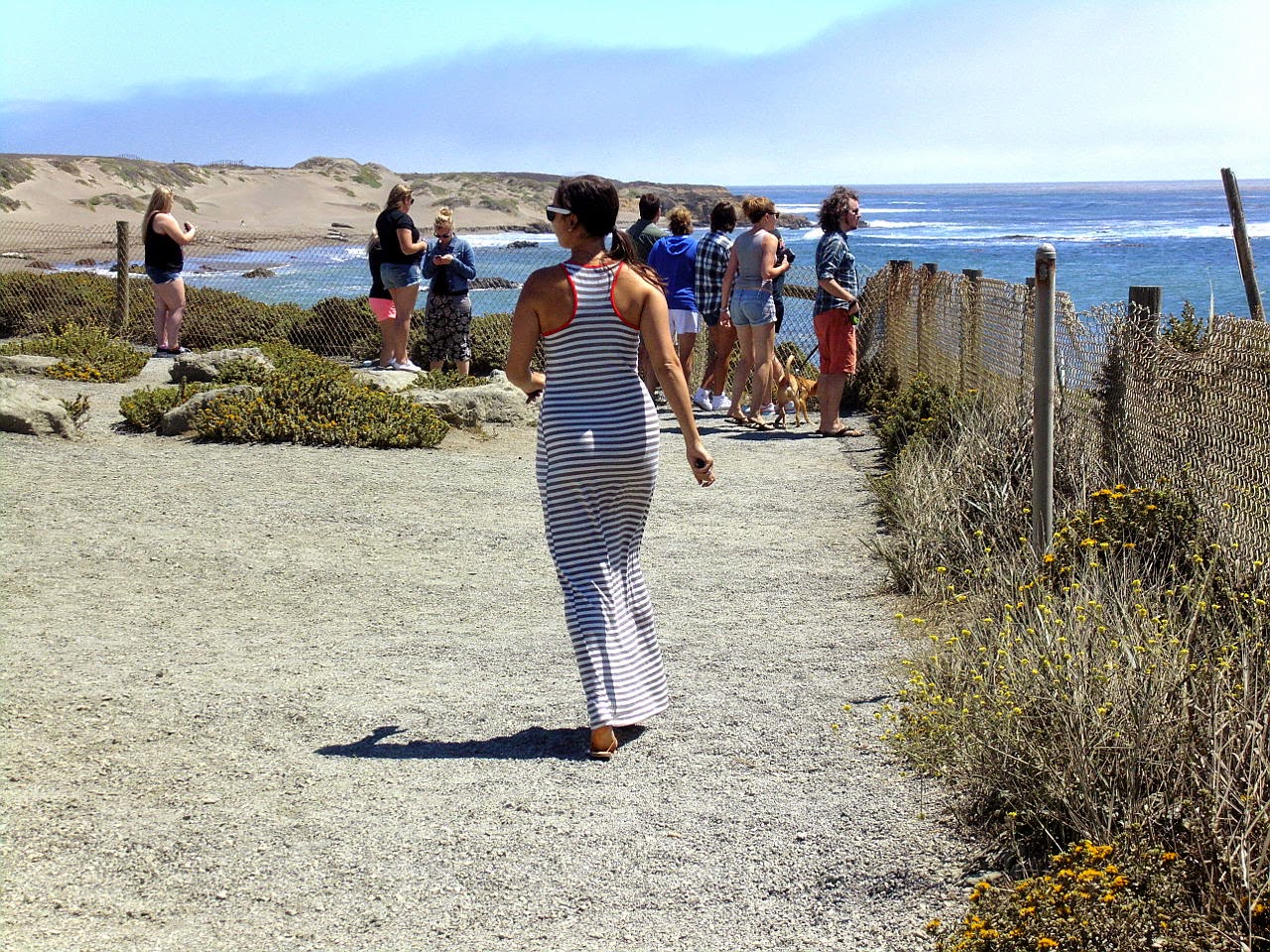