The British invaded Washington D.C. and burned the White House. The Washington Post remembers D.C.’s darkest day, a war that no one remembers. Isn't that a contradiction? 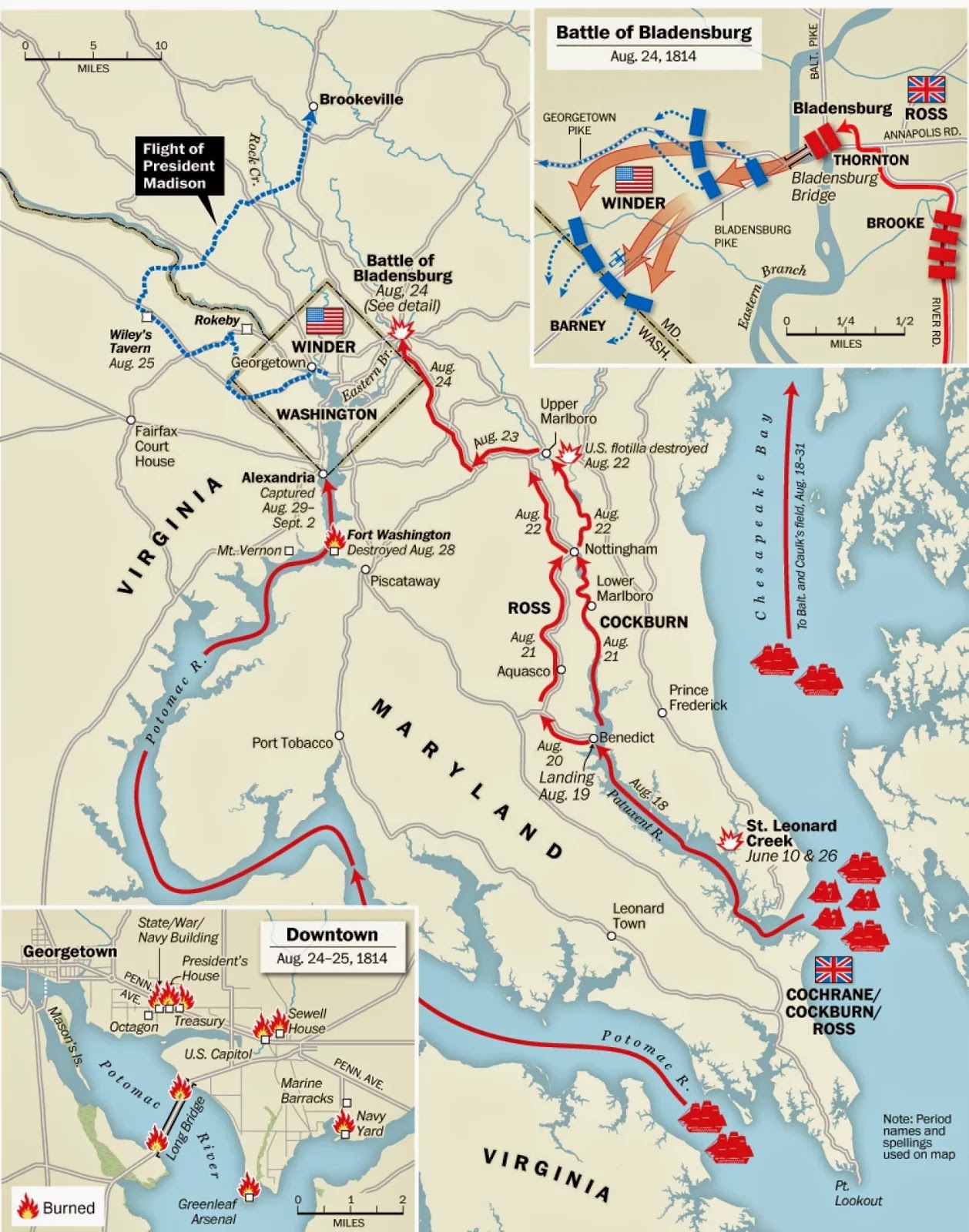 It's a bit of a exaggeration to say no one remembers. We in southern Maryland remember, and our children were reminded in school, that during the war, a great deal of action occurred in our  region.  I worked both in Benedict (see map), where the forces that sacked Washington landed for the short march to Washington, and at St. Leonard's Creek, where Commodore Joshua Barney fought (and ultimately lost) a rear guard action to prevent the British flotilla from going up the Patuxent River to attack the capital. Artifacts from the war are still being discovered in the Patuxent.
Posted by Fritz at 10:46 AM