Waiting for the Rain at the Beach 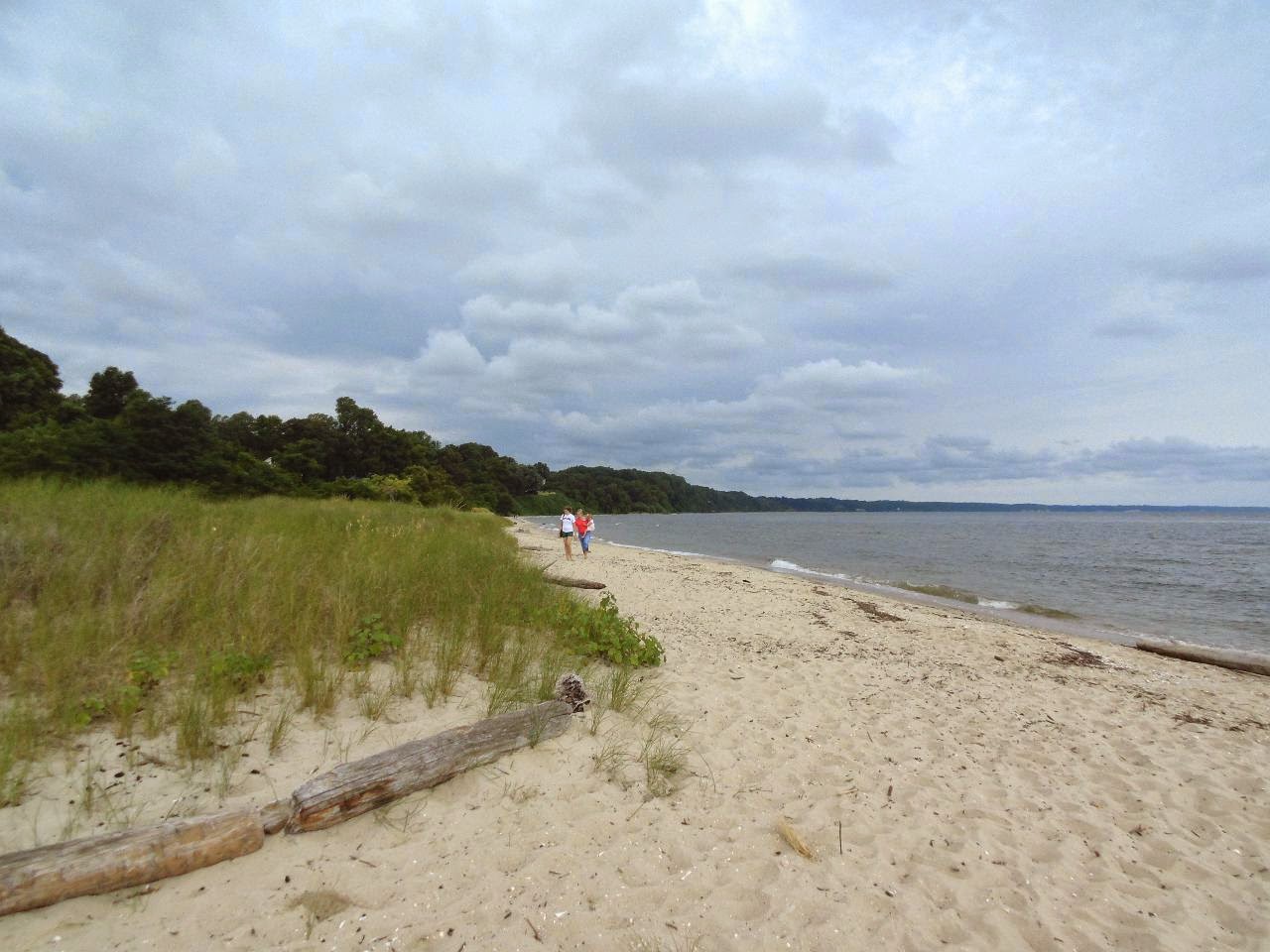 We got going a little earlier than we have been recently. The intellicast radar showed an oncoming rainstorm, and the NOAA storm surge site showed the tide above the astronomical prediction and rising, so we decided to try and beat both the rain and tide. We mostly succeeded, only a few drops of rain fell during our walk. 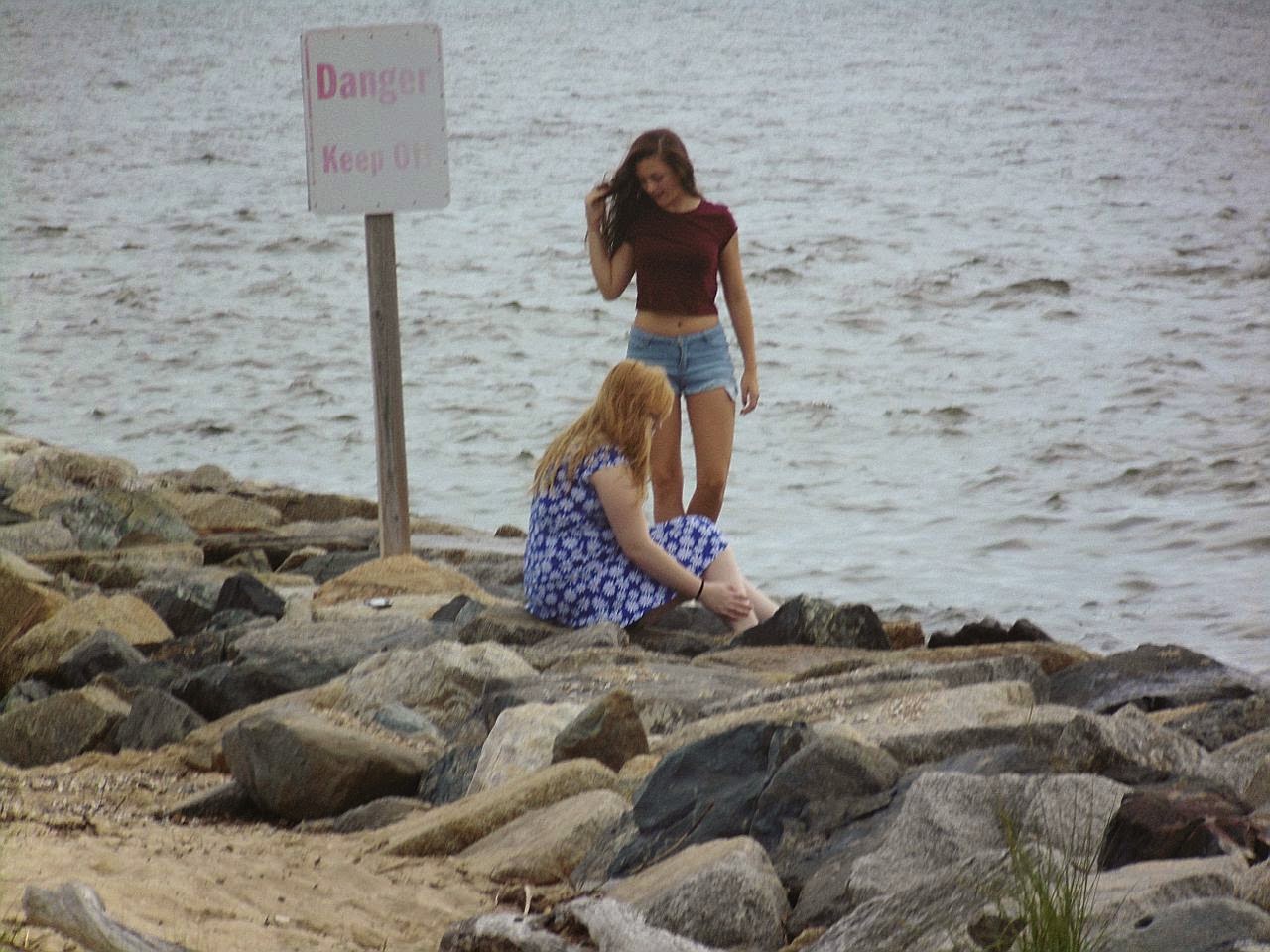 A couple of dangerous scofflaws break the rules. 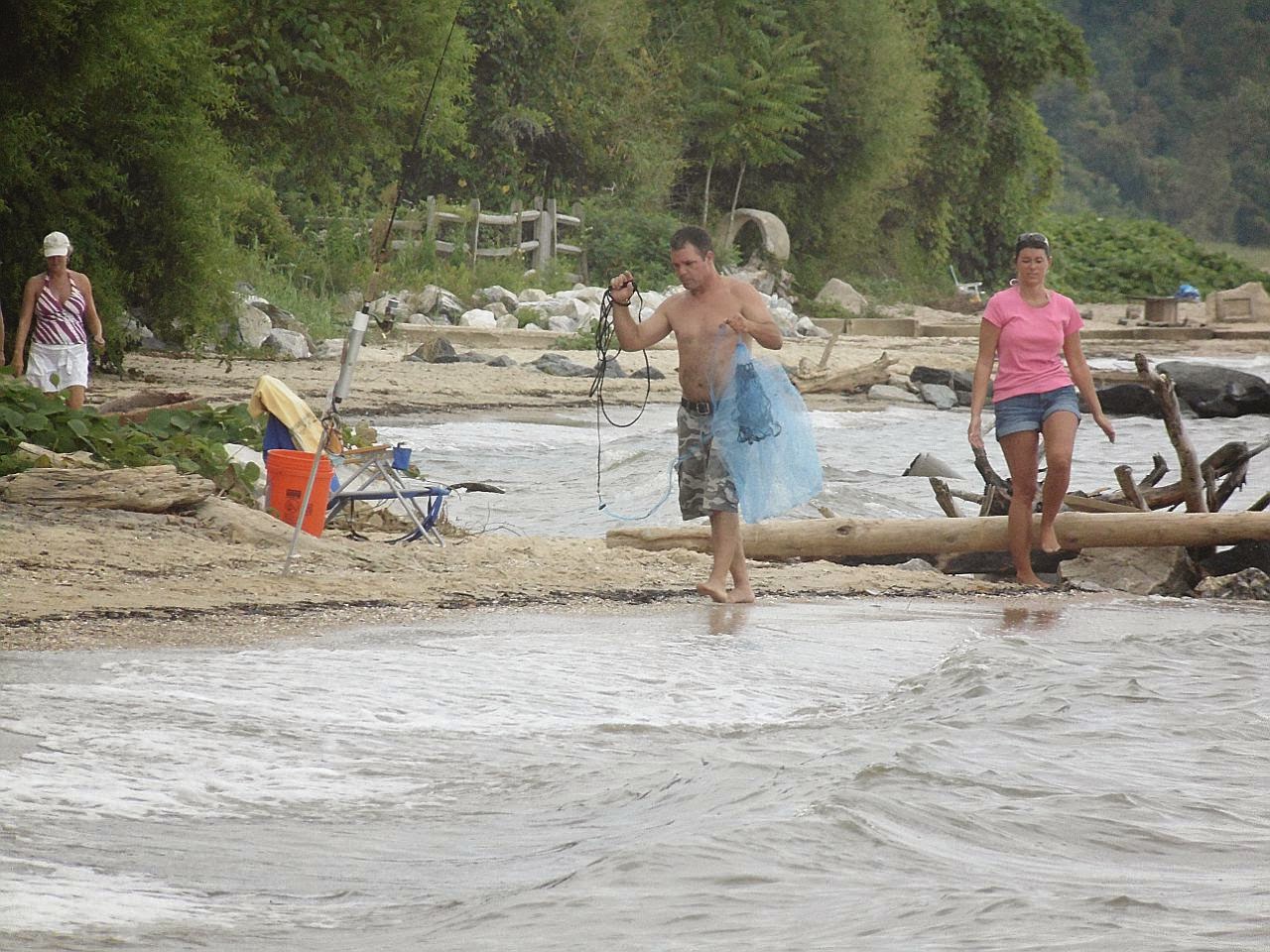 A fisherman out to catch some bait with his cast net. On our way back he had about 20-30 peanut bunker (small menhaden) in the net. 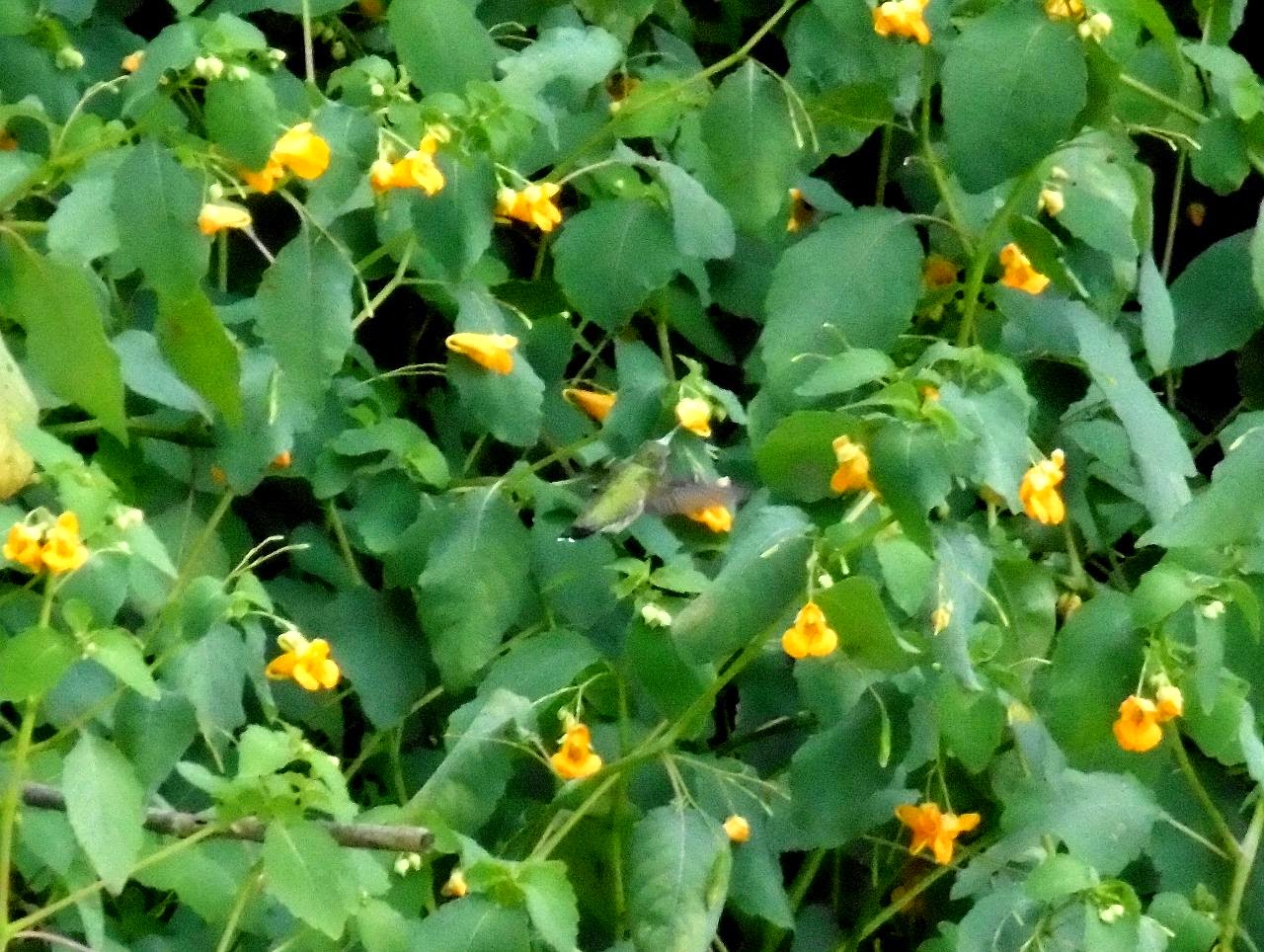 A Hummingbird visits the Jewelweed. Considering where we are, it's almost certainly a Ruby Throated Hummingbird, but being a female, it had a white throat. 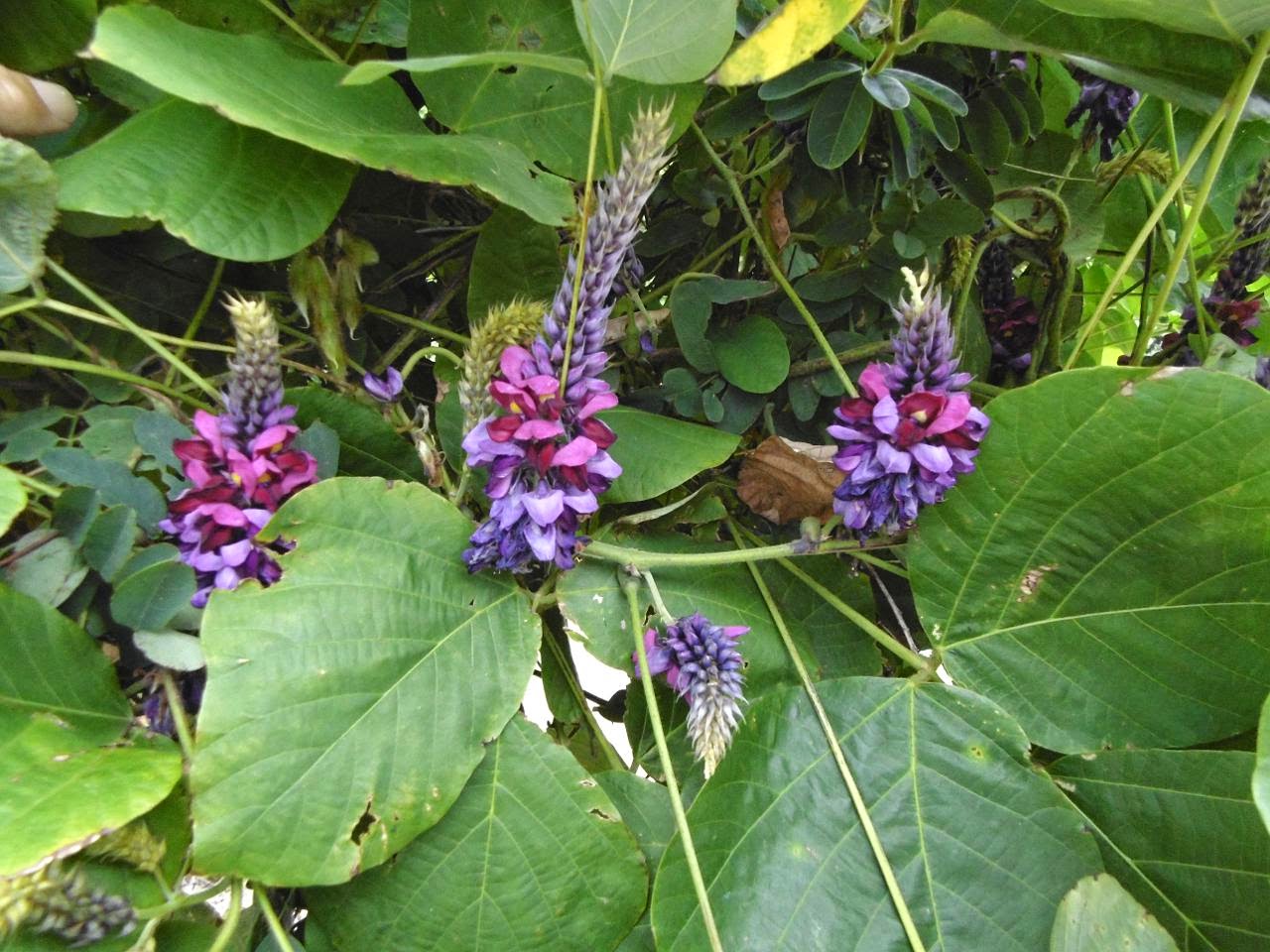 The Kudzu flower.  Usually concealed under the leaves, we pulled them aside for this photo. Right now, you can smell them almost anywhere on the beach. 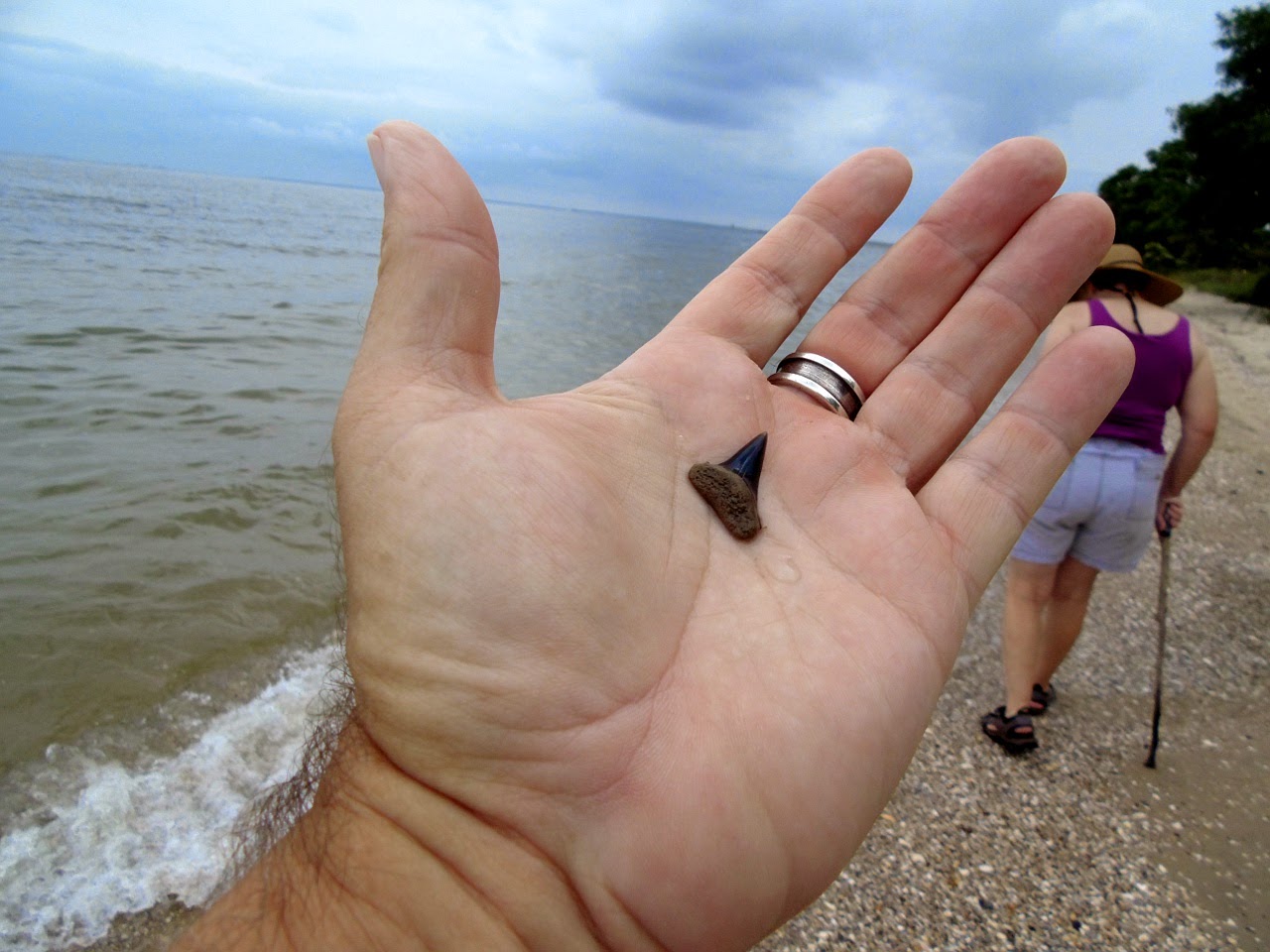 Despite the high tide, it was an excellent day for shark's tooth hunting. An east breeze had a moderate chop chewing up the beach, and revealing big stretches productive shell hash (see the beach at Georgia's feet). This one was revealed by a wave after she walked over it. We found a total of 41 teeth in a short walk, or at least, that's how many came out of my pocket. 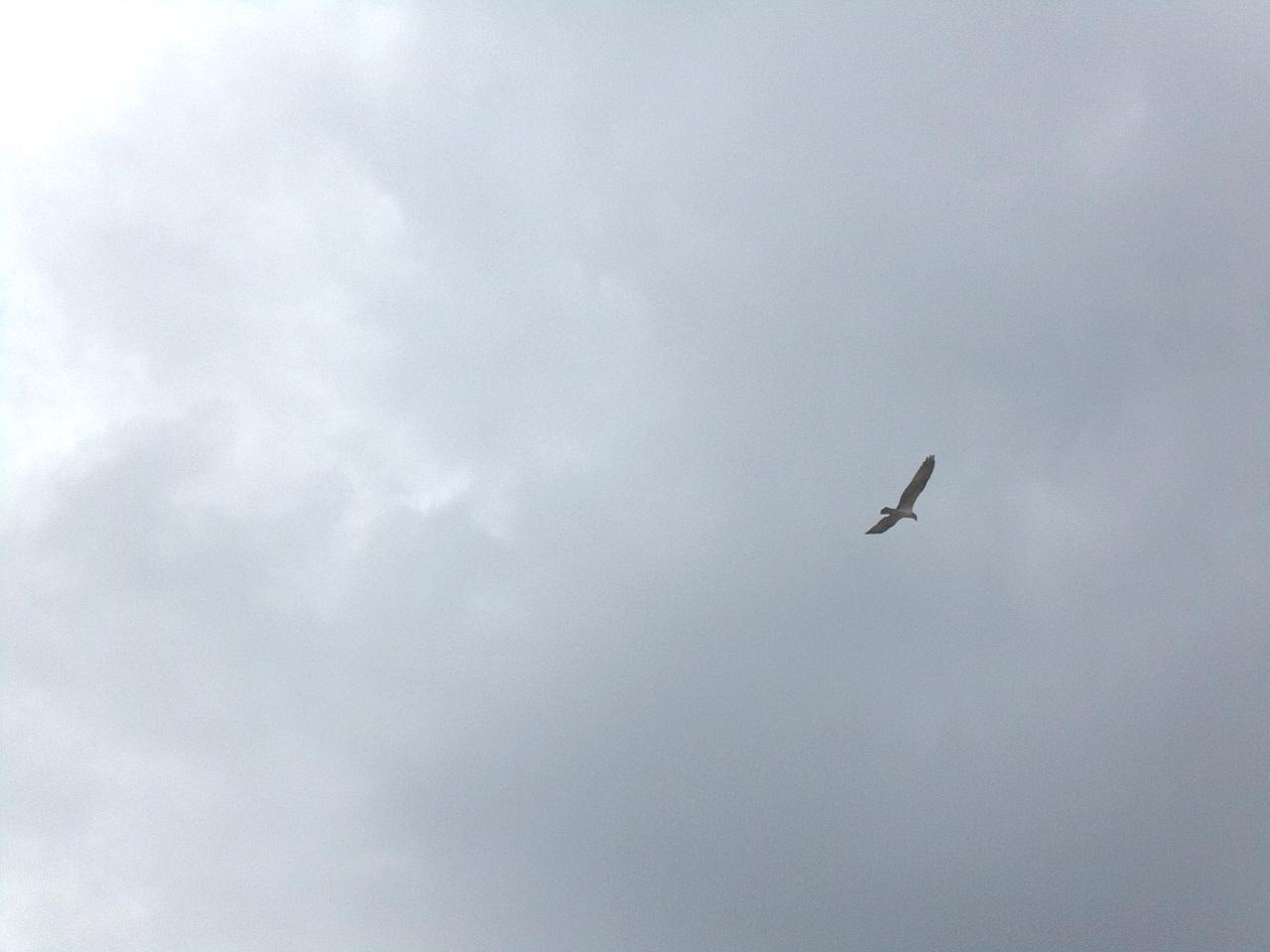 The omnipresent Osprey hunting. We saw them dive onto the peanut bunker right next to the shore several times. Sorry, no video.
Posted by Fritz at 3:08 PM