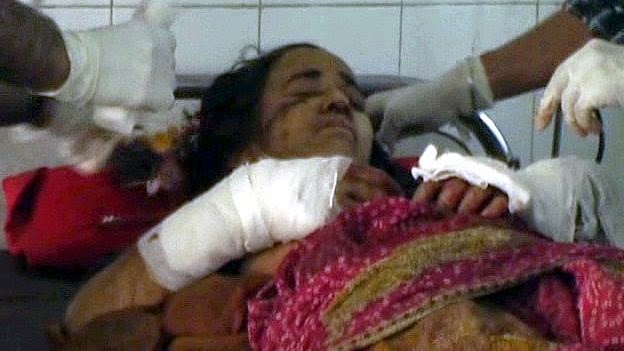 
Ms Devi was carrying water from a canal to her field near the village of Sem Nauti in Rudraprayag district when she was attacked on Sunday.

She said she managed to smash some of the animal's teeth during the struggle.


"I fought head on with it for almost half an hour. Then I came to know it was dead," she told reporters from hospital in the nearby town of Srinagar Garhwal.

Doctors were surprised she had survived.

She was lucky enough to be carrying a sickle and a spade.  Too bad she wasn't packing a pistol. I wonder if "Then I came to know it was dead" is a screwy translation, or was she beating a dead leopard for a while. I could see that.
Posted by Fritz at 5:00 AM