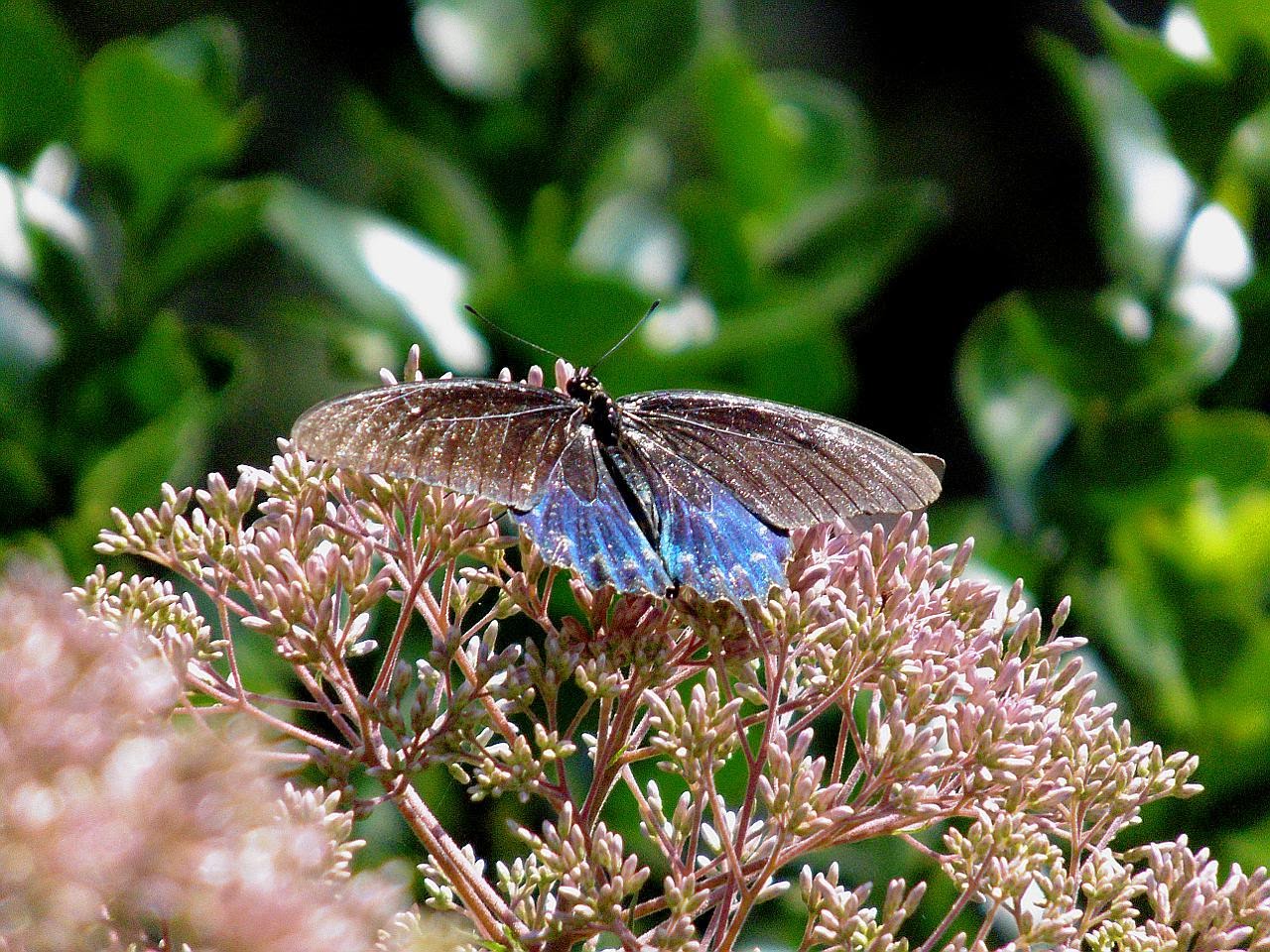 And this time, it's one I've been looking for since last year, the Pipevine Swallowtail (Battus philenor). This is reputed to be the distasteful and toxic species (a result of eating Pipevine), that has caused several other more familiar species (at least to me) to evolve as its mimics. These include the female dark morph Tiger Swallowtails, the Spicebush Swallowtail, the Black Swallowtail, and the unrelated Red Spotted Purple, all of which I have seen here. 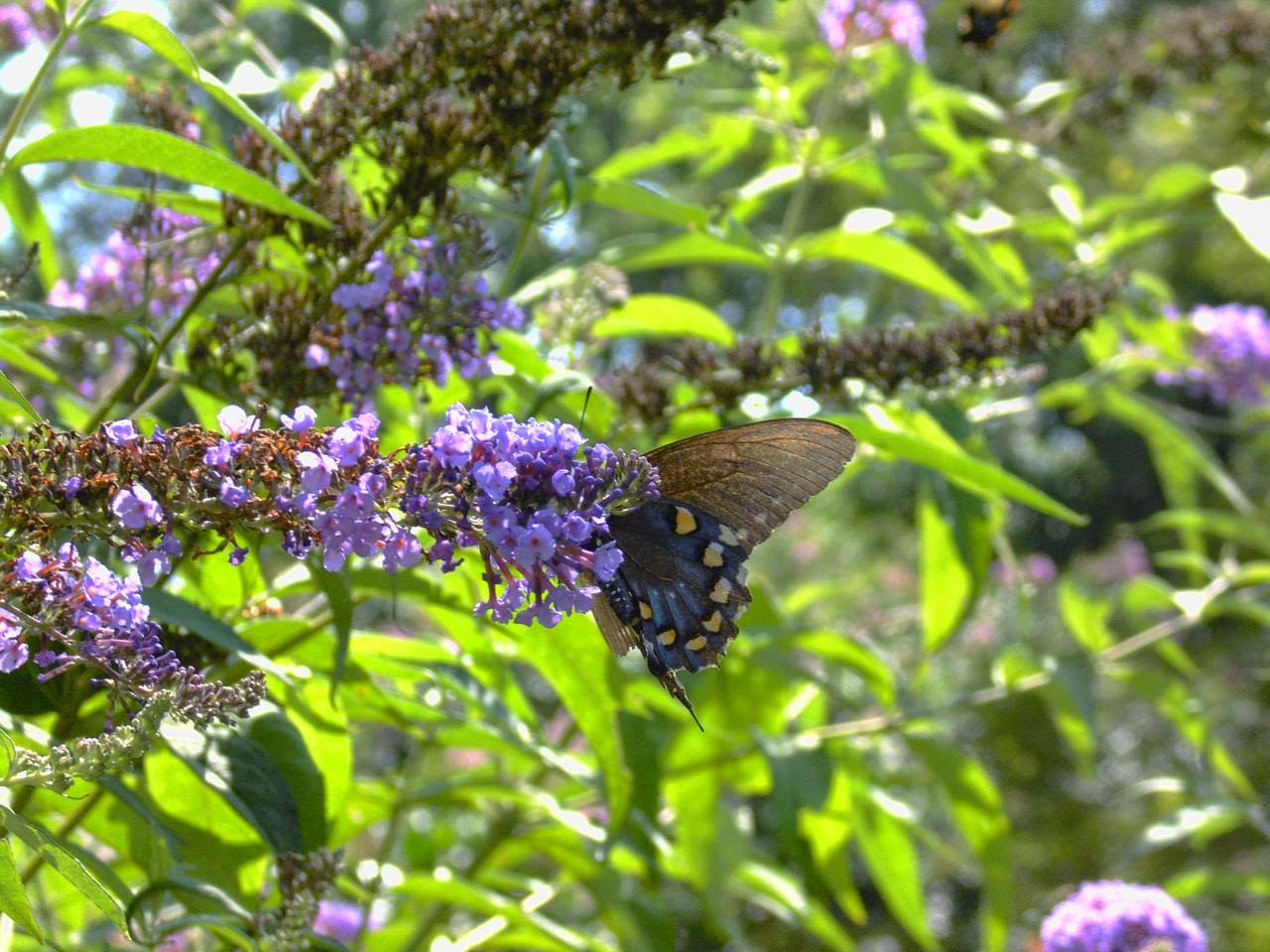 When we arrived home from errands Georgia spotted a Great Spangled Fritillary at the Butterfly Weed (not the Butterfly Bush).  After a few photos of that, I looked across the driveway to the Butterfly Weed, and saw the usual assembly of yellow tigers, Silver Spotted Skippers and such, when I spotted some shimmering blue on the Joe Pye Weed, which is just now blooming. At first I thought it was Red Spotted Purple (which I haven't seen this year yet), but I soon recognized it as the long sought Pipevine Swallowtail. 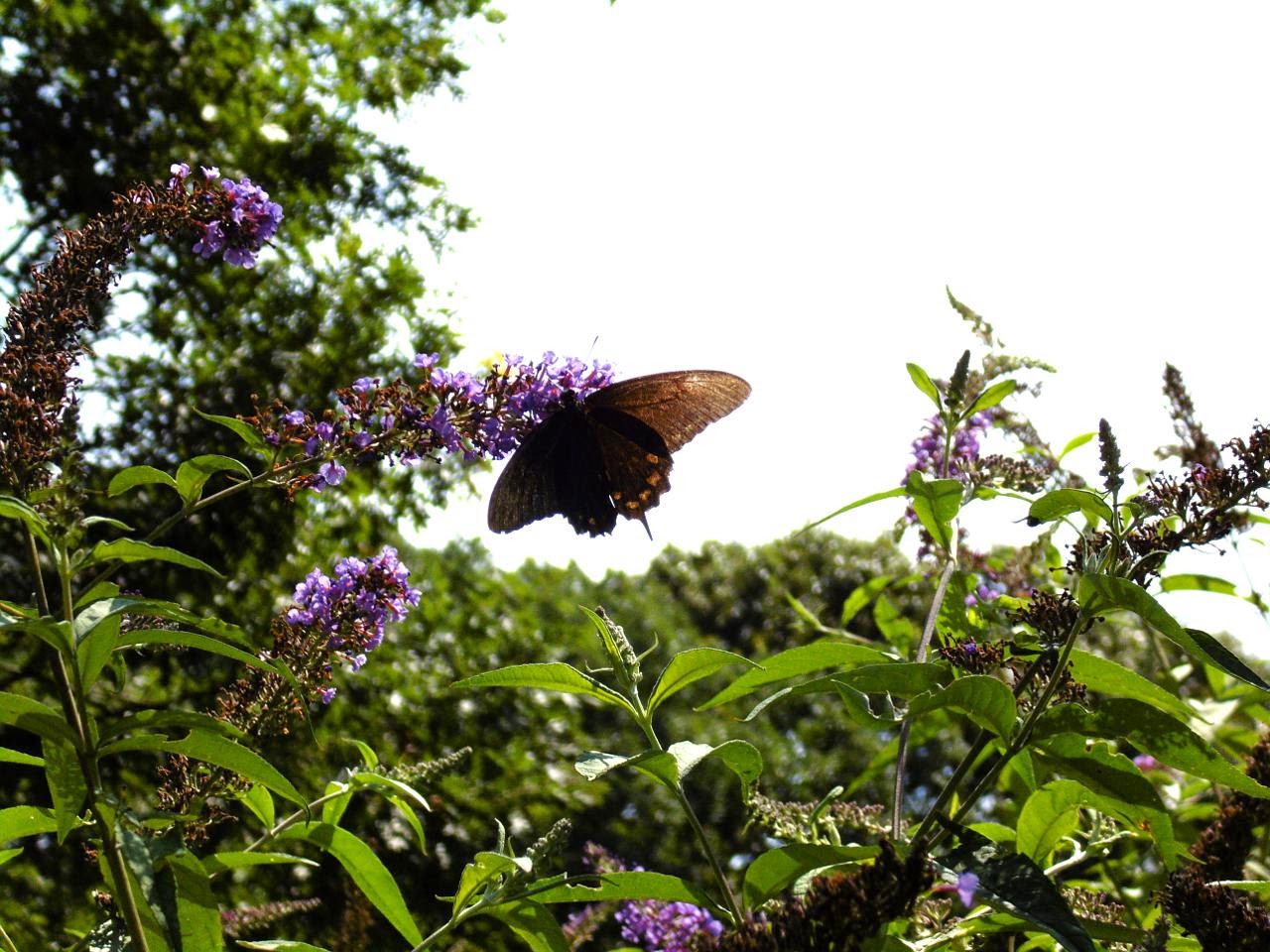 As specimens go, it isn't the best. It's a little scratched and dingy; while I watched it it scrapped with several other butterflies, and one of it's two "tails" is missing. 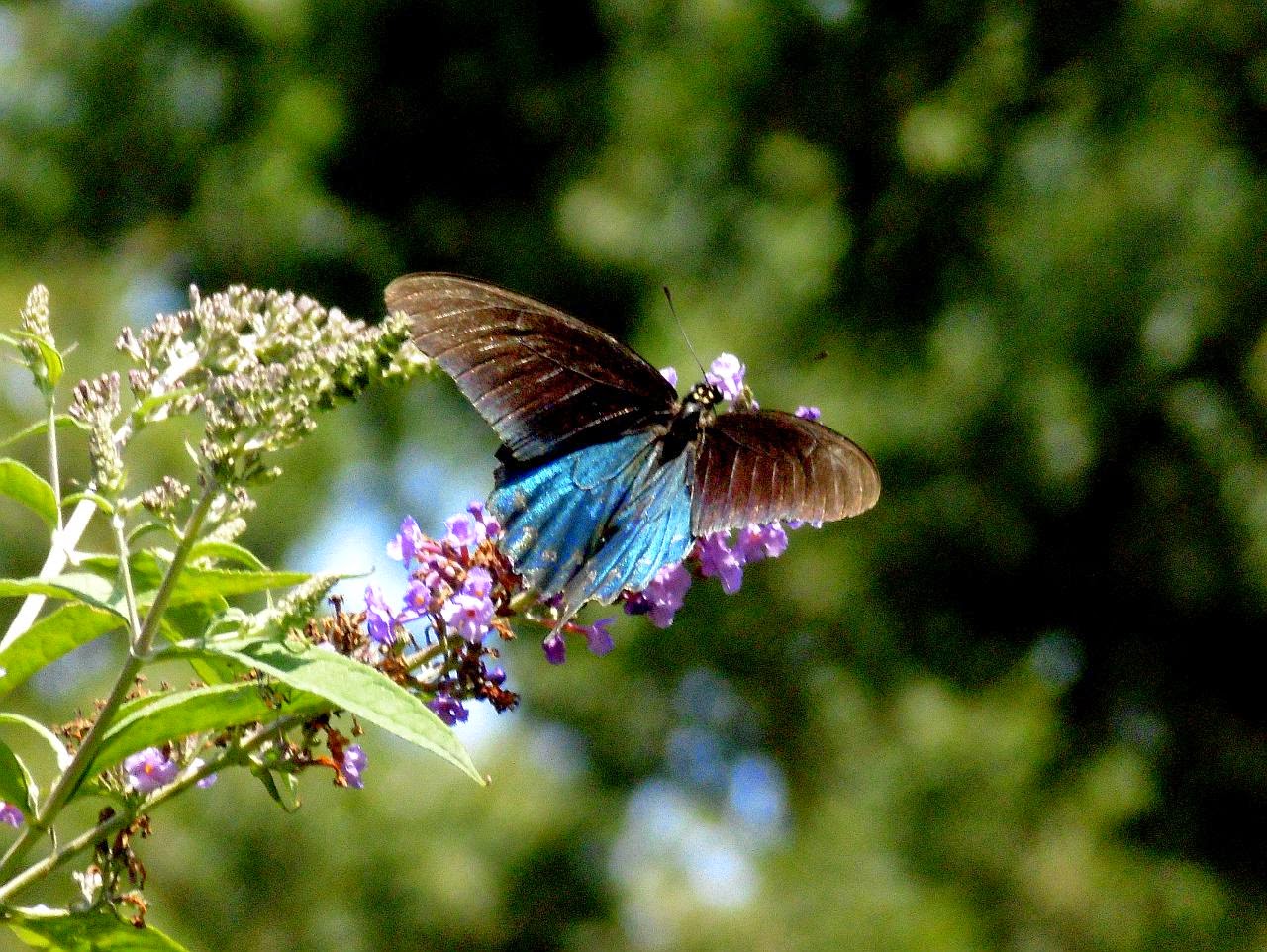 The blue sheen on these butterflies is brighter, and more reflective than on the other dark swallowtails, and more similar to the Red Spotted Purples. 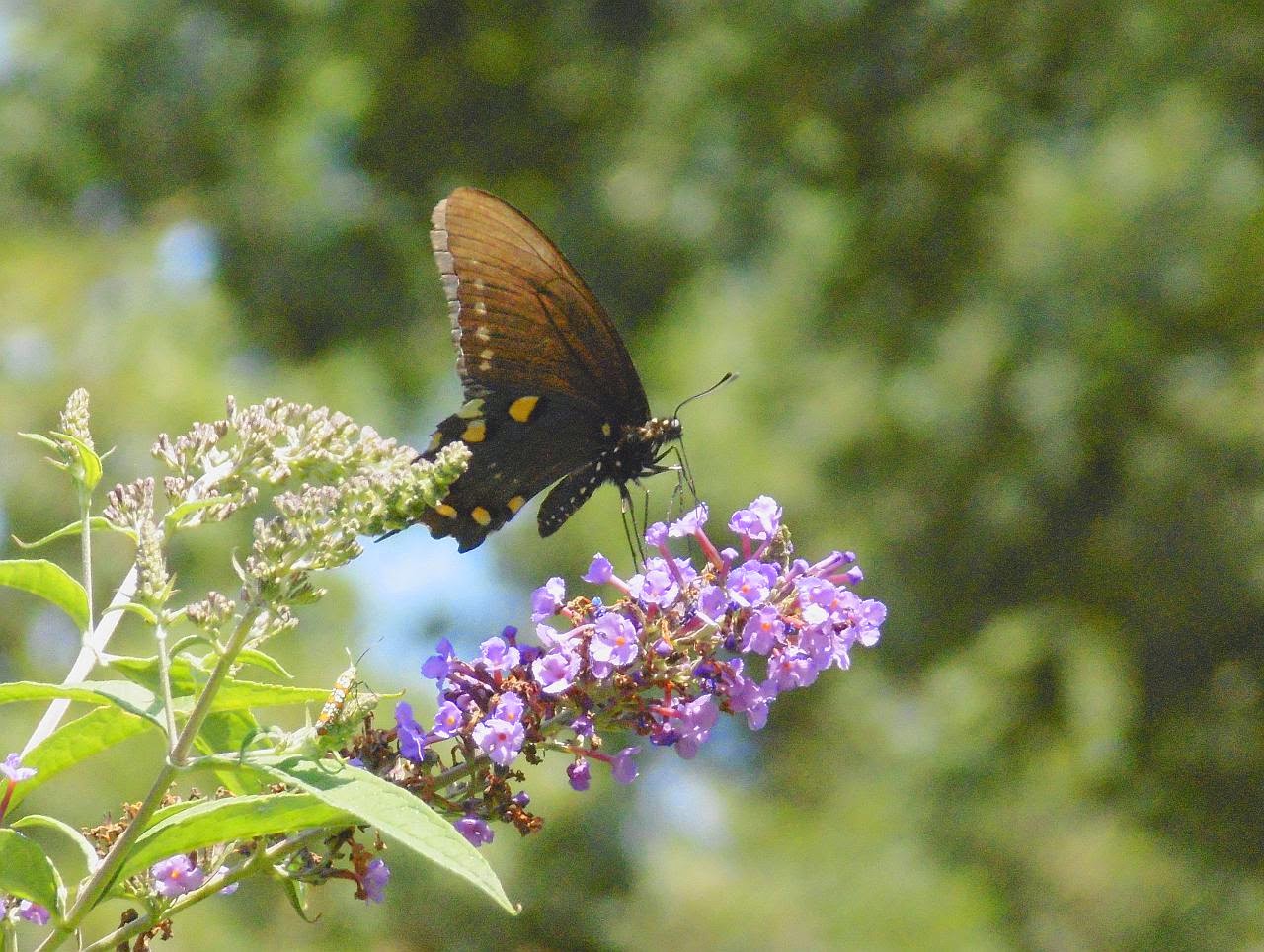 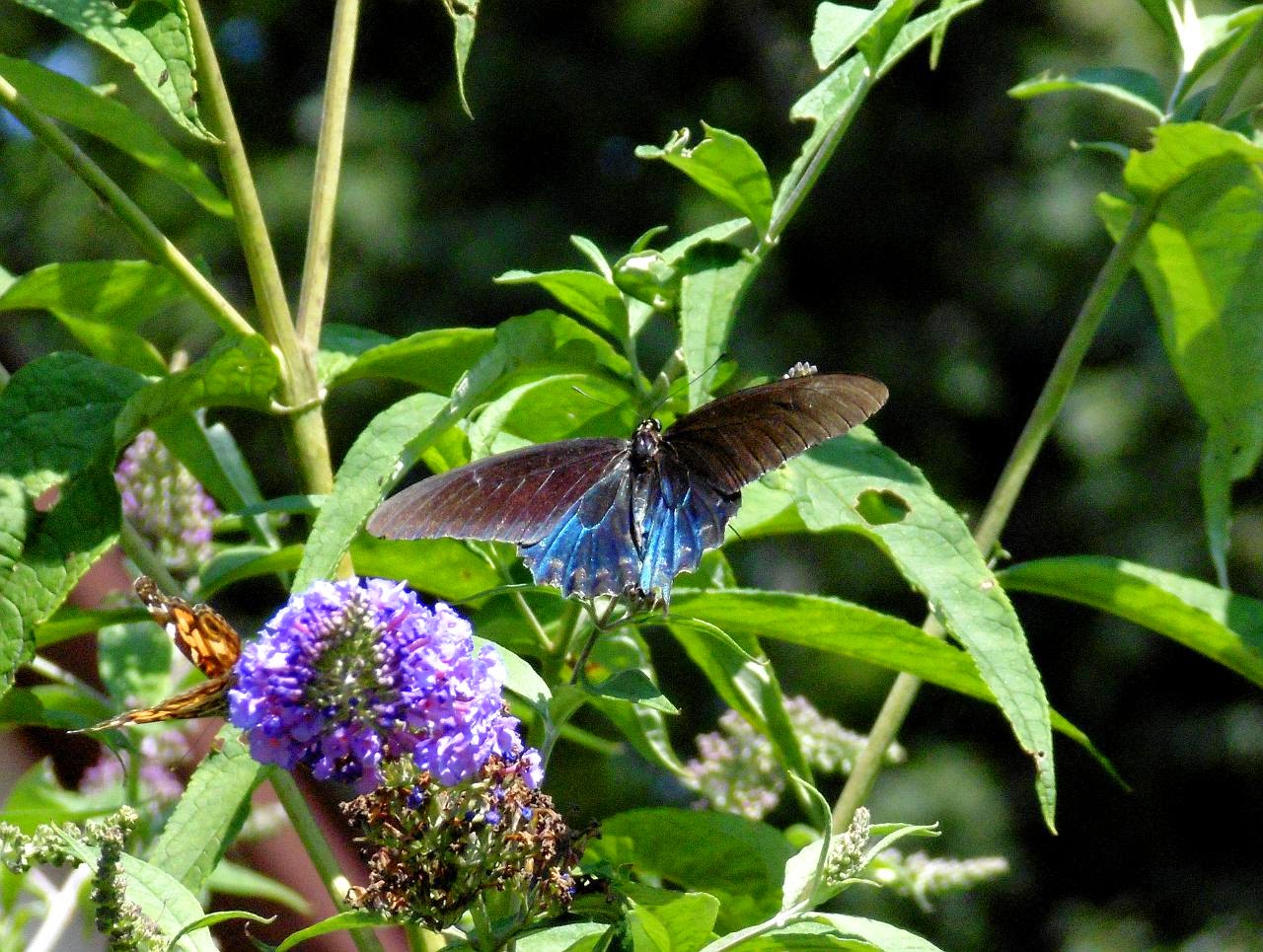 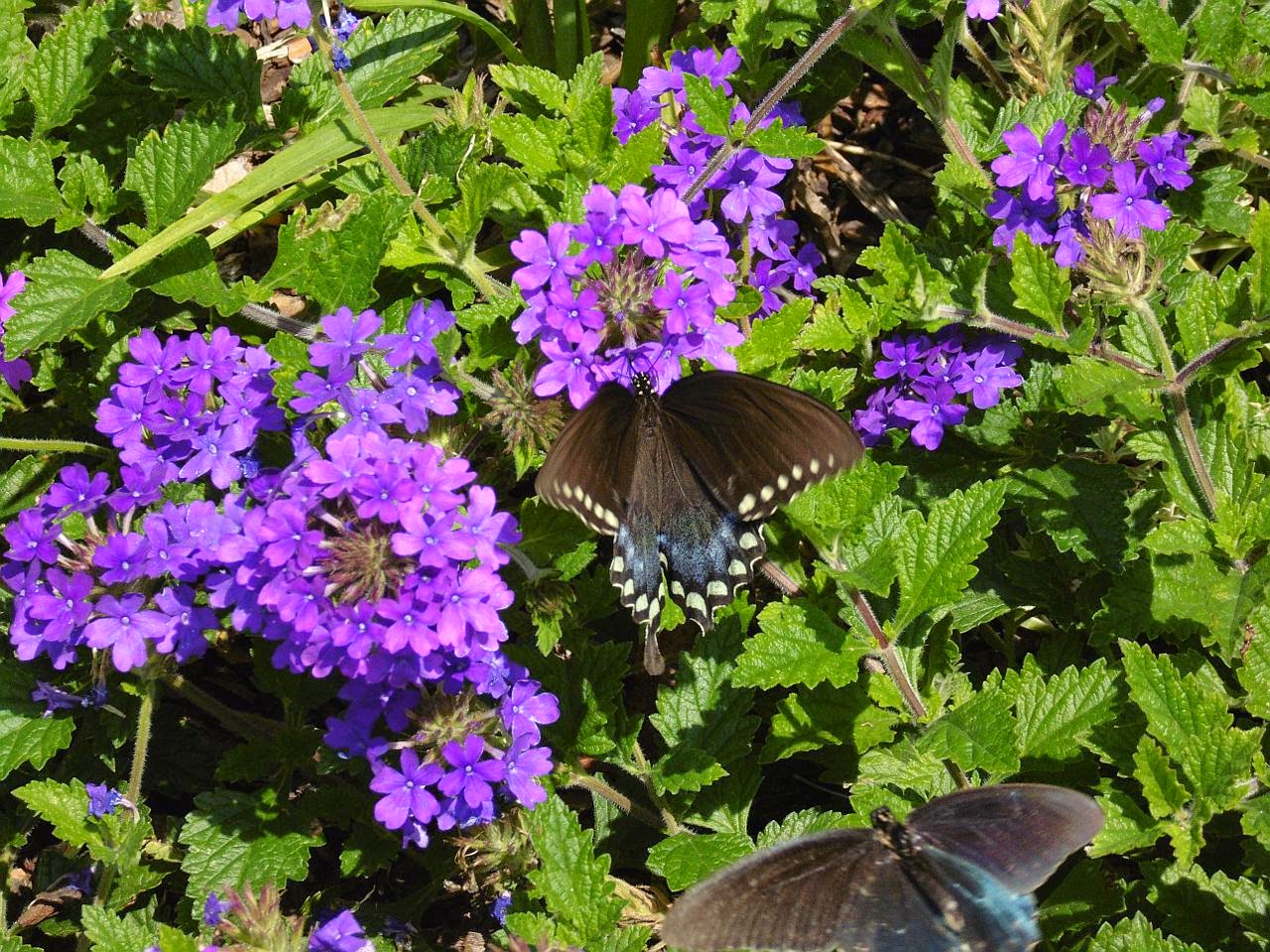 The Pipevine Swallowtail approaches a flower where it's mimic, the Spicebush Swallowtail is already feeding. 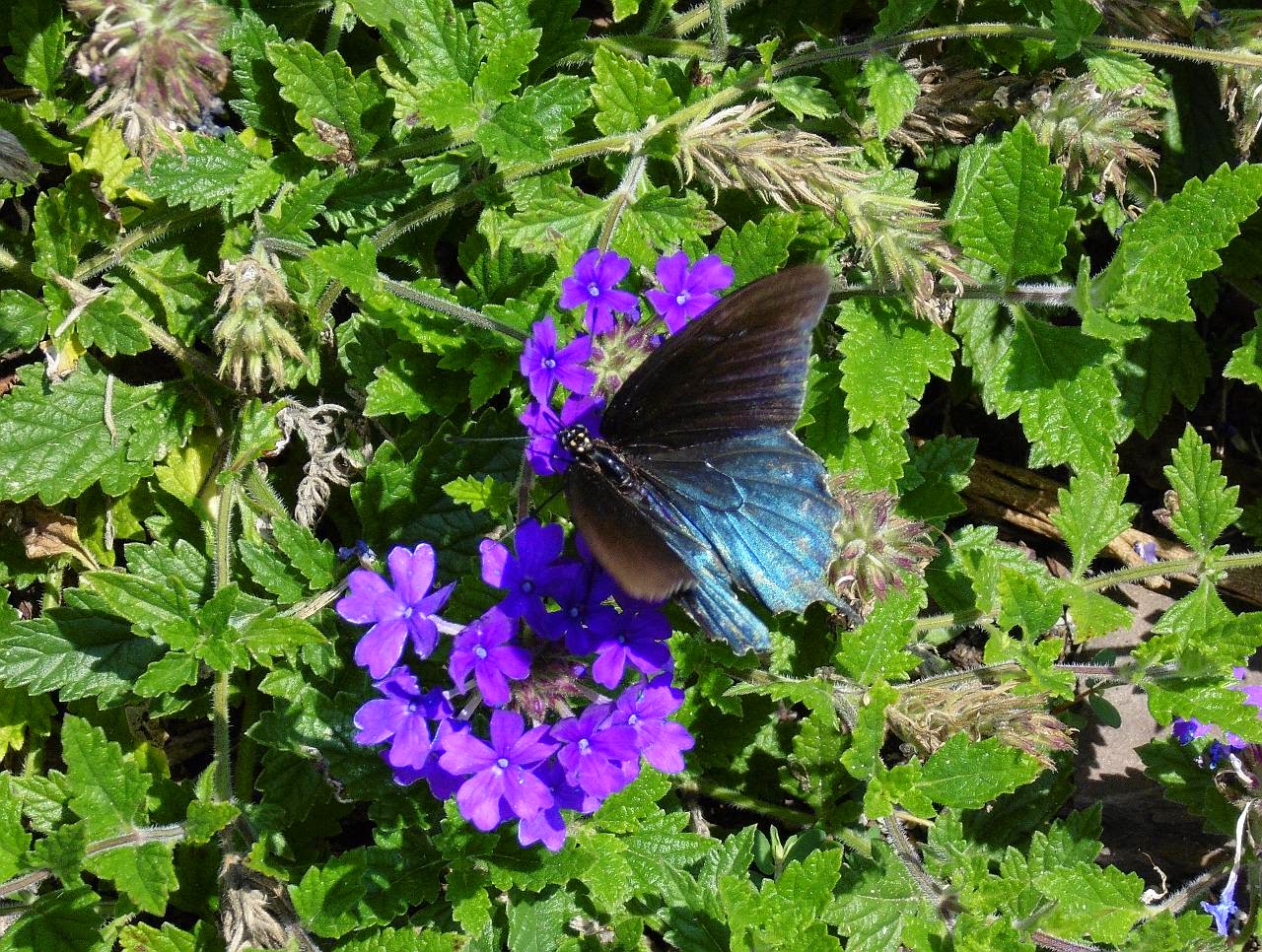 I even made a short video. Sorry about the lawn mower noise; no need for the sound. There is also a brief appearance of the Spicebush Swallowtail.