Back To Our Own Beach 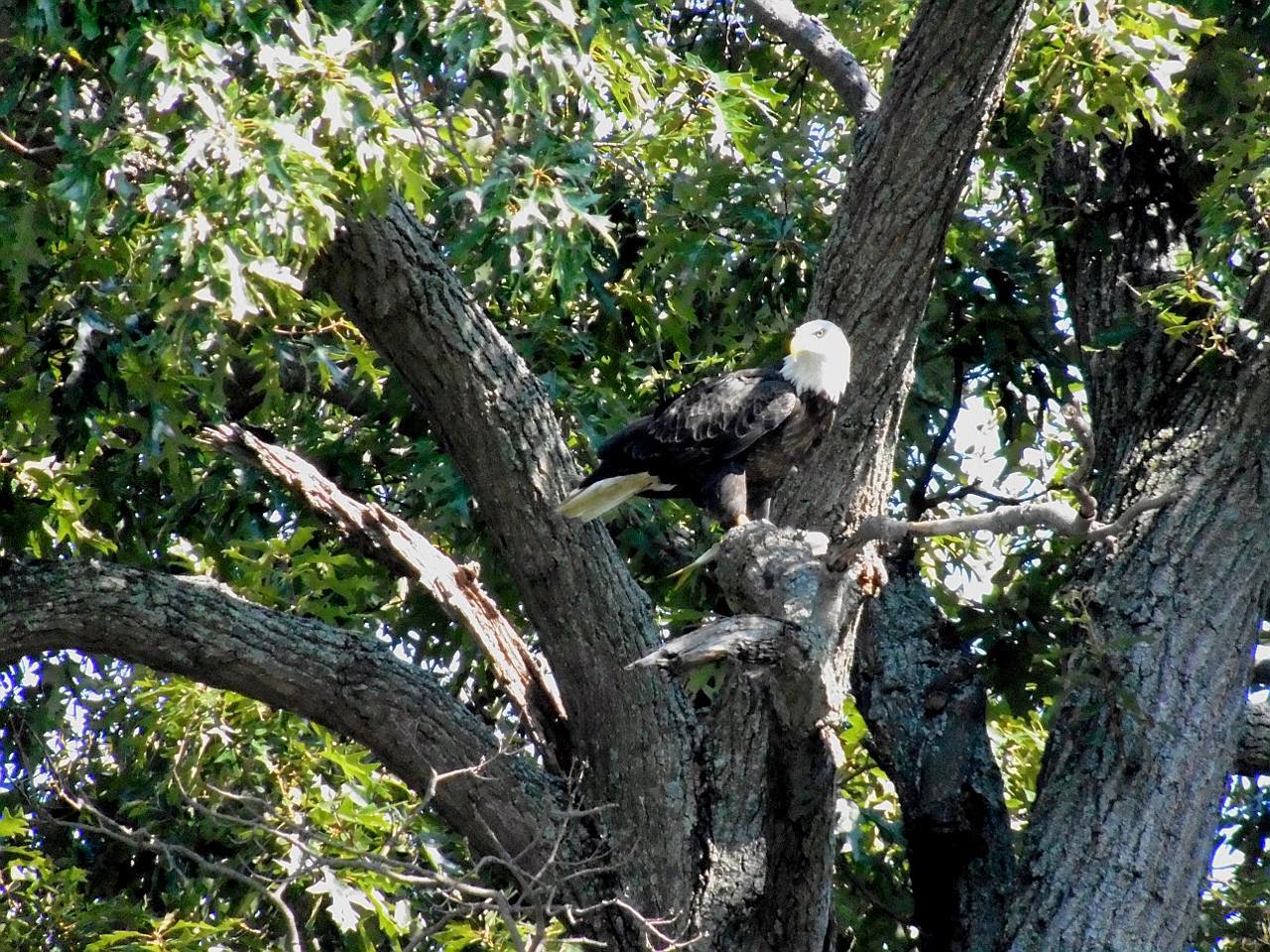 After a lovely visit to Pismo Beach, it was past time to get back to our own beach. After a couple of days where chores and errands filled the time, we finally got down to beach around 4:30 this afternoon.  Even as we were driving in, this eagle flew into an oak tree over the harbor, and began to tear at a fish. 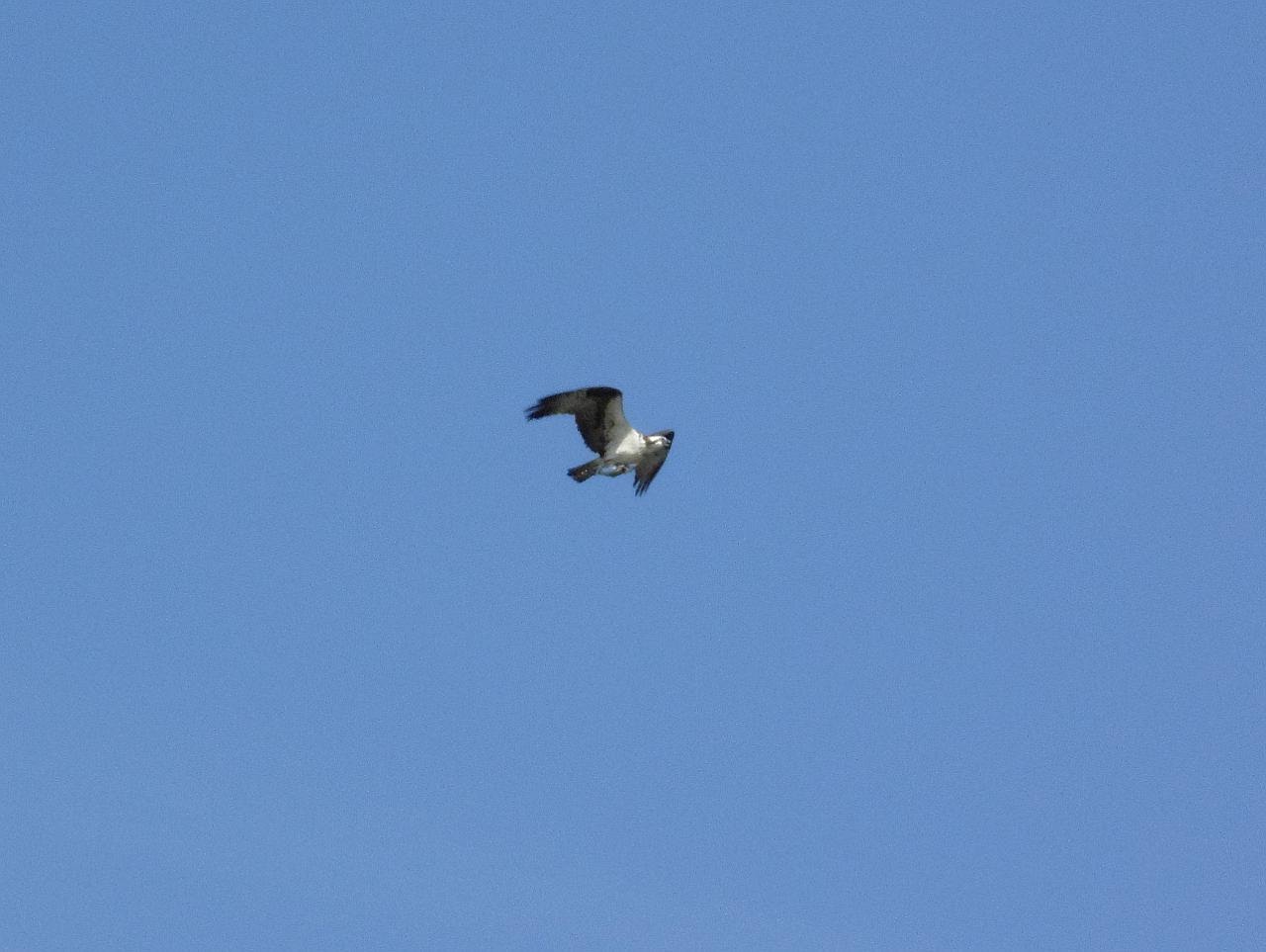 Did he steal it from an Osprey?  Probably, but this one looks like he's getting away with one, while his oppressor dines. It was a gorgeous day, 85 or so with only mild humiture. School started earlier this week, so the use of the beach is down, and even more late in the afternoon.  But there are bicycle tire tracks. 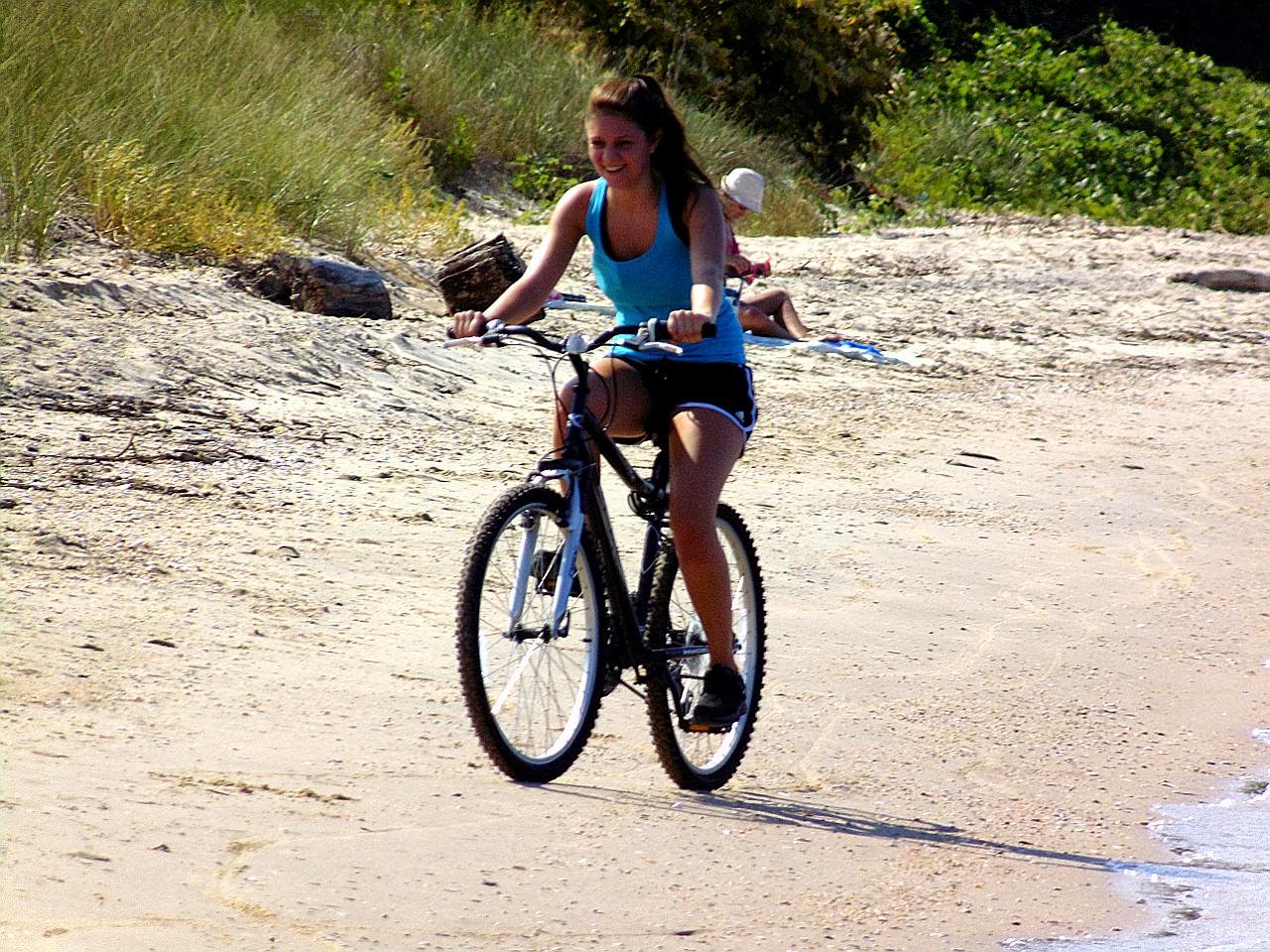 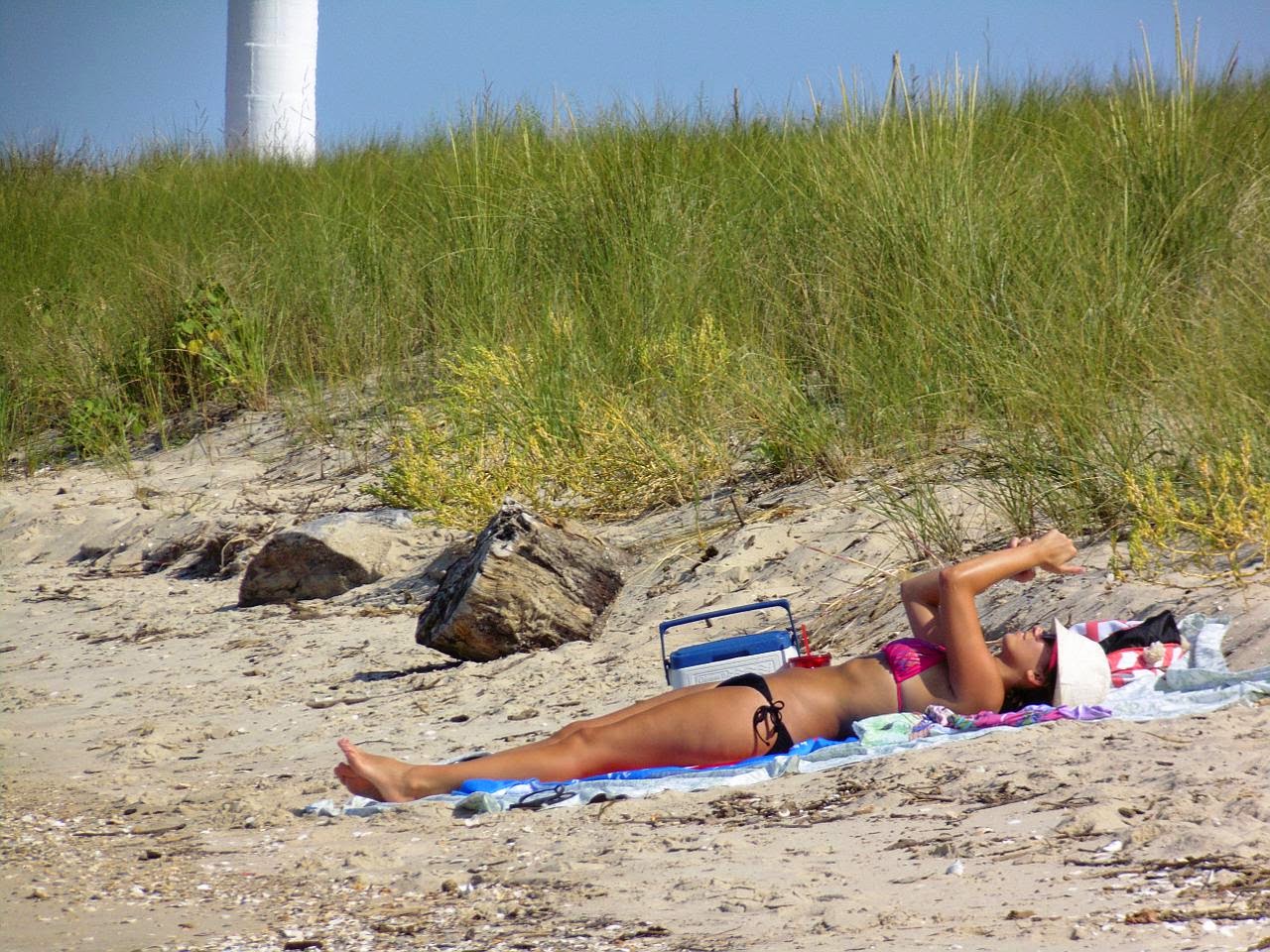 Catching the last rays before the sun goes behind the trees in the west. 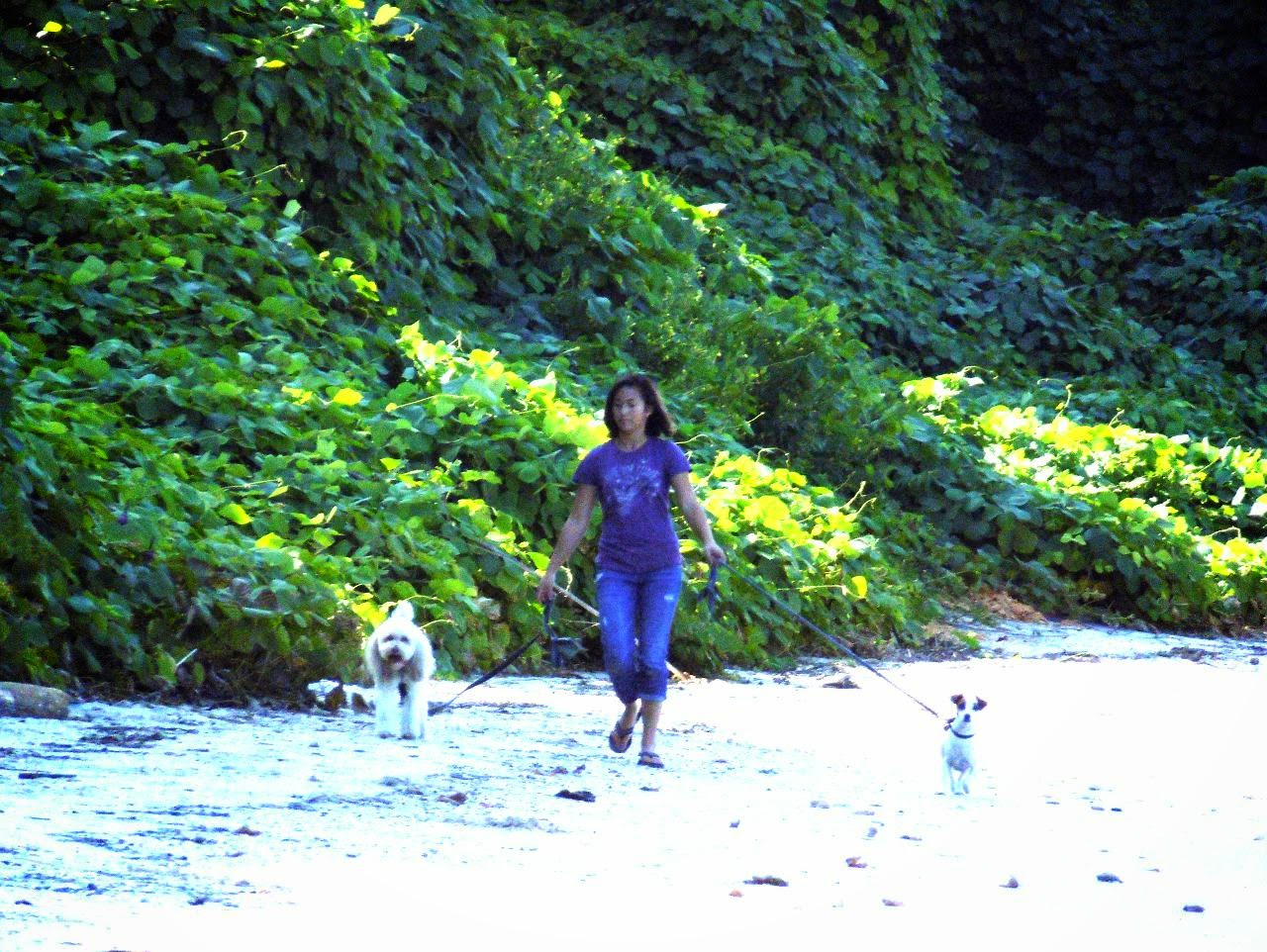 Walking the dogs in the shadows of the cliff, with the Kudzu getting ready to make its final attempt to take over the beach. It will be defeated later by salt water and frost. Say what you want about Kudzu, but right now, its green, and smells good from it blossoms Also blooming is the native Impatiens, Orange Jewelweed. Reputed to be a theraputic herb, it is definately a hyperaccumulator of certain heavy metals. 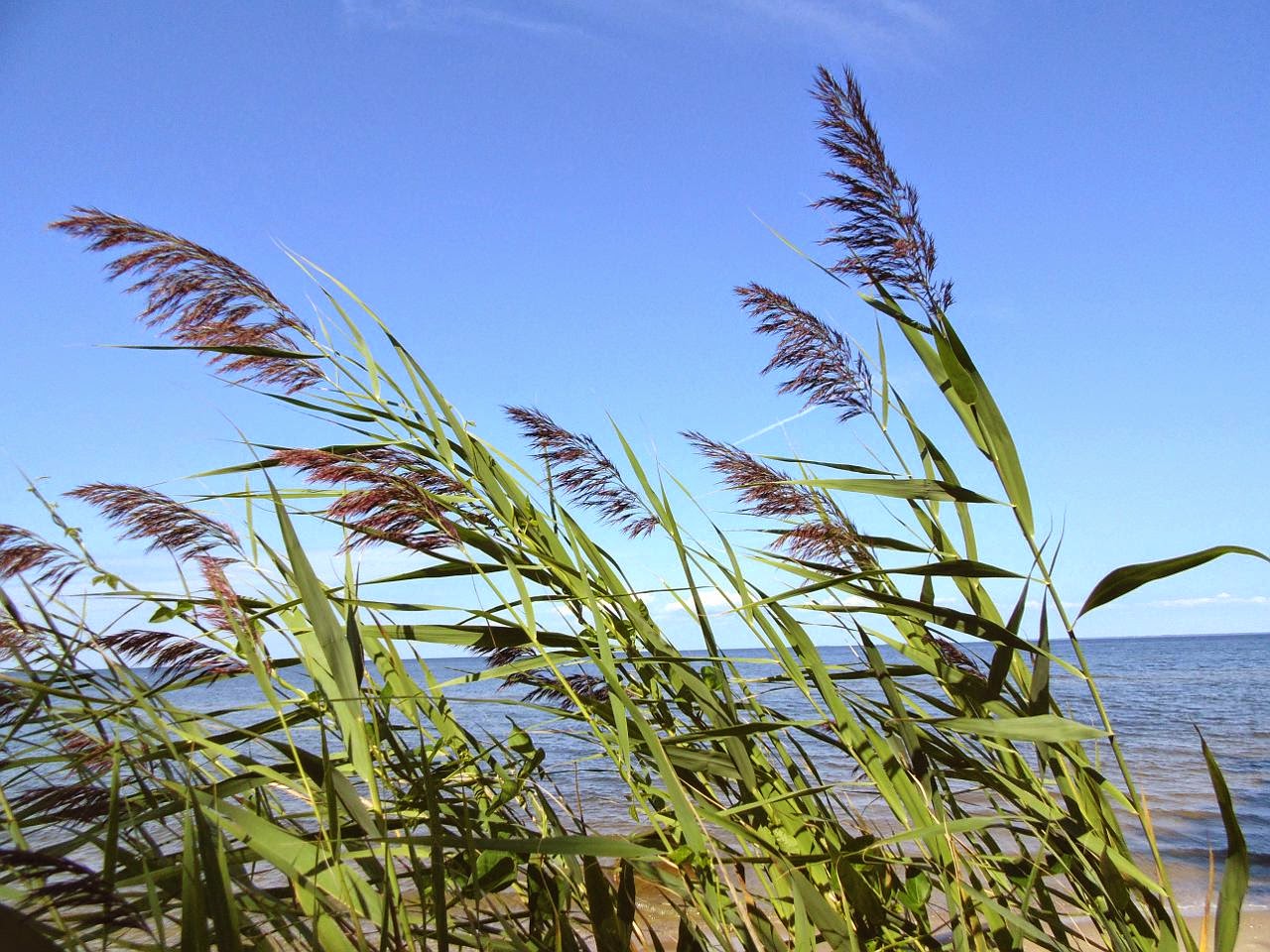 And another blooming invasive, Phragmites. This is almost certainly the invasive form from Eurasia, and not the rare and rather sickly (by comparison) native form. 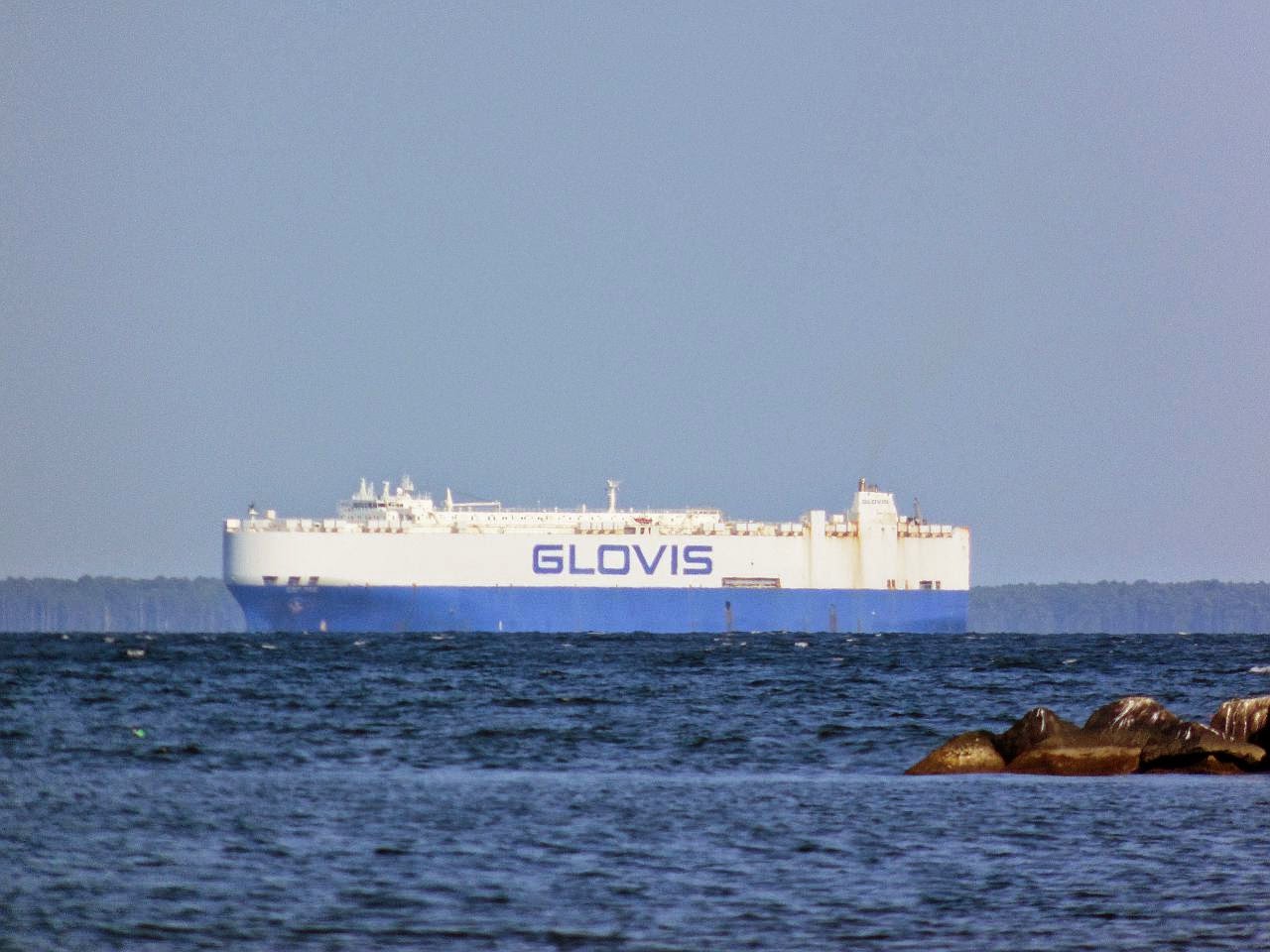 And a big one. 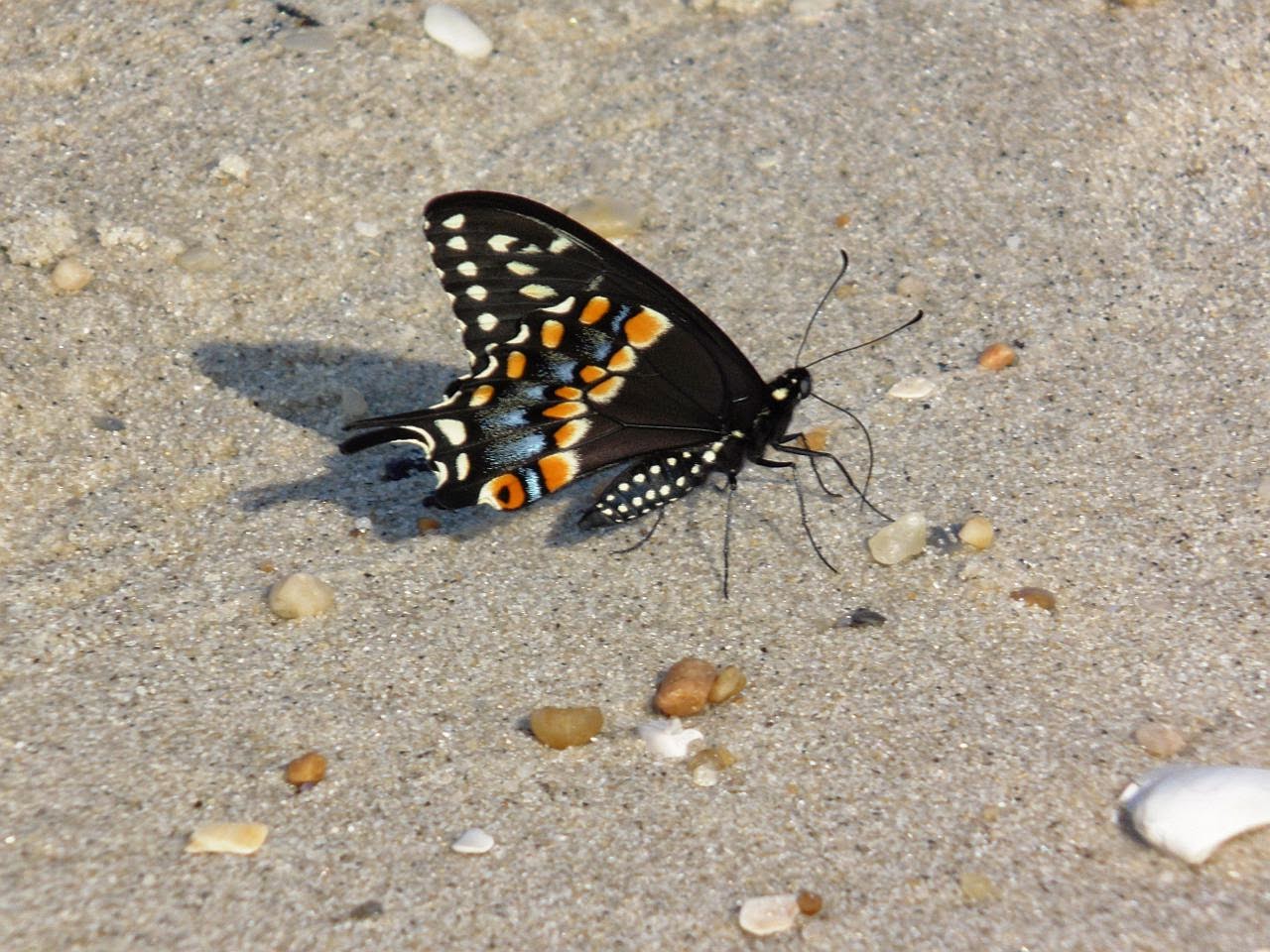 And a real bonus.  Yesterday I said I had all but one of the "blue and black" butterflies in the area? Today I can say I have the full set, with the sighting of this male Black Swallowtail. Note the double row of orange spots, and the crowding of the upper row. Like the Spicebush Swallowtail, and unlike the black morph female Eastern Tiger Swallowtail, the black body has yellow spots. 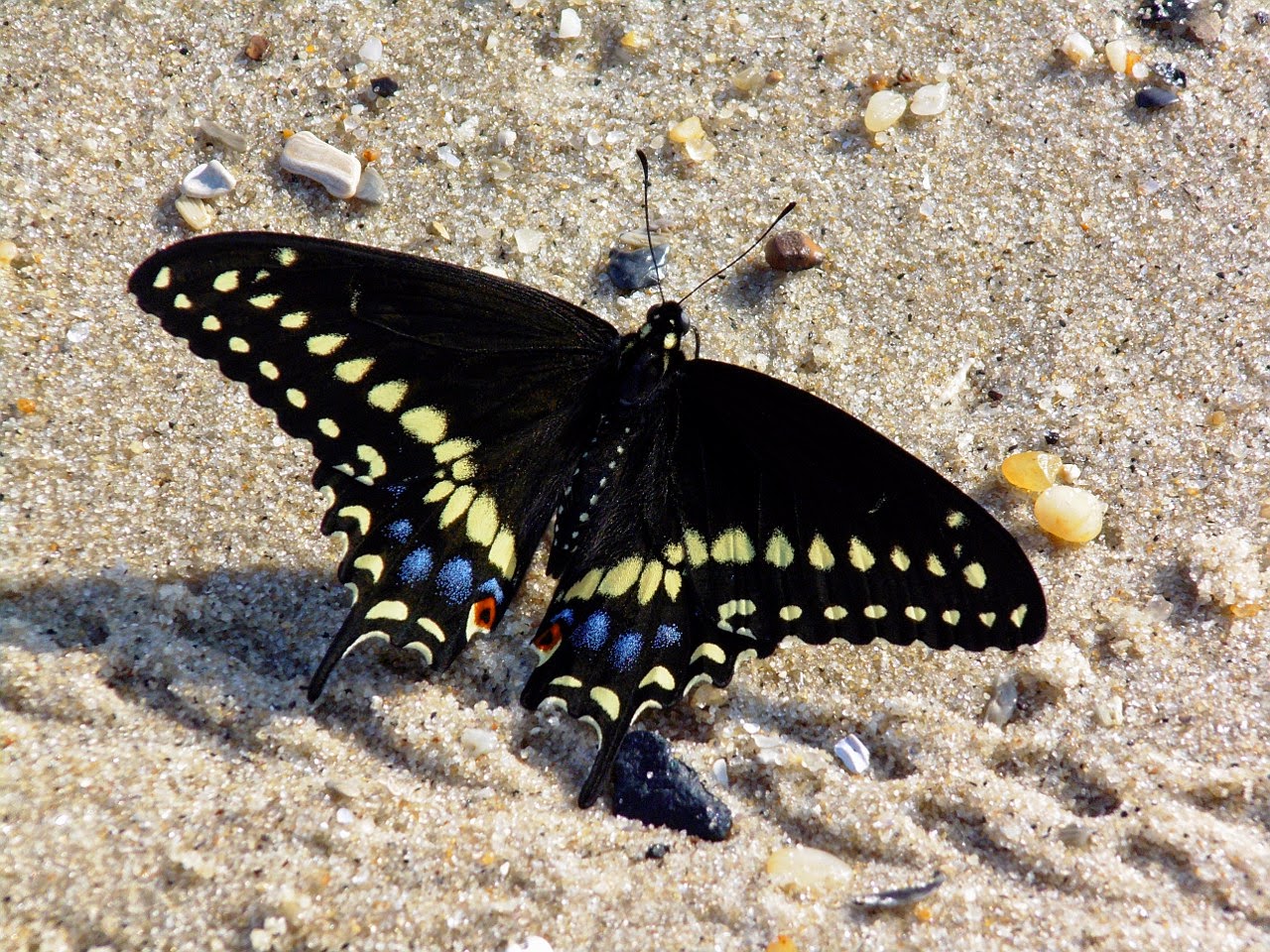 From the top, the males have the distinctive row of yellow spots, with the upper row being very bold.  Both sexes have the red spot on the rear as a true bullseye, black surrounded by red and yellow.  The blue spots on the rear wings are brighter than in the Spicebush, and much greater in area in the females. Credit to Georgia for spotting it when I had my head down. Oh yeah, she also found more shark' teeth than I, 4:2.
Posted by Fritz at 7:00 PM