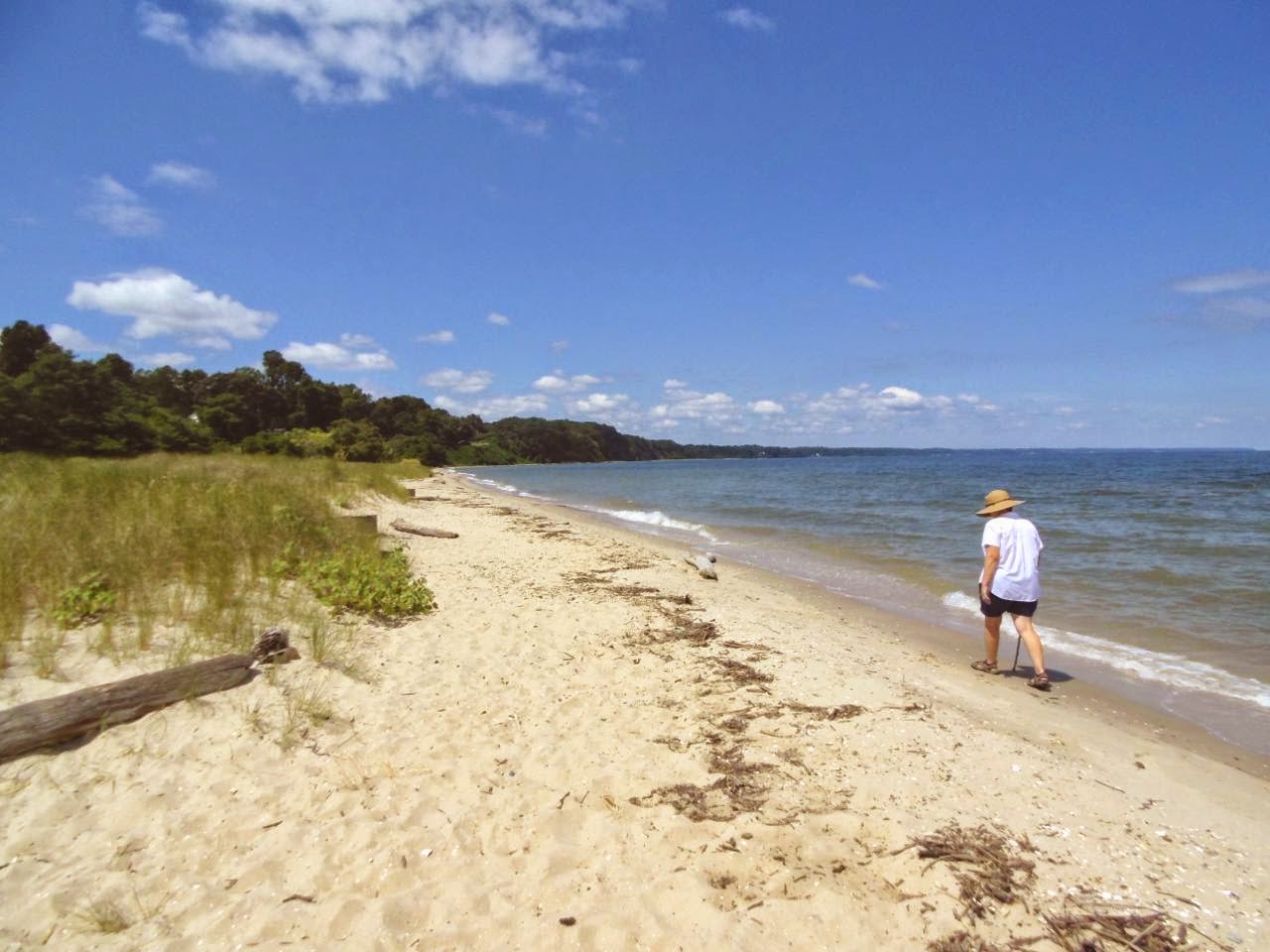 We keep having totally unseasonably cool weather in Southern Maryland, and that's a good thing.  It was sunny, with puffy clouds, in the mid 70s, not humid, and a touch breezy. We hit the beach after a light lunch, trying to get what passes for low tide these days (I can't say why, exactly but "bay" level has been up a bit the last few days. 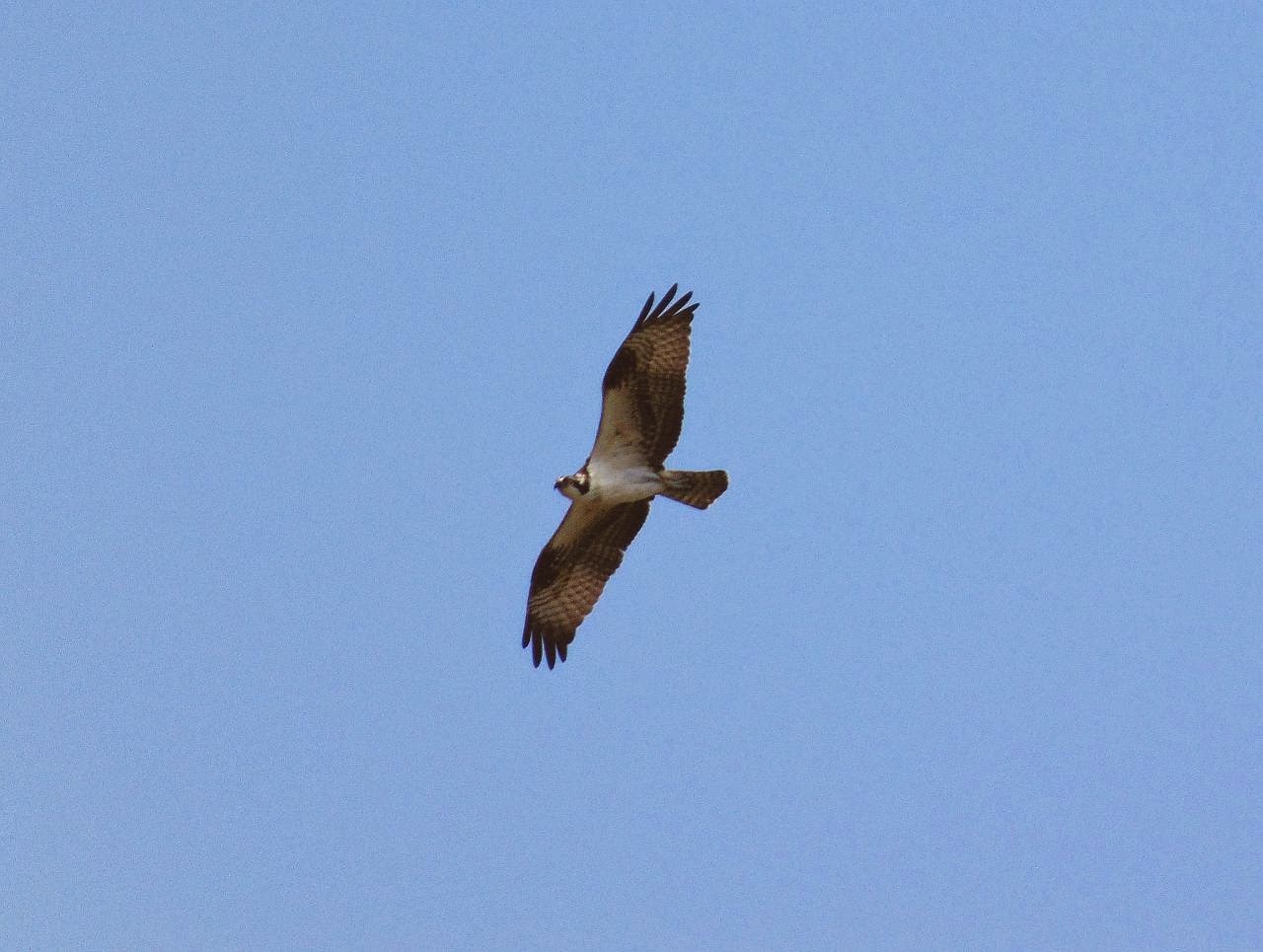 With the summer days waning away, the Ospreys are out hunting constantly it seems.  The chicks must be big enough to require a lot of fish. 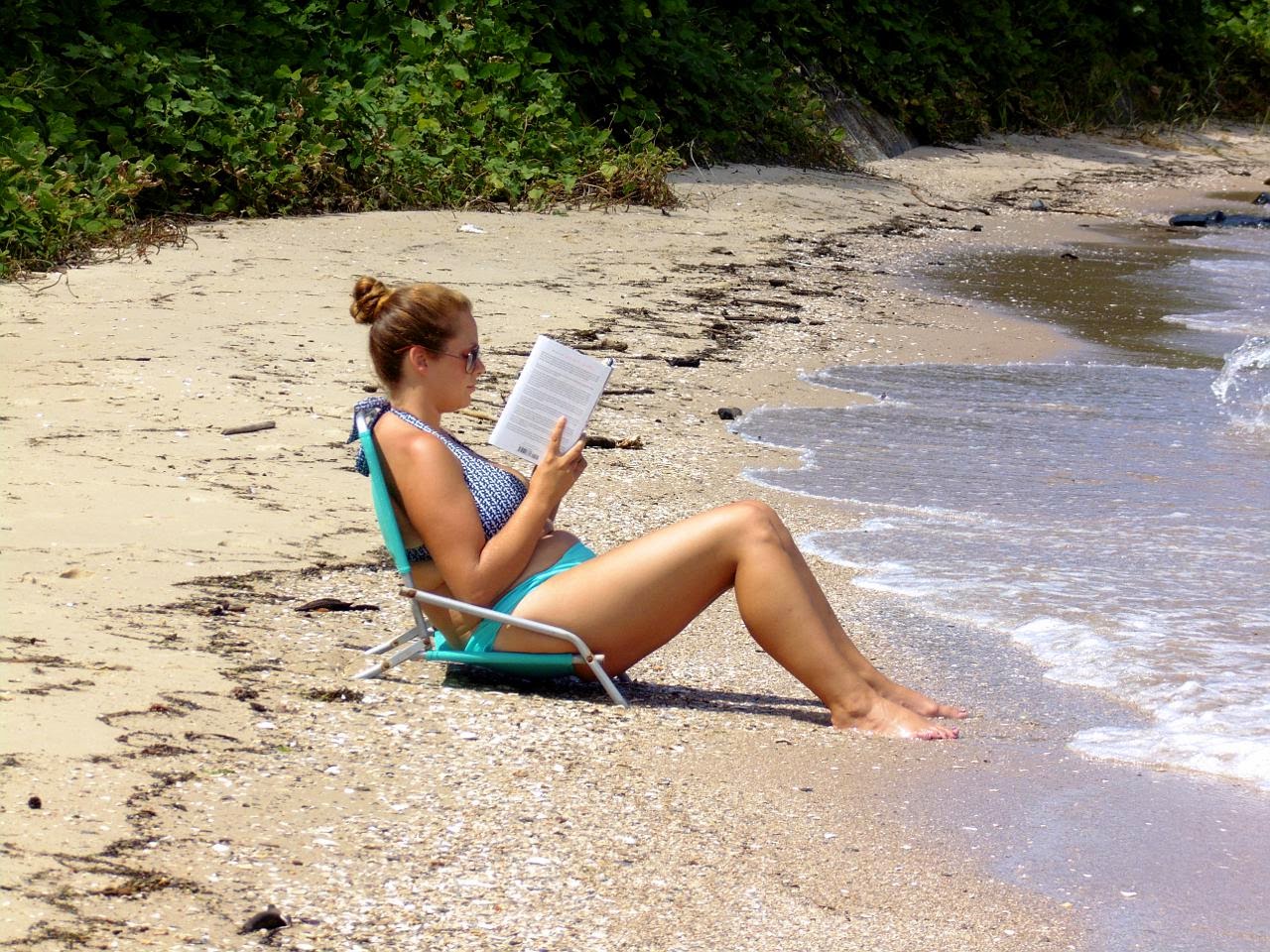 Others are just combining a love of sun with a love for reading. That'll become a little harder come November and December. 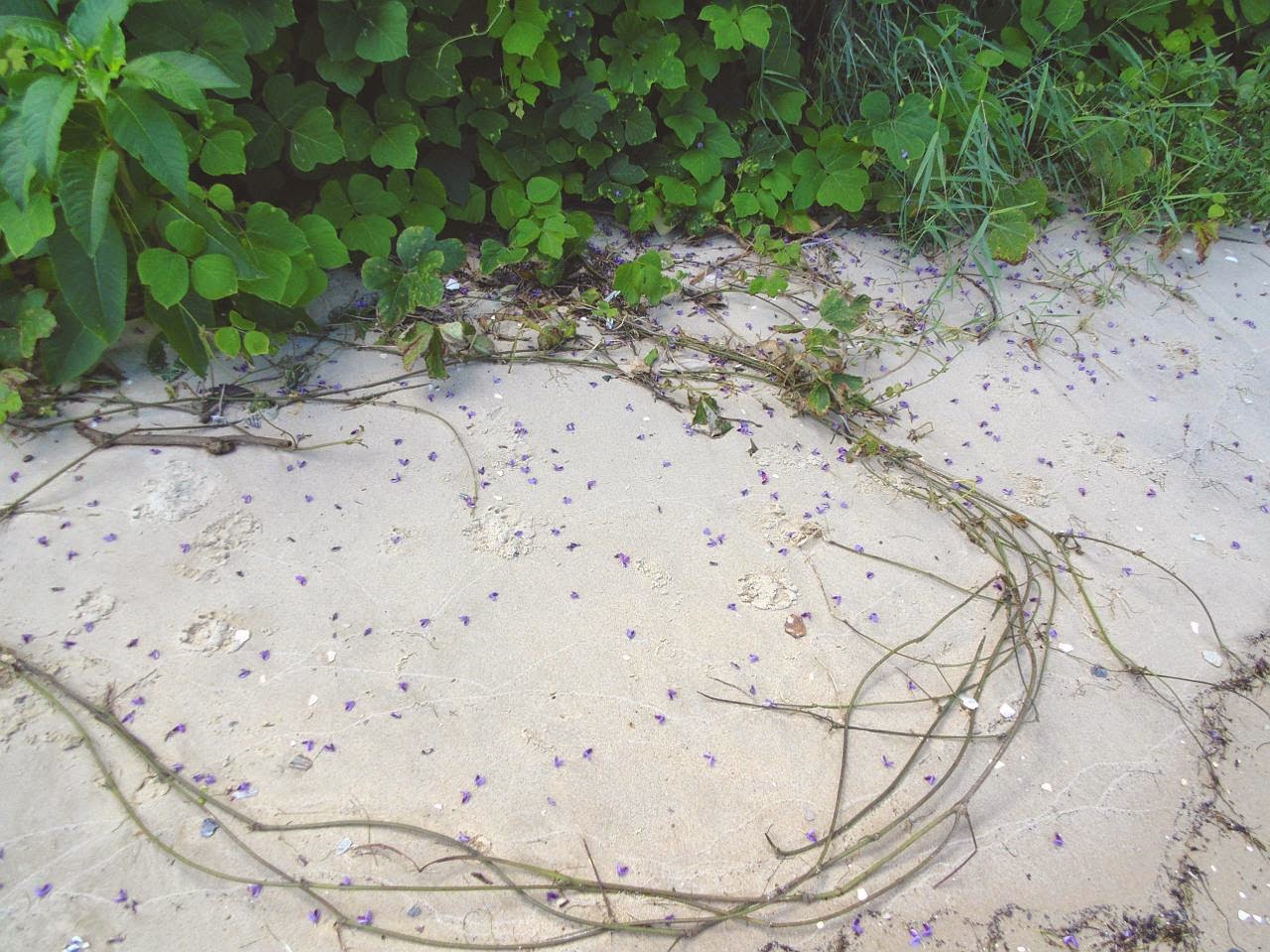 The high water is turning the Kudzu back on the beach, while it's fallen purple flower add a bit of color. 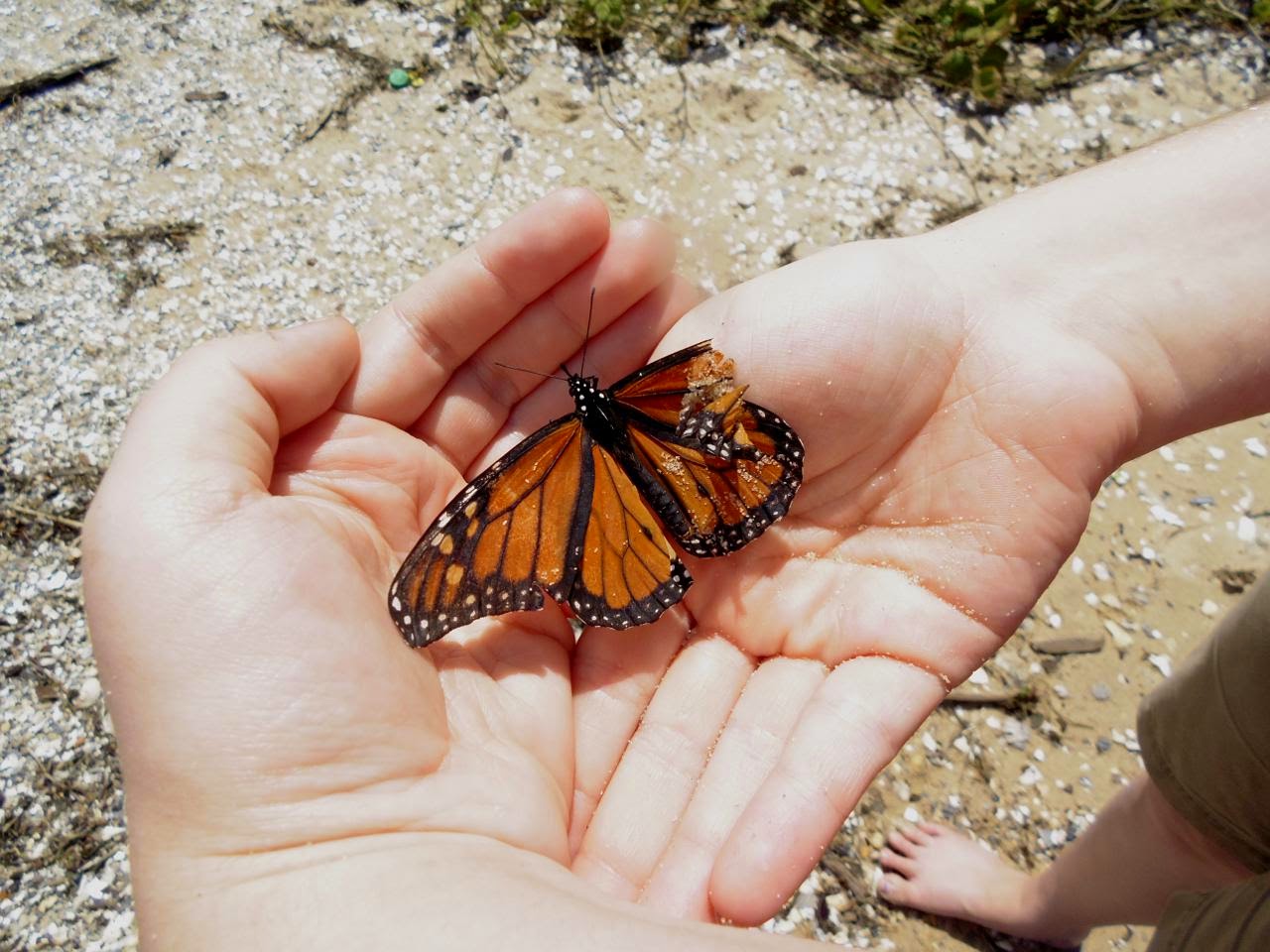 A girl and her grandmother came by, holding a Monarch that they had rescued from the surf.  It was still alive. I suggested they put it in a sheltered place in the Kudzu to dry off, and maybe it would be able to fly off and complete it's business (mating and sending offspring further south) 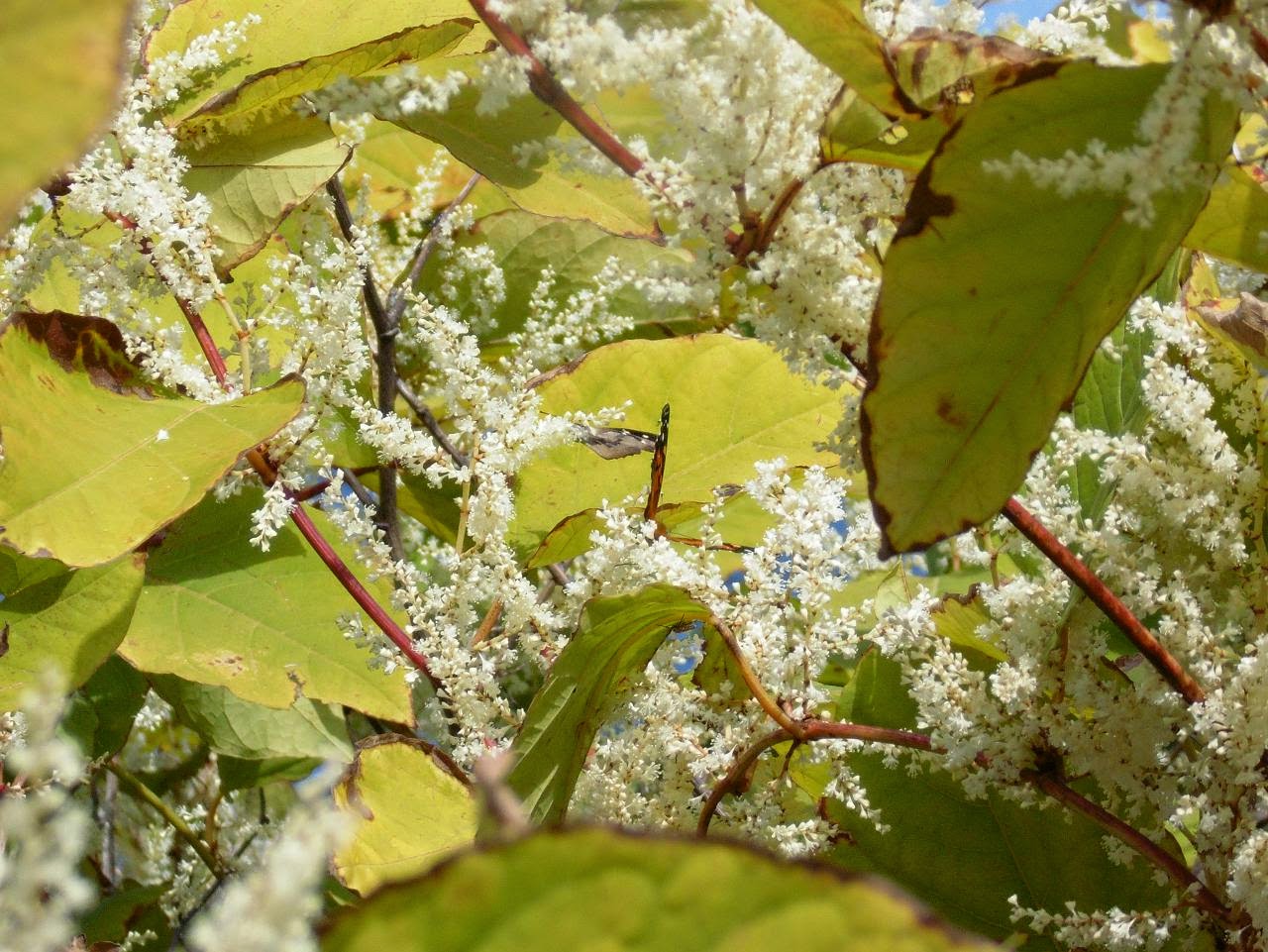 I stopped at a bush that I have yet to be able to identify to look for butterflies.  Once I got to the back side, sunny and away from the onshore wind, I found a bunch, six different species, and host of other flies, bees and wasps visiting. In this photo are an all American line up, the American Snout, and the American Lady. They're hard to see, but their there. 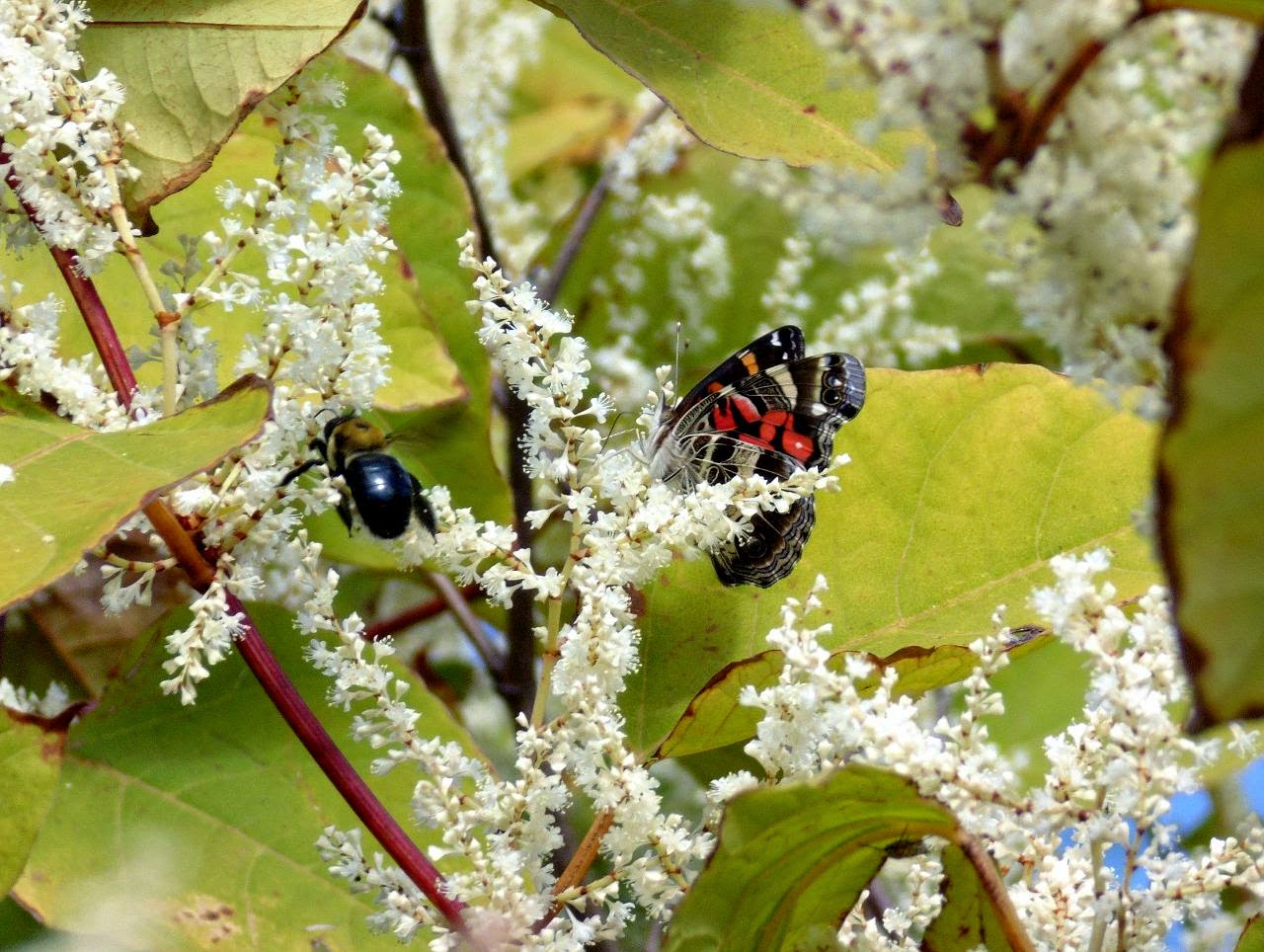 A better shot of the American Lady, with a Bumble Bee. 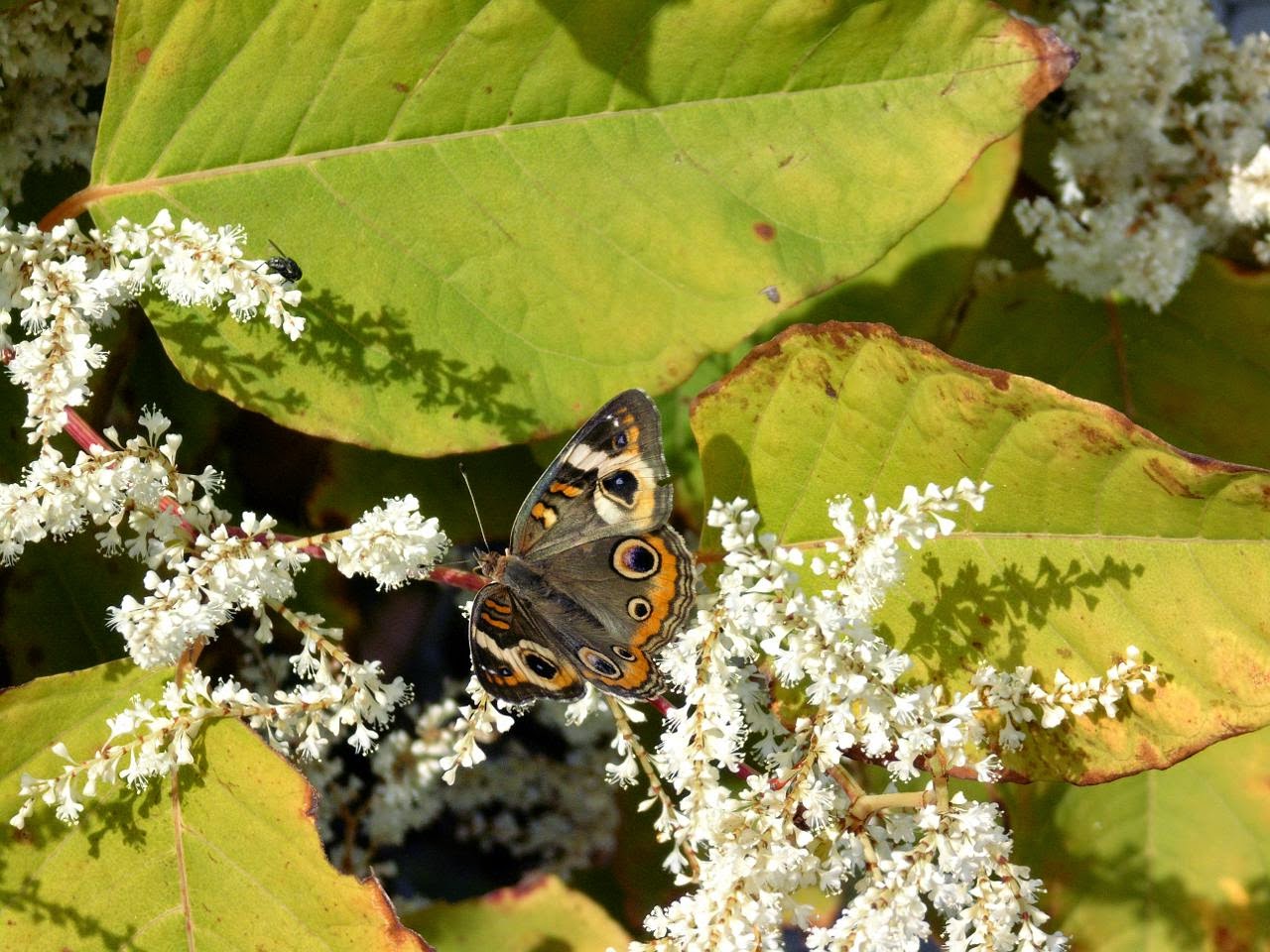 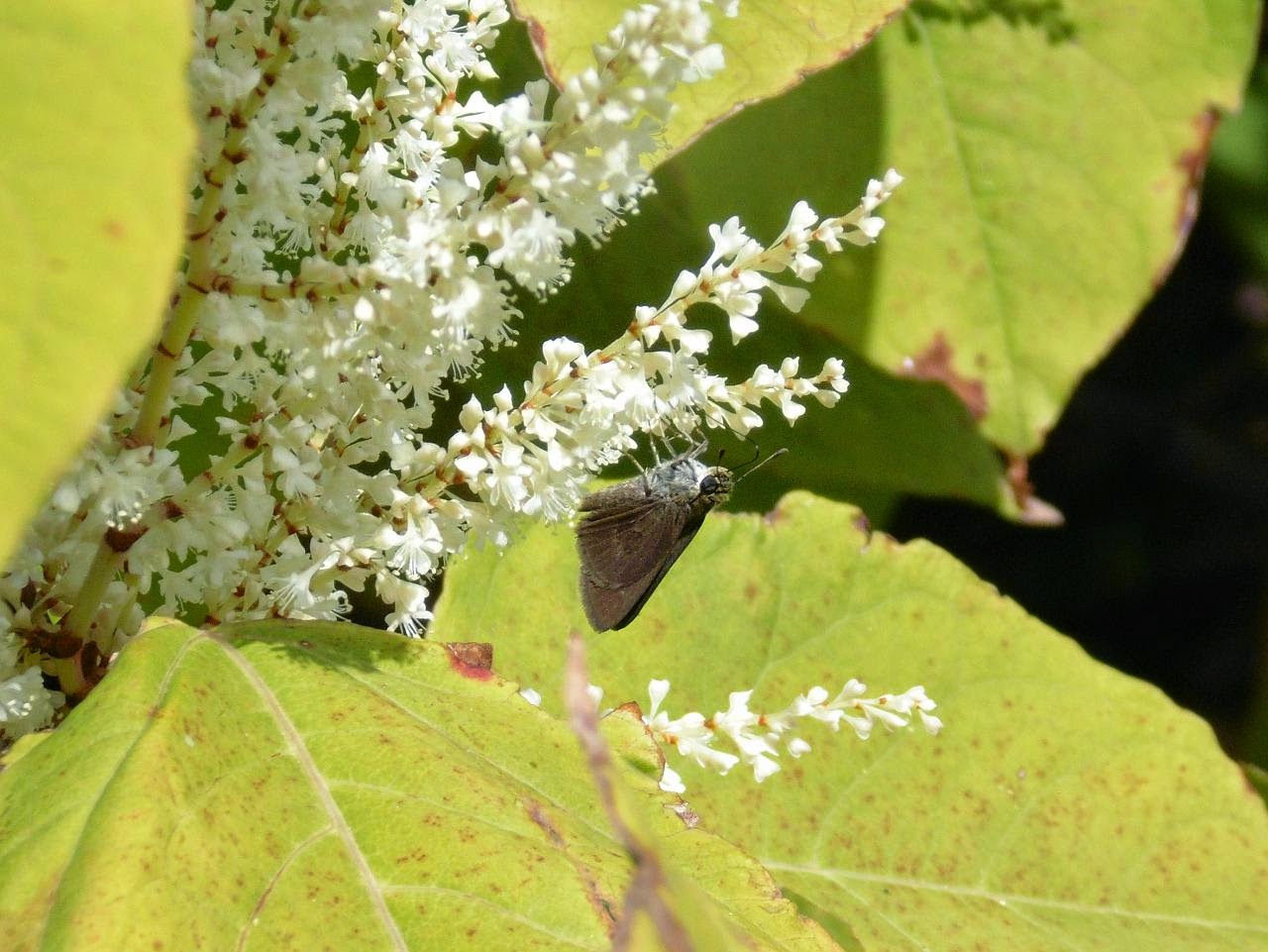 Some darned little skipper.  Have I seen it before? Maybe. . . 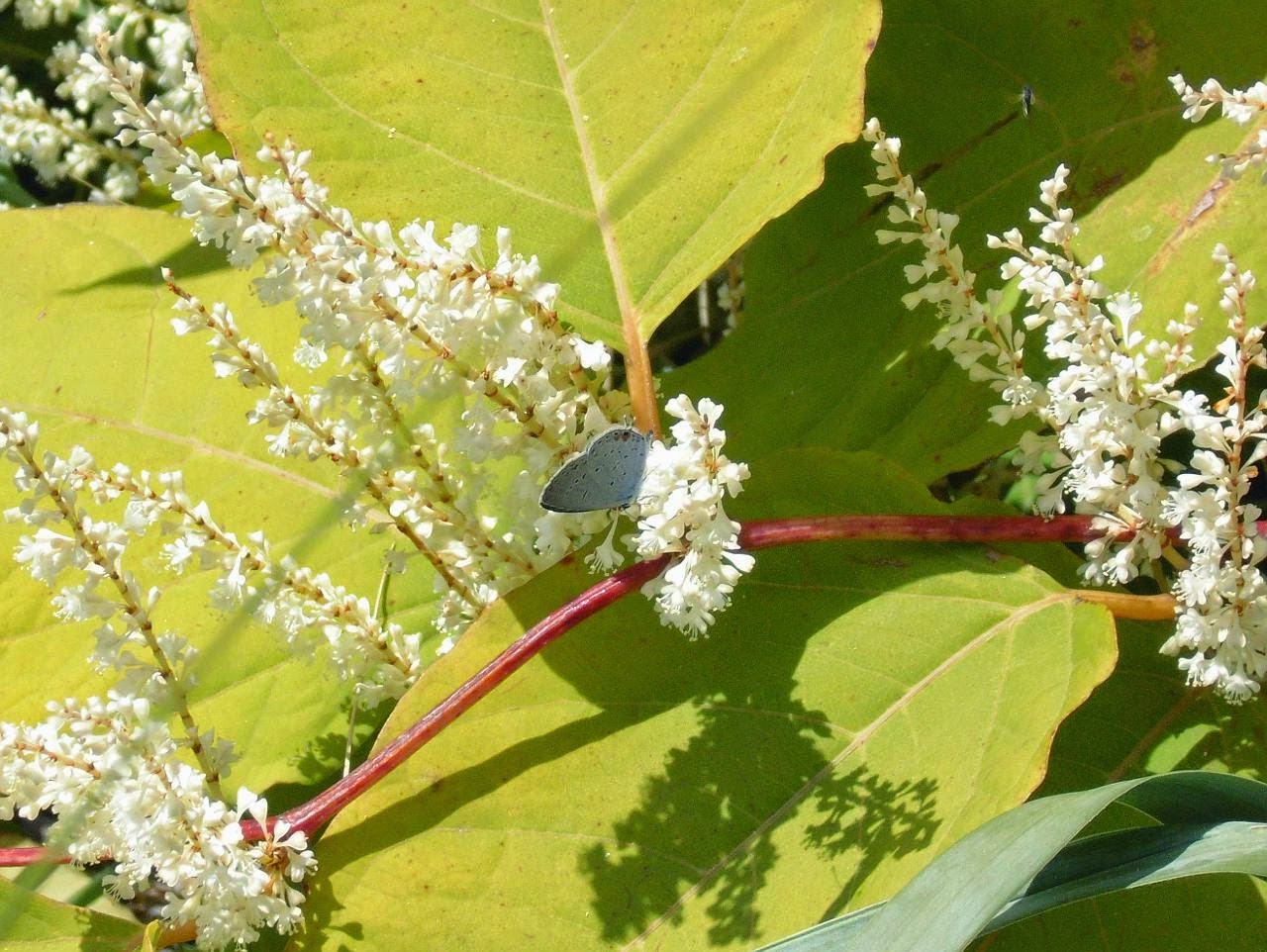 An Eastern Tailed Blue. There was also a tattered Horace's Duskywing, but the picture didn't focus well. 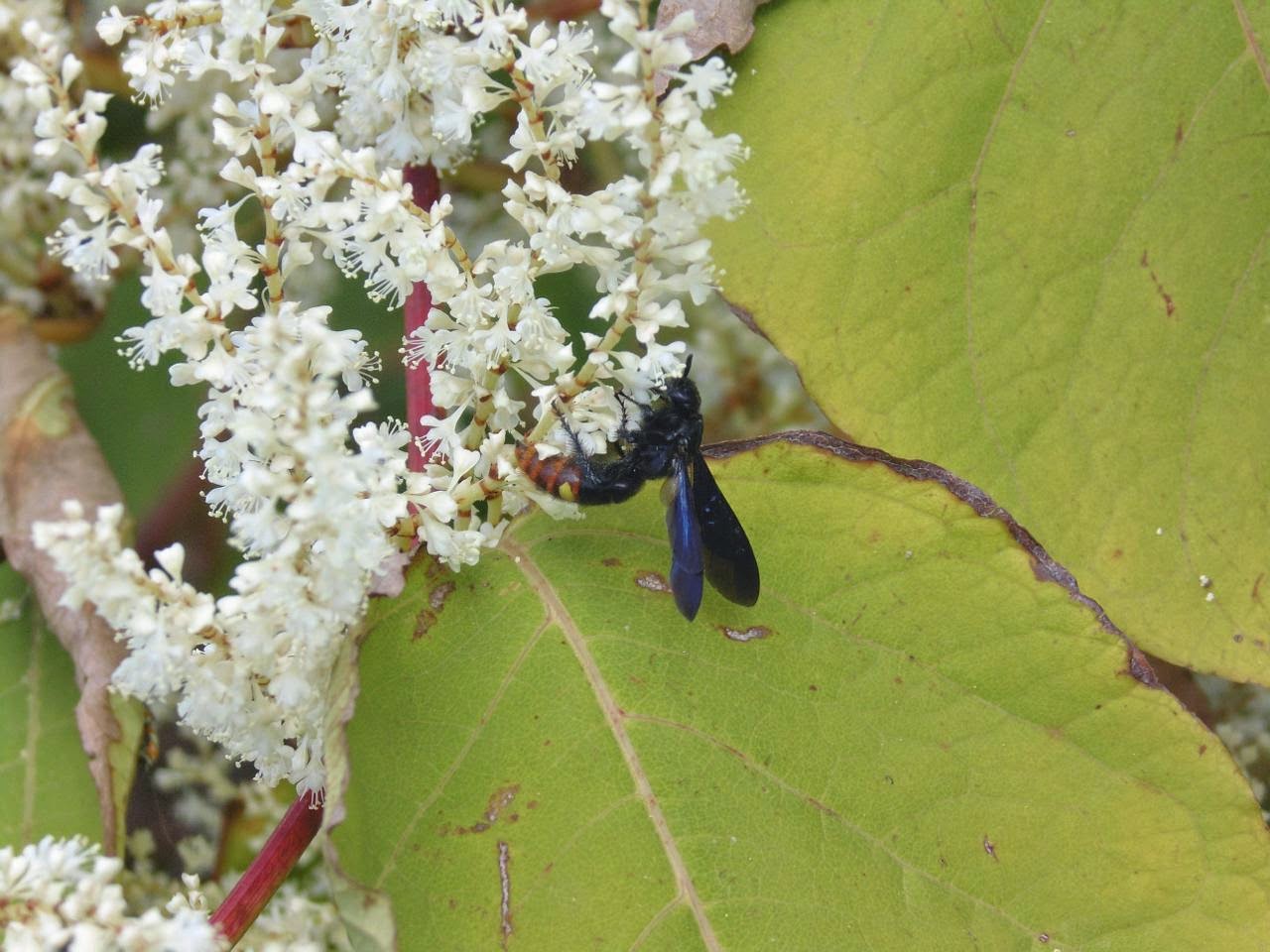 A strange wasp. Pretty, but do they sting?  They seemed more worried about getting nectar than any threat from me. 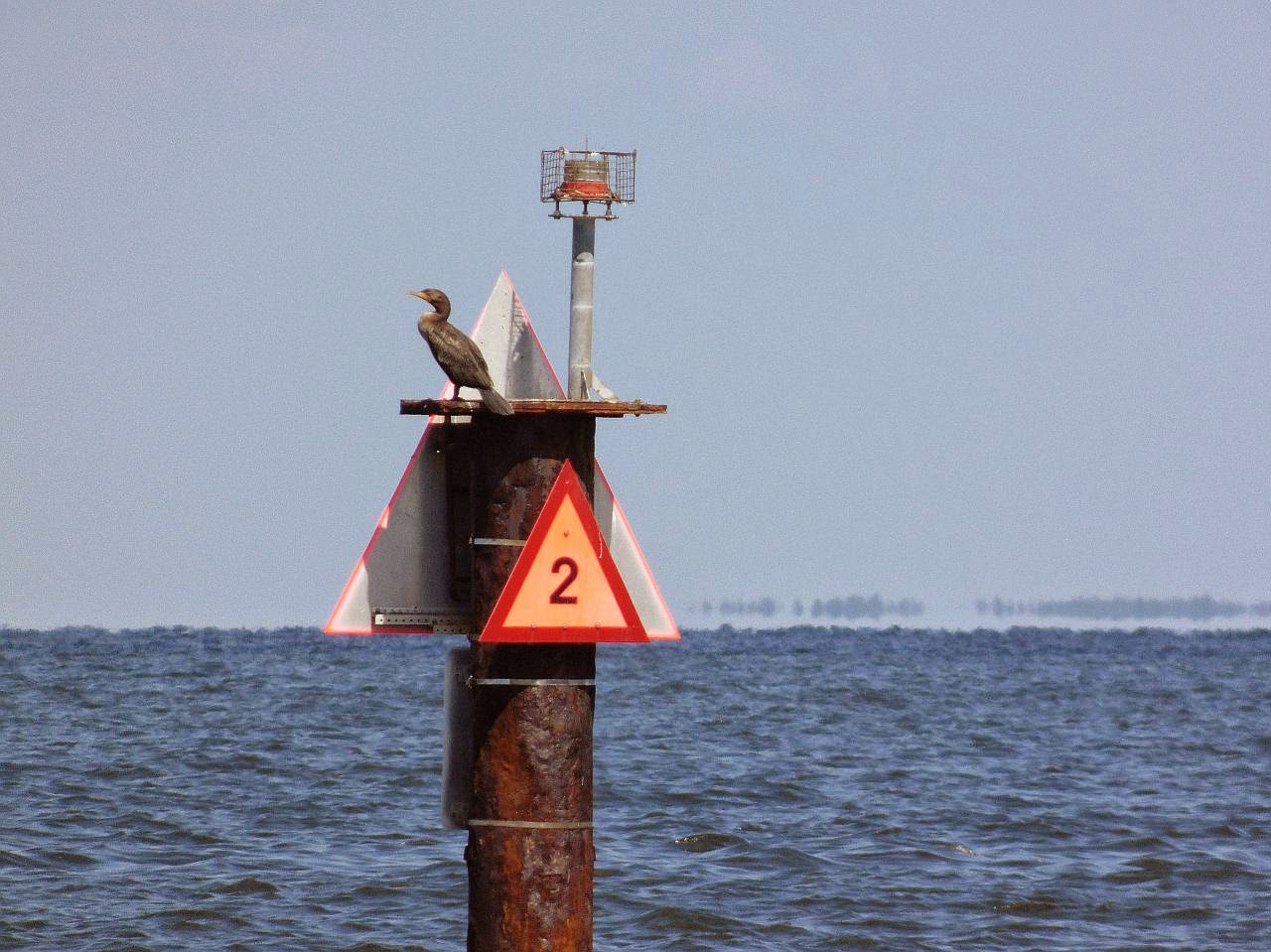 Perhaps Mr. Lonely had bowed to reality, and given up his quest to build a nest on the red marker at last.
Posted by Fritz at 7:11 PM