I Almost Have the Complete Set. . . 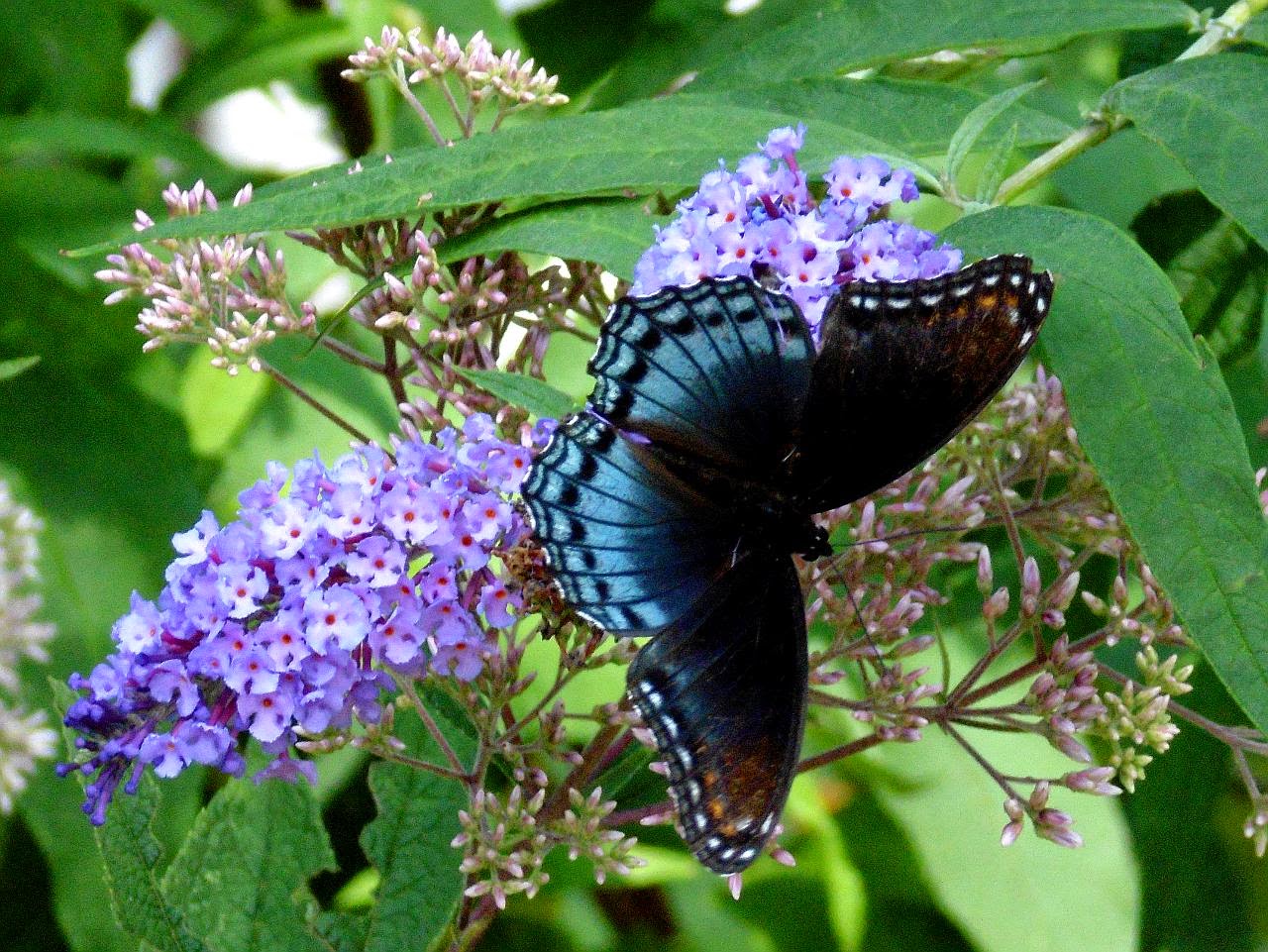 . . . of black and blue butterflies for the Southern MD region for 2014

I went out to check the Butterfly Bush this morning and found this Red Spotted Purple. This was the last of the "black and blue" butterflies to be found in 2014. In the past 2 years, it's been irregular visitor to both the garden and the beach. 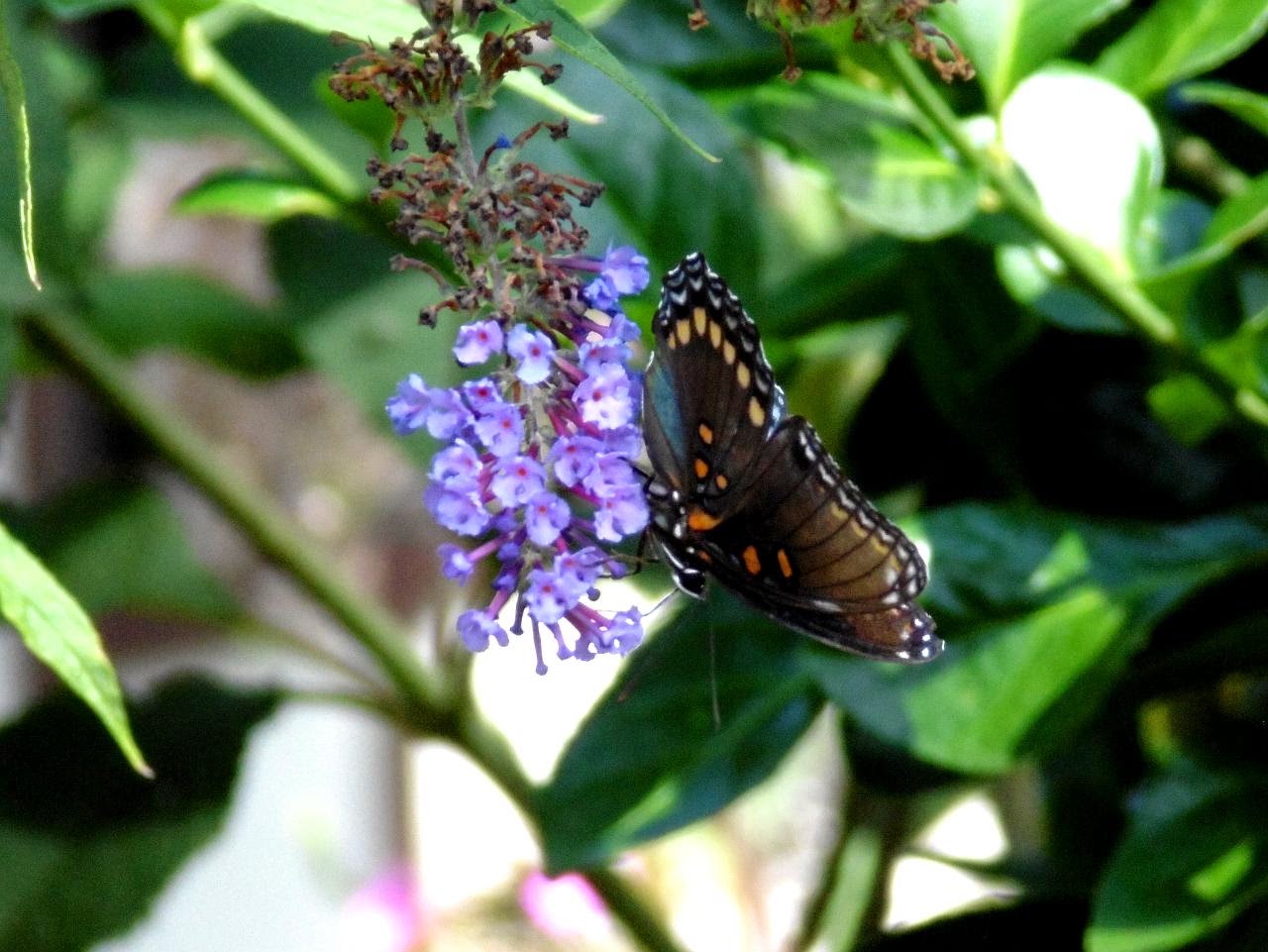 A shot showing the underside:

Who are the remaining members of the group? 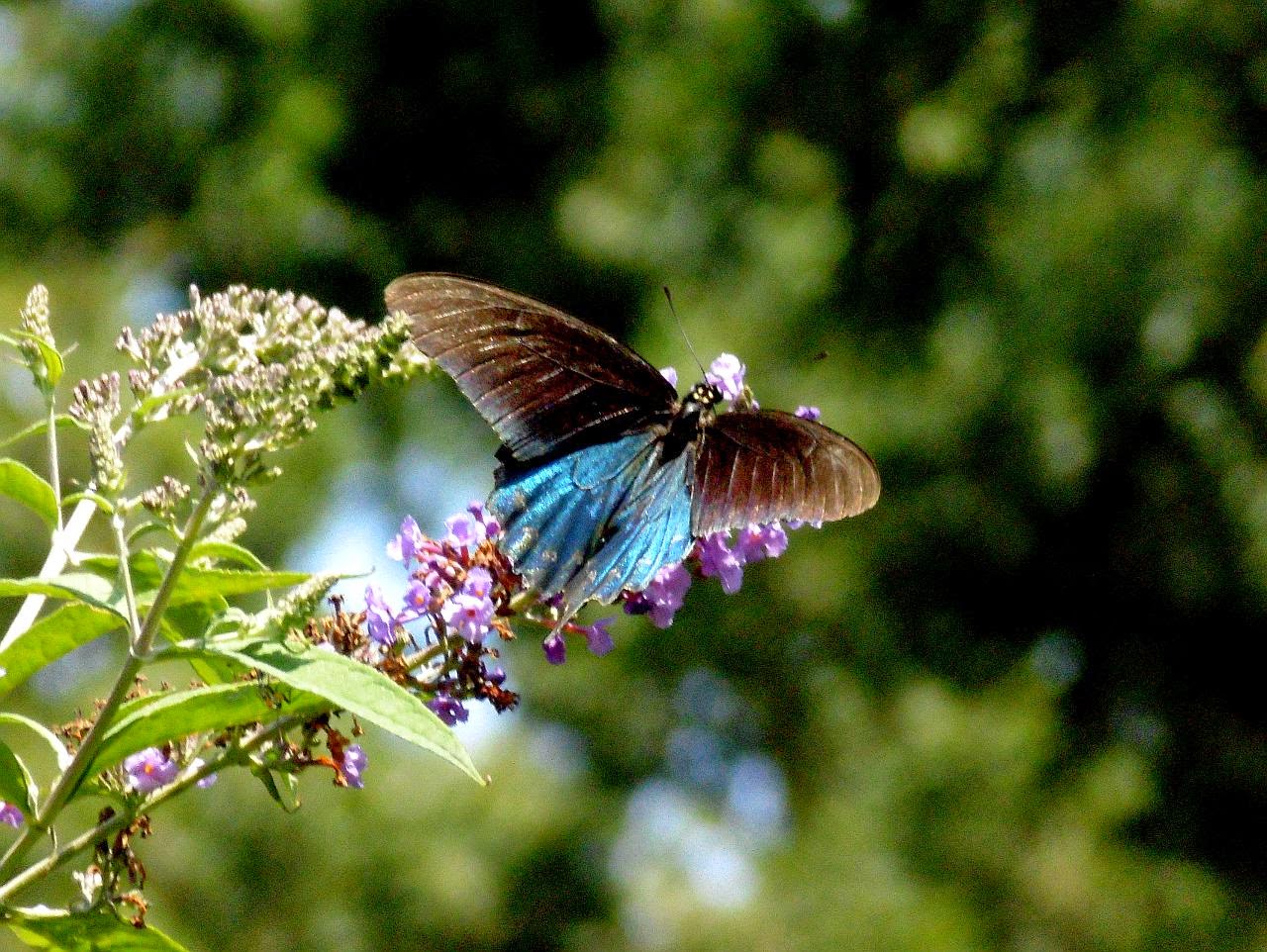 The first to be listed must be the Pipevine Swallowtail, reputed to be the reason for several other species here, and around the country, to evolve similar color patterns, presumably for predators like birds to avoid ingesting foul tasting and toxic butterflies like the Pipevine. 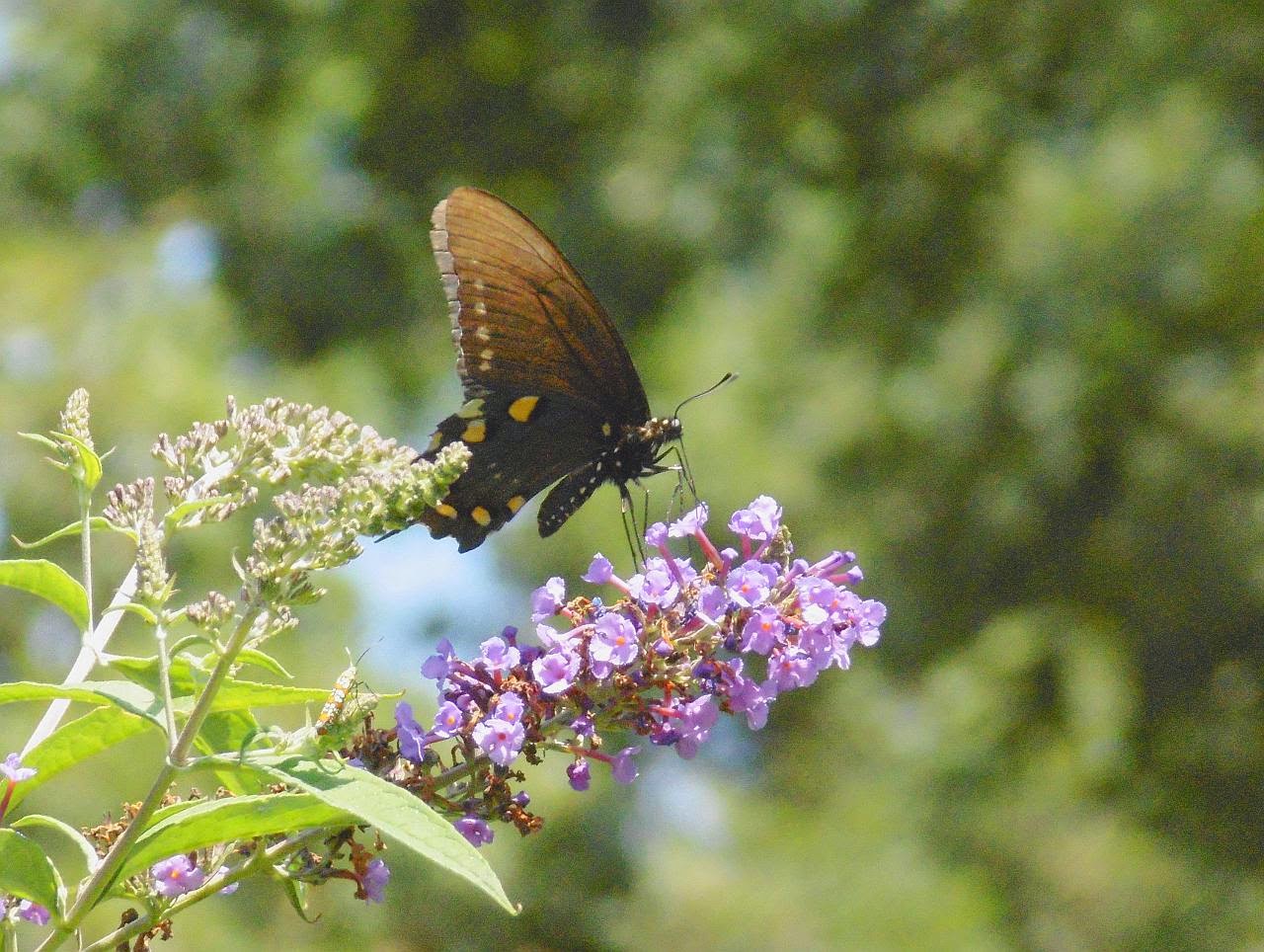 Another shot of the Pipevine Swallowtail that visited recently, showing the yellow orange spots on the underside, that all these butterflies have as well. 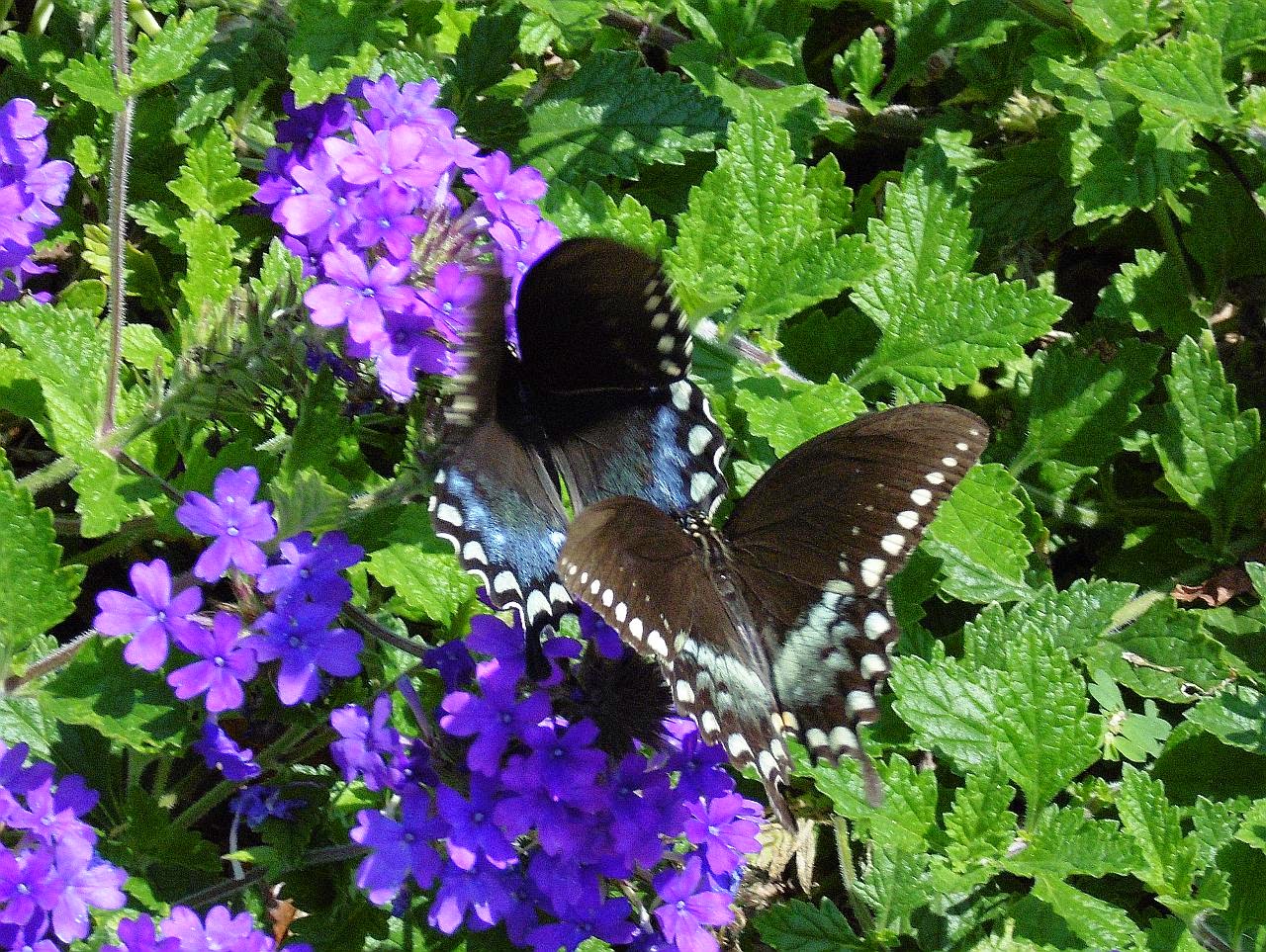 A male and female Spicebush Swallowtail. The male has a greener field on the back compared to the female's blue. You might also be able to guess what is on the male's agenda. . . 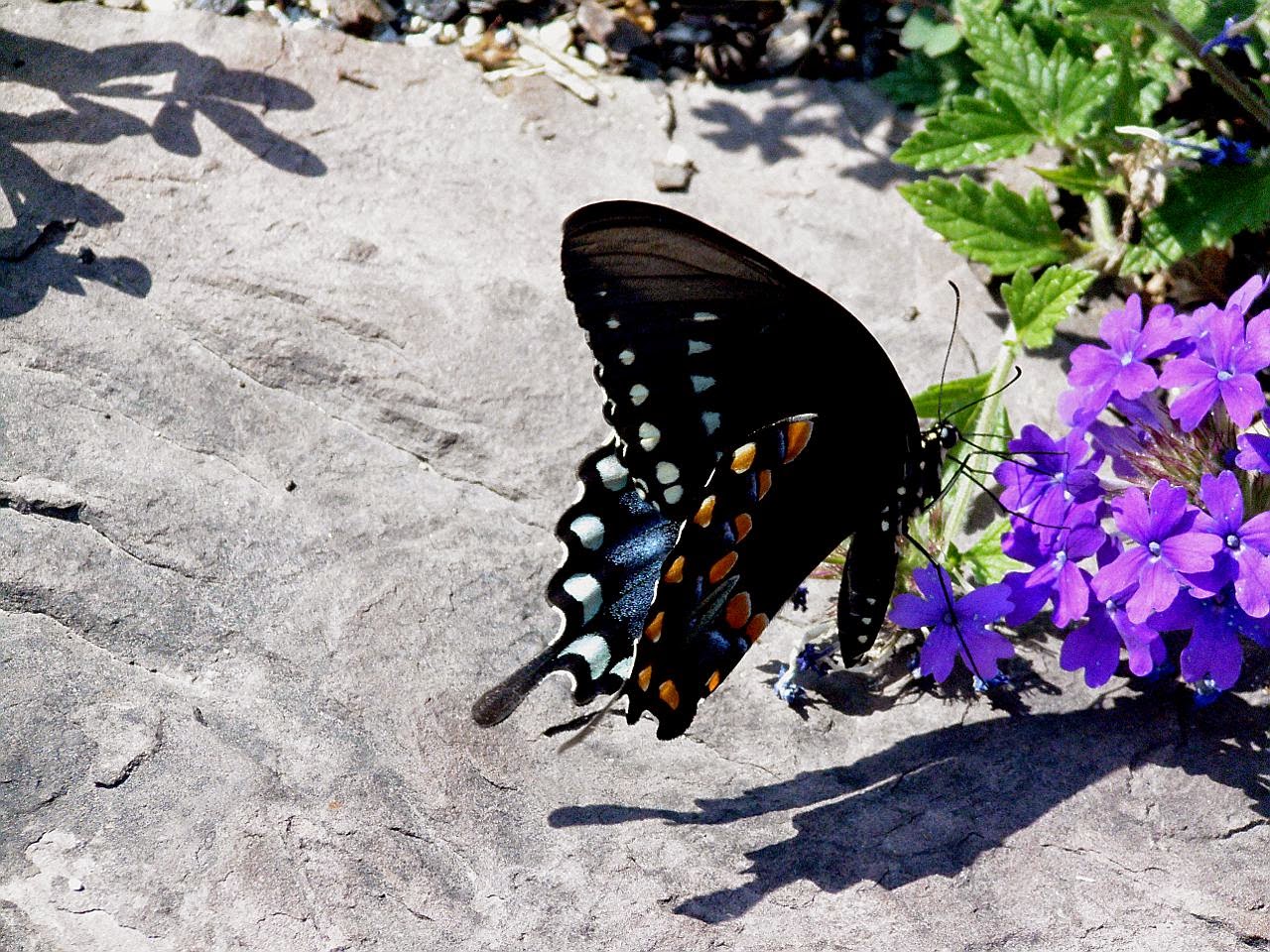 And the Spicebush from below, showing a double rank of orange markings, and the "comet" mark, basically a failed orange dot, that is is easiest field mark. 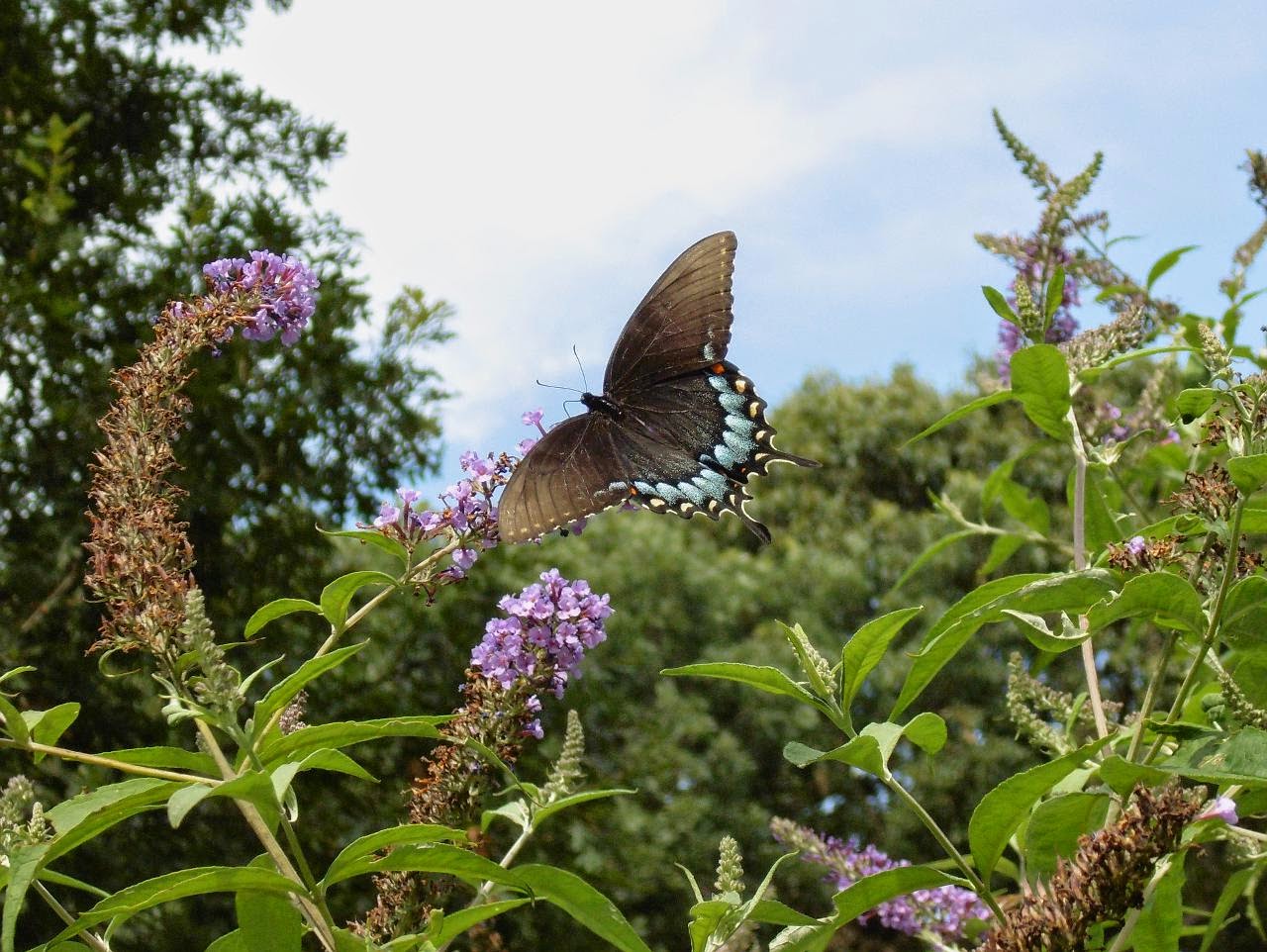 And last, the black morph of the Eastern Tiger Swallowtail. Curiously, in this species, only some of the females only have the black and blue pattern; all the males and many of the females are yellow where these are black. According to the internet, the percentage of black females is related to the likelihood of encountering a Pipevine Swallowtail in the vicinity. 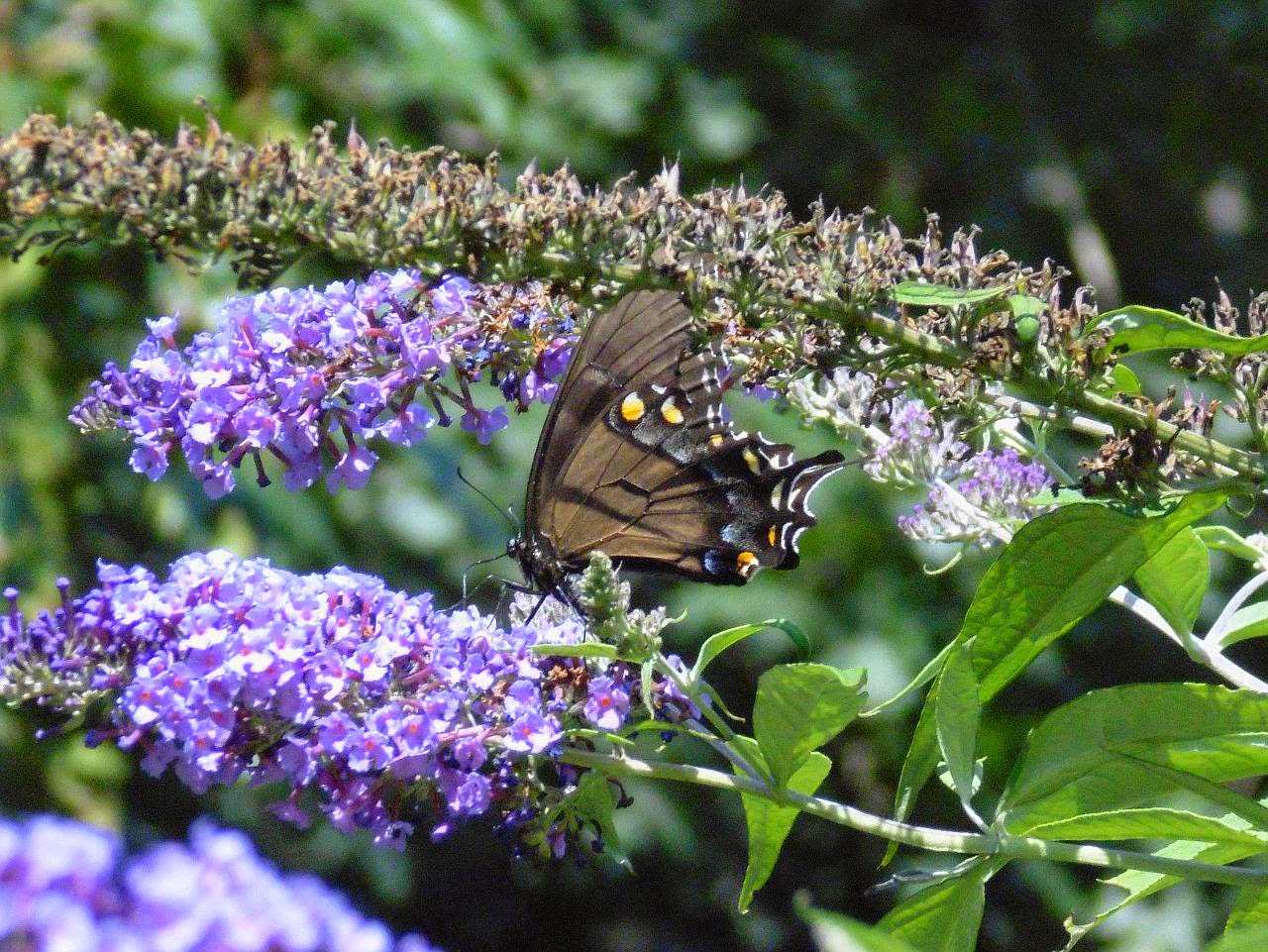 The underside of the wings of a female black tiger.  showing the single row (sort of) of yellow orange spots, and the tiger stripe clearly visible as in the wing, as what would be yellow on the "normal" female tiger has become a dark brown: 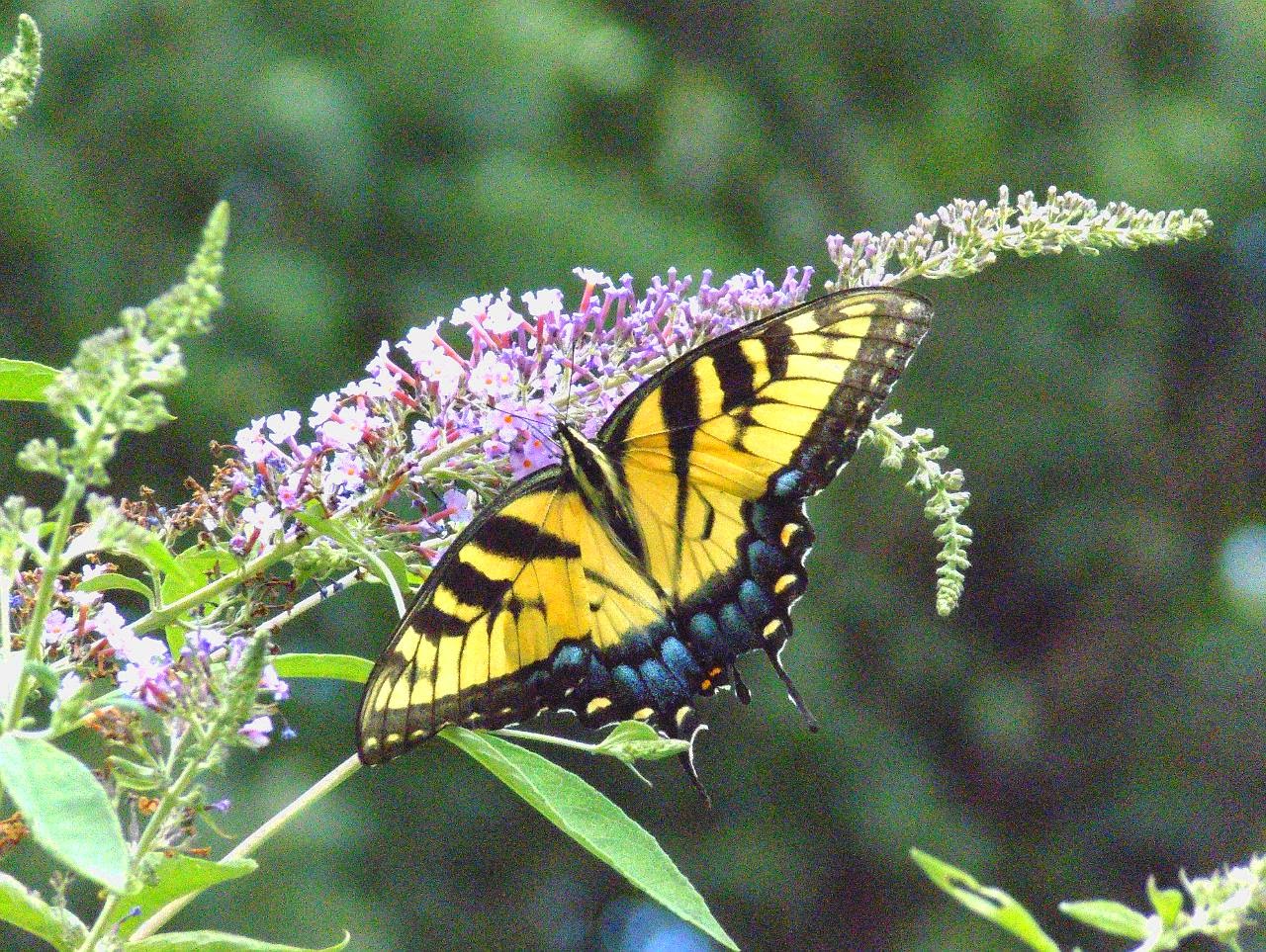 A female Eastern Tiger Swallowtail in the normal yellow phase. The males have much less blue on the hind wings. 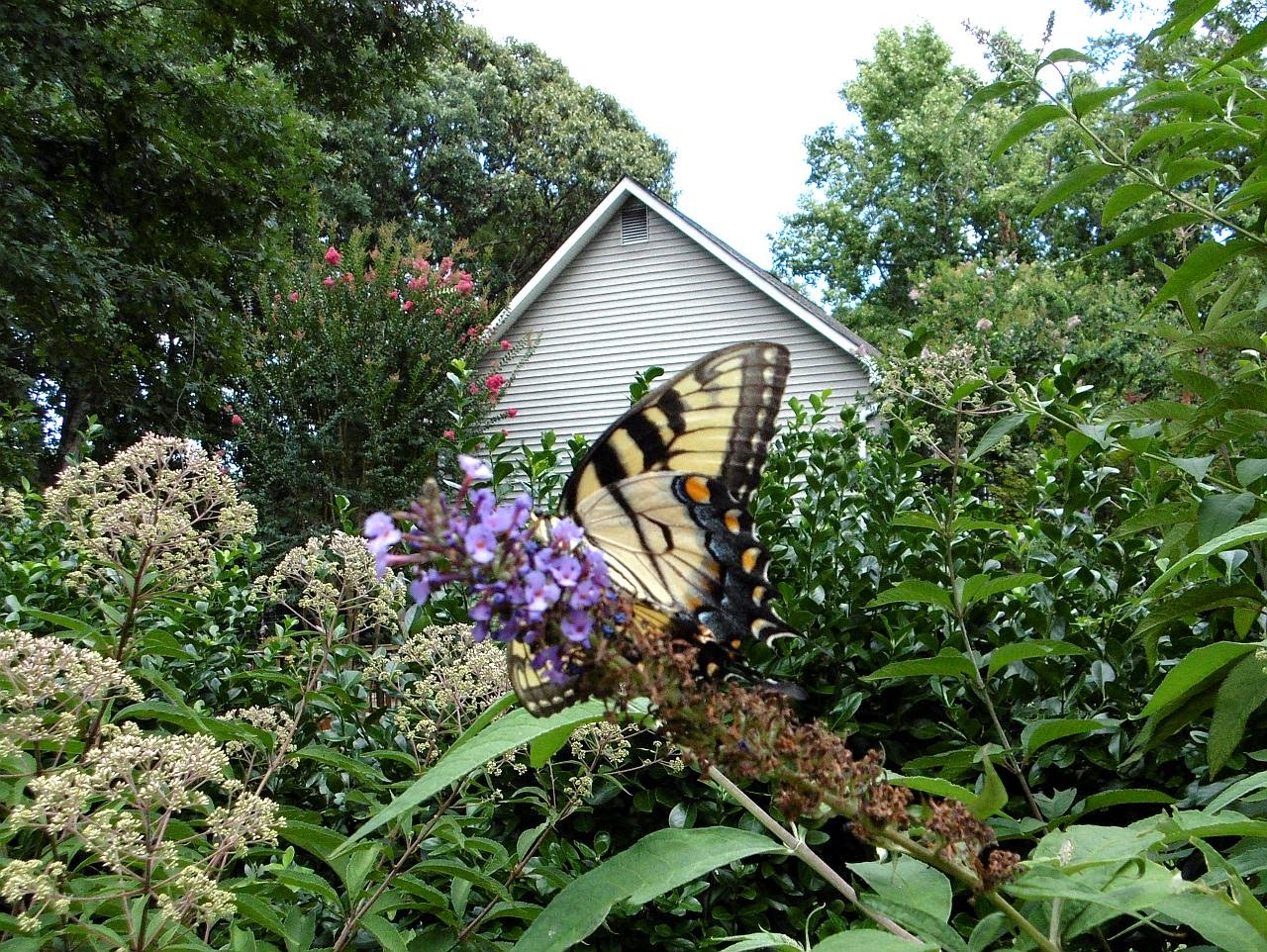 And from the underside.

Still missing, the true Black Swallowtail, which I have seen but rarely over the past two years. Last year we raised one from a little tiny caterpillar to an adult female.
Posted by Fritz at 1:44 PM