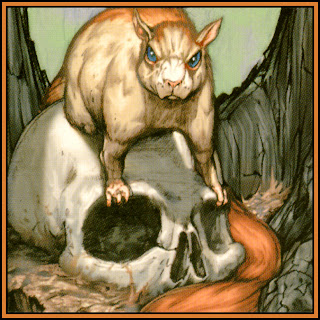 Squirrels are the leading cause of data center crashes

Squirrels may be the data center's enemy number one. Level 3 Communications say that they accounted for an astounding 17 percent of all of their cable damage last year.

The thing is, squirrels are little chewing machines, and they love to chew right through whatever is in their way, even if it's a critical fiber-optic cable or (bad news for the squirrel) a live power line.

That's what happened to Yahoo a couple of years back, according to Mike Christian, a director of engineering at Yahoo. " A frying squirrel did take out half of our Santa Clara data center two years back," he said, speaking at the Velocity conference in Santa Clara, California last month. 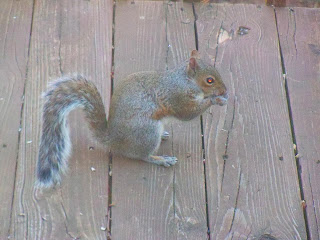 Even worse, they're willing to die for the cause.

Steven Hebert, a wildlife specialist with Swat Pest Control in San Jose, Calif. says that most of the time the culprit is the eastern grey tree squirrel. These guys don’t hibernate or burrow like their ground squirrel cousins.

We just had a power failure here, in fact, a series of short failures.  It seems to be back and stable now, but we're in the middle of a bunch of pop up thunderstorms so I'm glad I renewed the battery on my data saver so that it will hold my computer up long enough for a controlled shut down.

Even though it's probably the storms, I'll blame the crafty little squirrels for weakening the trees, or shorting the lines.
Posted by Fritz at 6:27 PM