Out of Breath at The Beach 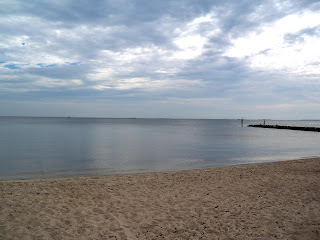 Another beach day much like yesterday, warm, muggy, partly cloudy, but as always happens, somehow different too. 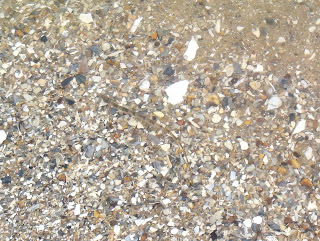 Today, what was different was the Bay.  We appear to have been on the edge of a low oxygen event, caused by a couple days of consistent south winds, which move the bottom water up on our shore through a process called upwelling. 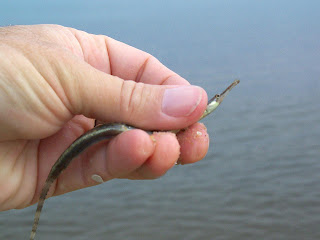 The first clue to that was a large number of pipefish, hanging right in the surf zone.  Pipefish are a relative of seahorses, both have their bodies armored in strong scales, a tubular mouth and an unusual form of reproduction where females lay eggs in a pouch that the male has, making them one for the few groups of animals where the males "give birth". 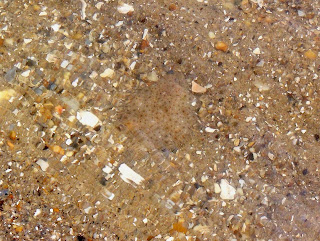 There were lots of other kinds of fish in the shallows as well, including this little flatfish.  Likely a Hogchoker, this may also be a relatively rare Winter Flounder. 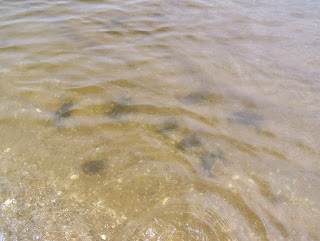 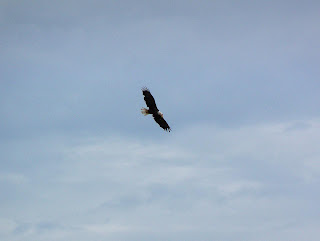 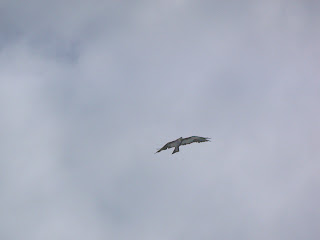 The birds find these so called "crab jubilees" to be a good thing, because it brings a lot of fish up into the surface, for easy pickings.  This eagle was fishing in the nearshore waters.

As was this Osprey. 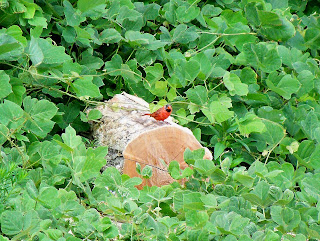 I think the Cardinal in the Kudzu was just a coincidence, though. 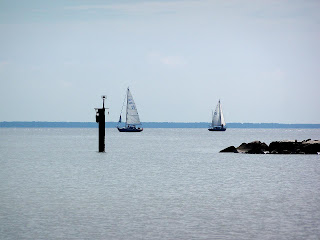 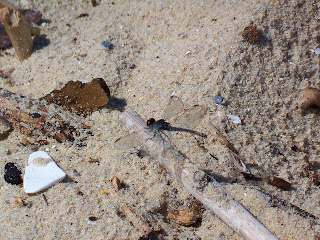 Another dragonfly.
Posted by Fritz at 2:33 PM