There's Something Happening Here, at the Beach 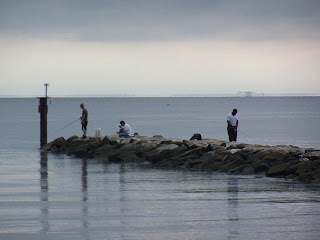 And what it is ain't exactly clear...

We got another early start to beat the heat, and even maybe the rain.  It was mostly overcast, with no wind, and temperature in the mid to high 70s and humid. 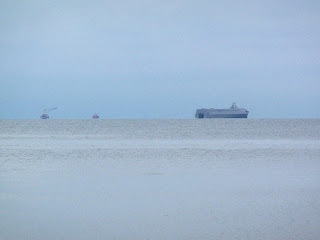 The Navy is doing something offshore, and it's very mysterious.  There were three vessels hanging out near the channel of the Bay, two small and one very large. 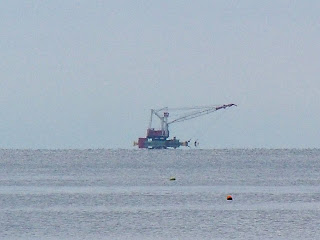 One of the two smaller was clearly a crane mounted on a large barge. 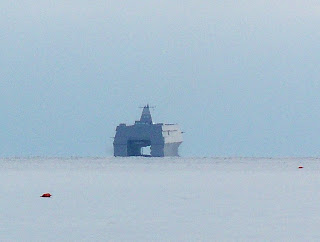 The big ship was odd; a catamaran design with a huge space under the hull.  It looks like another vessel maybe tucked up under there.


They were out there for most of our two hour walk.  Somewhere along the way, the two smaller one disappeared (moved away south or across), and eventually the big catamaran steamed up north. 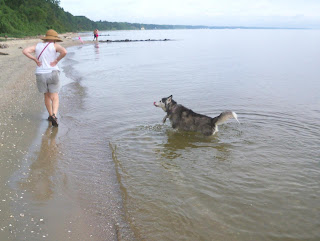 Much like the Honey Badger, Skye don't care.  We attacked her this week with the comb, (it takes one of us to hold her down, while the other combs), and the result was a huge pile of down, and a dog that looks much slimmer and less scruffy. 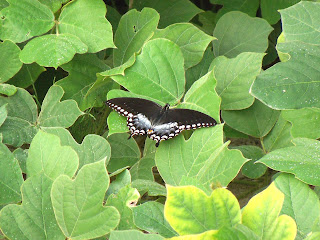 Neither do the butterflies.  Eastern Black Swallowtail or Eastern Tiger Swallowtail black form? or maybe even a Spicebush Swallowtail?

Well, I'll leave that to the taxonomists among us. 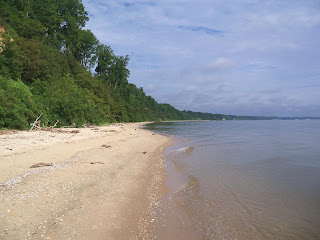 For about 10 minutes the sun actually came out, and it was rather warm. 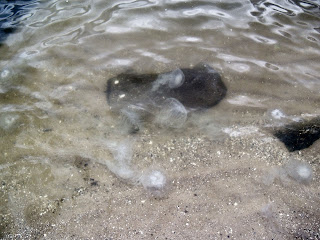 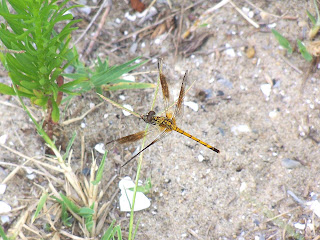 Lots of dragonflies about, but not streaming down the beach the way they had the last two weeks.
Posted by Fritz at 2:33 PM