What Do Dogs and Zombies Have In Common?

The Democrats are trying to register them to vote: Dogs, dead people get election docs from nonprofit

The voter registration form arrived in the mail last month with some key information already filled in: Rosie Charlston's name was complete, as was her Seattle address.

A group called the Voter Participation Center has touted the distribution of some 5 million registration forms in recent weeks, targeting Democratic-leaning voting blocs such as unmarried women, blacks, Latinos and young adults. 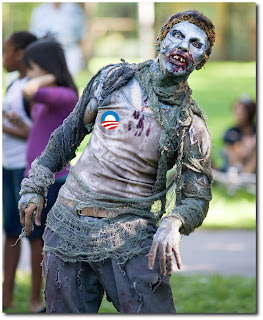 But residents and election administrators around the country also have reported a series of bizarre and questionable mailings addressed to animals, dead people, noncitizens and people already registered to vote.

Brenda Charlston wasn't the only person to get documents for her pet: A Virginia man said similar documents arrived for his dead dog, Mozart, while a woman in the state got forms for her cat, Scampers.

"On a serious note, I think it's tampering with our voting system," Charlston said. "They're fishing for votes: That's how I view it."

Election leaders in Florida, another major swing state, said they received at least 8,000 forms initiated by the center in recent weeks. They also complained about some applications going to dead people, noncitizens, minors and pets. 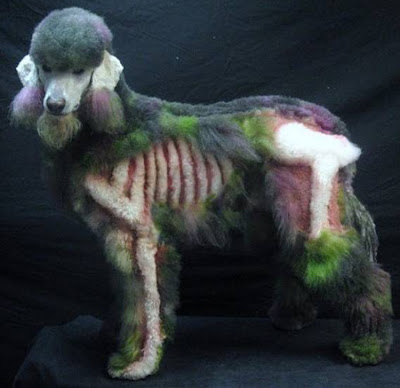 We haven't gotten any papers for Skye to fill out, and if it happens, she'll have to fill them out herself; I'm not going to help her cheat.