We Can’t Live Together During Games, But Gay Couples Can

An Australian Olympic married couple claims they have been prohibited from sharing a room in the London Olympic Village, even though gay couples are reportedly allowed to do so.

Olympic shooters Russell and Lauryn Mark told news.com.au that they are being discriminated against by officials. 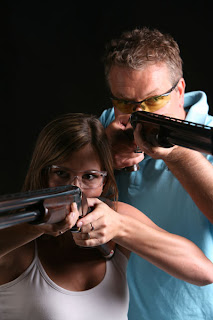 Based on our previous research, it's hard to imagine that the Olympic housing is actually paying that much attention to who is sleeping with who, but in the rare case of a two Olympic athlete family, you would think they might find an accommodation.


“The stupid part of this, which I have argued to them, is that there are tons of gay couples on the Olympic team who will be rooming together, so we are being discriminated against because we are heterosexual,” Russell Mark told news.com.au.

Lauryn Mark additionally told the website that the Australian Olympic Committee has not helped them with their situation.

If the Olympic housing is making a point of allowing gay couples to choose housing together, and don't make that same accommodation for straight couples, married or not, then the Marks have a legitimate complaint.  If the gay couples are just getting together ex-officio, as we have seen the singles do, I don't see the beef. 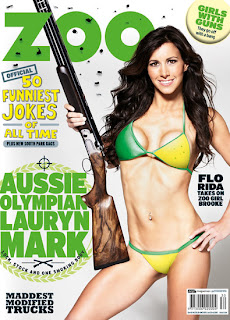 “Basically they said if we want to room together we need to check out of the village and go into a hotel at our own expense. It’s not feasible,” she told news.com.au. “I am very frustrated because in sport there are a lot of same-sex couples and it’s OK to be partners with someone of the same sex, but if you are heterosexual you are penalized.”

Nick Green, head of mission for the Australian Olympic Committee, told the London Evening Standard that the Marks are not being discriminated against.

My guess is that if you have devoted your life to becoming a good enough shot to compete in the Olympics you probably have the financial resources to afford the hotel room.  You may even be able to find someone to help.

“Accommodation and bedding are done in a particular way to ensure all the athletes are accommodated in the village,” Green told the Evening Standard.

The couple has previously come under fire for Russell Mark’s claims that sleeping pills help him, as well as for Lauren Mark’s provocative photo shoot showing her in a bikini on the cover of a magazine.

The two will still take part in the Olympics despite not being able to live together during the games.

I dunno.  While I don't pretend to fully understand the story, it sounds to me like the Marks are looking for excuses to make trouble for the Olympic Committee, and possibly vice versa.

I wish them well in their respective contests, and hope they remember to make the best of it despite choosing to sleep in different beds for the short duration of the Olympics.