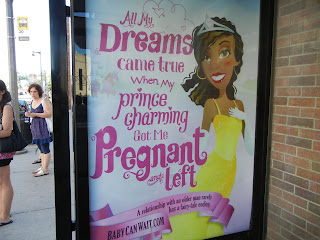 Why prolonged sex is dangerous to males:

Mating can be dangerous. At least 100 years ago, biologists began to speculate that sex in the animal kingdom could be a very risky business. The noises can attract predators, the male is distracted and he has less energy to fight off an attacker or to run away. Perhaps that is why males almost always attempt to finish so quickly. Surprisingly, however, there has been little evidence to support this hypothesis until recently.

Stefan Greif and his colleagues from the Max Planck Institute for Ornithology in Seewiesen, Germany, and his colleagues filmed a colony of Natterer's bats living in a cowshed near Marburg with a large number of houseflies. The flies rarely fly at night, sitting or running on the ceiling where the background echoes hide them from the bats. Finding the flies is nearly impossible for the bats.

But when the flies copulate, the researchers reported Monday in the journal Current Biology, they make a distinctive noise that the bats can home in on. Of the 1,105 acts of copulation observed by the researchers, bats attacked 59 times, consuming both flies almost all the time — thereby obtaining a two-for-one dinner.

To show that it was not simply the increased size of the copulating couple that attracted the bats, the researchers pinned flies in a copulating position to the ceiling. The bats ignored them. But when the team played the sounds of copulation through speakers, the bats attacked the speakers.

So, do it fast, and keep quiet, or the giant bats will getcha...