Top 5 Dog Breeds that Can Land You a Date 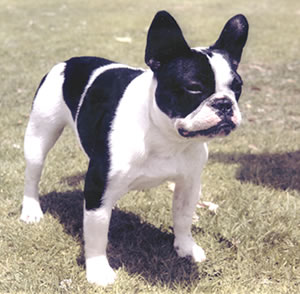 
These pups are strong and muscular, and they make excellent companions. No wonder they make men more appealing in women's eyes.

You must be kidding me; but then again it's women who are doing the choosing here. 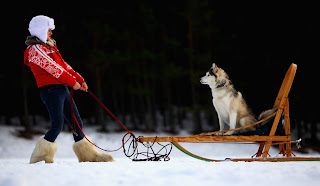 
Their striking blue eyes and outgoing personalities make these animals -- and their owners -- a draw for many women.

Now we're talking.  Frankly, I'm sure that the only reason they're not #1 is the shedding thing, and since women do most of the cleaning... 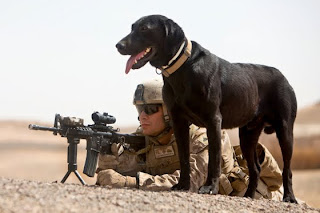 
It seems that both sexes are turned on by people who own these playful pups!

I know, I know, lots of people like 'em, but I find them a little mundane.  Joel likes 'em though, and they get almost as much attention on the beach as Skye. 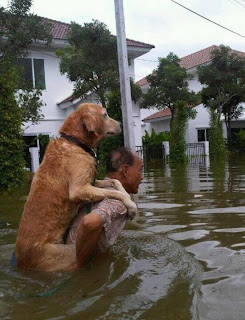 The kind, loyal golden is another animal that has cross-gender appeal.

Meh, a slightly hairier version of a Golden Lab with less personality.  Good for someone who's naturally depressed though, the Golden Retriever has enough high spirits for two or three.  Not the sharpest knives in the drawer though. 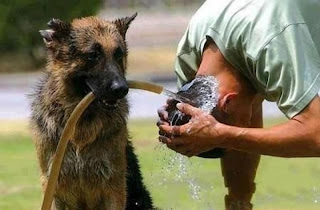 
Topping the list of dogs that attract women are these iconic police dogs, which are fearless and protective by nature. No surprise there!

OK, I suppose, if you can't handle a Siberian.  Still, they have a reputation for being a bit nippy.


As for what dogs help women get dates?  Who cares....

#5: Beagles - At least a girl with a beagle might let you take it hunting.
#4: Poodles? - Actually, Standard (large) Poodles are a pretty neat dog, and no shedding...
#3: Chihuahua - All the skanks seem to keep one around, so if your looking for someone easy...
#2: Labrador Retriever - I hear the women who keep Labs aren't quite as easy as the ones who own Chihuahuas...
#1: Golden Retriever - Everybody loves the dumb blonde...