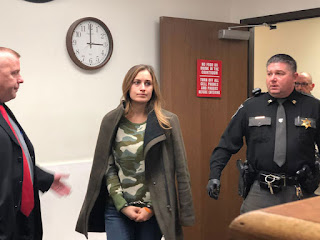 A Kanawha County middle school teacher and former Miss Kentucky has been charged with sending nude pictures to a juvenile male student.

Ramsey Bearse, 28, a teacher at Andrew Jackson Middle School, has been charged with four counts of the distribution and display to a minor of obscene matter.

According to a criminal complaint, the student’s parent informed authorities Wednesday of lewd pictures found on the student’s phone, sent by Bearse. 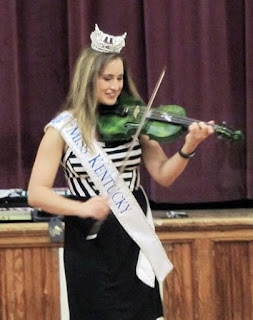 Kid's and their phones, these days, jeez.


The parent, not identified in the complaint, said Bearse was a teacher during some of the time that his or her son attended Andrew Jackson.

On Thursday, Bearse admitted to investigators sending the student at least four photographs of her “nude breast/chest area” through Snapchat, a photo messaging phone app, from around August 2018 to October 2018, according to the complaint. 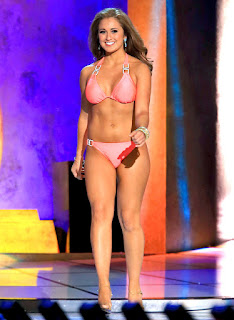 That ain't nude, that's topless, kinda like HBO or Skinamax.


Briana Warner, communications director for Kanawha County Schools, declined to comment, but confirmed that Bearse was a teacher at Andrew Jackson.

“We cannot comment on personnel matters, but we will follow all applicable policies and procedures,” she said. “The safety and security of our students is our top priority.”

Under her maiden name, Carpenter, Bearse was crowned Miss Kentucky in 2014 in the Miss America beauty pageant.

I can't imagine any of my women teachers doing anything like this. Maybe some of the men, though. As sins go, it's kind of an odd one, but not too horrible. Give her a lecture, tell her never to do it again, and send her back to work. 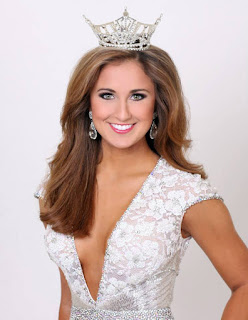 
How the mighty have fallen! What was she thinking? And who was this boy on whom Mrs. Bearse was apparently fixated? Compare her case to the Air Force lieutenant colonel who got caught in a sex “sting” trying to meet a 14-year-old girl:


Newson allegedly tried to meet the teenager he met on a dating app, AJC.com previously reported. However, the teen was an undercover officer for the FBI Metro Atlanta Child Exploitation Task Force.
He was arrested at the Radisson at 1775 Parkway Place in Marietta on Tuesday night. An arrest warrant obtained by Channel 2 Action News said the undercover officer “gave Newson the opportunity to stop communicating several times.”

The Internet has made it easier for people to ruin their lives. 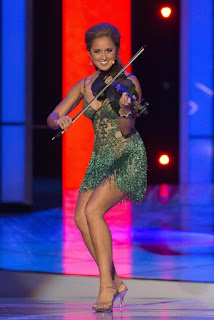 
At the 2015 Miss America pageant, Bearse’s talent was playing the fiddle. It was through playing the instrument, in particular at her grandfather’s birthday party, that Bearse first noticed her MS symptoms. The Press of Atlantic City reported at the time of the pageant that Carpenter had felt “a numbness and a tingling in her hands.” She told the newspaper, “As I was trying to play, I was watching my fingers and I could not control them.” In August 2010, Bearse was diagnosed with MS when she was 20 years old.

Bearse told NBC’s Today in 2015 that thanks to an early diagnosis, in addition to treatments and rehab, she is now symptom-free from MS. She told the show, “I have MS, but MS does not have me.” Bearse borrowed that quote from musician David Osmond, who could no longer perform because of his MS diagnosis. Bearse added that a relapse is always possible. Her chosen charity for the Miss America pageant was Multiple Sclerosis Awareness. In 2015, Bearse wrote an extensive essay about living with MS.