In 1976, 16-year-old model Babi Christina Engelhardt embarked on a hidden eight-year affair with the 41–year-old filmmaker that mirrors one of his most famous movies. Now, amid the #MeToo reckoning and Allen’s personal scandals, she looks back with mixed emotions on their relationship and its unequal dynamic.

Sixteen, emerald-eyed, blond, an aspiring model with a confident streak and a painful past: Babi Christina Engelhardt had just caught Woody Allen's gaze at legendary New York City power restaurant Elaine's. It was October 1976, and when Engelhardt returned from the ladies' room, she dropped a note on his table with her phone number. It brazenly read: "Since you've signed enough autographs, here's mine!" 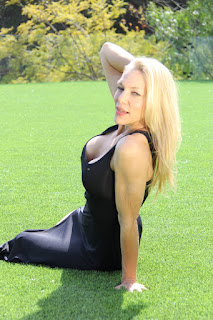 FWIW, the age of consent in New York is 17 and the crime is a Class E felony.


Soon, Allen rang, inviting her to his Fifth Avenue penthouse. The already-famous 41-year-old director, still hot off Sleeper and who'd release Annie Hall the following spring, never asked her age. But she told him she was still in high school, living with her family in rural New Jersey as she pursued her modeling ambitions in Manhattan. Within weeks, they'd become physically intimate at his place. She wouldn't turn 17, legal in New York, until that December. 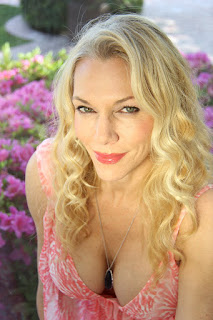 The pair embarked on, by her account, a clandestine romance of eight years, the claustrophobic, controlling and yet dreamy dimensions of which she's still processing more than four decades later. For her, the recent re-examination of gender power dynamics initiated by the #MeToo movement (and Allen's personal scandals, including a claim of sexual abuse by his adopted daughter Dylan Farrow) has turned what had been a melancholic if still sweet memory into something much more uncomfortable. Like others among her generation — she just turned 59 on Dec. 4 — Engelhardt is resistant to attempts to have the life she led then be judged by what she considers today's newly established norms. "It's almost as if I'm now expected to trash him," she says. 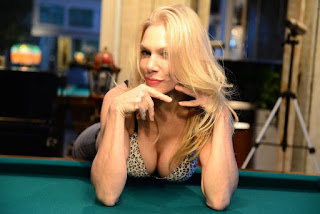 Time, though, has transfigured what she's long viewed as a secret, unspoken monument to their then-still-ongoing relationship: 1979's Manhattan, in which 17-year-old Tracy (Oscar-nominated Mariel Hemingway) enthusiastically beds Allen's 42-year-old character Isaac "Ike" Davis. The film has always "reminded me why I thought he was so interesting — his wit is magnetic," Engelhardt says. "It was why I liked him and why I'm still impressed with him as an artist. How he played with characters in his movies, and how he played with me." 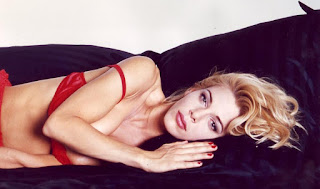 She's not exactly full of regret:


"I was a pleaser, agreeable," says Engelhardt, a fan of Allen long before they met. "Knowing he was a director, I didn't argue. I was coming from a place of devotion." They operated under two key unspoken rules: There'd be zero discussion about his work, and — owing to the celebrity's presumed necessity for privacy — they could only meet at his place. By her count, on more than 100 subsequent occasions, she'd visit him at his apartment at 930 Fifth Ave., where she'd invariably make her way to an upstairs bedroom facing Central Park.

"The curtains were always drawn," Engelhardt says. "The view must have been spectacular." She shrugs. "I wasn't there for the view." 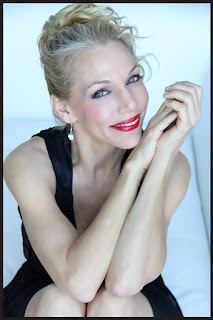 
By Engelhardt's recollection, about a year into the relationship, Allen occasionally began bringing in two other "beautiful young ladies" for threesomes. Engelhardt says she had experimented with bisexuality and at times found the experiences with Allen "interesting — a '70s exploration," she says.

But she felt differently when, after they'd been sleeping together for four years, Allen beamingly announced that he wanted to introduce her to his new "girlfriend." (Engelhardt had presumed she was the girlfriend.) It turned out to be Mia Farrow, who was 14 years older and already famous for Rosemary's Baby and The Great Gatsby.
. . .
Despite the initial shock of jealousy, Engelhardt says she grew to like Farrow over the course of the "handful" of three-way sex sessions that followed at Allen's penthouse as they smoked joints and bonded over a shared fondness for animals. ("When Mia was there, we'd talk about astrology, and Woody was forced to listen," she laughs.) Engelhardt writes in her manuscript, "There were times the three of us were together, and it was actually great fun. We enjoyed each other when we were in the moment. She was beautiful and sweet, he was charming and alluring, and I was sexy and becoming more and more sophisticated in this game. It wasn't until after it was done when I really had time to think of how twisted it was when we were together … and how I was little more than a plaything." She continues, "While we were together, the whole thing was a game that was being operated solely by Woody so we never quite knew where we stood."

She got a little bit of a movie career out of, at least.

The Wombat has Rule 5 Sunday: Merry Christmas! ready for your digital pleasure.