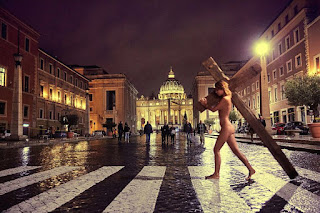 
Controversial Playboy model Marisa Papen has been arrested after doing a nude photo shoot of her being crucified on a cross at the Vatican.

This is the second time the Belgian model has been arrested after being imprisoned for posing naked at the Karnak Temple Complex near the Egyptian city of Luxor. 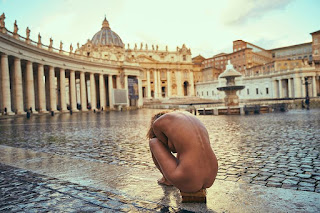 I blogged that one back in Sept, 2017, and one at the Wailing Wall in Israel in June.


In one image from the model’s photo shoot she is dragging a large wooden crucifix across the street with St Peter’s Basilica clearly visible in the background, The Sun reports.

In another photo, the 26-year-old is tied by rope to a wooden cross as a man appears to mark a cross in red on her forehead.

I really don't have a problem with this. I've been through the Vatican, and it's full of nude art.

The Wombat has Rule 5 Sunday: Merry Christmas! ready for your digital pleasure. 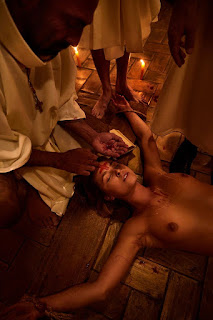 A third image shows Papen sitting on a stack of bibles on the wet cobblestones in St Peter’s Square.

The pair was chased by Italian police after Papen and Walker were caught in the middle of the unconventional photo shoot on Sunday.

“I was right in the middle of putting on my underwear when two police cars suddenly arrived and another four cops approached us on foot, brandishing their batons and saying ‘passports please’,” Papen said. 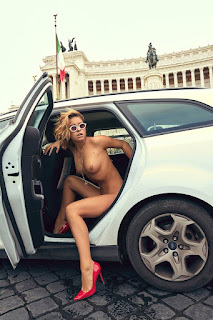 Where would she keep the passport?


The pair was taken to the police station where they were questioned and detained for 10 hours.

Afterwards, they were taken to their Airbnb rental apartment where cops found the large wood crucifix and other props such as rosaries, fake blood, priest outfits and a crown of thorns.

The pair had their fingerprints and mugshots taken before being released.

“There we were again, behind bars in a tiny little cell with dirt and ash on the floor. Jesse and I looked at each other and we burst out laughing,” Papen said.

At this point she's tried to offend all three major western religions. What's next, a trip to India to protest Hindu hypocrisy or Japan to offend the guys with samurai swords?

Whatever it is she's protesting, keep doing it to keep her going. 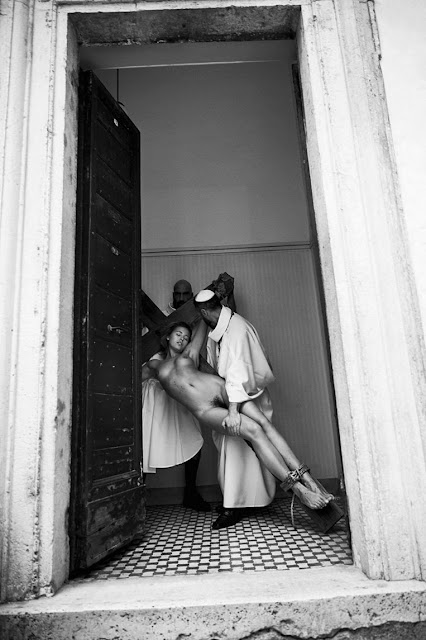