Reign of Pain Update: Trump Helps the Coasties Get the Check Cut 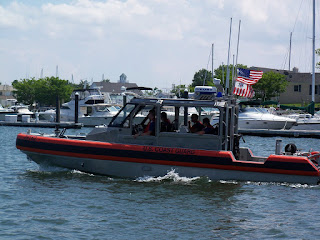 Concerned about U.S. Coast Guard forces losing a paycheck in the partial government shutdown, President Trump personally urged his team to find a solution that would allow the administration to make this week’s $75 million payroll, according to officials.

Trump stepped in on Wednesday, calling on top lawyers and staffers to determine if the Coast Guard could make payroll despite being included in the shutdown that has impacted about 25 percent of the government, including the Department of Homeland Security, which houses the Coast Guard.

Military personnel under the Department of Defense are not included in the shutdown, because their appropriations were approved earlier in Congress.

At his urging, the Office of Management and Budget, DHS and the Coast Guard determined that the rules governing pay to Coast Guard forces requires it be made through the end of the year. To make it, the lawyers said that unused funding could be tapped for pay. The service had a bit more than the needed $75 million left over from its past continuing resolution appropriation, enough to make this month’s last payroll check.

“The president is trying to make the shutdown as painless as possible for workers, and this case proved it,” said an official.

My question is why the DHS officials didn't see fit to use the unused funding more salaries on their own. The Smithsonian did.  Were they more interested in having something to bitch about?

This only solves the problem for one pay period.


"Will I get paid on Jan. 15? This approval only covers the Dec. 31, 2018 paycheck. It does not guarantee a paycheck on Jan. 15, 2019. Meeting active duty and reserve military payroll for January 2019 will require a fiscal year 2019 appropriation, a continuing resolution, or passage of an alternative measure."