A Tough Day in the Russiagate Mines

For Michael Flynn, who went in for what he thought was a simple sentencing to no jail time on his lone charge of lying to Peter Strzok, and some other agent whose name we're supposed to pretend we don't know, and instead, was grilled by the Judge Sullivan on whether he was really sticking to his guilty verdict (he did) and then accosted by the judge who, stripped down to his essentials, accused Flynn of treason in the uncharged crime of being an unregistered lobbyist for Turkey while in office (he was, almost certainly an unregistered lobbyist for Turkey in violation of FARA, a law that has been enforced about as often as the Logan Act, but not at the same time he was National Security adviser.) The prosecution rebutted that, and the judge, somewhat churlishly backed off that claim, but nonetheless delayed Flynn's sentencing until sometime after New Years (March?) so that Mueller could continue to shake him down over FARA. 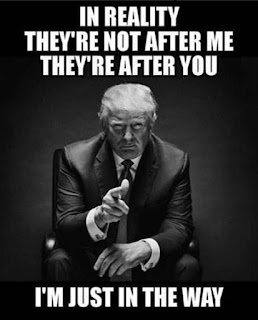 Judge Emmet Sullivan even asked a prosecutor in special counsel Robert Mueller’s office if he believed Flynn could have been charged with treason for his conversations with then-Ambassador Sergey Kislyak before Trump took office in early 2017. The prosecutor said Mueller had not considered lodging such a charge.

Sulllivan warned Flynn that if he did not accept an offer to postpone his ongoing sentencing hearing on a charge of lying to the FBI about what he and Kislyak discussed, “I cannot assure you that if you proceed today, you will not receive a sentence of incarceration.”

One mistake by the judge, the crime of treason is one of few specifically spelled out by the constitution:


Treason against the United States, shall consist only in levying war against them, or in adhering to their enemies, giving them aid and comfort. No person shall be convicted of treason unless on the testimony of two witnesses to the same overt act, or on confession in open court.

He most certainly did not make war against the United States, and Turkey is not an enemy, but a NATO ally, albeit a somewhat unsteady one.

The judge also queried the prosecution as to whether Flynn had been granted immunity from FARA prosecution. Apparently the answer is no, and that may explain why the judge extended sentencing until Flynn completes his cooperation with Mueller on the FARA prosecutions of his partners which was announced, just coincidentally I'm sure, a few day ago. 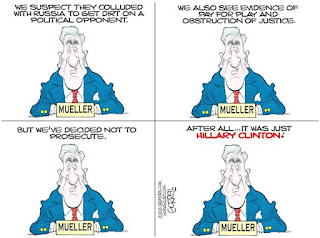 I myself, am not too upset about the FARA violations, at least not until the Clinton.com mob and the Podestas are brought up on those charges.

Of course, there's a shit ton of speculation as to what this all really means. Flynn supporters wonder if Sullivan was trying to goad Flynn into revoking his plea so the Judge could proceed to excoriate the prosecution, but with Flynn still potentially on the hook for FARA that would be a bad move for Flynn. Don Surber (via Wombat's In The Mailbox: 12.19.18) claims Judge Sullivan sold our country out. From Mediaite, Dan Abrams: Michael Flynn Got ‘Railroaded,’ Judge ‘Either Unprepared’ or ‘Vindictive’


Abrams seemed particularly troubled by Judge Sullivan asking prosecutors about treason. “Words matter” Abrams asserted, but noted while he thought Flynn was treated “unfairly,” he did not think it was politically motivated.

“This is a judge who has been appointed to the bench by Reagan, Bush and Clinton,” Abrams said. “I think a lot of people on the right were counting on him to be the savior of Michael Flynn — but it ended up being the opposite today in court.”

“He was either unprepared, or he was just being vindictive,” he asserted.

I'm going to just dispose of the rest of today's Russiagate with a list. Just dive in:

Ace of Spades HQ: Clinton-Appointed Judge in Flynn Sentencing Hearing Accuses Him of Treason, Suggests He'll Sentence Him Beyond What the Plea Deal Calls for

Is Sergey Kislyak Central to the Set-Up of Michael Flynn? – American Greatness

The question looming over Michael Flynn's sentencing: Why did he lie?

The FBI Manufactured '302s' before Mueller

Althouse: "Most of those surveyed, 53 percent, say they have a lot or some trust in Mueller; just 38 percent have little or no trust in the former FBI director and his investigation to be fair and accurate."

Wow: Christopher Steele Says He Was Hired To Help ‘Challenge The Validity Of The Outcome’ Of 2016 election | Weasel Zippers