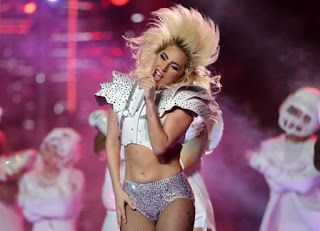 ‘I’m proud of my body': Lady Gaga sends a message to her Super Bowl body shamers

Attention, everyone: Lady Gaga does not have a pot belly.

The superstar’s midsection came under intense scrutiny by social-media body shamers, one of whom called her out for having a “pot belly,” when she changed into a tummy-exposing crop top during the final portion of her Super Bowl LI halftime show. 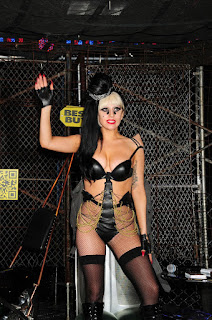 
“Trendsetter Lady Gaga sets trend of women walking around with ‘over the belts’ pot belly,” one Twitter user wrote. Another couldn’t help but tweet, “that belly flap though.”

Gaga learned of the comments and put the shamers to shame, firing off a post that is in keeping with her message of inclusion and empowerment to her more than 21 million Instagram followers: “I heard my body is a topic of conversation so I wanted to say, I’m proud of my body and you should be proud of yours too. 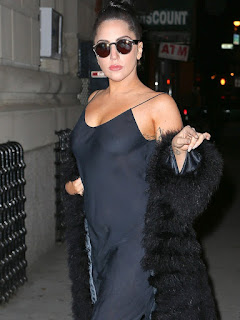 And she does take nearly every possible opportunity to expose as much of it as possible, (NSFW link) not that that's a bad thing.


“No matter who you are or what you do. I could give you a million reasons why you don’t need to cater to anyone or anything to succeed. Be you, and be relentlessly you. That’s the stuff of champions. thank you so much everyone for supporting me. I love you guys. Xoxo, gaga”

Her post drew mostly positive reinforcement in the responses: “I thought you looked gorgeous. [Your] body is healthy and beautiful so idk why people are making a big deal about it.” 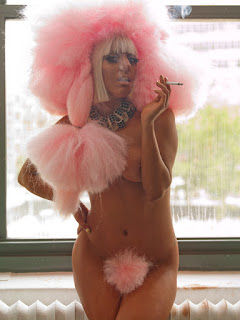 Another wrote: “You tell ’em Gaga! <3 You can’t bring down someone who dedicates her life to encourage self-worth and empowerment in everything she does!”

Gaga trained for months for what she said would be a “tremendously athletic” 13-minute Super Bowl show that she described “as full-on cardio. It’s cardio while singing.”

“I am going to have to say that the preparation for this show is the show business version of the athlete,” she said in a news conference last week in Houston. “Myself and my dancers have been training for months for this.”

I have to say, I haven't been a real fan of Lady Gaga in the past, and I'm not really enamored of that genre, but the exhibition she put on at the Superbowl was damned impressive, if only from an athletic and endurance perspective.

Wombat-socho has "Rule 5 Sunday: Valentine’s Day Pinup Edition" up at The Other McCain, more or less on time and within budget.