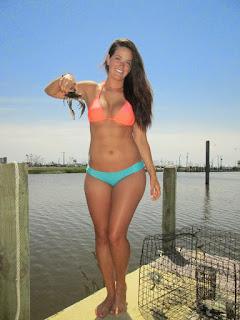 Prediction: 2017 Will Be a Banner Year for Blue Crabs


"Going into this year we've hypothesized that this year will be even better than last year," says John Rorapaugh, the long-time sustainability director for ProFish in Ivy City. He says 2013, 2014, and 2015 were, by contrast, difficult years. The seafood wholesaler tracks how much blue crabs cost each month during crab season, which is officially from April 1 through Dec. 15. When crabs are scarce in the Chesapeake Bay, it drives up the price per bushel.

Furthermore, the wholesale price of blue crabs correlates with their quality. "The more expensive they are, the less quality they have, at least in the peak of the season," Rorapaugh says. "When they're abundant, they're usually the best." 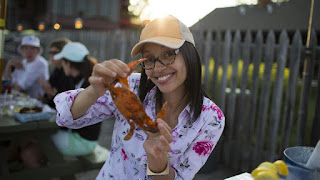 The region experienced two mild winters in a row (including this one), which is one main factor contributing to crab giddiness 2017, but there's more to it. Over the last couple of years, there has been a resurgence in natural grasses in the Chesapeake Bay, according to Rorapaugh. These grasses protect juvenile crabs from predation and other threats, enabling them to thrive.

Though he doesn't have any scientific studies to back it up, Rorapaugh theorizes that oyster restoration in the bay has had a lot to do with sea grass regrowth because oysters act as filters. "Jay the photographer will go out and dive where they put three billion oysters and say he can see for 10 feet," Rorapaugh says. He's talking about Jay Fleming, who photographs Chesapeake Bay seafood and watermen and published the book, "Working the Water."

His guess is as good as any.

I'm still agnostic on the idea that the Bay has turned a corner on water quality. 2015 was a remarkable year for water clarity, while last year was good but not great. While the trend seems positive, the year to year variation is still large enough to generate false positives and false negatives.

Wombat-socho has "Rule 5 Sunday: In Like A Lioness" up and running at The Other McCain.
Posted by Fritz at 4:38 PM